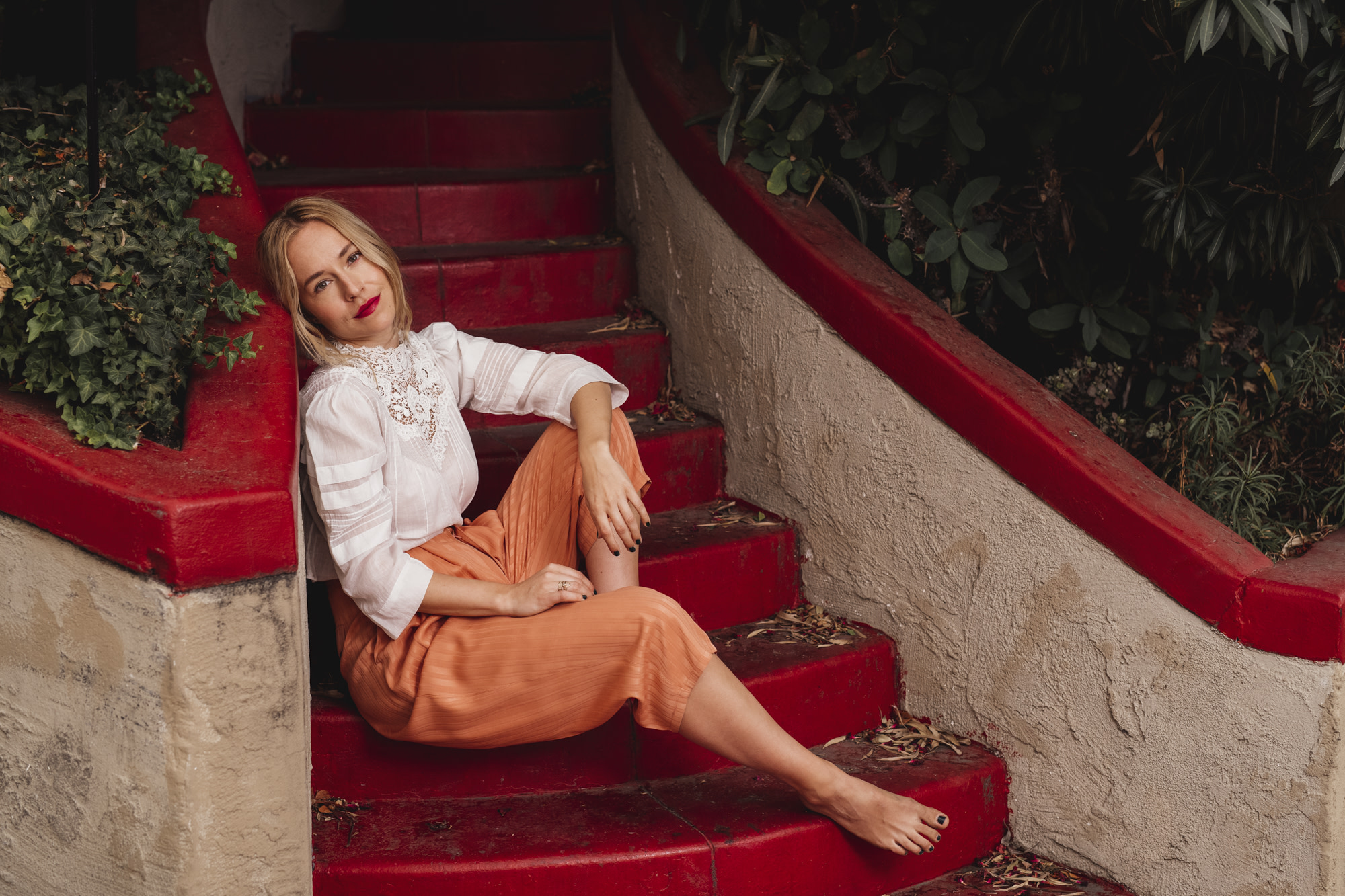 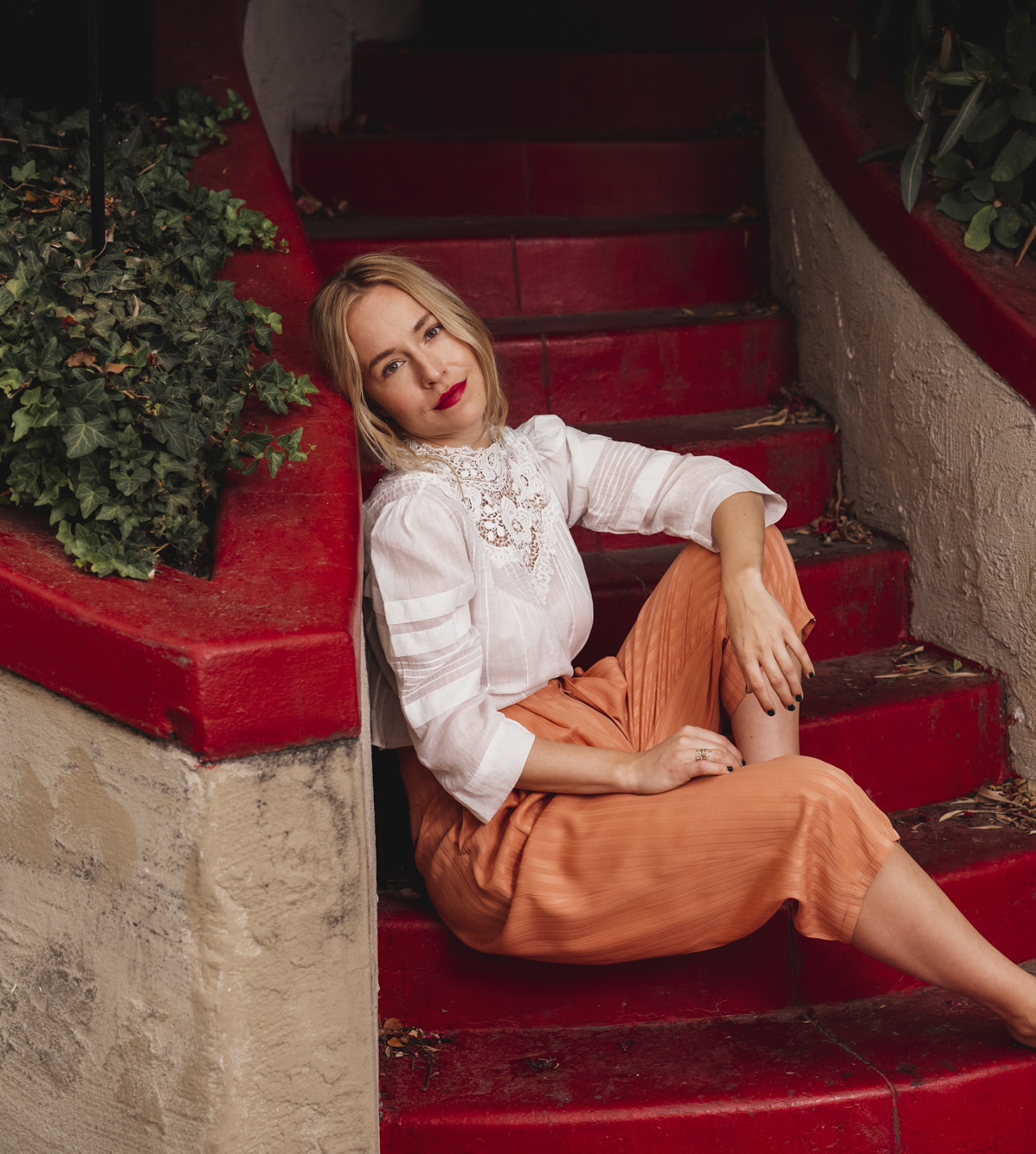 The Barry star on being down and out in London, lucky breaks, and the uniquely American pressure to be famous.

I grew up in Vancouver. Talk about winning the lottery. Western Canada in 1985 was a good spot to be born.

Vancouver also has the greatest weed in the world, apparently. But I didn’t really smoke that much in high school. I was a bit of a goody-two-shoes. 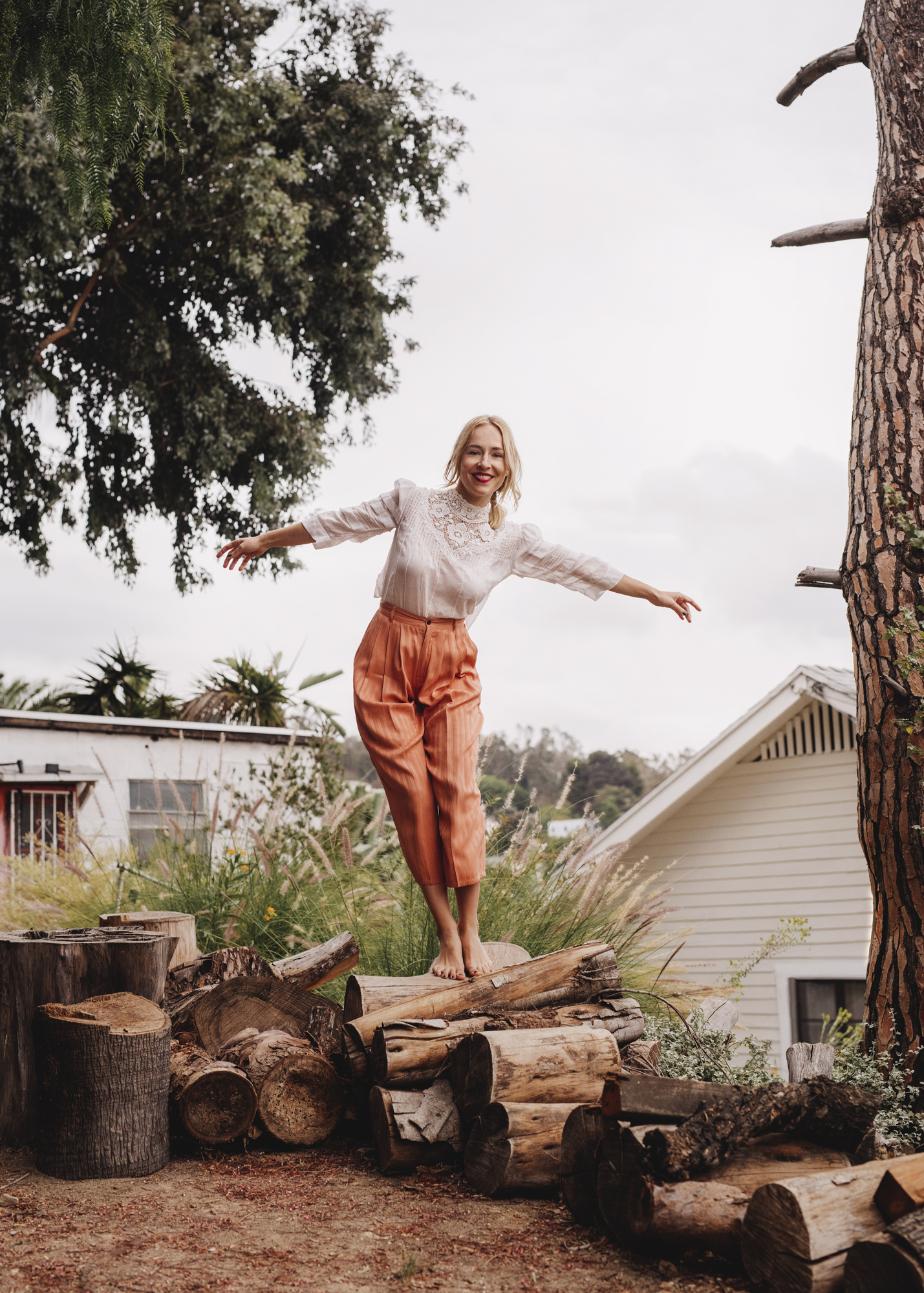 My relationship with weed is like that really good friend from summer camp that you see once a year.

I was in close proximity to addiction as a child, so being around drugs and alcohol in my teens made me uneasy. It took me a while to develop my own boundaries around any kind of substance. Now, my relationship with weed is like that really good friend from summer camp that you see once a year. You have the best time every time you see them, and you’re like, “We should hang out more!” But then you don’t. It’s something that I’ve had lovely experiences with, but not something that’s ever a part of my daily life. Though, between Trump and Kavanaugh, I’m thinking about changing my relationship to cannabis. Definitely feels like the time.

I don’t really remember a time when I wasn’t acting or interested in storytelling. I was always attracted to theater. I had this incredible acting teacher, Michael Wener, in high school. He’d been this sort of wild child in the fringe theater scene of Canada, and he really instilled a work ethic in me and an understanding of what this job is really like. We’d rehearse from 3 PM to 10 or 11 PM on a school night. My senior year, I decided I was going to go to Juilliard or nowhere because I was a precocious little shit. But, luckily, I didn’t get in. That was the best thing that ever happened to me.

After graduating, I backpacked through Europe with my best friend and fell in love with London. I could feel it in my bones: I had to live there. So I applied to the conservatory program at LAMDA, got in, and at 19, with stars in my eyes, I moved to the U.K. 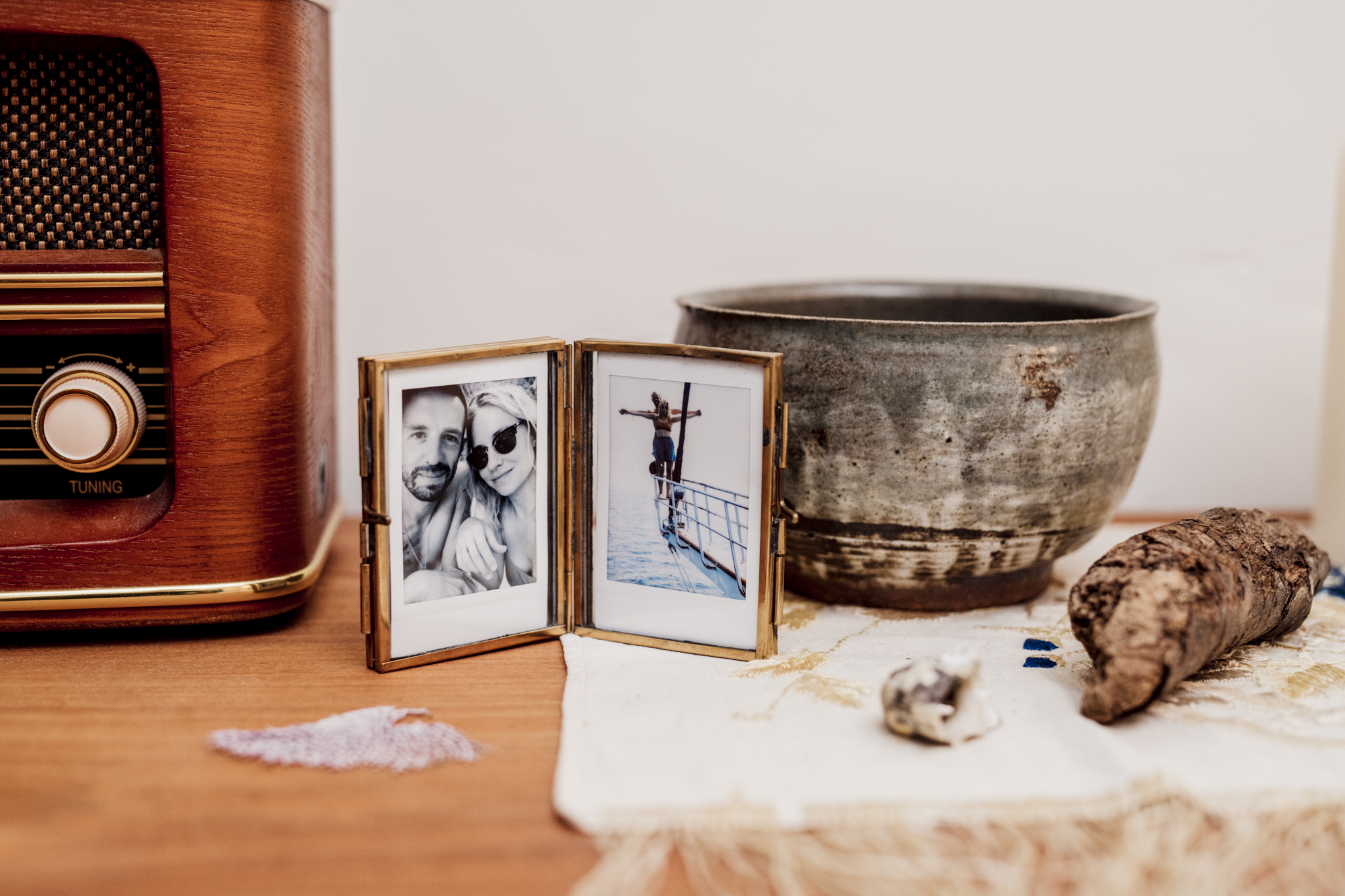 You do eight shows a week, and at the end of the day they give you almost enough money to pay your rent. 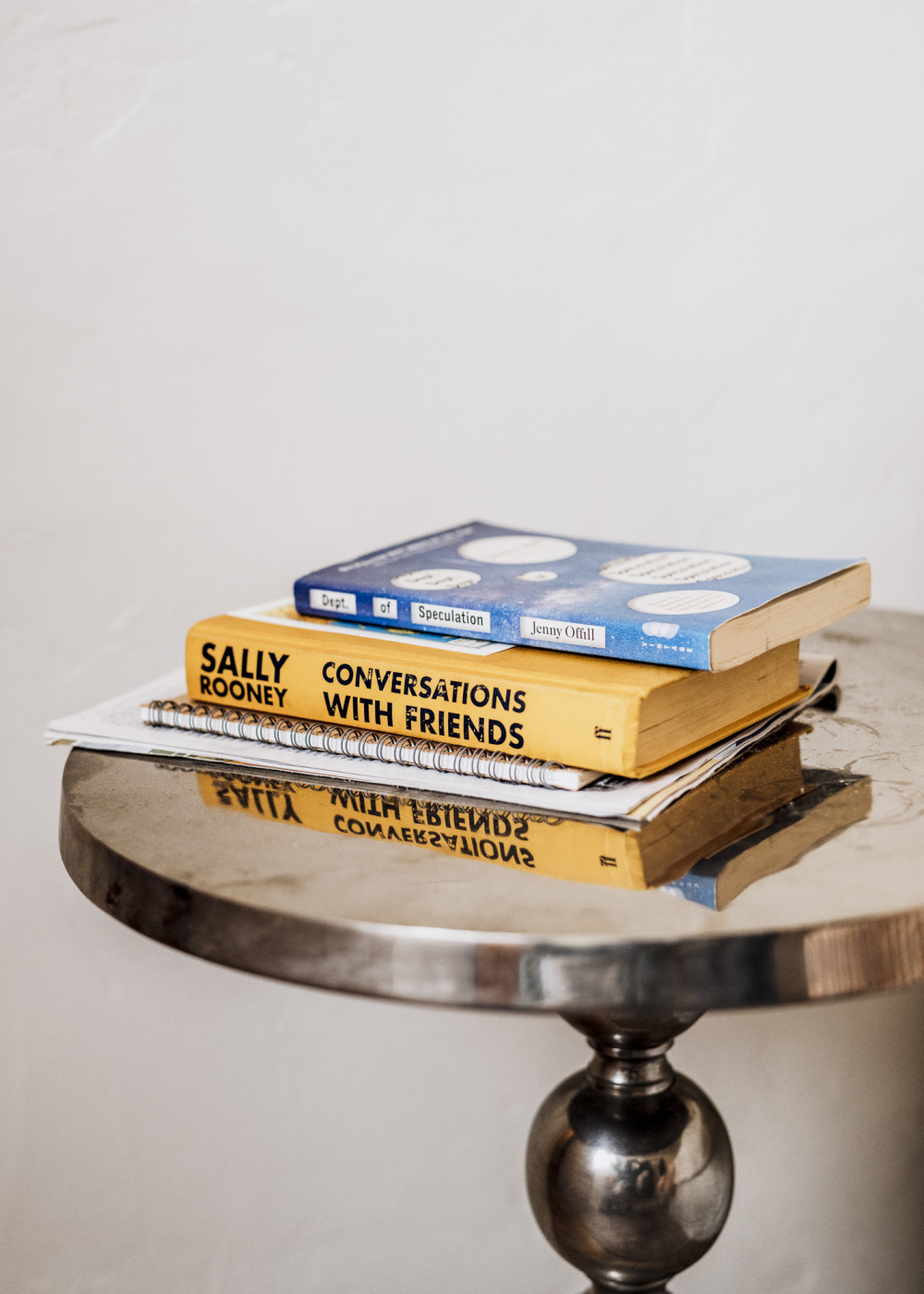 By the time I graduated, I had built a life there, and I really didn’t want to leave. I managed to get a role in a play at the Young Vic Theatre, which was a dream come true. I mean, I think I only had a handful of lines in it, but it meant the world to me that I got this job. It was a lovely entrance to what being an actor is: you do eight shows a week, and at the end of the day they give you almost enough money to pay your rent.

When the play finished and I was definitively unemployed, the reality of just how hard it was going to be set in. I waitressed, and I babysat, but then my North American accent came in handy, and I started getting these really odd voice-over jobs to subsidize my rent. From there, I did motion-capture video games and these strange in-house videos for Best Buy employees. I filmed a series of videos written by a Swedish woman for German kids learning English that was called What’s In, What’s On, and What’s Up. Being yelled at by this Swedish woman as I tried to correct the grammar for these Germans who were going to be learning English is probably my worst memory of that period. 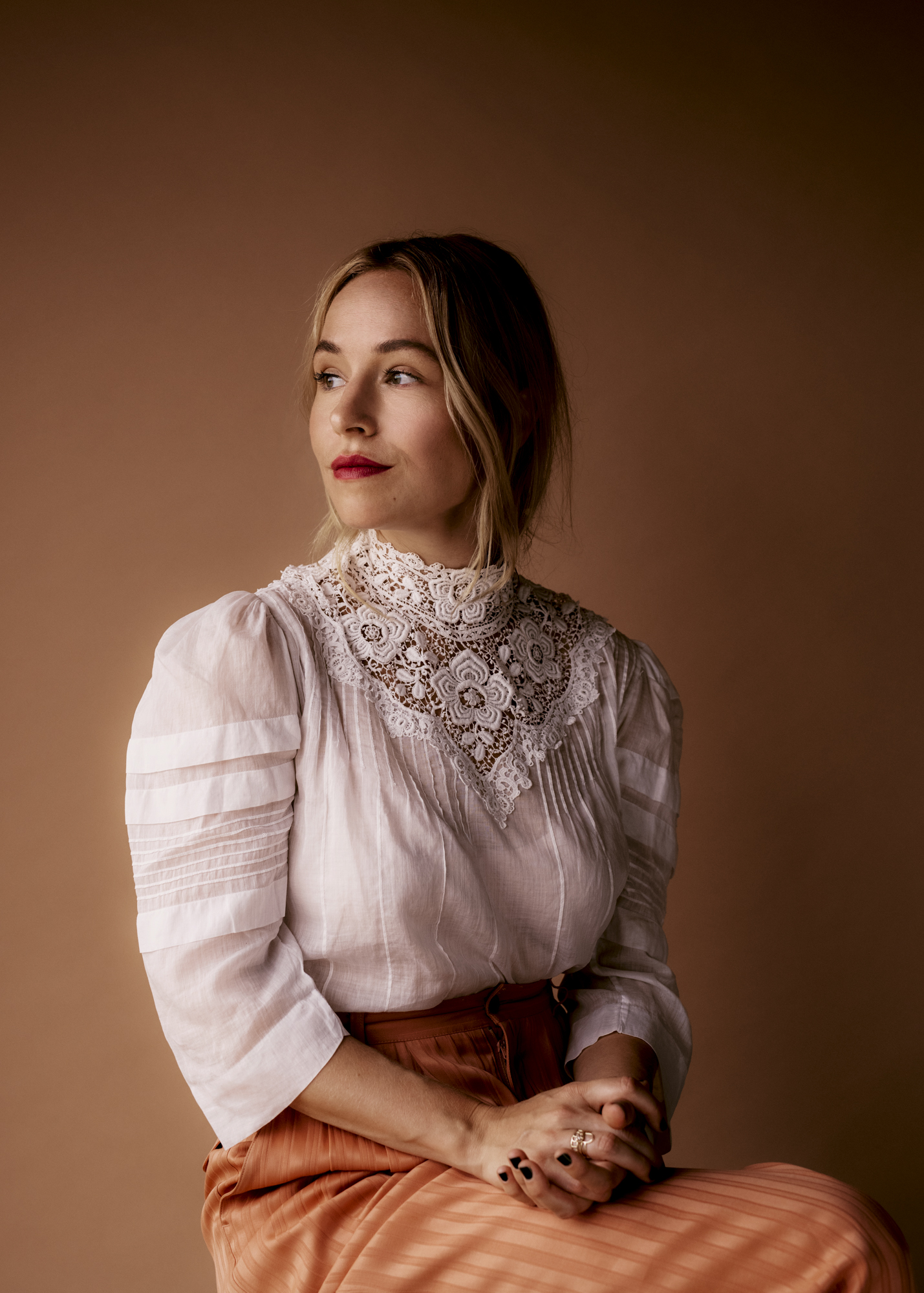 I always knew it was gonna be tough, but I sort of felt like, “Well, this is it. This is what I signed up for.” But I got really lucky. There was a girl who came into the pub every night. We didn’t really know each other, but she got a job in casting at the Bush Theater and was looking for a North American actress to do this play called Apologia. She got me in for a reading, and that changed my life.

They hired me, and through that job, I met a lot of extraordinary people who I ended up working with over the next few years. It changed the course of things for me over there. It felt like, at last, I had a little passport into the London theater community. 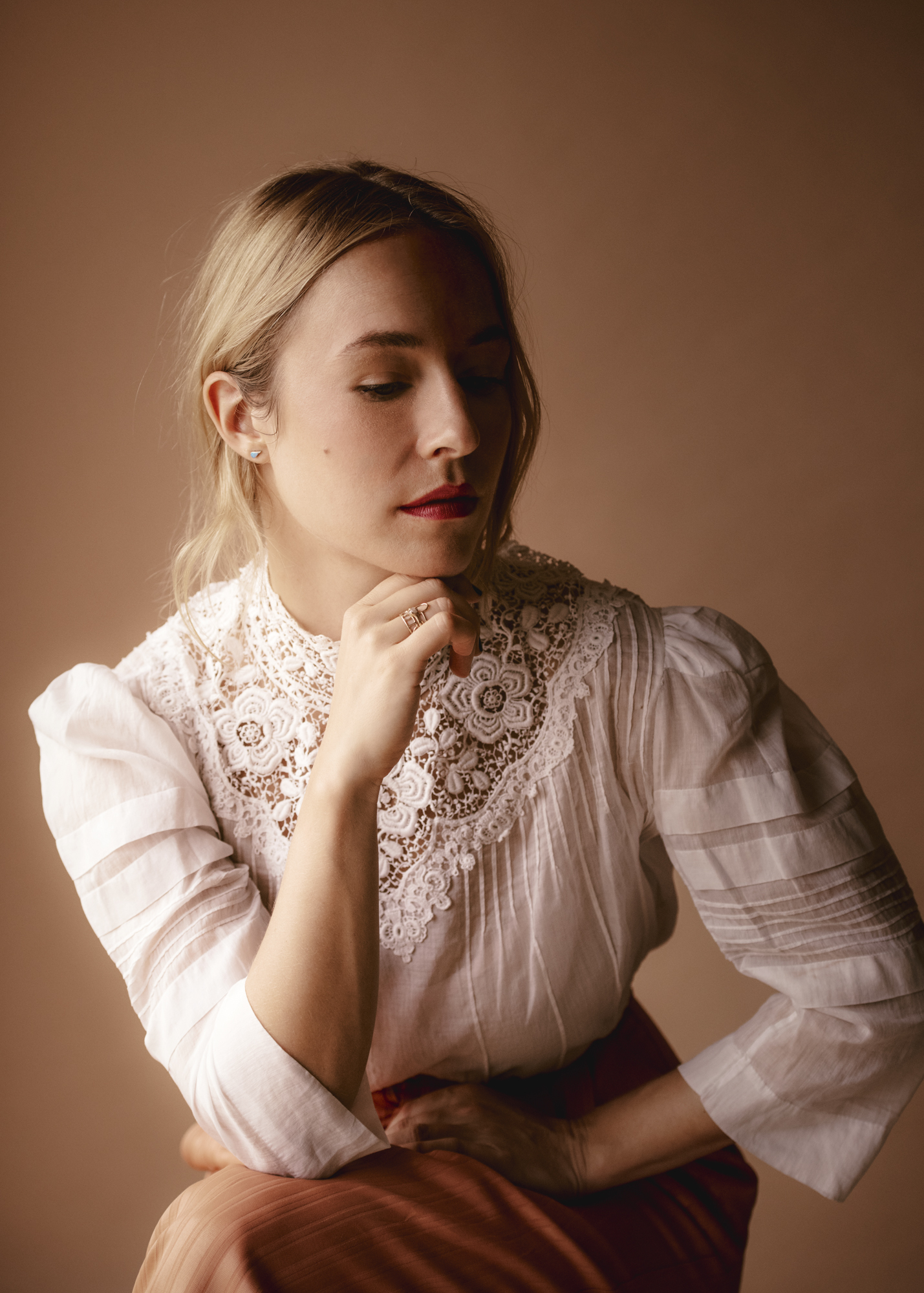 My first job in New York was doing Look Back in Anger Off Broadway with Adam Driver and Matthew Rhys. I started going back and forth between there and London, doing other plays. But by the time I ran out of visa options in the United Kingdom, I was exhausted. It felt like I was drowning in the middle of the Atlantic Ocean.

Everybody goes to the theater in the U.K. because it’s accessible. Tickets are affordable. So many theaters are government subsidized, and there are all kinds of schemes where you get £5, £10, and £15 tickets. So there’s a kind of democracy to the whole thing. In New York, theaters are dependent on their subscribers, and everything is based around not losing them. Because without them, these buildings will shut down. The rent on a Broadway space is 10 times the rent of a West End space. The cheapest ticket you can get, even for Off Broadway, is $80. That means you go out for dinner, and you’re out close to $200 in a night. Nobody can afford it, and this makes it very exclusive. If you limit the audience to wealthy, older white people, it changes the type of play you can put on. Don’t get me wrong, the theater community in New York is beautiful—I absolutely love and adore it—but the commerce of it is just a different beast. 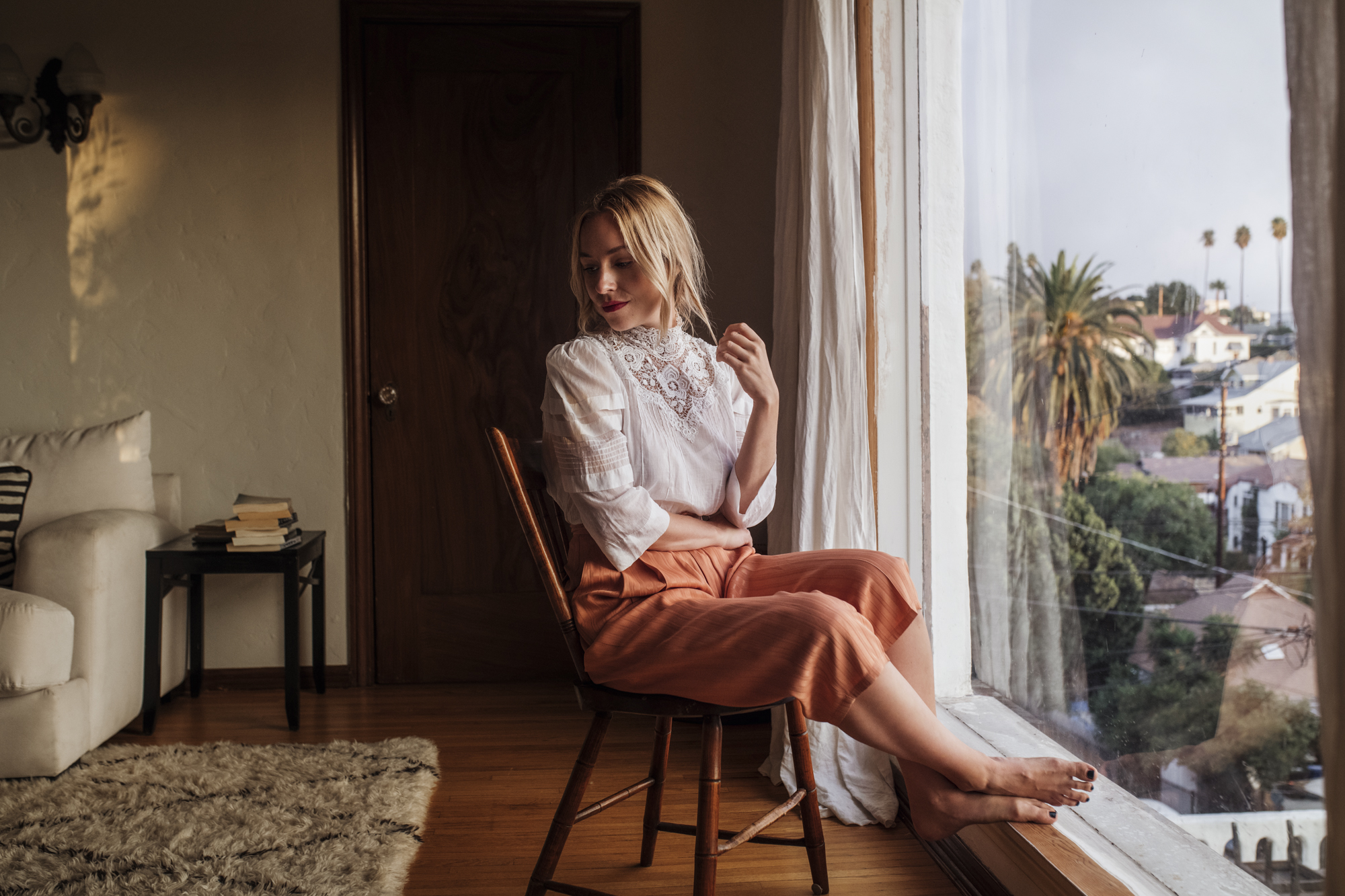 I think there’s a lot of pressure in the United States to become a famous person in a way that people in the U.K. don’t really give a shit about. 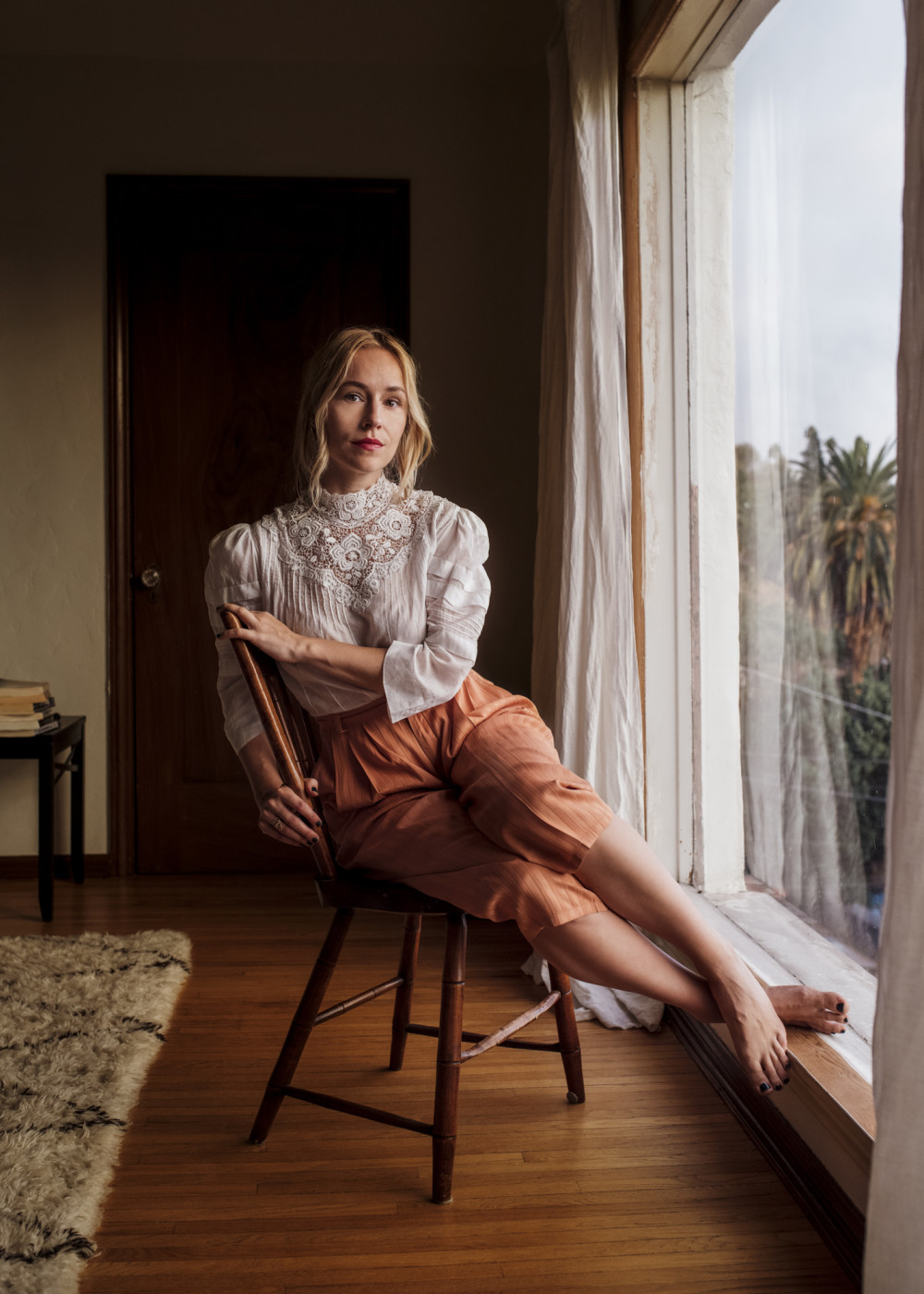 I think there’s a lot of pressure in the United States to become a famous person in a way that people in the U.K. don’t really give a shit about. You can work there and be a successful theater actor without having to have a big name. In the U.S., I felt like if I didn’t get some kind of TV visibility, those theater parts might dry up. Because they need to sell tickets, and famous people sell tickets.

When I started working in film and TV, I was so overwhelmed. I started with these tiny little jobs, including a one-liner in The Dark Knight Rises, which ended up in voice-over. But you go onto these massive sets, and there are so many people, and everybody looks at you like you know what you’re doing. It made me miss the theater—that feeling of community, that we’re all going to hold hands and jump together. 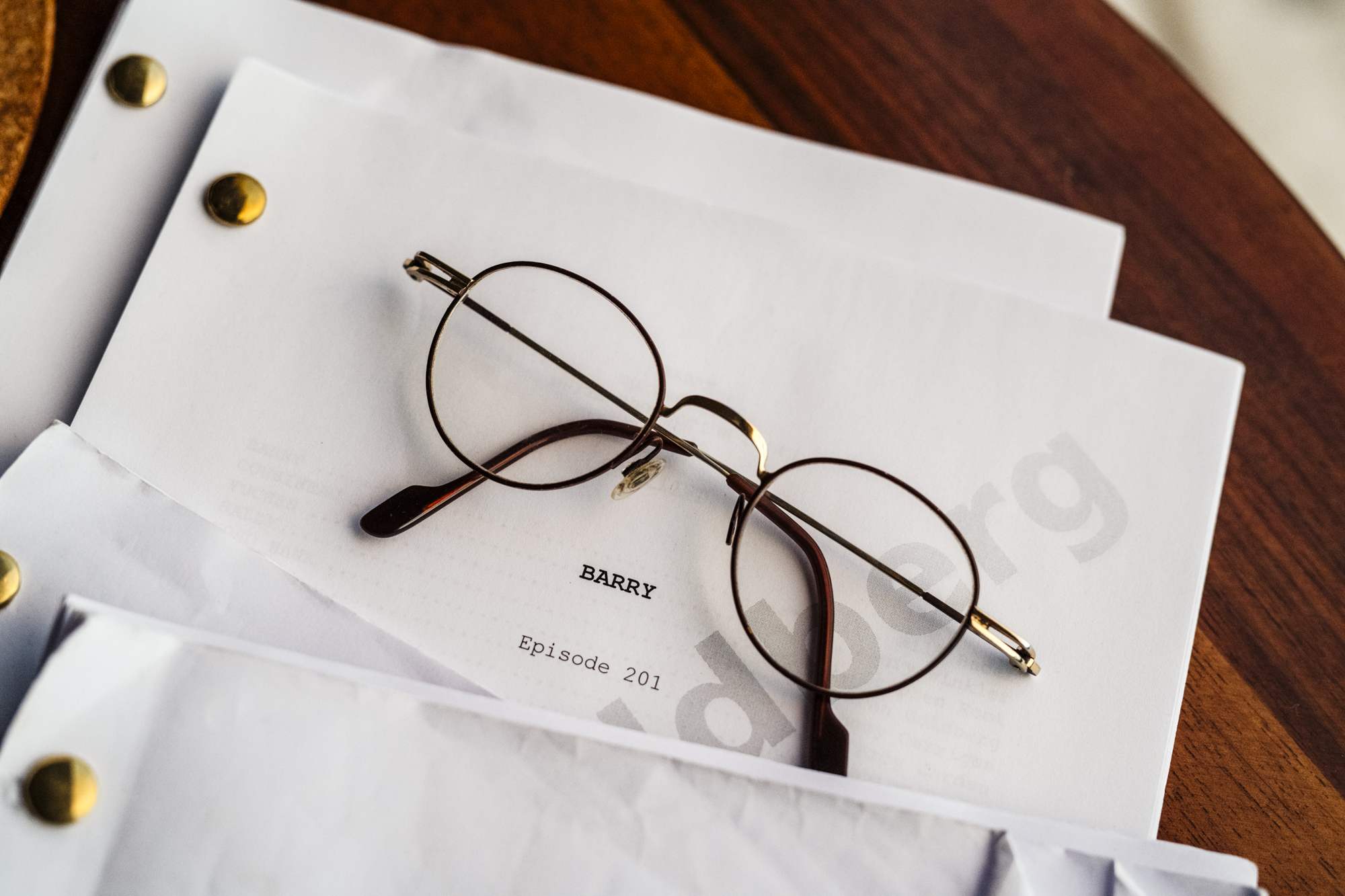 But I’ve found a way in now that gives me the same sense of creativity and collaboration—especially on Barry. The creators, Bill Hader and Alec Berg, are two of the menschiest mensches on the planet. They’ve created this really collaborative environment where everybody feels safe to do their best work. It’s also so meta to be doing theater performances within a television show. The irony of the fact that it took doing a U.S. cable television show for me to get to do Macbeth is not lost on me.

Bill and Alec did such a nuanced job of writing a complicated female character who’s as nasty as the male characters on the Barry. But Sally’s not a bad person. She just learned the wrong survival skills. And her ideas of how to get ahead are bit misguided. We’re all so ready to forget that Barry literally kills people for a living and still root for him, and yet we’re challenged by an ambitious woman who has some irritating personality traits. 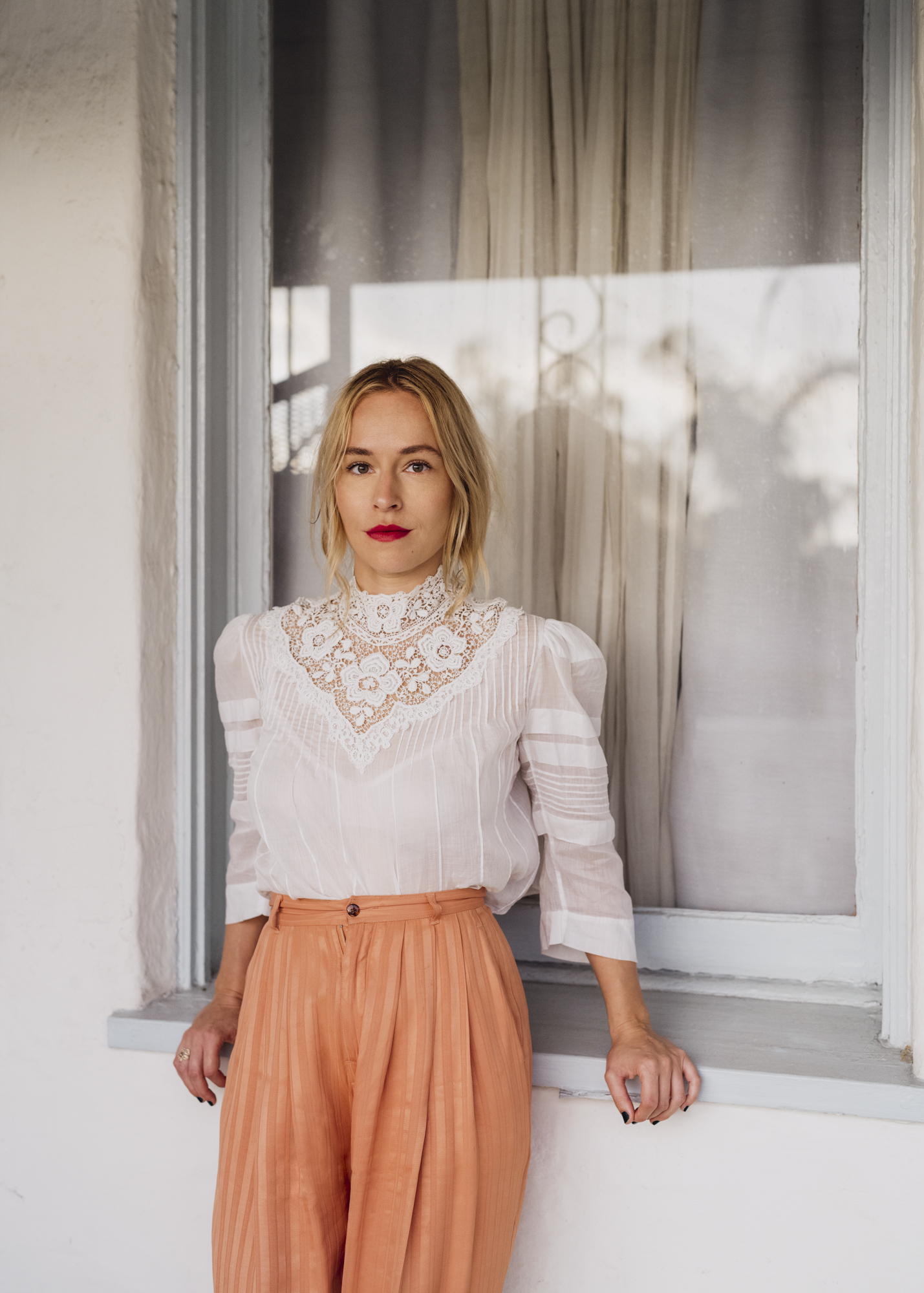 I’m a bit nostalgic for a period of time when actors had some anonymity. Social media kicked off when I was still in college, but I never got involved. Not because I thought I was too good for it, but because I thought, Oh this is definitely going to bring out the worst in me. I found the whole thing a bit creepy. Now I feel like it’s gotten to the point where it’s dangerous. I understand it’s a necessary evil in a lot of professions, and I don’t want to knock anyone who uses it as a form of gaining employment because it’s effective. But I find, for what I do, there’s this pressure to have a presence, and I don’t think that it’s necessary.

I’ve been on jobs where they want me to live tweet about the show when it’s on, and I’m thinking, If I, Sarah Goldberg, am live tweeting while my character is on the television, isn’t that ruining it? My job is to create a mirage. Luckily with HBO, there’s zero pressure on that front. Nobody’s asked for that.

I miss the time when we didn’t know everything about everyone we see on TV because then we believe the characters. My job is to make you feel like Sally is a real person. And if you know too much about my life, I feel like it chips away at that. If people think that Sally is real, then I’ve done my job. She’s a dislikeable character, but I always say you don’t have to like her, you just have to know her. Sally is probably on every form of social media. 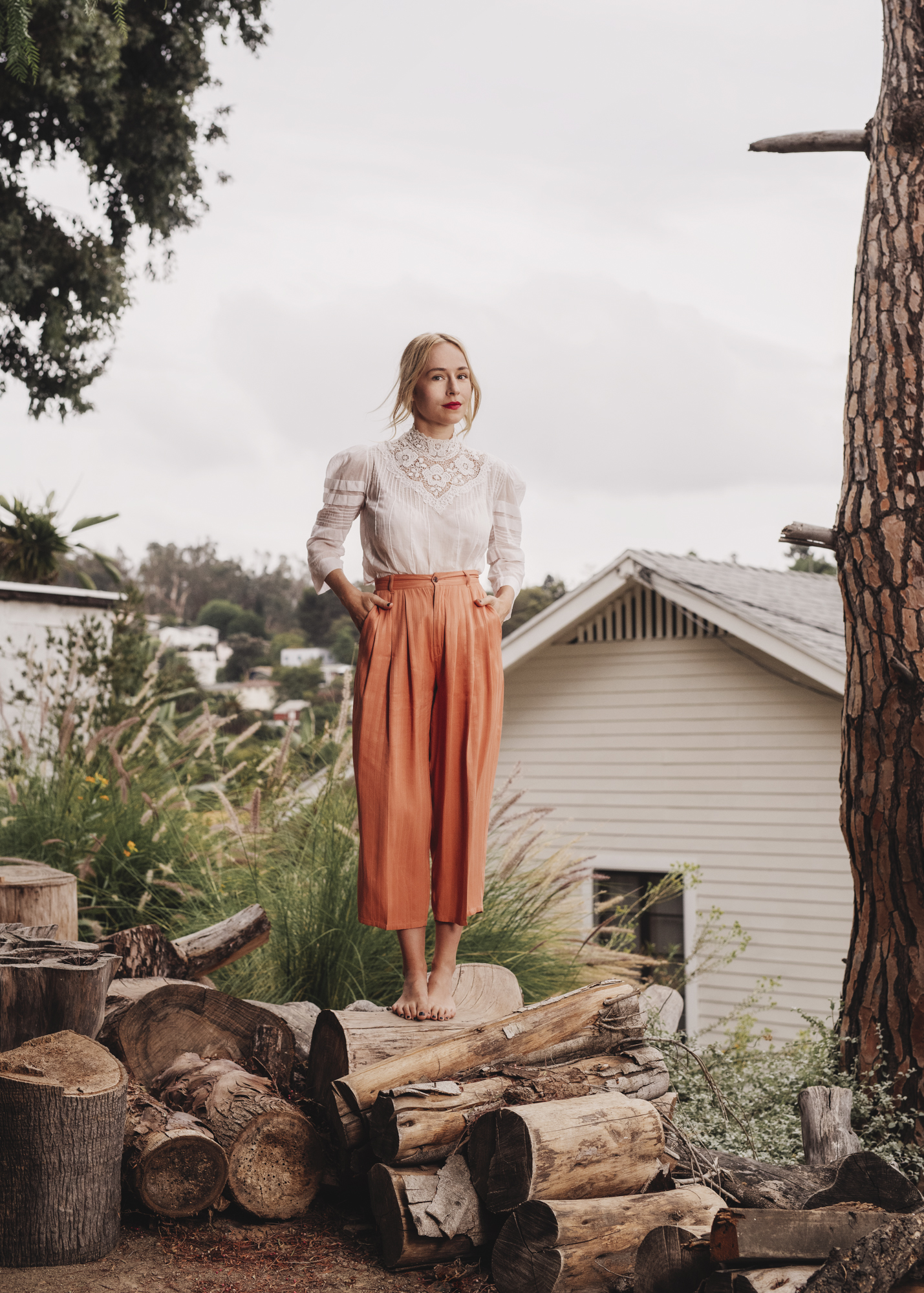 Sarah Goldberg photographed by Brian Guido at her home in Los Angeles. This Conversation has been edited and condensed for clarity. 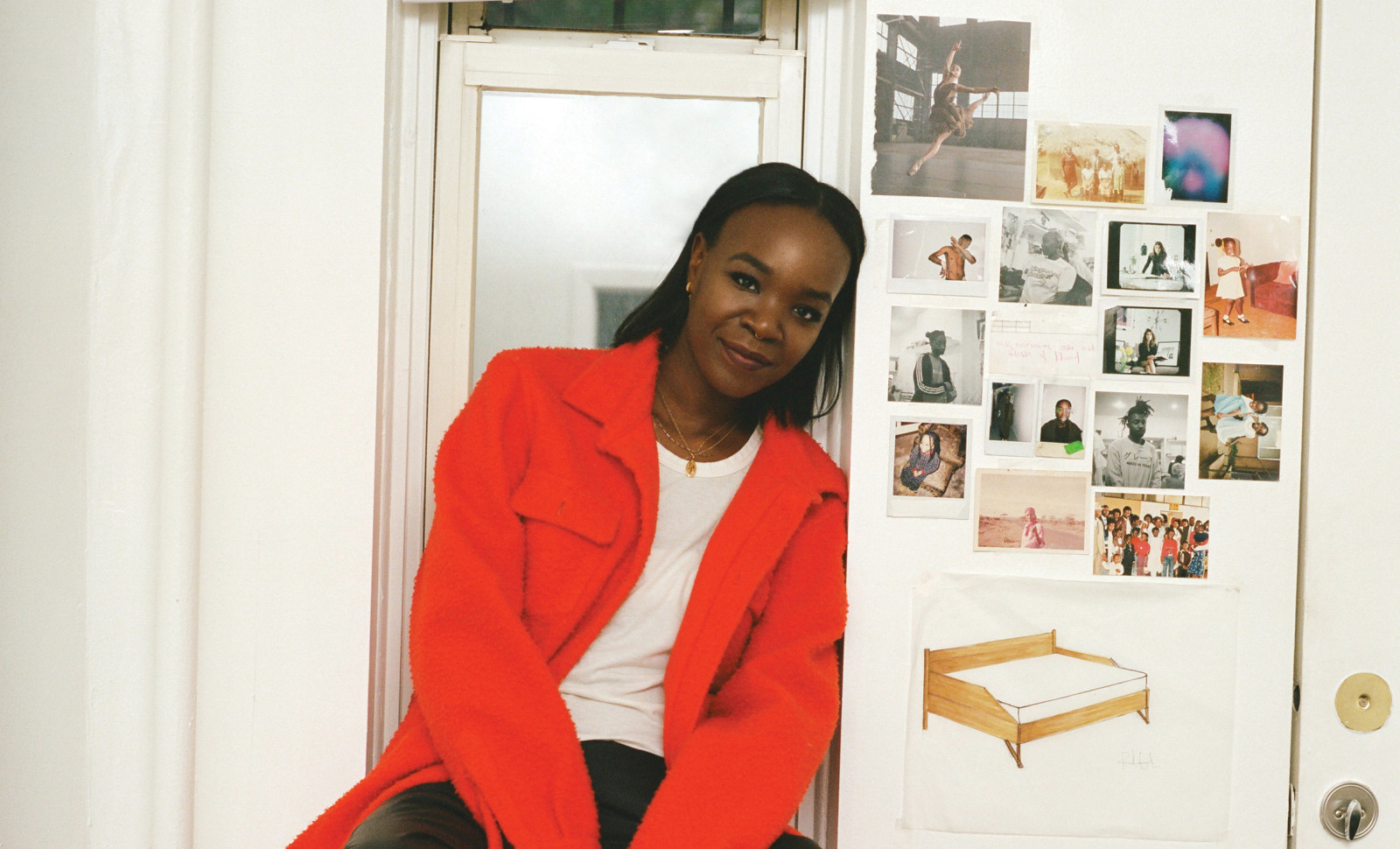