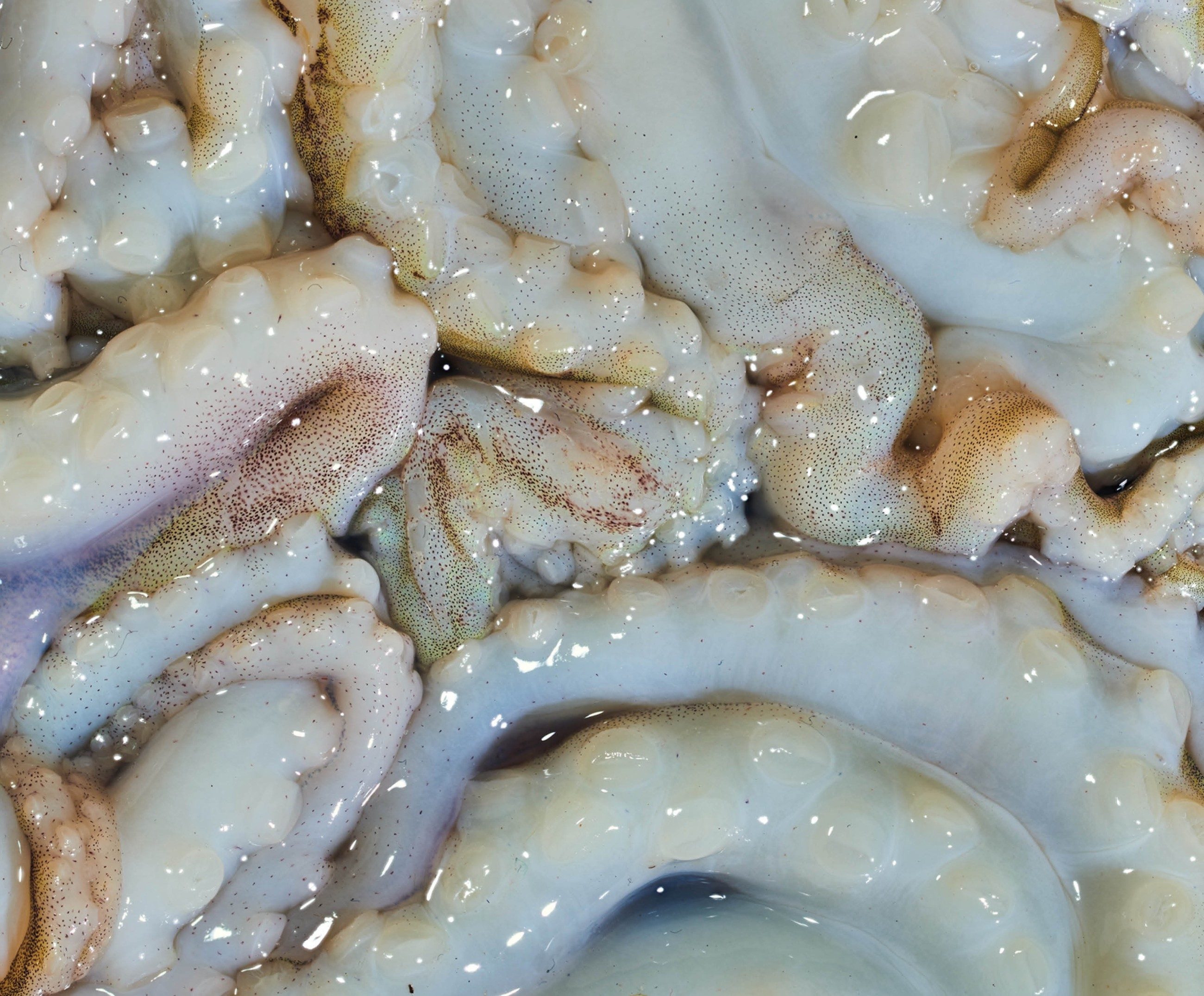 The private parts of octopi.

This article is featured in Gossamer Volume Seven: the Touch issue. Subscribe here.

It’s a little known fact that a male octopus’s eighth leg is actually its penis. The very name—derived from the Greek word októpus, meaning “eight foot”— has led us down the garden path. I’ve lived my whole life believing an octagon has eight sides, my 83-year-old nanna is an octogenarian, and an octopus has eight goddamn legs—it’s basic linguistics.

But now, at the auspicious age of 33, I have to accept that I’ve been suckered. There’s nothing “octo” about the male octopus. They have seven tentacles and a specialized limb for transferring sperm. In other words, the eighth leg is a penis.

To put that in context, the name “octopus” is the species equivalent of referring to a human male as a triped. I simply refuse.

This deceptive appendage, called a hectocotylus, was first recorded by Aristotle around the year 347 BC in one of the earliest surviving scientific studies. The ancient Greek philosopher left Plato’s Academy following his mentor’s death, swapping the city of Athens for the island of Lesbos where he spent two years observing the marine life of a lagoon at the island’s center.

It was here that Aristotle, father of Western logic and apparent octopus voyeur, first surmised the use of the octopus’ eighth leg in the mysterious act of cephalopod sex. He was, of course, widely disbelieved. It wasn’t until 1827, some 2000-odd years later, that Aristotle was proven correct.

It’s not hard to see why it took so long for biologists to catch up. The hectocotylus looks and acts like a leg on a regular day. It can bend, it can stretch, it can exert suction. But at the sight of a slinky lady octopus, the hectocotylus can, in some species, stretch to twice its regular size. If we’re talking ratio to body length, it’s a crime against octopus everywhere that we hold the donkey as the gold standard of gonopodia.

But alas, we must collect our minds from the gutter. As one of the most antisocial creatures on earth, size for the octopus is about survival. While sex for humans certainly has its own set of challenges, sex for the octopus comes with a very real threat of cannibalization.

The fear of being consumed—literally, not metaphorically—by the object of its affection is so great that some species of cephalopod have evolved a mating ritual so stealthy that they can avoid touching their partner at all.

The male argonaut octopus, for example, is so averse to physical intimacy that he instead tears off his penis-leg, sperm clenched tightly in his tentacled fist, and gives it to the object of his affection like some kind of macabre Valentine’s gift. In other words, an argonaut octopus would rather wrench off its own penis than touch another living creature. Is that not the saddest thing you’ve ever heard?

The more I think about it, the more I wonder—are these octopuses desperately lonely? Studies have long proven they have extraordinary minds, but it appears that evolution has dealt them a cruel hand: intelligence and vulnerability in equal measure.

Have their exposed, fleshy bodies made them so terrified of the world around them that they can’t, even for a fleeting second, indulge in the tender touch of their own kind? Do their suckered limbs and bulbous bodies long to be wrapped in the tentacles of another?

Unfortunately, we may never know the answer. More than two millennia after Aristotle’s observations in the lagoons of Lesbos, we still have so much to learn about this wildly intelligent, yet fiercely private creature.

For now, I choose an alternative narrative. One where octopuses are the ultimate romantics, sacrificing life, limb, and loneliness in the quest for love and lineage. In my 33 years of dating, I’ve yet to receive a Valentine's gift as memorable. 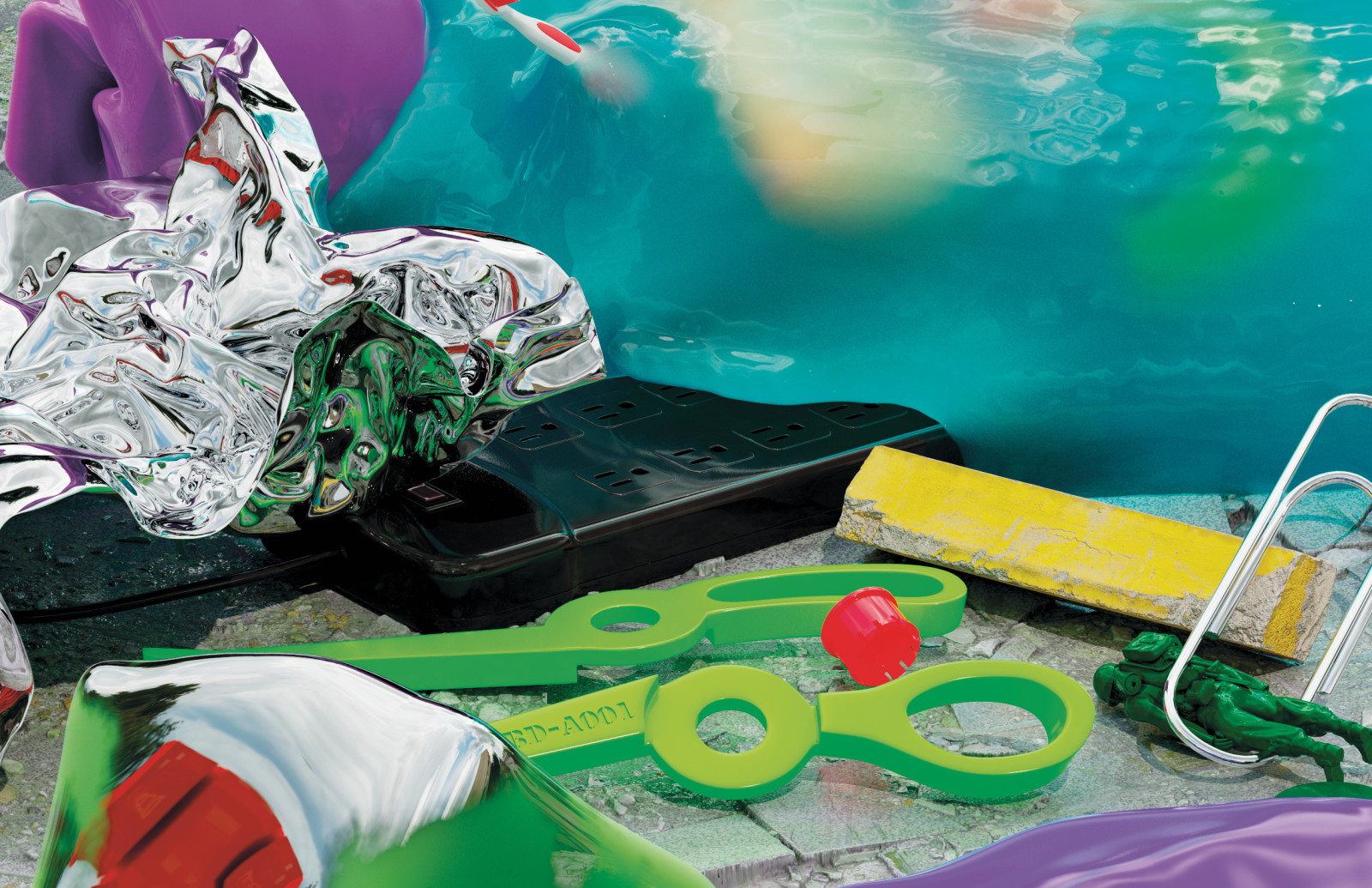