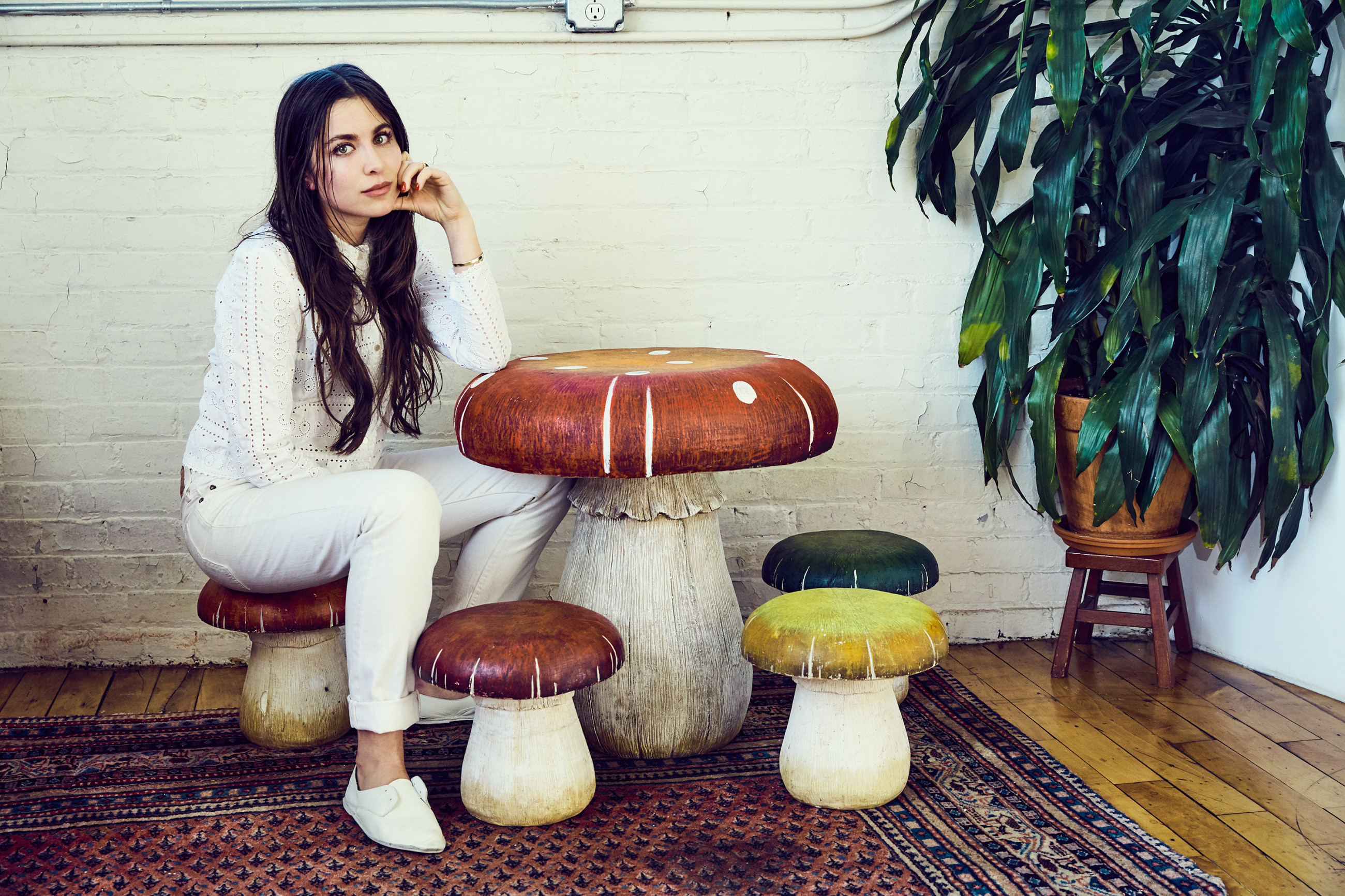 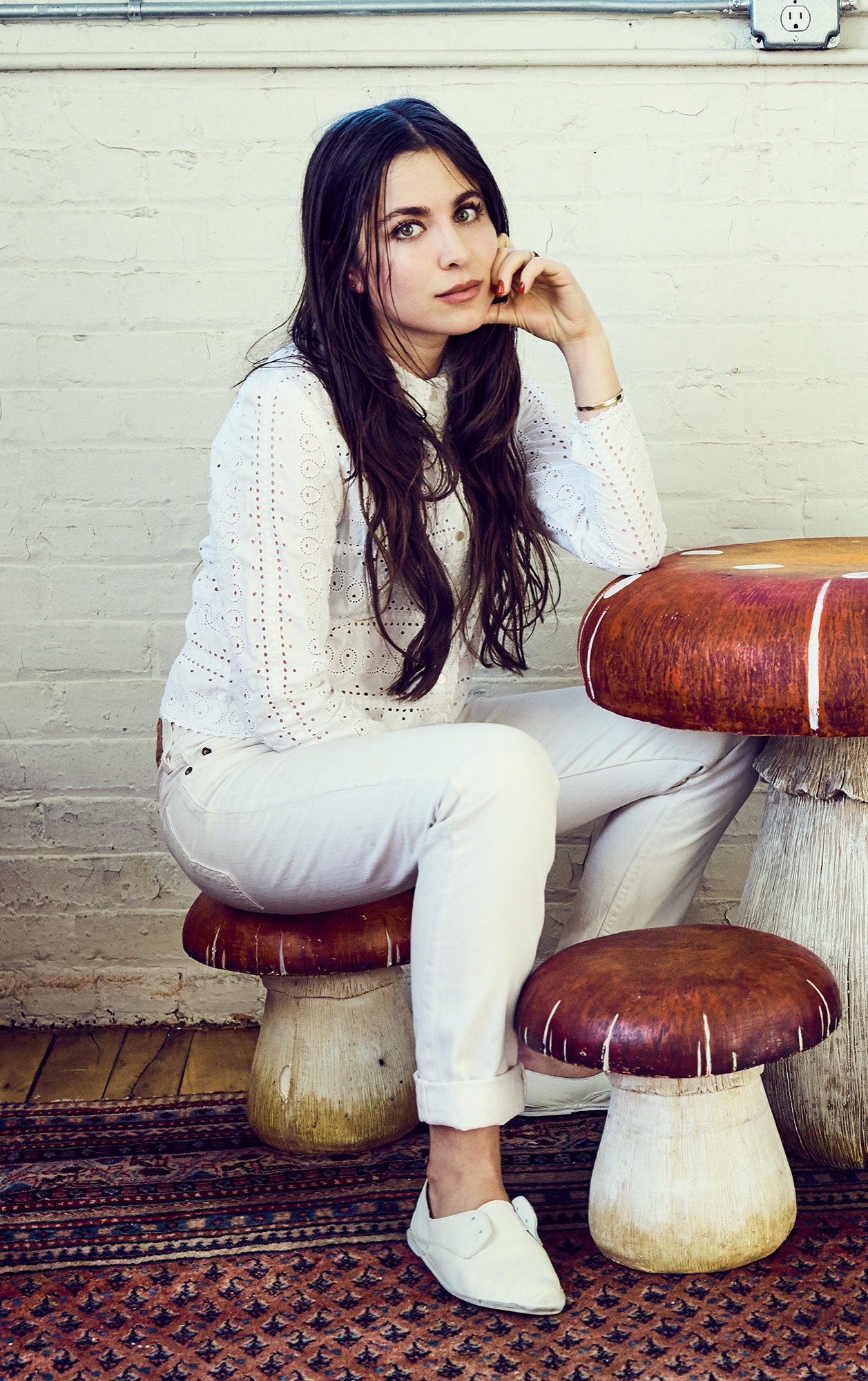 The literary jill-of-all-trades on dropping out of high school, the importance of systems, and the life-affirming pleasure of puzzles.

I live above a cabbage and fortune cookie distribution center. It’s a former factory and from some angles there's two stories and from some there's four. It has, like, four addresses. I grew up living with my mom and we moved all the time. She had a knack for finding crazy, magical, small, interesting homes on sale.

I was born in San Francisco. My parents are divorced, so I lived half the time in San Francisco proper, in a spindly old Victorian house with a secret passageway. But then my mom moved to Bolinas and so I lived half there. Bolinas is kind of like this lost hippie town of intelligent, conscious hedonism. It’s the dude who gets up every morning at 5:00 AM, surfs for two hours, has his special breakfast, takes a special walk, reads some Norman Mailer. I don't know. There was something very entropic about it. It was full of people who did the same thing every single day.

Weirdly, I think a lot of my foundational personality characteristics were developed in Bolinas, or in reaction to Bolinas. It's a strange and highly xenophobic place, but also highly accepting. The people there are really protective of what they see as an enchanted enclave. In many ways, it is that, and in many ways it's hellish, actually. A lot of kid's parents were addicted to drugs and the kids were kind of messed up. But it's also a very creative, nature-loving place, where the best of that lost 1970s California counterculture just concentrated. I felt trapped there, though, especially when I was too young to drive. I was just stuck behind a mountain by the sea.

In New York, you can go out and take a seven-mile walk and see more things than you would see in three months somewhere else and yet have no one talk to you. 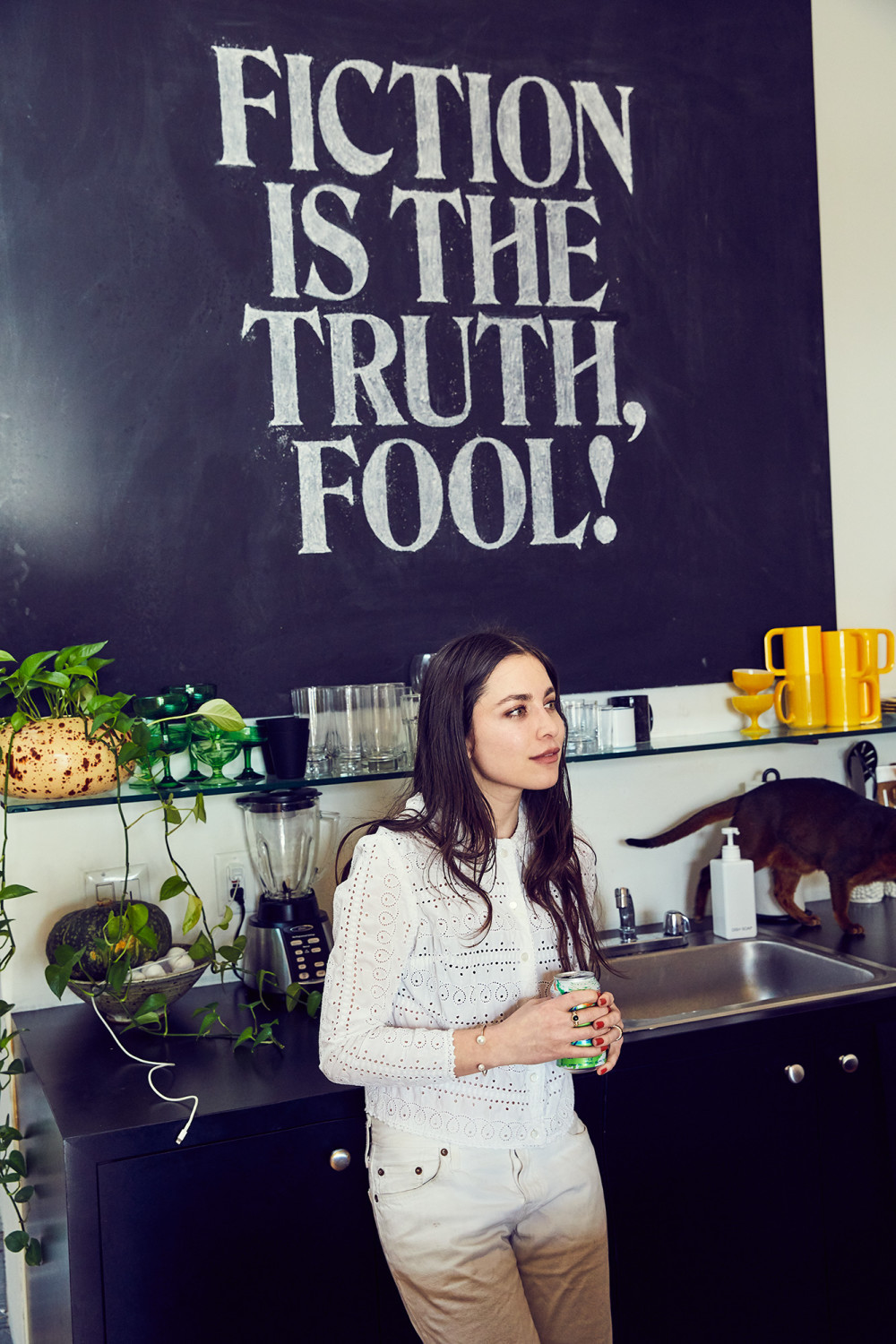 I actually came to New York by default. I really didn't like high school so I dropped out before my sophomore year ended. I think I was 16. I went to a very progressive, artsy high school where we didn't learn any American history or didn't read any Anglo literature. It was all alternative, which was great. But I wanted to know what exactly I was learning in opposition to, if that makes sense. I knew that I wanted to read all the American Transcendentalists and understand what the government did, and I wasn't learning those things in high school. So I left and got my own tiny little studio apartment in San Francisco and read a shitload of books from the library. I worked in a streetwear store called HUF—I sold shoes to skateboarders. I surfed a lot and went to community college. It was amazing. I loved community college. And then I ended up applying to colleges, and got into Brown. After school, I moved here because it was nearby and I knew people here. It was either New York, L.A., or San Francisco.

I like New York because I like being very stimulated, but I also like being anonymous. I remember when I was really depressed as a teenager and didn't know that I was depressed, I would go to supermarkets and wander around, because I could be distracted but without intimacy. I didn't have to interact with anyone, I was entertained and curious, and I could look at the world. I would also go to the Chinese supermarket, because we lived in Chinatown, and there was nothing in English so I could just wander around looking at lychee jelly or whatever. You can get that in New York. You can go out and take a seven-mile walk and see more things than you would see in three months somewhere else and yet have no one talk to you. I love being alone in public.

I’ve always written. All my childhood ephemera is little scribbles on paper. But I started really writing, I guess, for the college newspaper. After I graduated, I wrote, like, a blog post for the Observer, a thing for N+1, and scratched my way up. I’m on contract with The New York Times Magazine and I write stuff for the Book Review. I also worked at Warby Parker for six years doing brand work for them, working on their retail stores and press releases. I started when it was pretty small, so it was really start-up-y. You just do everything. 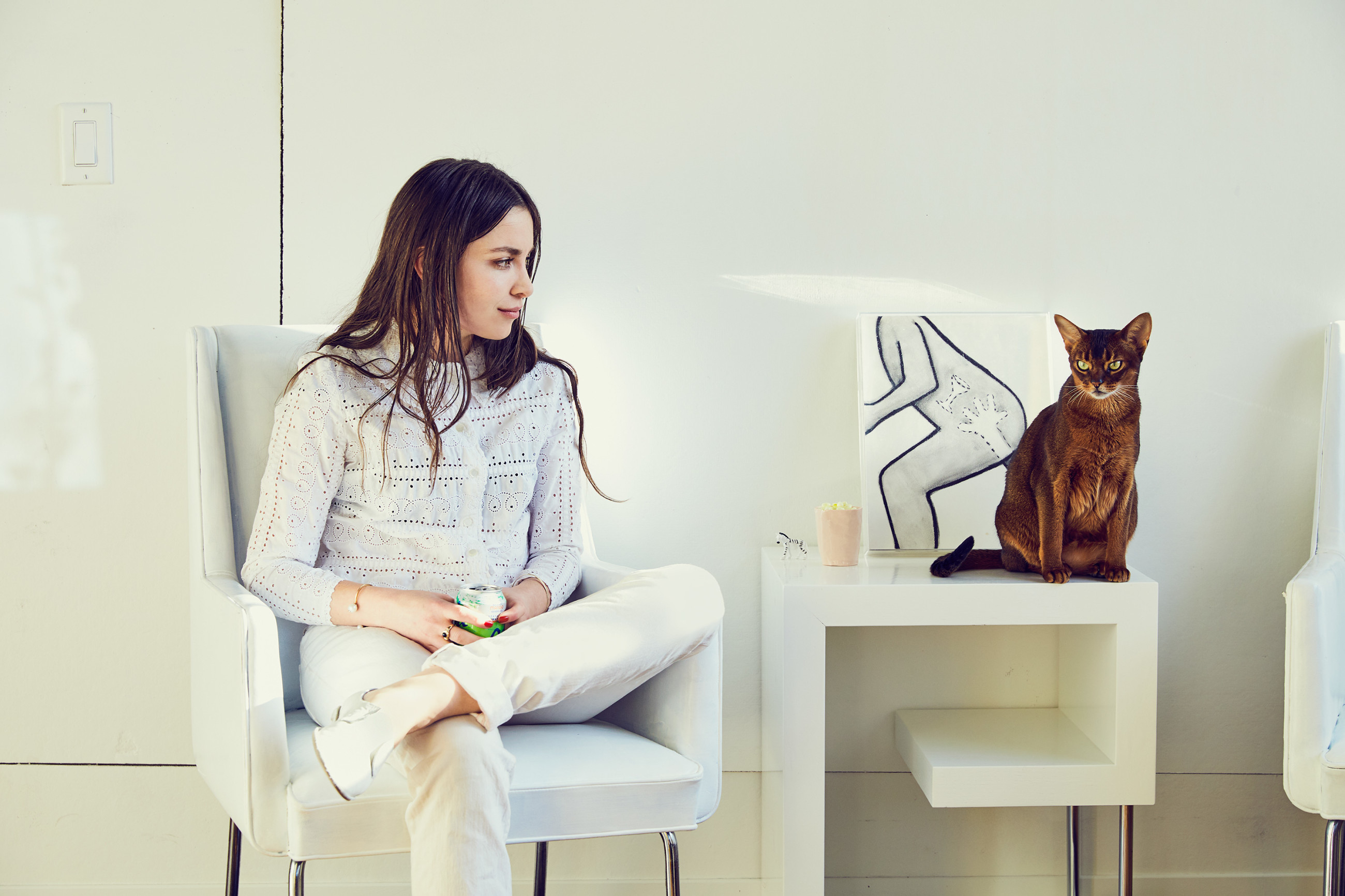 I don't know, what else? I do these design projects with my husband, Teddy. We made a mug, and a poster, and we sell those things at little boutiques. We’re midway through writing a screenplay and I want to finish it, just to prove that we can. I just cobble things together. I do freelance brand work. I make crossword puzzles. Maybe it’s a defensive posture against an economy that changes too fast to support any one job for more than a day. Sometimes I feel like the street peddler who's like, “What do you need? I got this, I got this, I got this.”

I probably like writing best, though. It seems like it's insane to be paid to just think about stuff, record those thoughts and have someone else make those thoughts better. And then for the public to read them? I wrote a piece about the wellness industry last year that arose from a bunch of vague thoughts about Gwyneth Paltrow and late capitalism and the alt-right that I wanted to combine into an essay that was somehow also a profile, and the project was sprawling enough that I thought it was doomed from the start. I kept begging my editor to kill the piece but he refused and told me to just make it better, which left me with no choice.

I definitely structure my tasks so that if I do two hours of work on a consulting project then I'll reward myself with 45 minutes of reading. I live like most freelancers in that my life is just a series of very carefully constructed reward systems for accomplishing tasks. I've become very good at forcing myself to do things that I don't necessarily want to do.

I've become very good at forcing myself to do things that I don't necessarily want to do. 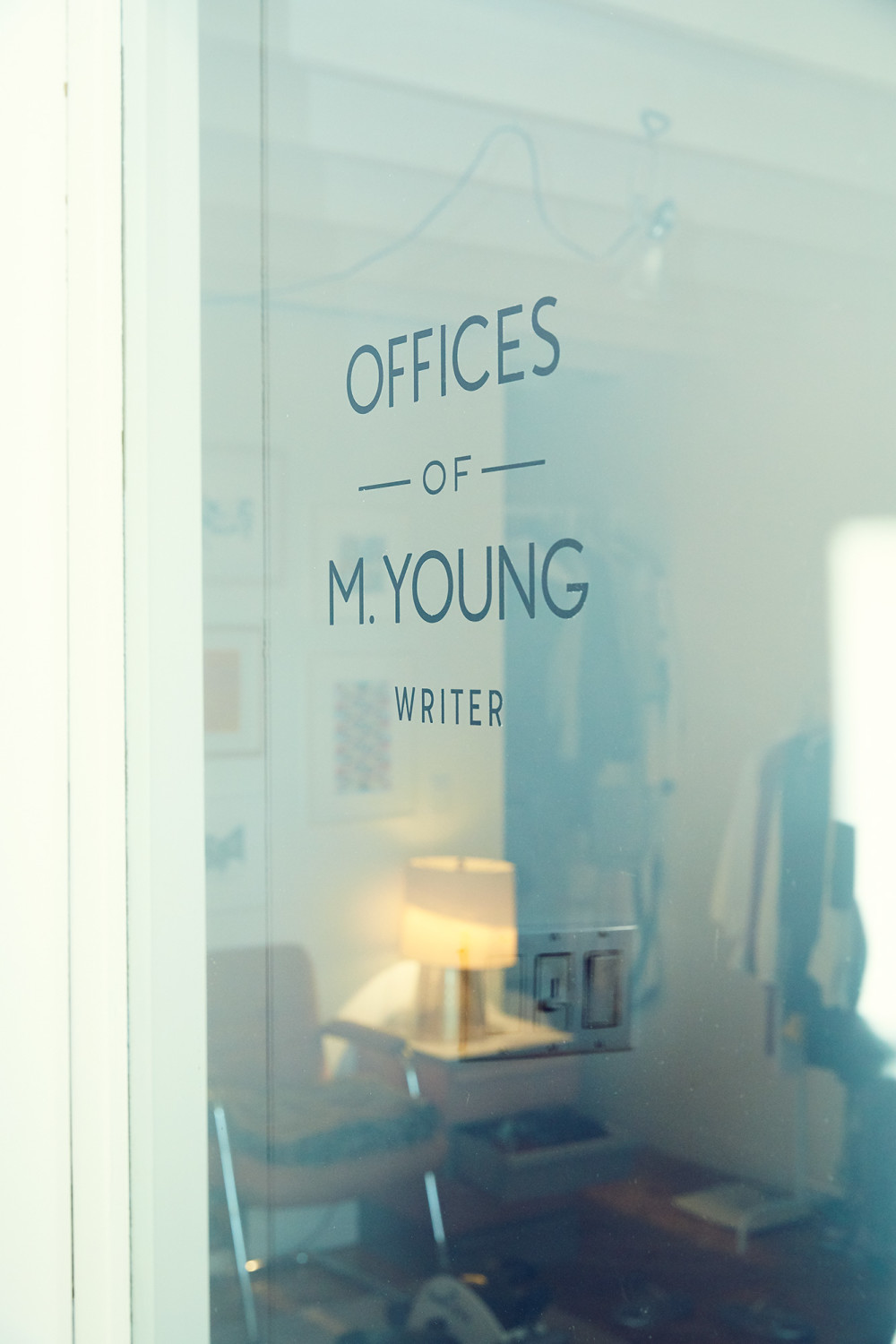 I read three hours a day. I convince myself that it's research because I'm like, “Oh, I should be really well read if I'm reviewing books and writing about books.” But I don't know if that's fair. I think I just fucking love it. Everyone reads for different reasons, and I read to commune privately with a consciousness that is different from my own. I read mostly fiction, and lately Willa Cather, Frank Norris, Goethe, Fay Weldon and V.S. Naipaul. My favorite new novels are Lisa Halliday’s Asymmetry and Kamila Shamsie’s Home Fire.

I’m such a home person. Although, I started running as an antidepressant. It's very effective. I don’t really like it but it makes me feel better. That's the only reason I do it. Because body-wise, the difference between me working out and not is that I lose or gain like three and half pounds. There's no difference really. I think running really forces you to be aware of your body. I guess people do run mindlessly, but I find it's so painful and uncomfortable that I'm viscerally aware of my body in motion. And I'm otherwise never aware of my body. Even when I'm taking a shower, I'm listening to a podcast or something. I don't use my body to work. I'm just profoundly alienated from it. So running is kind of a period of enforced reckoning with my physical shell. When I’m stuck or having a bad day, I take a long hot shower, interact with an animal, water the plants, and start making a loaf of bread. These are cheap and reliable antidepressants that satisfy the basic human urges toward warmth, caretaking, and productivity. I also relax with tequila on the rocks or a tub of gnarly dry red wine. I smoke weed, but I'm more into micro-dosing LSD. A friend of mine had been doing it for a while and I was curious about it. I asked, “What is it like?” And she said, “It's basically the difference between waking up on a sunny day versus a cloudy day.”

That tiny mood elevation is what it gives me. It's like a sunny day in a bottle, or in a dropper. It's very subtle. It makes you slightly happier, and more creative, and productive, and focused. It's a little bit like if Adderall weren't speedy at all. Also Adderall destroys the quality of your work. I was really scared of the idea of it because my mind is such a fragile thing. But it's almost imperceptible. You almost have to convince yourself that it's working, which is perfect. It just harnesses the full power of the placebo, but without a placebo. I think I would probably do it constantly if I didn't have a system, which is that I only do it with my husband when we're both working on the same project together. Which is nice.

I smoke weed, but I'm more into micro-dosing LSD ... It's like a sunny day in a bottle, or in a dropper.

I have a lot of systems. I used to do a thing where, this sounds really crazy, but whenever I got a magazine in the mail, I would rip out all the advertisements before I read it, so that I knew exactly how much I had to read. I do a lot of quantifying, but in this case it was about removing distraction. I’m constantly just compulsively eliminating unnecessary variables to avoid being overwhelmed.

I first started color-coding my books like 10 years ago. You know when you read a book and you are looking for a passage and you know where on the page it is, but you don't know the page number? Well, if I'm trying to find a book, I can imagine the spine color or the cover. Basically it was a way to put all of my books in easily findable places. I got into crossword puzzles about five years ago, maybe more. I was bored one day and I didn't have anything to read so I did the puzzle. And I was like, “This is kind of fun.” And then I was talking to somebody and they were like, “Why do you do crossword puzzles? Why are they fun? It just seems like arcane trivia and a waste of time.” And I was like, “Yes, it is that, but it also satisfies a really specific and primitive urge.”

As a child, you're constantly being confounded and then breaking through that. That’s what I like about puzzles: it's the same interval. It's a minute per clue that you are mystified and then solve it. It's deeply satisfying. That's why I'm making a puzzle book of verbal riddles about New York City, inspired by William Steig’s C D B!. It's with Joanna Avillez, who's an illustrator and also a renaissance woman. We wanted to come up with an entire book that adults could use to experience that sensation of mystery solving. It’s coming out in May.

I was thinking about Sesame Street the other day, and I think it actually underlies my aesthetic values: lots of colors, organized chaos, adults cooperating together, constantly learning things. I don't know, I'm just delighted by any kind of inspired synthesis.

Molly Young photographed by Meredith Jenks at her apartment in Brooklyn. This interview has been edited and condensed for clarity. 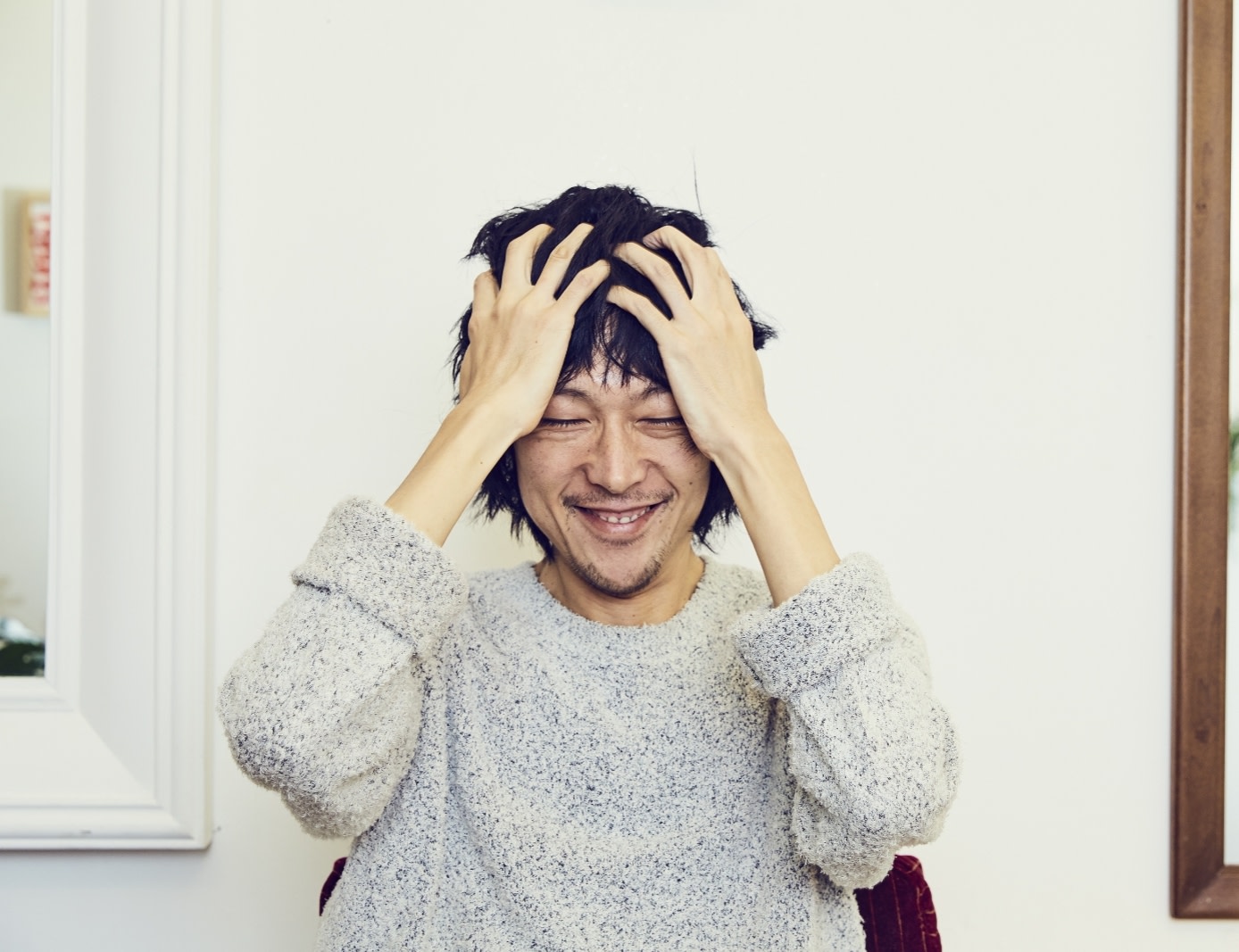