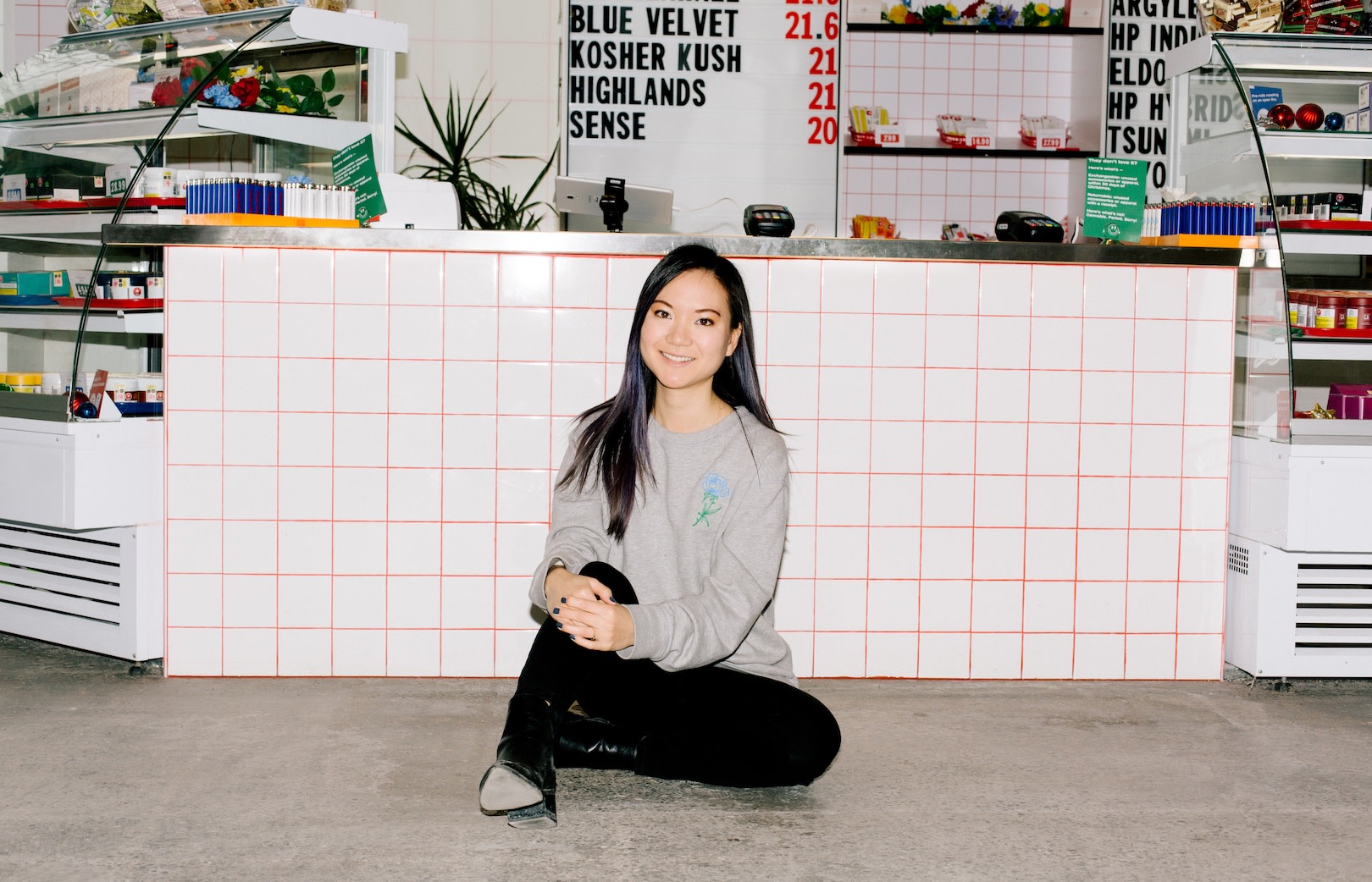 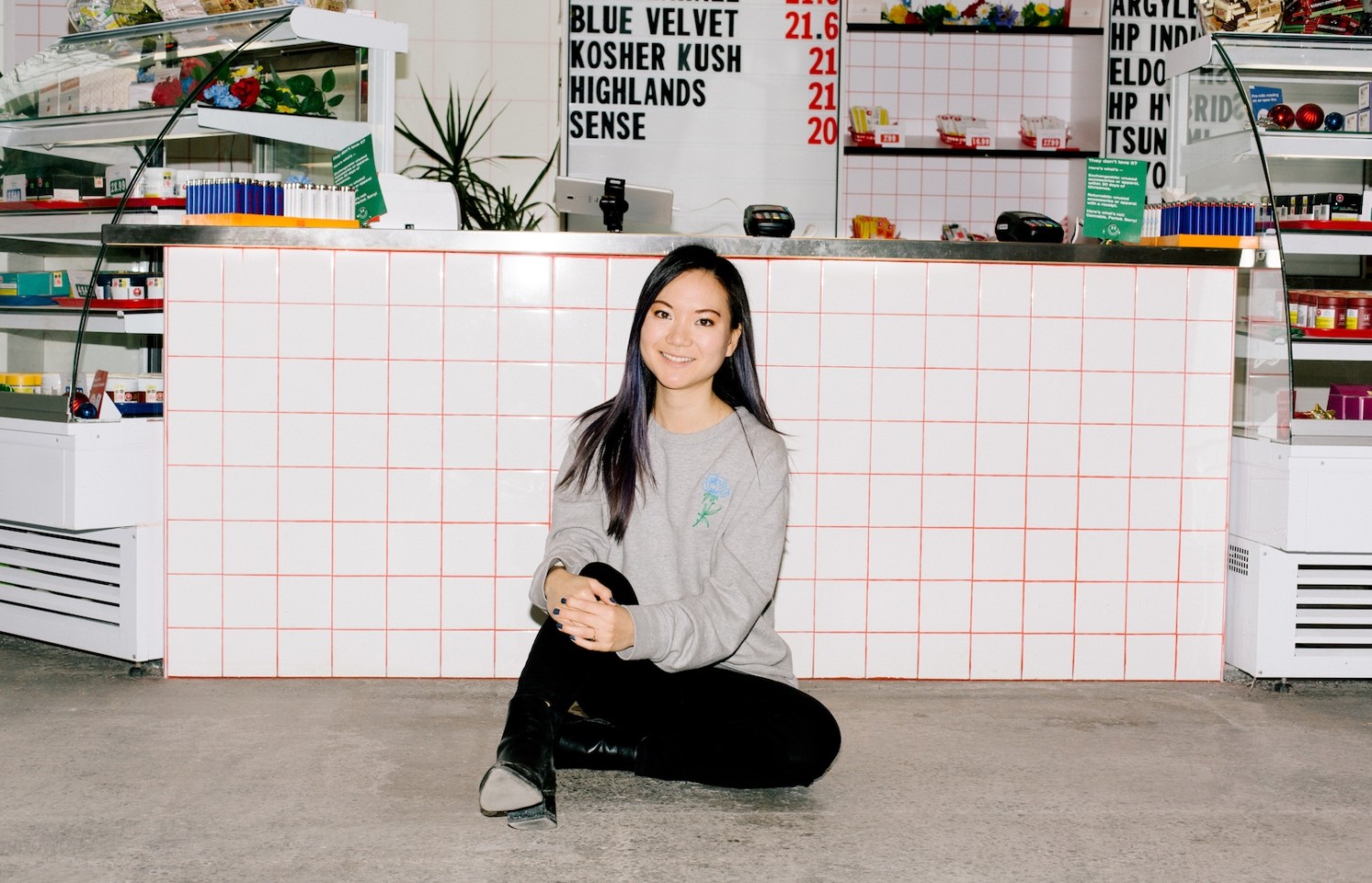 The co-founder of Superette on finding her voice, striving for something different, and the waste of cannabis packaging.

Starting Superette could not be further from my upbringing.

I grew up in a very conservative family. Very tightly regulated, very strict. A lot of rules. I didn’t learn how to ride a bike until three years ago. My conservative parents didn’t let me ride one growing up. I was basically allowed to play piano and go to school and that was it. 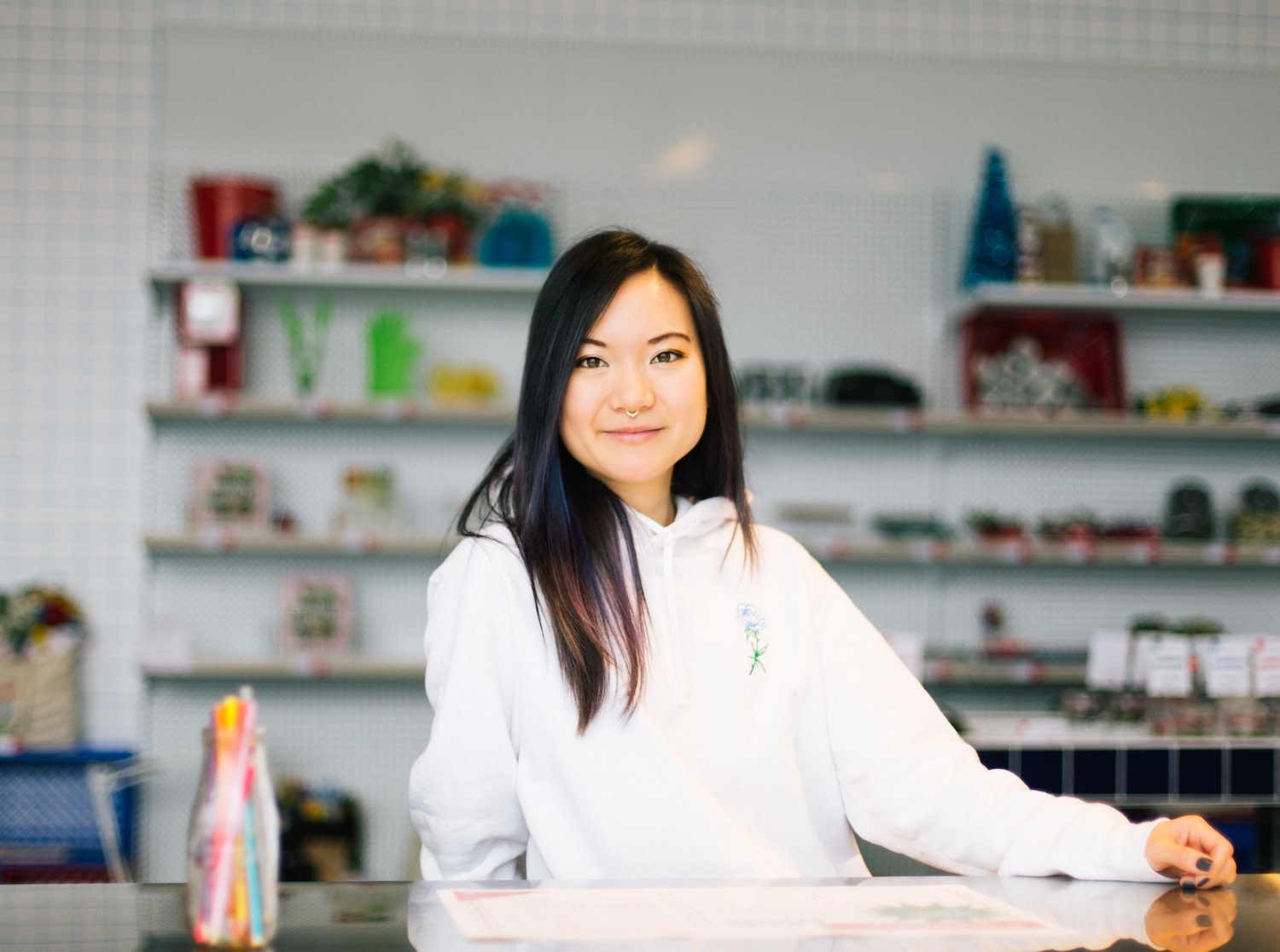 Entrepreneurship was definitely not in my blood. But from university onwards, I really strived to be the opposite of how I was brought up.

Before university, I didn’t travel. My family does not explore much. I ended up going to Carleton University for international business, not because I wanted to be in business but because there was a one-year exchange program. I saw that as an opportunity to travel. I wasn’t really taking my education seriously when I first started, and I just thought, Hey, I can get out of the country because of school. I used that as an excuse.

I ended up spending a year based in Shanghai, and exploring all around China, Indonesia, Thailand, Singapore, and Malaysia. I got my scuba diving license in Thailand. I probably spent a month cumulatively in Indonesia. I also joined a cover band in Shanghai. I played keyboard—I grew up playing piano. We had two singers: One from Kazakhstan, and the other from the US. The guitarist was from Indonesia, the bassist was from Thailand, and the drummer was from Russia—a very international group. It was so much fun. 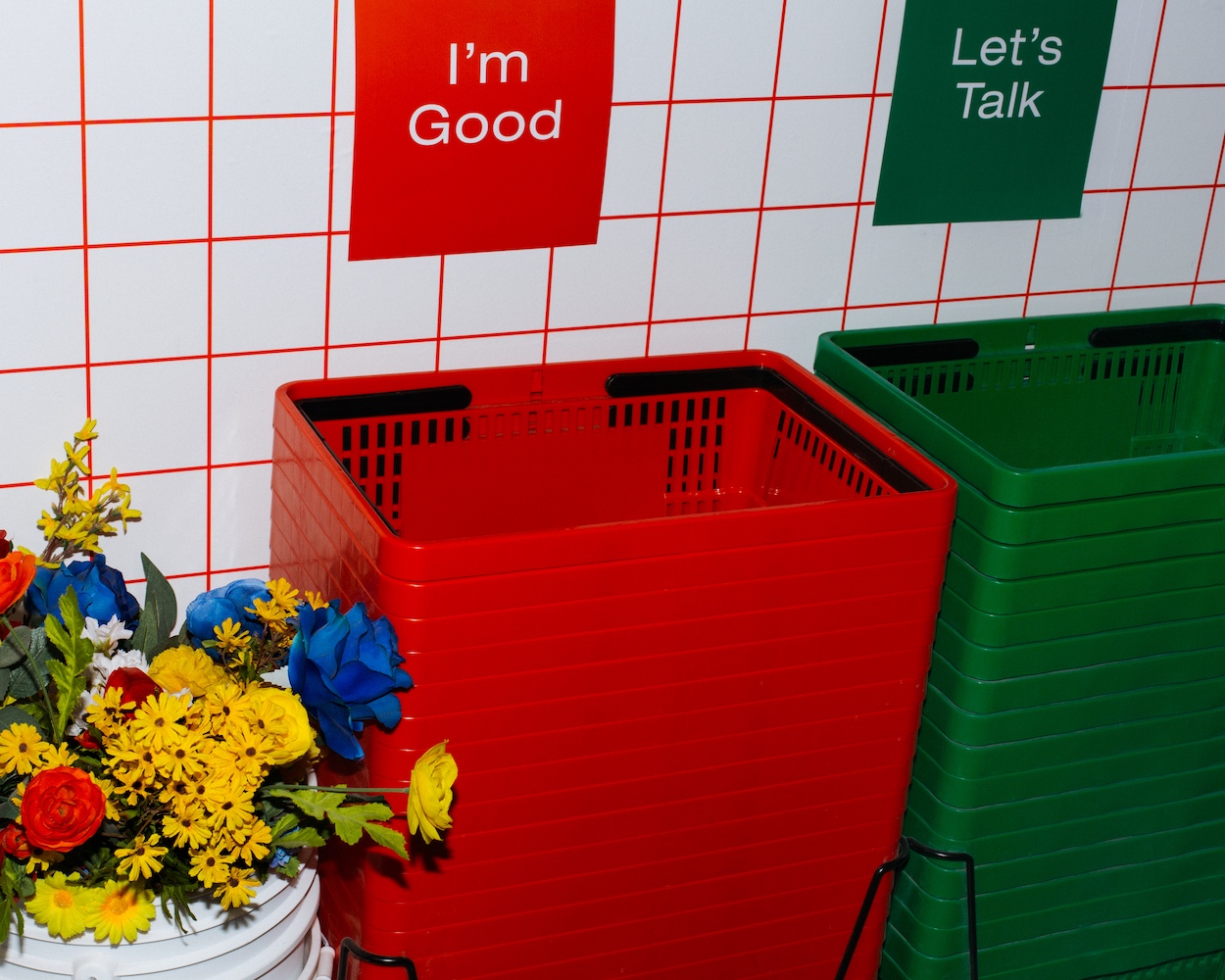 I’d fallen into the habit of thinking that whatever someone else wanted was always more important. 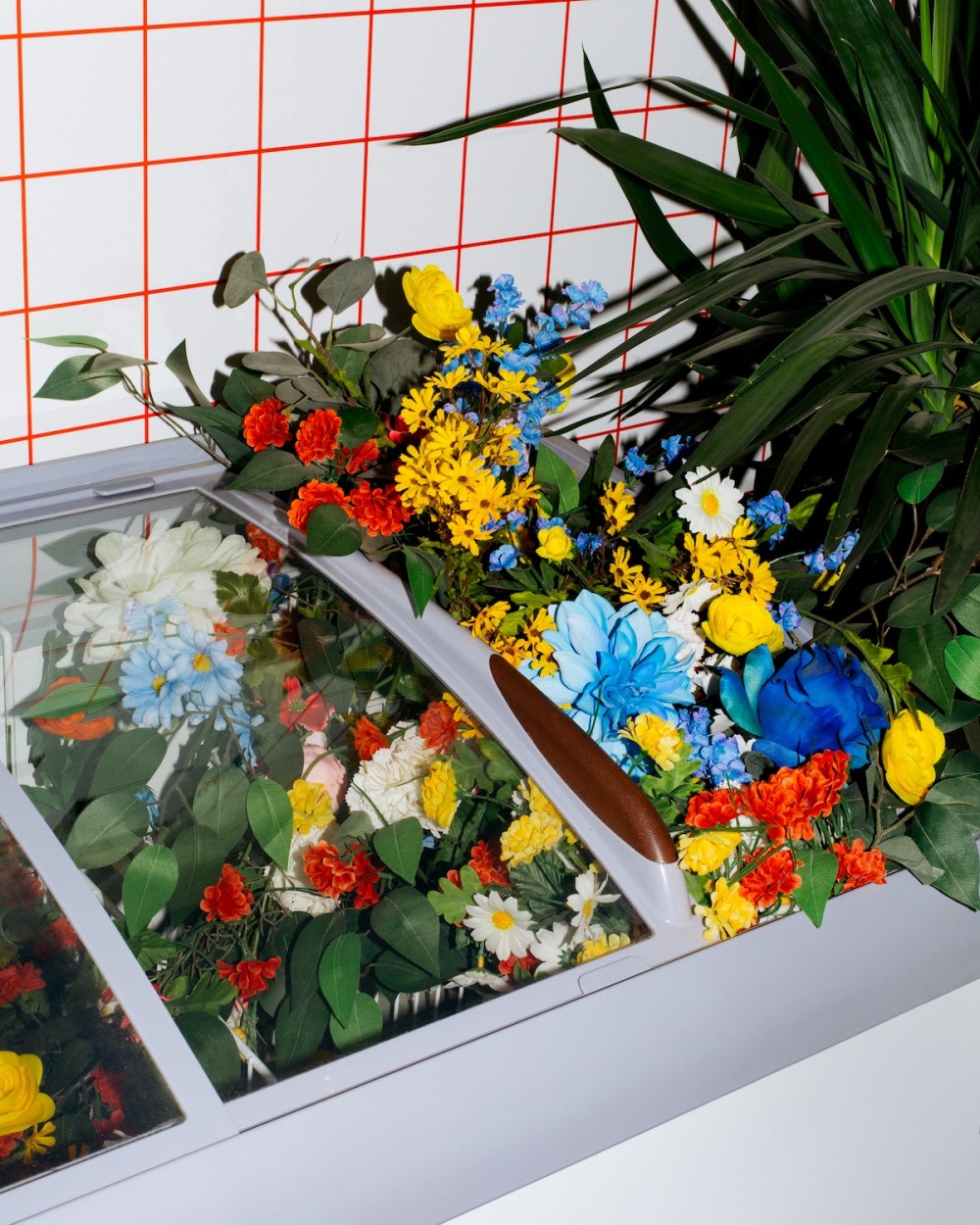 I gained a lot of confidence in myself through travel. People who have known me since high school or elementary school will tell you that the person I became after my year in Southeast Asia compared to the person I was prior to that—completely different.

I used to be very quiet. I didn’t have many friends. I didn’t talk to many people. I had a really thick shell, and I wasn’t really willing to open up. If I was with a group of people and someone was like, “Where do you want to go for dinner?” I would never speak up. I would never say what I wanted. But during my time in Asia, I started looking at things differently. I told myself: This is temporary. If I end up pissing someone off, I’m not going to see them again, so I’m just going to focus on what I want to do.

I learned how to take initiative. I learned how to voice my opinion. I learned how to even just recognize what it was that I wanted. I’d fallen into the habit of thinking that whatever someone else wanted was always more important. But since then, I have been a lot better at being like, nope, this is better for me, or nope, this is what I want, or this is how I actually feel about the situation. I think that’s really important when you’re working with a team or you’re building relationships that will last a lifetime. 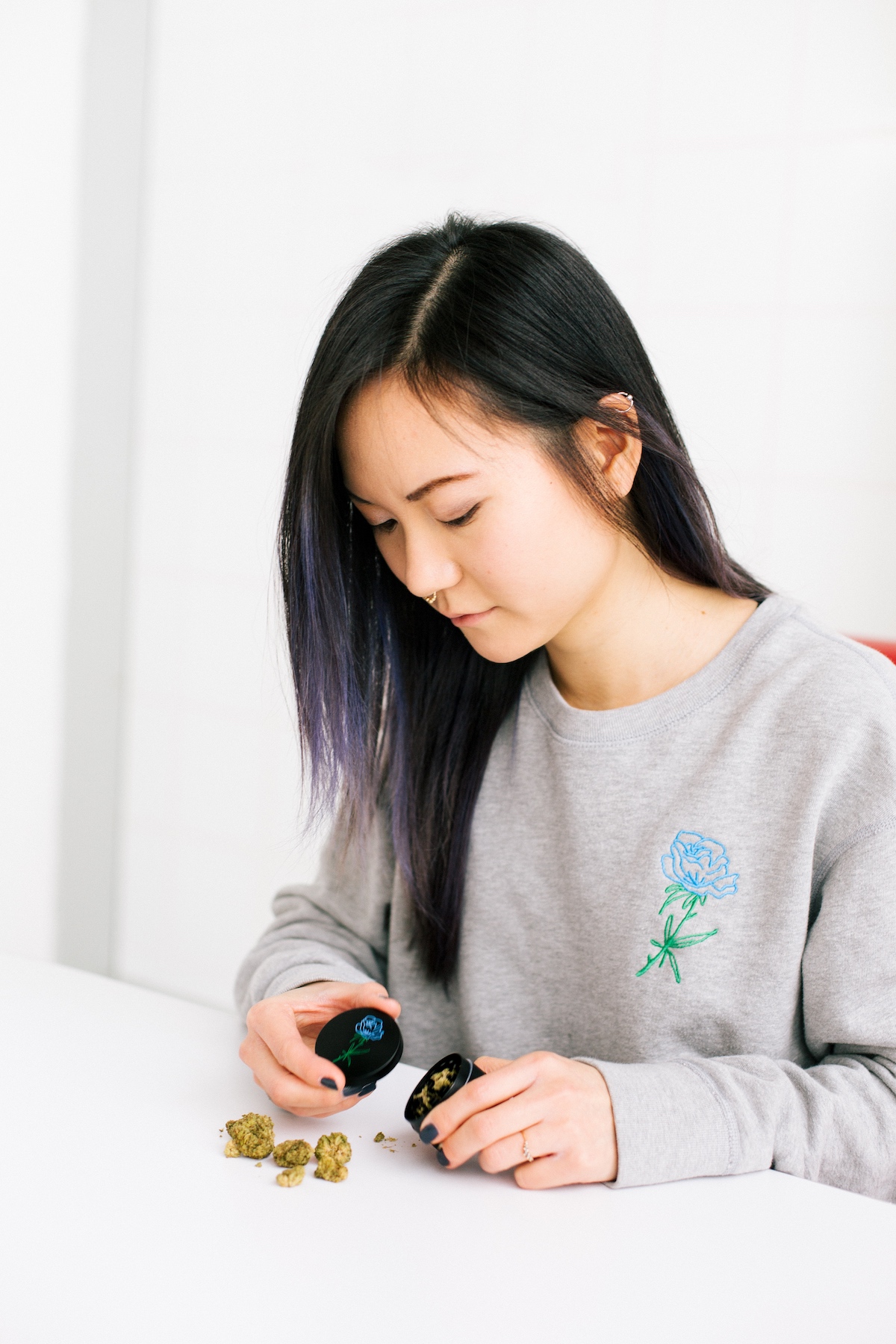 I did venture capital for eight months after school and then moved on to do investment banking for two years. That’s when I started following the legal cannabis space, with Trudeau coming into office and really pushing cannabis forward from a regulatory standpoint across the country.

It wasn’t an industry that I had considered previously. I didn’t know too much about it, outside of personal consumption. But I thought it was something different and undefined. That’s what gets me excited: Things that are not set in stone yet, that are still very fluid. That’s when we can be creative.

When I was looking at the cannabis space back in 2016, early 2017, most companies were focused on becoming cultivators for medical purposes. I thought that was cool, but it didn’t really speak to me. I ended up meeting a company called Tokyo Smoke. They were solely focused on building a brand, and building a connection with potential customers through adjacent industries prior to legalization. I jumped on board there and helped with their corporate strategy and strategic growth. That’s where I met my co-founder, Drummond Munro. 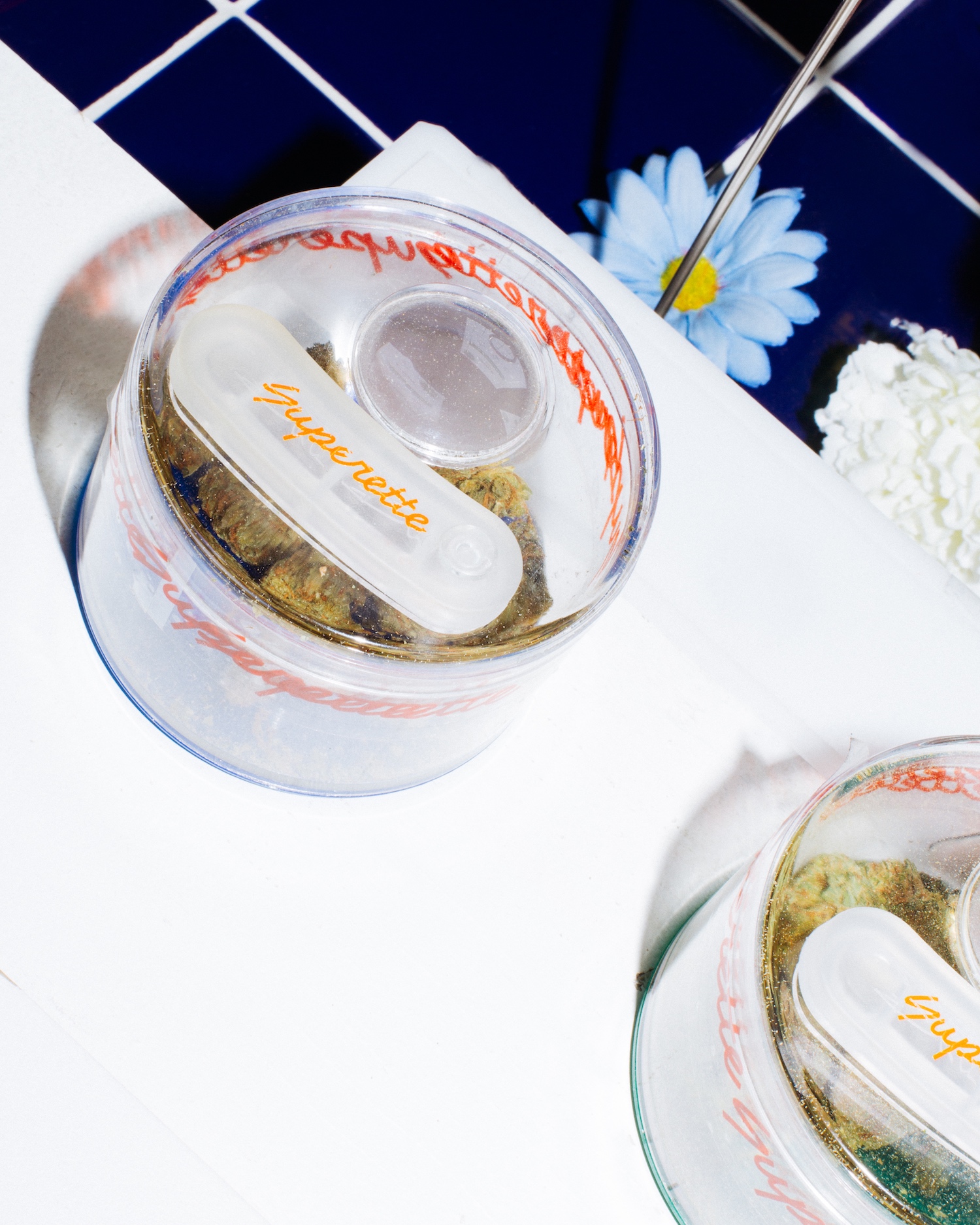 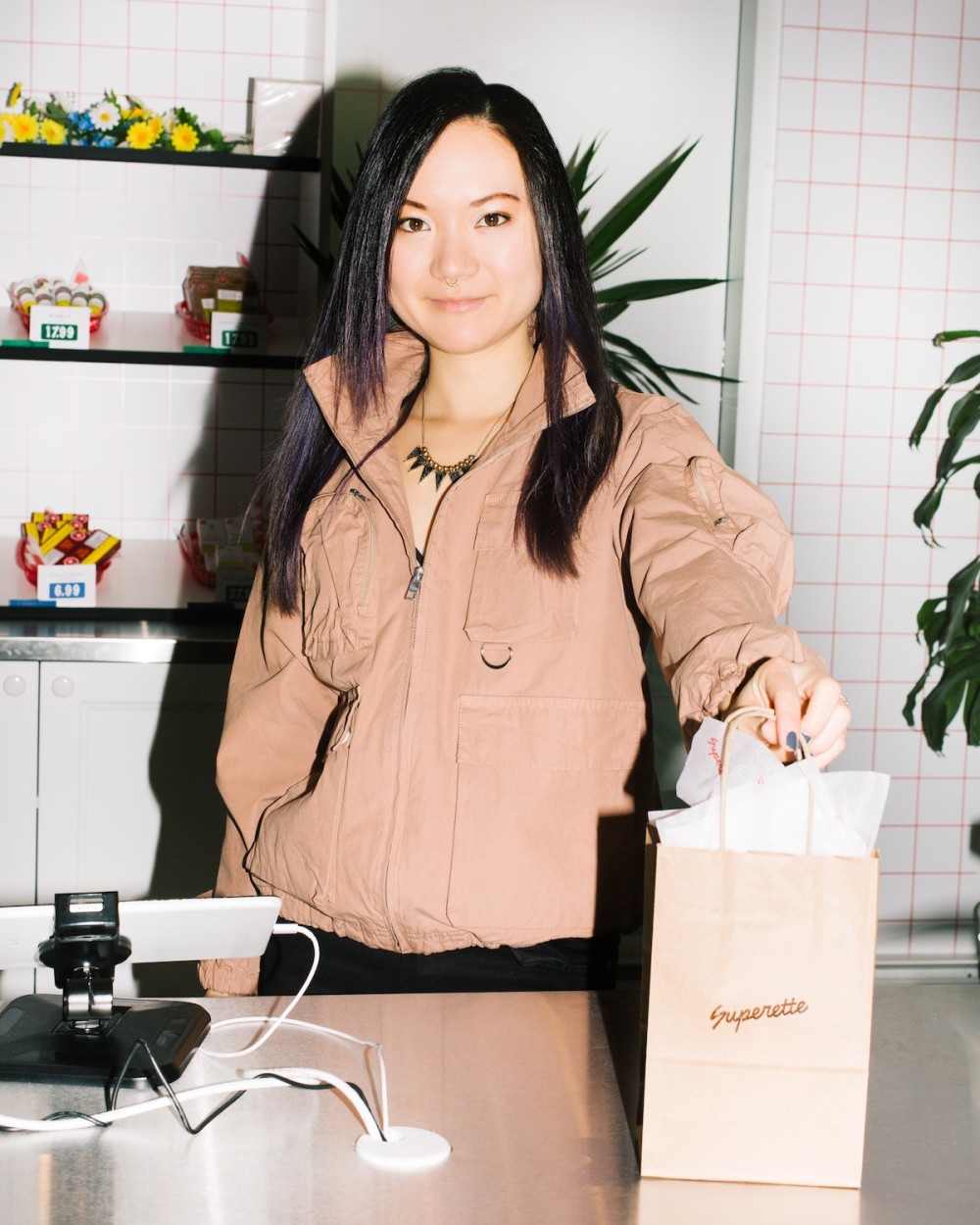 After Tokyo Smoke was acquired, Drummond and I were both presented with great positions within the new entity. We saw it as another job. A great job, but just another job. We thought, why not take this opportunity to bet on ourselves? So we left and started Superette.

At that point, there were a lot of cannabis retail concepts that focused on being luxurious and tech-forward, that really inclined towards that premium feeling. And then there were a lot of legacy head shop-types that were geared toward experienced consumers. We wanted to create something that was a little bit more fun, a little bit more accessible, and that could bring back a human connection.

I’ll paint the picture: You’re walking outside. It’s Wellington Street West in Ottawa. And then you see Superette. It’s a white corner placement. Really, really bright. You walk in and someone’s there to greet you at the door with a smile on their face. They ask to check for your ID to make sure you’re of age and on you go. You enter a large space that’s very akin to your local corner store and there’s a menu that has a list of the current product offerings in store, plus shelves, counters, and deli spaces all showcasing cannabis, cannabis accessories, and also educational pieces.

There’s a lot going on, but it’s very organized. Cannabis can be very confusing for people—they don’t know where to begin. But we try to set up the store so that whether you’re a new user or an experienced user, you can find the section that works for you. You can talk to someone if you want to, or you can not if you don’t want to. You can also just sit down and chill. 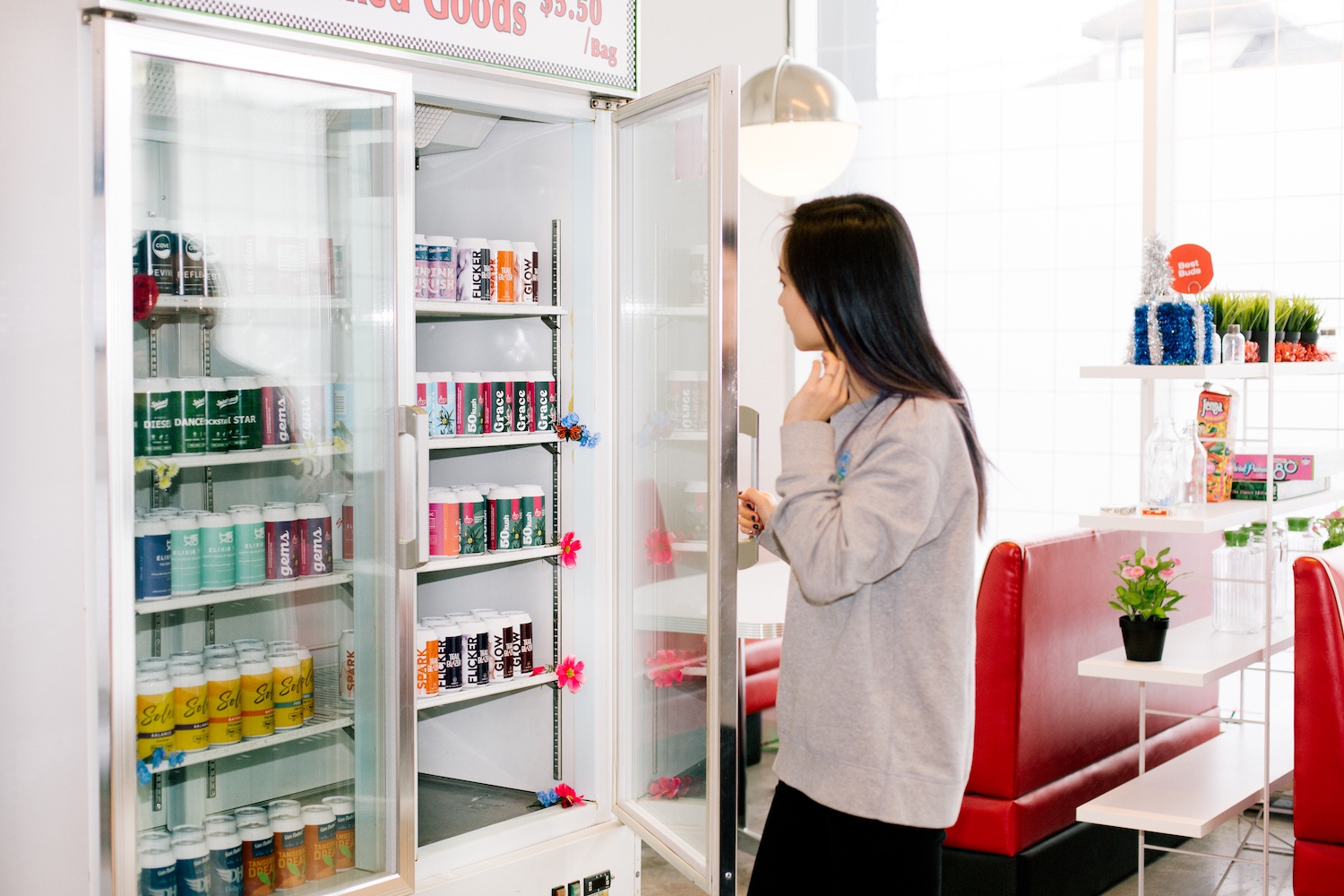 Our goal is to make sure you are empowered as a potential customer. 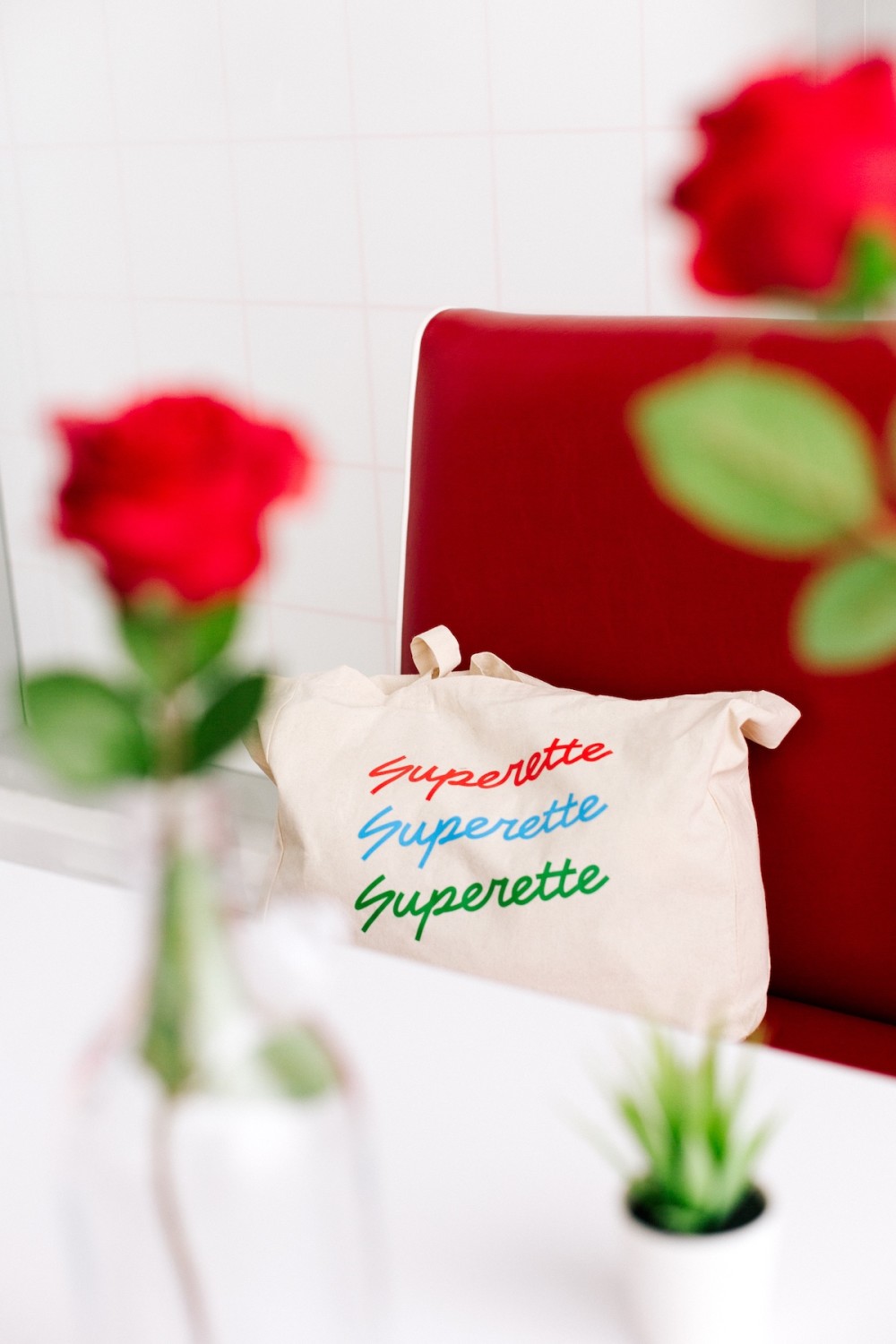 Our goal is to make sure you are empowered as a potential customer. There’s no forcing you to buy any products. We just want you to have a good time in the store. That’s the main goal. I want you to come away from our store feeling good.

When I was working in venture capital, day in, day out, I was interacting with entrepreneurs who were doing things in undefined markets and growing really quickly and just going for it. I think that’s what planted the seed for Superette. Wherever I go, I’m always asking, how can we make things better? How can we continue to improve? And what can we change to push the envelope? I realized it was really difficult to do that in traditional industries where there are set standards and expectations.

The voices for social justice in cannabis are much stronger in the U.S., perhaps because the impact has historically been larger. But there are certain groups in Canada that are working hard to push policy forward—groups like Cannabis Amnesty. There’s a general awareness that this space has to grow collaboratively and can’t shut the door on people who made the industry what it was. I think a focus on inclusion and the recognition of legacy participants is extremely important. 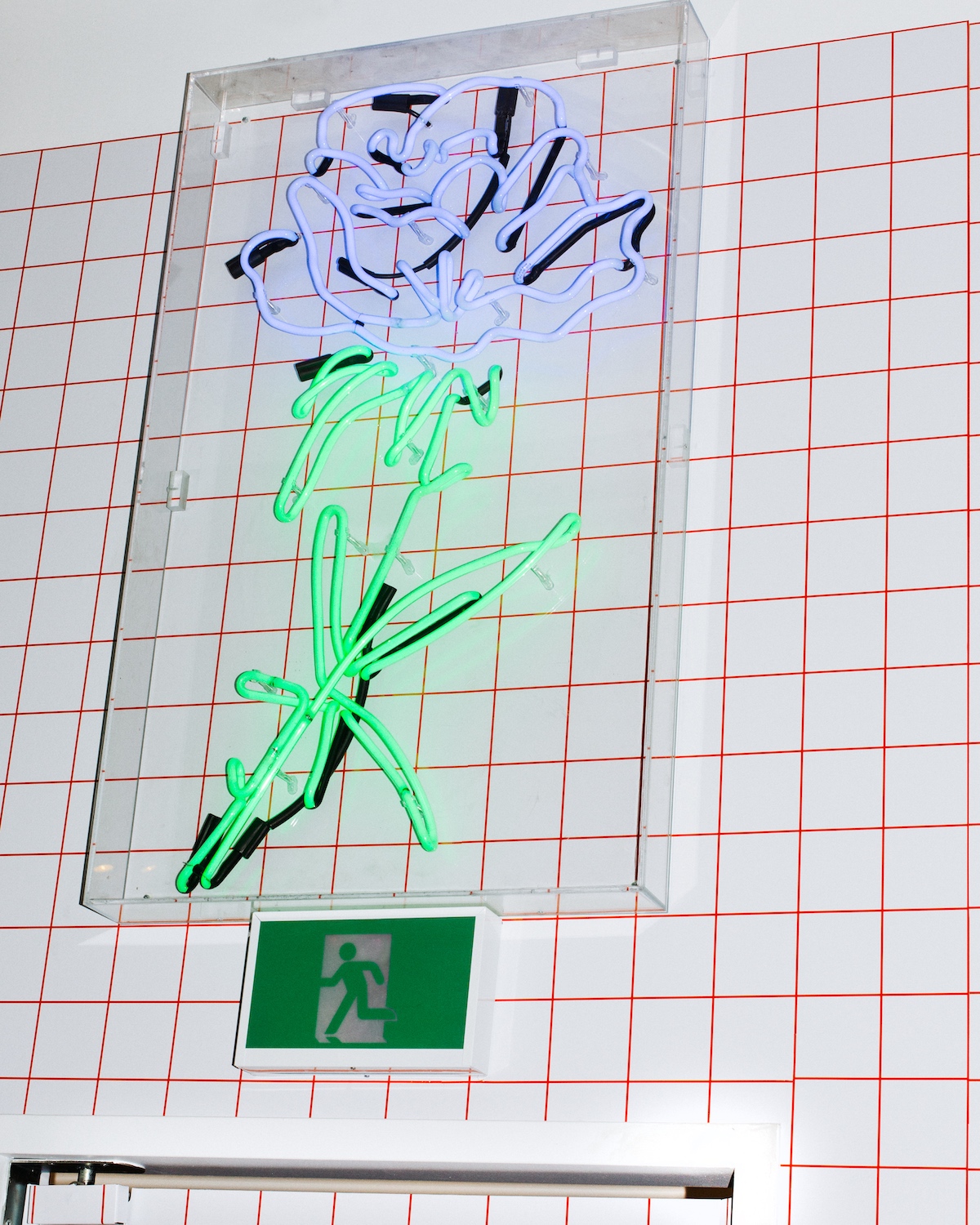 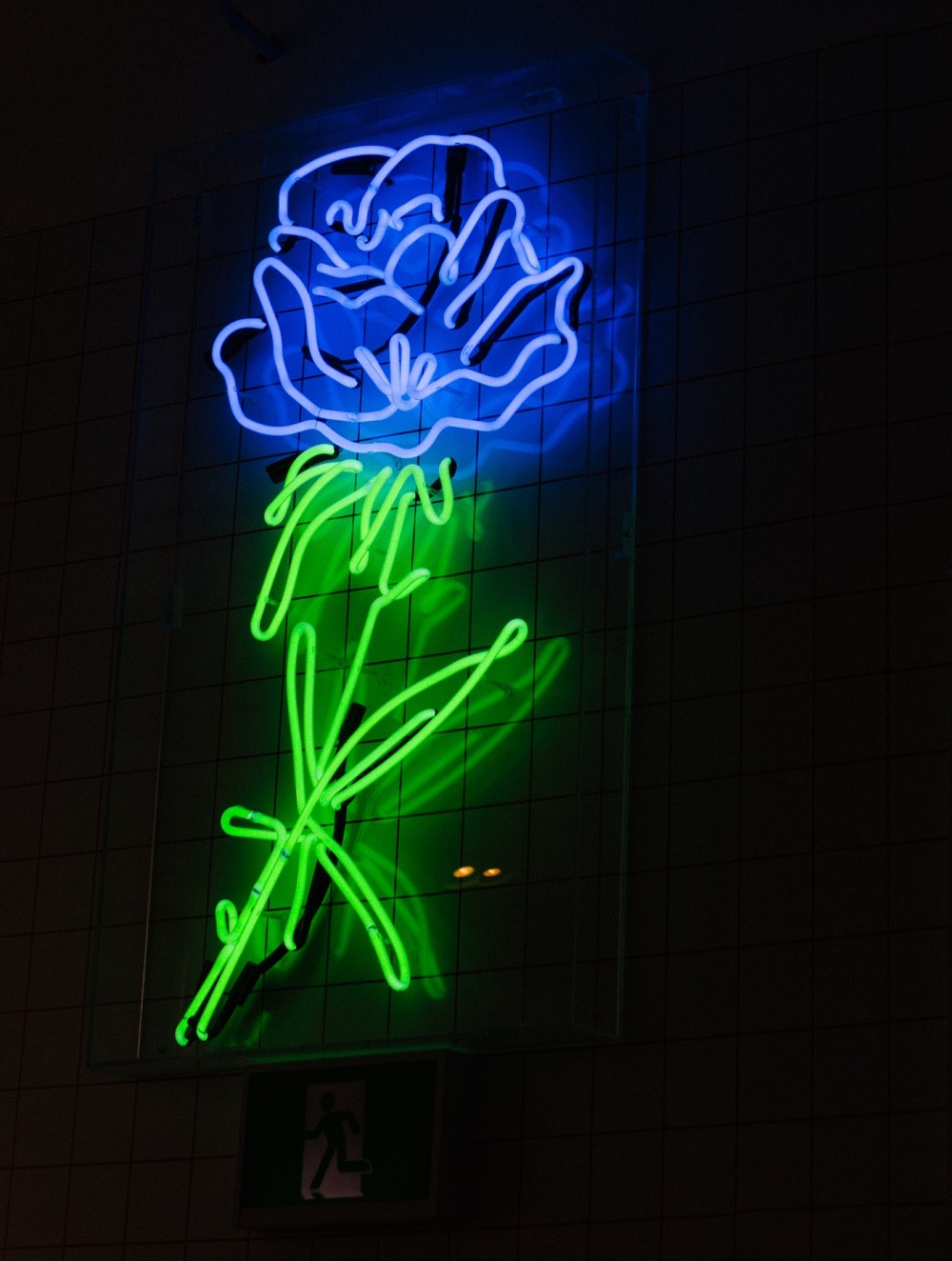 One thing people don’t realize is how extremely wasteful cannabis packaging is.

Last year, we focused on launching a large corporate social responsibility campaign for 2020. We’d been dedicating community service hours to groups across Ontario, like Ottawa Food Bank and Daily Bread, but then we started thinking: how can we make this a little bit bigger?

One thing people don’t realize is how extremely wasteful cannabis packaging is. Tweed, a cannabis brand, and Terracycle, a waste management company in Canada, recently committed to taking cannabis packaging from retailers, cleaning it, melting it down to pellets, and reusing it. We wanted to hit two birds with one stone, so we launched a commitment to match every package returned to the store for recycling with a food can donation to the Ottawa Food Bank. We do a minimum commitment of 5,000 units a month. It’s a call to action for people to be a little more aware of what they should be doing after they’re done with the product. At the same time, it provides really meaningful benefits to Ottawa.

My parents are supportive of Superette in the sense that they’ve seen the press and recognition that we’ve received. But I don’t necessarily think they are supportive of the industry I’m in. I think for them, along with a lot of people in that generation, there still is an element of education that needs to take place—to say, “Hey, this is legal and this can be a safe product for you.” There are definitely many people in this world who are more supportive of me than they are, unfortunately.

I face imposter syndrome all the time. I spent most of my career behind a computer screen, but now I’m very front-facing. There’s this persona that I have to put on. I have to be positive and act like everything is good. But I do get frustrated. I do get stressed out. But I try to look at things from a different lens: This is a new experience. This is flexing me in new directions and giving me a skill set that I didn’t have before. Let’s just explore that. Using that as a framework, I’ve been able to learn so much. 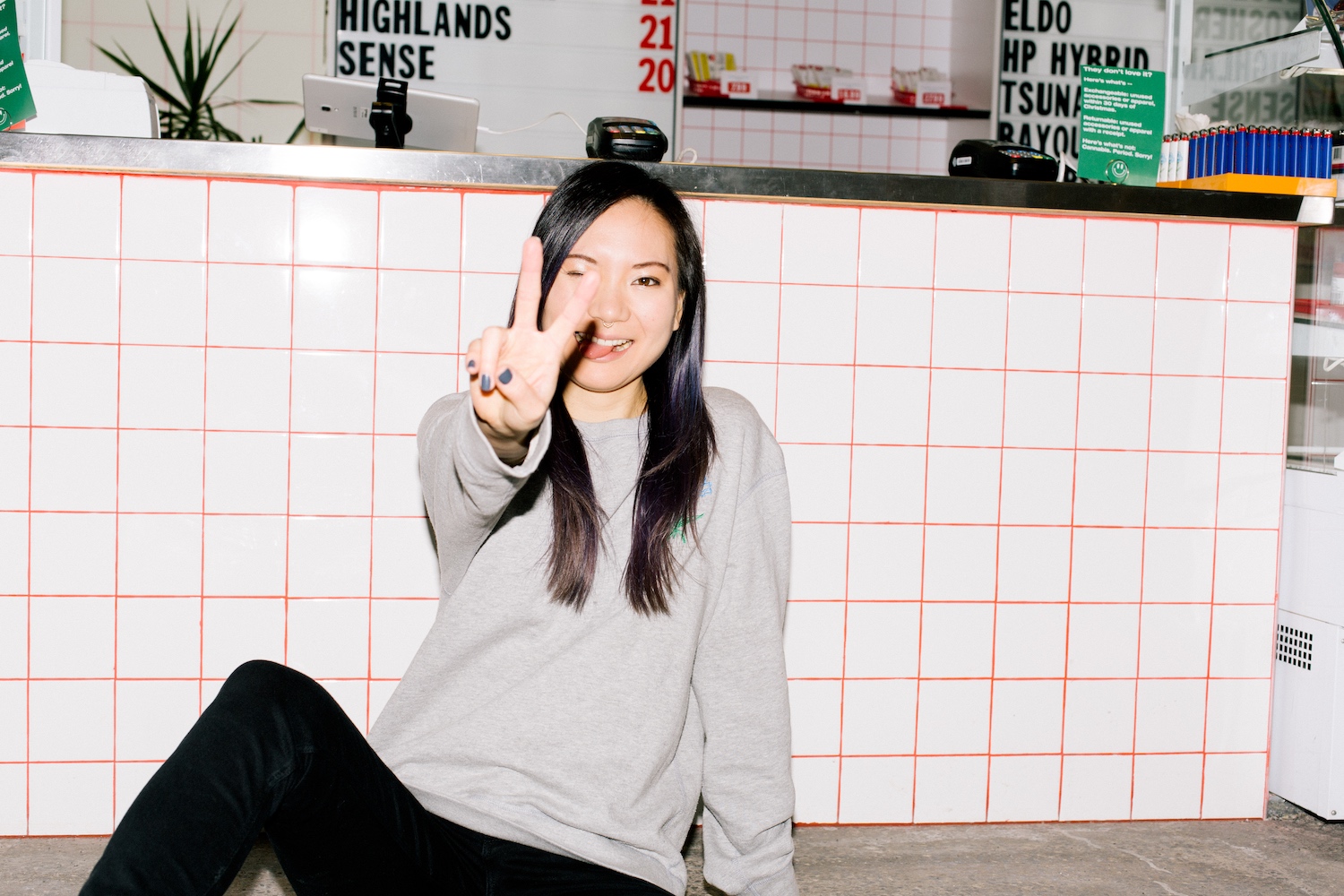 This interview has been edited and condensed for clarity. Mimi Lam photographed by Kristina Dittmar at Superette in Ottawa. If you like this Conversation, please feel free to share it with friends or enemies. 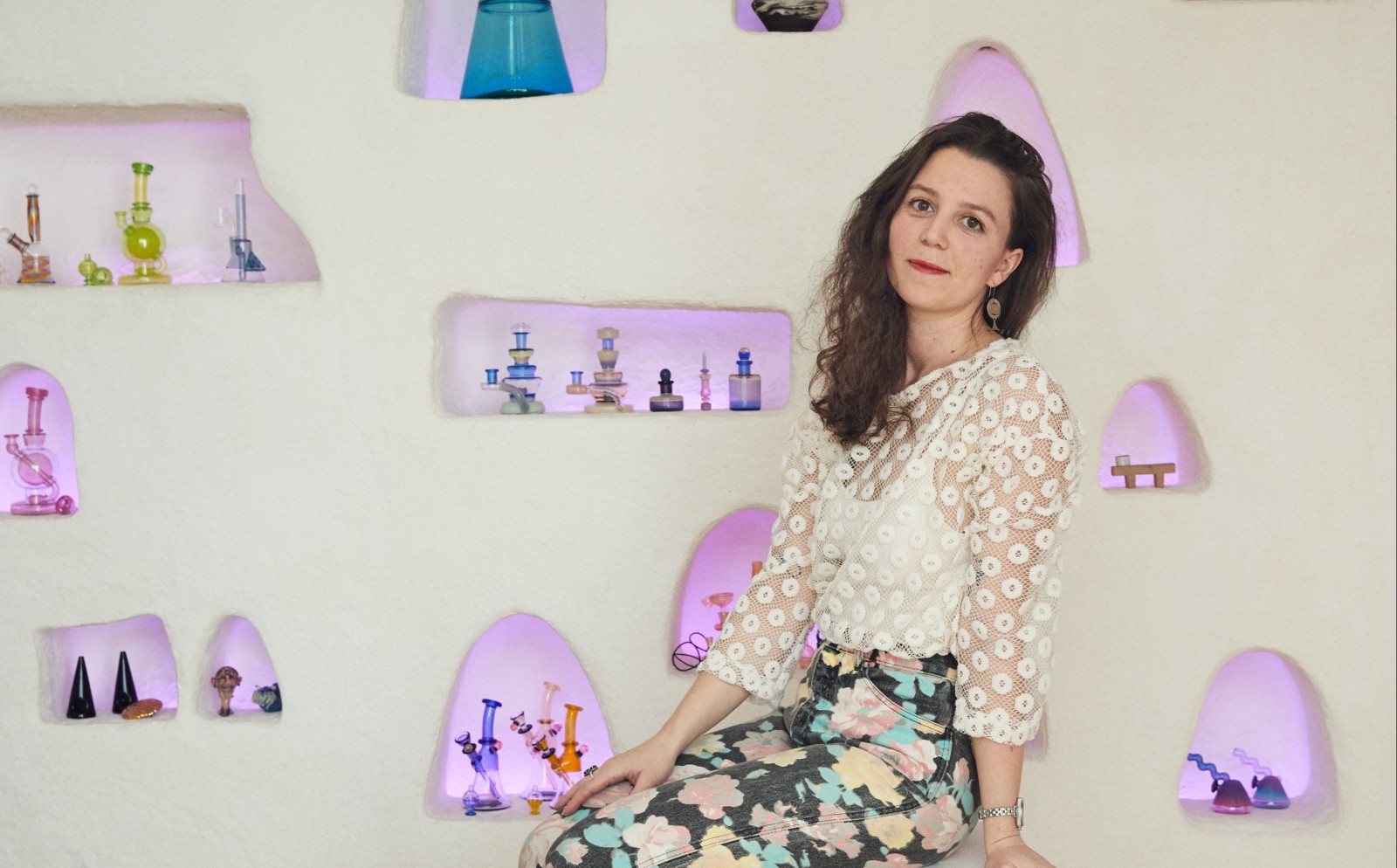