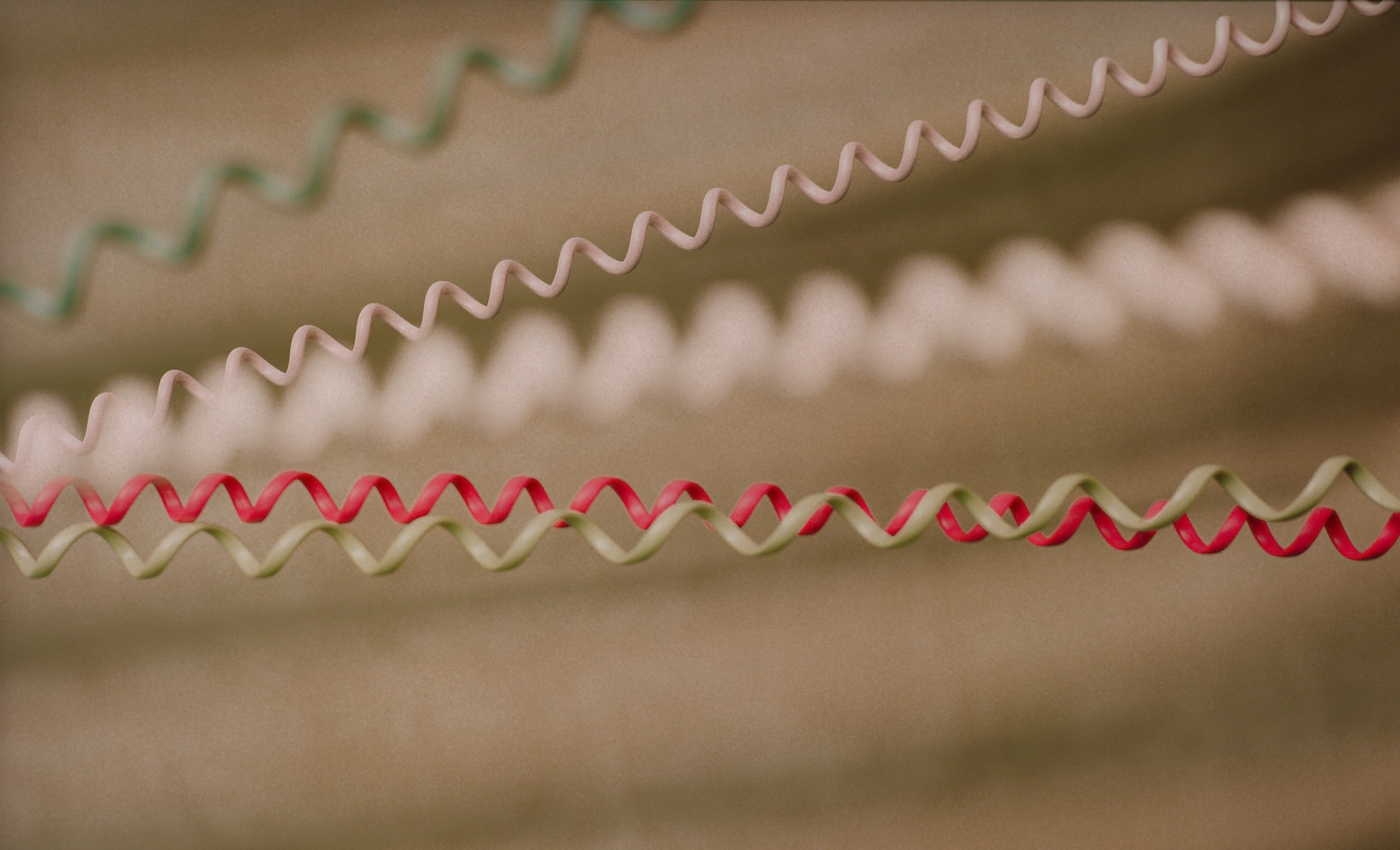 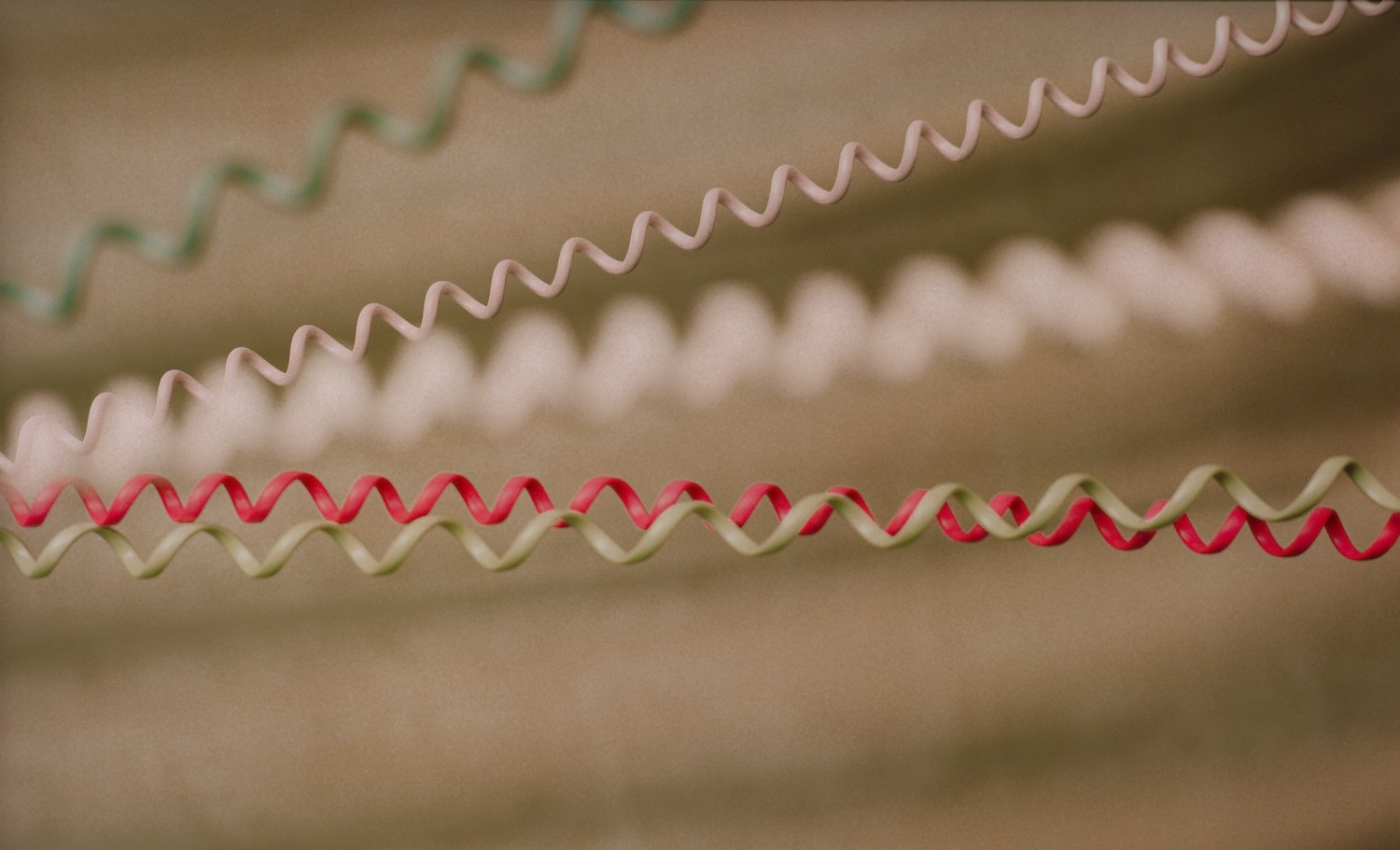 Life behind the lines of one of New York’s most iconic restaurants.

This feature originally appeared in Volume Four of our print magazine. You can pick up a copy here or at a stockist near you.

We did it in a SoHo loft, wearing jeans and tees, taking reservations for a gaggle of top-tier Manhattan restaurants, places that played themselves on Sex and the City and in the opening credits of SNL. Page Six sightings hubs. Places that act as central nodes for media movers, go-to celebrity cafeterias, and other platonic ideals of a glittering New York City restaurant scene: buzzy, beautiful, smartly controlled chaos.

The people on the lines were separated into four groups:

PROFILE: Plebes. Normies. In binary, zeroes. The largest of the four groups. On average, well over half the calls. Almost never got what they wanted. Almost always pissed.

PROFILE: A rare, exotic bird. Important. Memorable. At least one person in the restaurant knows who they are on sight, sound, or name. An A-to-high-B list actor, editor in chief or of note, a Times writer or Page Six gossip, a novelist, artist, or top-tier chef. Tina Brown, Graydon Carter, a Gosling, a Hemsworth, a Bushnell, a Rushdie, or (groan) a McInerney. Maybe a regular or neighbor. But mostly, bona fide celebrities. Maybe 10 percent of the calls. Usually got whatever they wanted. 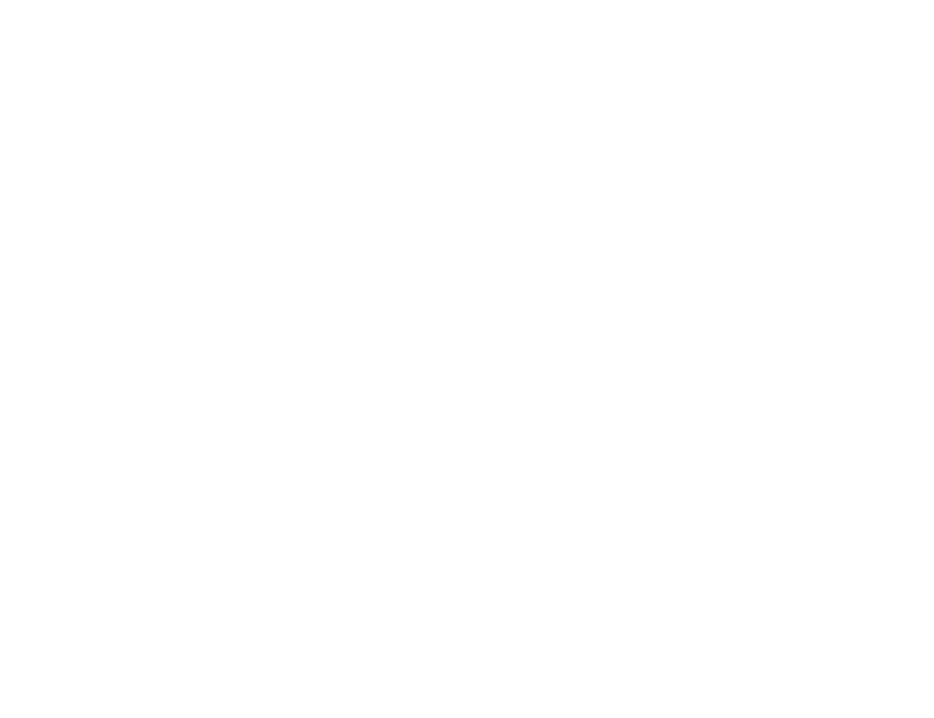 PROFILE: The 99th percentile. Royalty. No, really: actual, literal royalty. Wills and Harry. People who only need first names: Anna, Bono, Hillary, et al. Also, the owner, the owner’s family, investors, the chefs, and anybody who’d racked up visits in the triple digits. This list was so small, you were able to memorize it, and probably should. Always got whatever they wanted.

PROFILE: The PAB code flew under the radar of the owner, but was a secret language shared between Mission Control and the restaurants. Were you a dick to the maître’d or your waiter? Tip below 15 percent? Consistently late to reservations? A prick on the phone? The person with the thick Joisey accent who claimed to be a “friend of the ownah!” without even knowing his name? The entitled food writer who constantly bitched about the place in public but clamored for reservations privately? Were you the big-time editor who got caught fingering his mid-aughts microcelebrity date under the table and had to be asked, repeatedly, to stop? If so, congratulations, you’ve earned yourself a PAB code: “Punk-ass bitch.”

Most of the day involved picking up a phone, disappointing most of the people on the other end, hanging up, doing it again.

If you were a PX or PPX with one, we’d call you back after finding out what you did to earn the code, gossiping with the office and maître’d about you, and deciding your night’s fate in a 45-second ad hoc kangaroo court.

(There’d never be a triple-P with a PAB.)

And that’s how it went.

For the most part, the job represented little power. We stuck to the playbook. Most of the day involved picking up a phone, disappointing most of the people on the other end, hanging up, doing it again. I can’t speak for the others, but I was broke and could barely afford my rent, much less a meal at these places. I’d be lying if I didn’t tell you it didn’t feel good, sometimes, to deny people their supposedly rightful place among the bistro chairs and antique distressed mirrors. Our own slight act of anti-capitalist revenge. But whatever weird little thrill that provided soon boomeranged when you inevitably had to give that table to someone more than them—more famous, more beautiful, more powerful—yet another reminder of just how subjugated you were. This cycle only deeply reinforced the truth of all the shit you were eating.

I’d be lying if I didn’t tell you it didn’t feel good, sometimes, to deny people their supposedly rightful place among the bistro chairs and antique distressed mirrors.

It was all the places those people got to go to that you couldn’t. In 2006, it was Don Hill’s; it was Stereo on Halloween. It was Lit Lounge or Sway—which you could get into, but would you know anyone there? Later, it would be the cliques of writers who all hung out together, who shared secret shit-talking Slacks and bylines at all the right places. Long before that, it was in fourth grade, when Billy Gaughn called you a kike and pushed you over a pick in flag football. Everyone laughed. Of course, you’d run with a good crowd of skaters in middle school, but none of them stayed friends, and most of them ended up stuck in one way or another.

Twenty-five-some-odd years after that, you’d get into the Purple magazine Fashion Week party at the Boom Boom Room, only to realize the only person as bored as you was Andrew Garfield (PPX?), his head in his hands at the gold-accented bar, looking absolutely dejected, forced into place like a zoo animal reminded of his fake preserve, dead behind the eyes. And the people you’d run into there, they weren’t your real friends, the ones who wouldn’t know Purple magazine from your shitty purple prose. And you’d go on to talk shit on your own secret Slack, about others. You’d be a gatekeeper of things where you could employ discretion: jobs, bylines, parties other people would want to be at, where you might not want them. Did they deserve to be excluded? Is there ever a good way to answer that?

Occasionally, the calls were fun. People made small talk. Sometimes, on a No Status or basic PX call, they’d make a joke out of begging. You could bond, momentarily, over the Sisyphean nature of both your roles. But occasionally, you’d get a call that started the right way, hit all the right notes. You pick up the phone, and they’re earnest.

“We’re gonna be in town for a few nights, and my girlfriend is a huge fan of Sex and the City, and we saw it on the show . . .”

And then, they’d say a thing, speak a shibboleth, gently lob an aside which emerged through the static of the hundreds of calls you’ve answered that day, a signal from the noise: some tender glint of awareness that recognizes just how unlikely this ask is. And you realize that they share in the same struggle that you do, to want things you can’t have, and fret about how they, too, rate in the same way in the same unseen system. And you’re also, both of you, maybe, trying to fight the feeling of whether or not entry to these places, or even the mere longing for it, somehow denigrates something essential about you to begin with.

There’s a line from a movie: “Isn’t it funny? The truth just sounds different.” That’s how the special words went. Never really anything specific so much as a general tone. Or some offering of vulnerability. Just two people, over the phone, dealing with an arbitrary, often capricious threshold of entry, and the desire to cross it. All these ways we keep people out, or let them in.

We weren’t supposed to. I don’t know if the others did. But with these, I’d always try. I’d ring up the host stand. Tell the kingsguard: Cal, this guy isn’t anybody. He’s just really nice. He’s someone we want around.

I never thought about how gratifying it was then, or how much it saved me and my sanity.

Sometimes, I’d get back on the line, announce that they were good to go, to have a good time, and slot their name in. I never thought about how gratifying it was then, or how much it saved me and my sanity. I look back at all the times in my life I was selfish for years on end—not volunteering, not listening, not extending these small moments of unnecessary grace to a stranger—and that time in my life, specifically: angry, dejected, discouraged, beaten down. This dumb job gave me nothing more and nothing less than the memory of these small graces, these micro-redemptions. The memory of: you weren’t all bad. And you maybe—just maybe—might not be now.

I wouldn’t discover the art of Jenny Holzer—the pithy, hilarious, angry platitudes she calls “truisms,” often printed in large type, often projected in light, in public places, for anyone to see—until years later. Anyone familiar with her art knows the most famous of these truisms: “ABUSE OF POWER COMES AS NO SURPRISE.” But I didn’t fall in love with her art, helplessly, until I saw it alongside one of her lesser-quoted lines, among the obscure few of her unapologetically softer verses:

“IT IS IN YOUR SELF-INTEREST TO BE VERY TENDER.” 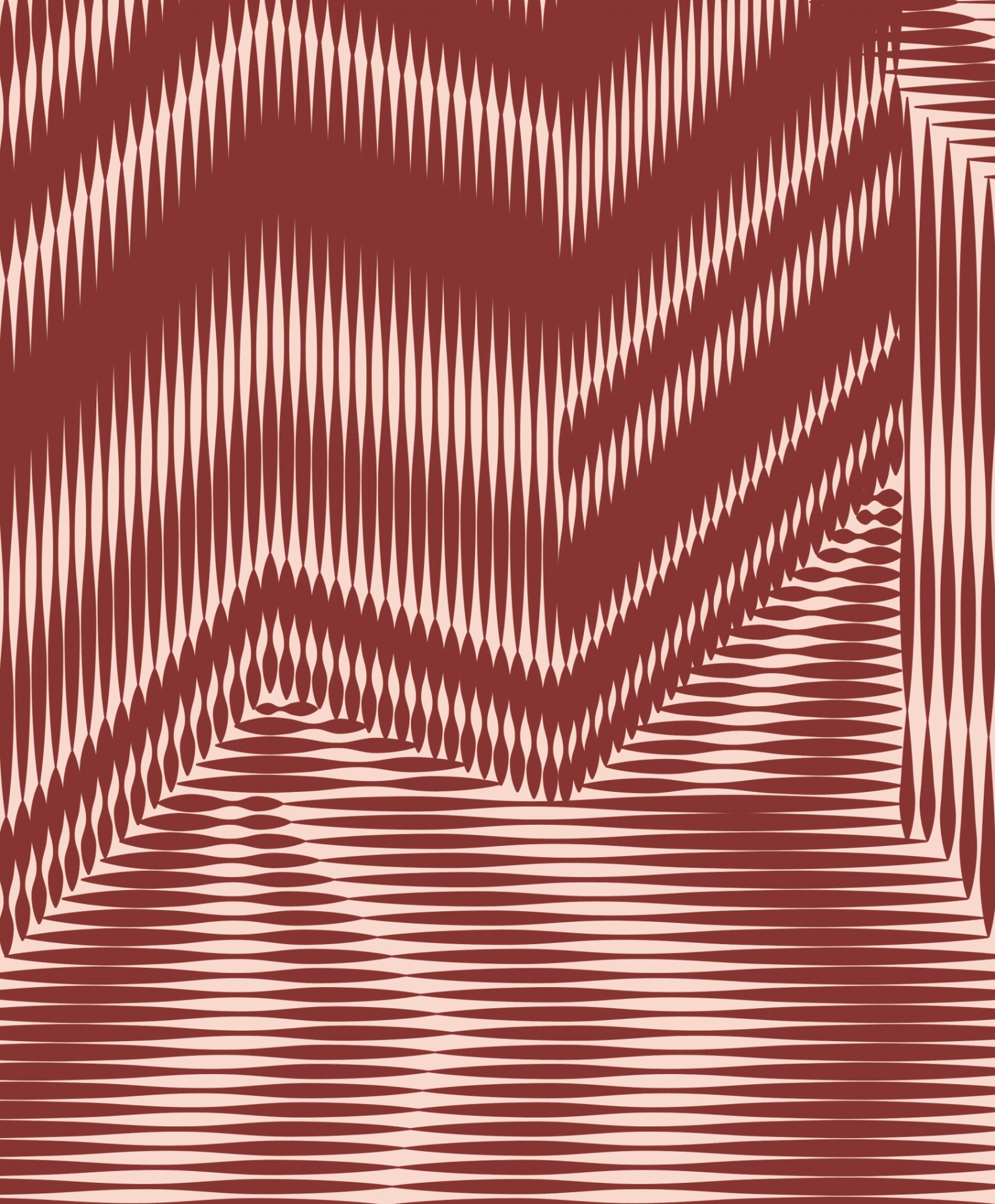