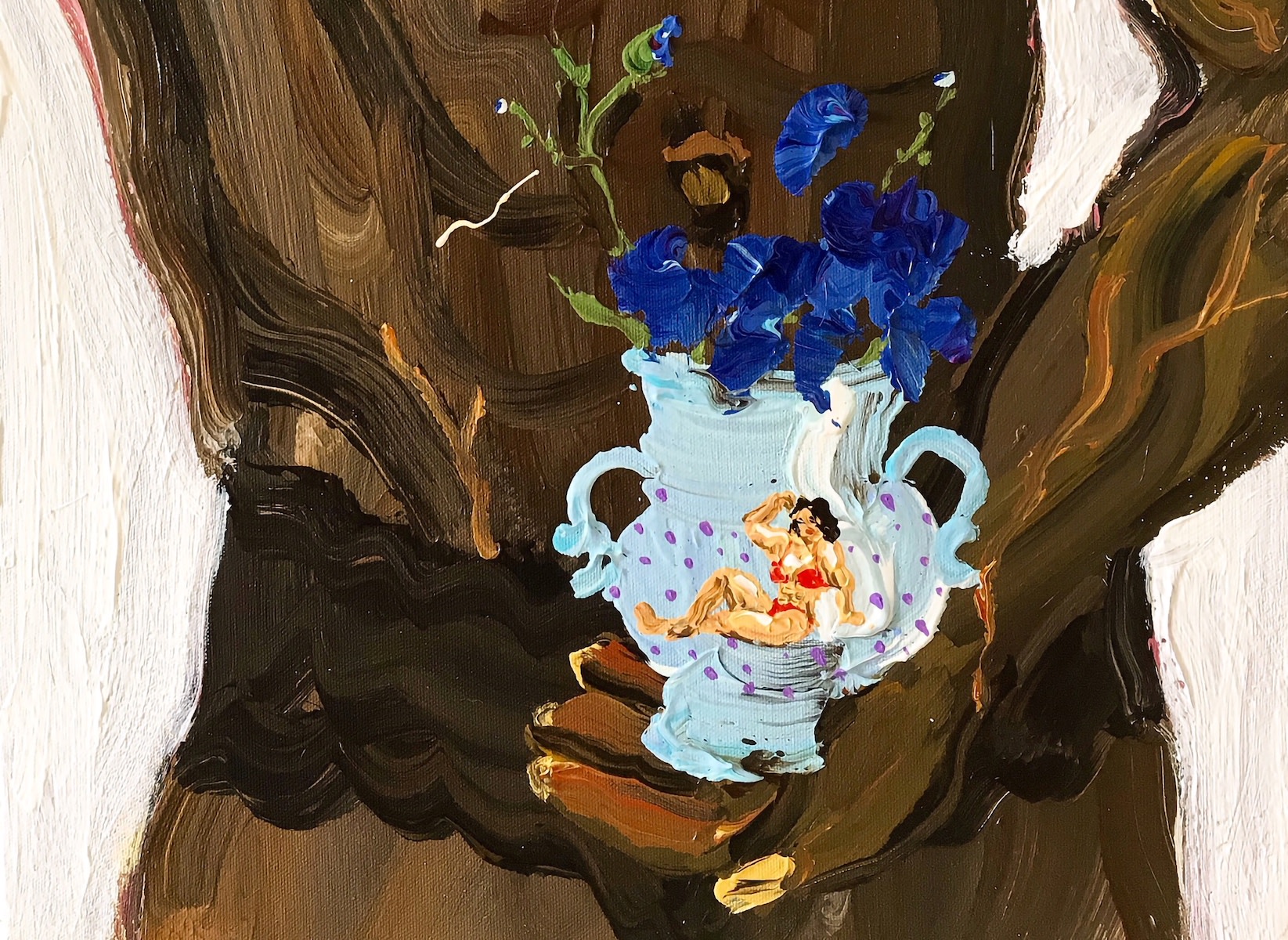 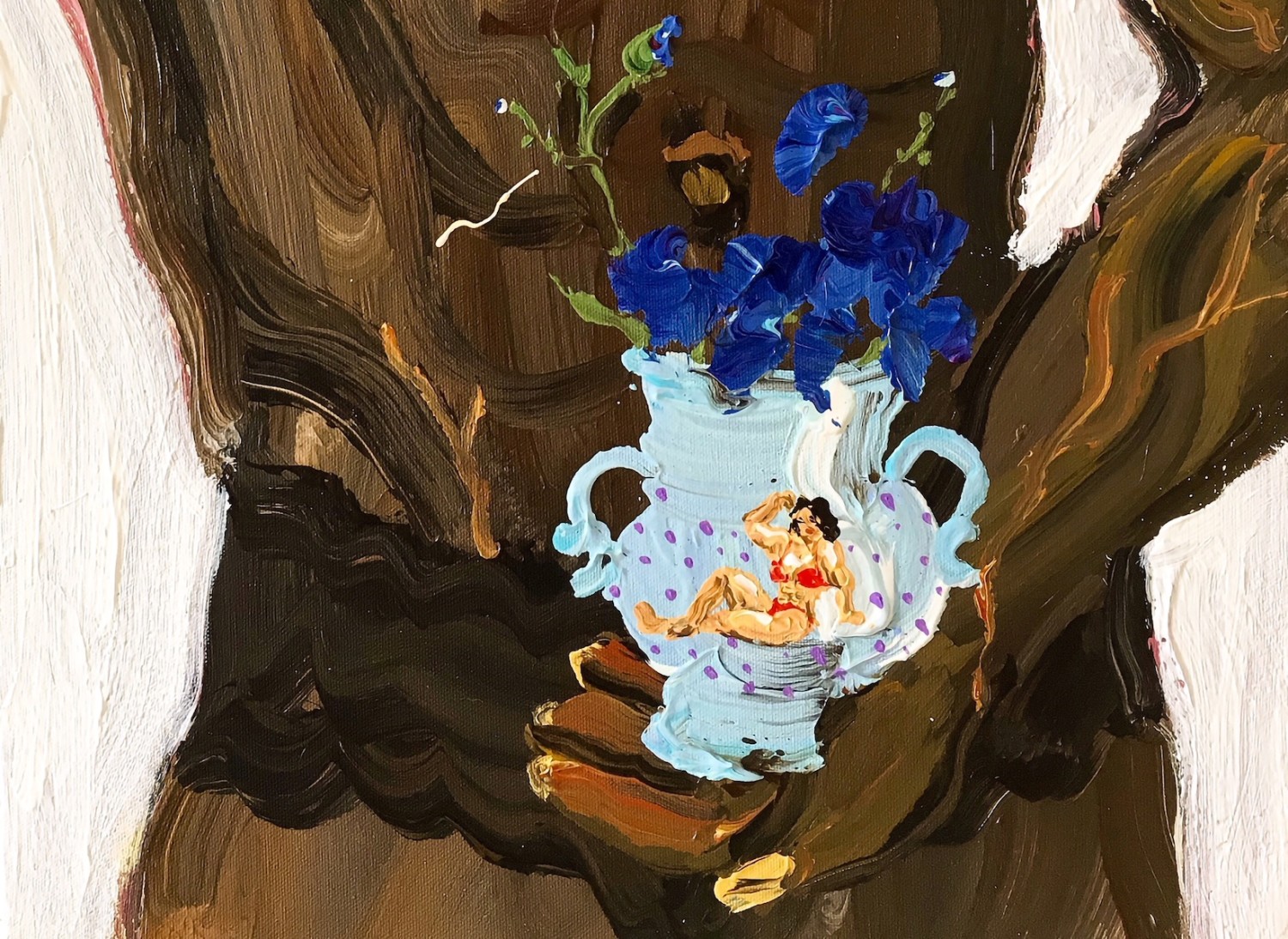 Love and Other Drugs

Getting to the bottom (and top) of cannabis in the bedroom.

This feature originally appeared in Volume Four of our print magazine. You can pick up a copy here or at a stockist near you.

Maria will also be answering any questions you might have about sex, cannabis, and everything in between on the Gossamer Instagram account this Friday (as in, tomorrow). So drop us a line at hi@gossamer.co or DM us and we'll do our very best to answer it.

As a sex writer who also happens to be vocal about her casual cannabis habit, my inbox can sometimes look like that of a teenage stoner with a porn addiction. Between newsletters, work assignments, and the occasional trip-planning emails between friends, there are subject lines that, just four years ago, I’d never expect to show up in my professional Gmail account. Prostate vibrators, weed-infused teas, tips from world-famous sexologists, and invitations to CBD-spiked massages are just a handful of the pitches I’m sent on a regular basis. But recently, these two seemingly separate parts of my identity have been mingling in my inbox—and in my bedroom.

Cannabis addresses the things that get in the way of pleasure, connection, and intimacy.

But, unlike a CBD-infused face mask or THC-spiked bath salts, these sexual wellness products might actually offer some life-altering effects for the people who use them. “People are seeking out these products for a lot of different reasons,” says Cyo Nystrom, the co-founder and CEO of Quim. “Perimenopausal women seek them out for different reasons than trans men do. And those reasons are different than why college women check them out.” For all kinds of people, they make sex better. As Ashley Manta, sexologist and founder of the brand Cannasexual, says: “Cannabis addresses the things that get in the way of pleasure, connection, and intimacy.”

That said, the specifics of cannabis’ influence on our sexual anatomy and reproductive systems is where things can get murky. Much of the science is self-reported, because there haven’t been any major studies on the interplay of cannabis and sex. “It’s difficult to study cannabinoids in the states in general,” says Dr. Alex Capano, Gossamer’s science advisor and chief medical officer of Ananda Hemp. “So we know what cannabinoids do to your system, and how that influences sex, but we can’t say ‘this dose helps with this.’” There’s also a vast difference between how cannabinoids that are inhaled or consumed sublingually affect sex and those that are applied topically.

But on a basic level, here’s what we know. “You have CB1 and CB2 receptors in your endocannabinoid system,” Capano says. According to the Journal of Molecular Endocrinology, CB2 receptors are abundant in female reproductive tissue. These receptors influence pleasure and libido, affecting how we perceive stimulation. 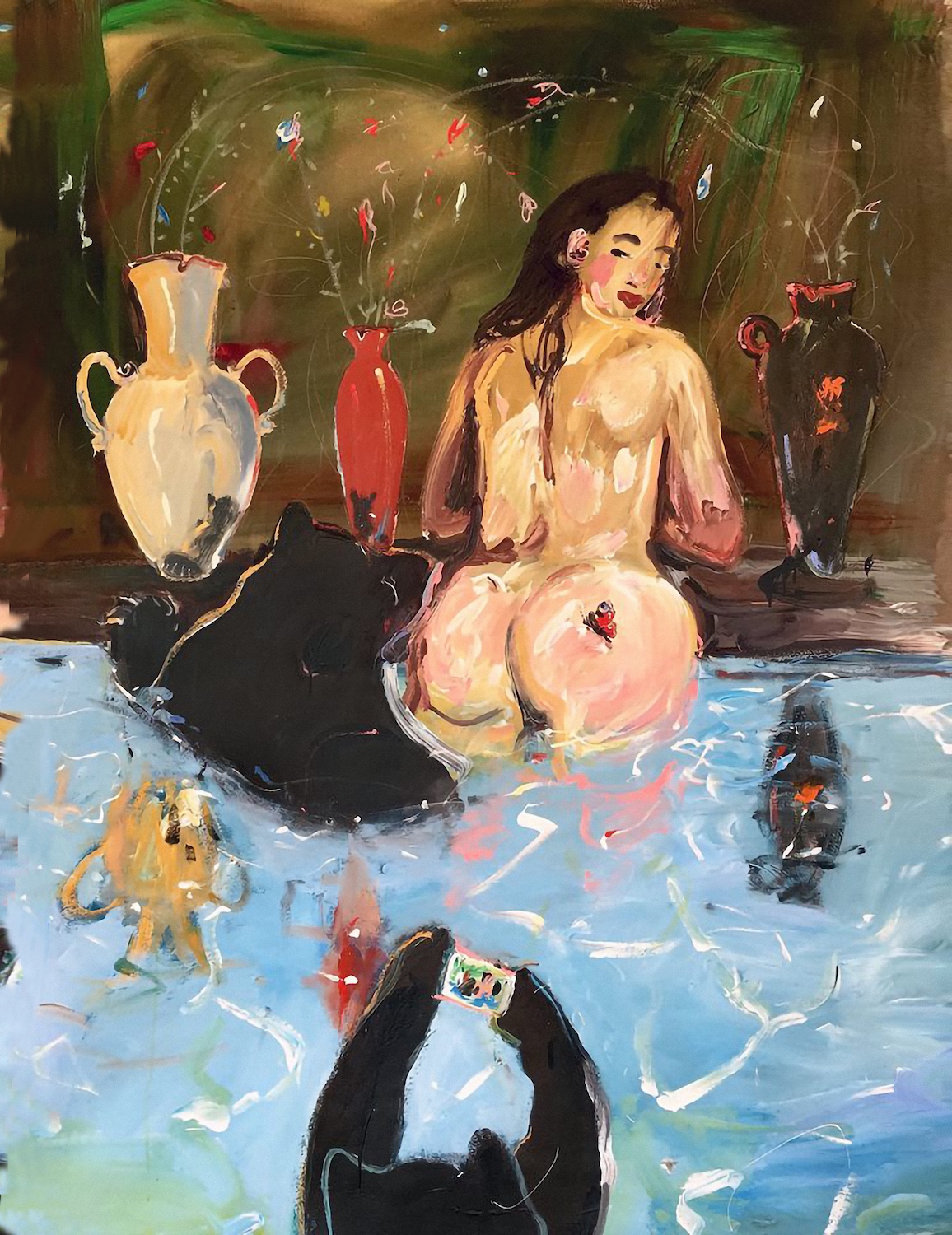 When THC and CBD are applied to female reproductive tissue, they act as vasodilators, which means they increase blood flow to the area. “This also helps to promote natural lubrication, and can increase nitric oxide production at the local level,” Capano says. (That’s good news for folks with penises: according to a study published in The Journal of Sexual Medicine, nitric oxide was shown to be a more effective treatment for erectile dysfunction than sildenafil, which is the main ingredient in Viagra.)

There’s another aspect of topical application that even the pros can’t seem to wrap their heads around: cannabis’ unique ability to both enhance and blunt certain sensations. “THC and CBD help with inflammation and pain,” Manta says, “which means they can increase pleasurable feelings while also decreasing painful ones.” The pain point is one that people who work in this space are quick to bring up—and quick to qualify. “In my world, every time we talk about women’s health, we just talk about the problems,” Capano says. “When I developed our sexual health product, Bliss, I made the argument that we should focus on pleasure.”

Capano isn’t alone. Manta and Nystrom also address the pleasure/pain principle. And Kiana Reeves, the director of education for Foria, another leading brand in the cannabis-and-sexuality market, begins our conversation on the phone by describing the biological function of arousal. “Arousal is the physiological response of the body of blood flow moving into the genitals and erectile tissue, which then naturally enhances sensation, heightens our ability to feel pleasure internally and externally, and enhances lubrication as well,” she explains. This, she tells me, is how she always starts these conversations. “We call our lubes ‘arousal oils’ because we’re a society that doesn’t focus a ton on pleasure, in sex education, in everything.”

But that’s not to say that THC and CBD’s abilities to blunt painful sensations during intercourse should be diminished. “Three out of four people with vulvas experience pain during sex at some point in their lifetime,” Reeves explains. CBD seems to be the cannabinoid that helps the most with that pain. “CB2 receptors in reproductive organs influence the HPA axis, which is the hormonal response system that influences menstrual cycle, mood, vasodilation, libido, et cetera,” she says. “Decreasing the inflammation will decrease the pain, but CBD also helps decrease the perception of that pain.”

THC and CBD have the ability to increase your libido, which means cannabis can help with foreplay.

Because arousal doesn’t just begin the second before penetration hits, the interplay between cannabis and sexual pleasure goes beyond the topical. For women especially, it can take a lot of mood-setting to get us amped up for a sack session. Luckily, THC and CBD have the ability to increase your libido, which means cannabis can help with foreplay.

Peter Barsoom, founder of cannabinoid-infused edibles brand 1906, says that they kept the full picture in mind when formulating their aphrodisiac chocolate offering, Love. “The brain is just as important as the pelvis,” Barsoom says, “so the formula needed both psychological and physiological effects to work in tandem.” Love mixes inhibition-diminishing herbs like damiana with catuaba, a medicinal tree bark, and muira puama root, both of which increase blood flow, alongside theobromine for a dose of energy without the caffeine. Plus, of course, a low-dose mix of THC and CBD. This emphasis on a full spectrum of plant ingredients is no accident: Barsoom also notes that while scientific studies on cannabis are limited, “there is a long history of humans using plant-based aphrodisiacs.”

Brands like Whoopi & Maya have also created a whole suite of products that aren’t necessarily meant for sex, but can be used as a form of foreplay. “Customers say that bathing with our epsom salts is great at helping them get in the mood,” says Elisabeth. “We also suggest snacking on Savor, our cannabis-infused raw cacao, ahead of time as a relaxation technique.” Foria’s Reeves is also a proponent of this 360-degree, holistic approach to sex. She points to the brand’s CBD vape as a way to get your head right for sex, while the arousal oils can get your vagina right. Female pleasure, after all, requires both to get things going.

There’s also emerging research around the use of CBD for PTSD, mostly in veterans. So if someone is dealing with PTSD from past sexual trauma, CBD can be helpful in that. “If you’re unconsciously clenching your pelvic floor muscles as a reaction [to your past trauma], this can help you relax,” says Nystrom. Reeves says that part of the development behind Foria’s CBD vape pen was to help with the physiological and psychological effects that can inhibit sex—PTSD and stress being a part of that. Manta also points to THC as an aid because of its impact on short-term memory. “That’s good for someone who, like me, has PTSD and is having a flashback during sex, and is trying to get that image out of your brain,” she says. But even if your pain isn’t assault-related, both THC and CBD show signs of helping, whether you apply it topically or inhale it. Capano cautions that THC can sometimes exacerbate PTSD. “I’d recommend proceeding with optimistic caution.”

Although I, like most women, have experienced sexual assault in my past, I don’t experience PTSD as a part of that. I’m also incredibly lucky to have a partner who is supportive both in and outside of the bedroom. I don’t suffer from other physical issues relating to reproduction, like endometriosis, which Capano says can also be helped by both CBD and THC. My exploration into cannabinoids and sex is purely pleasure-focused. 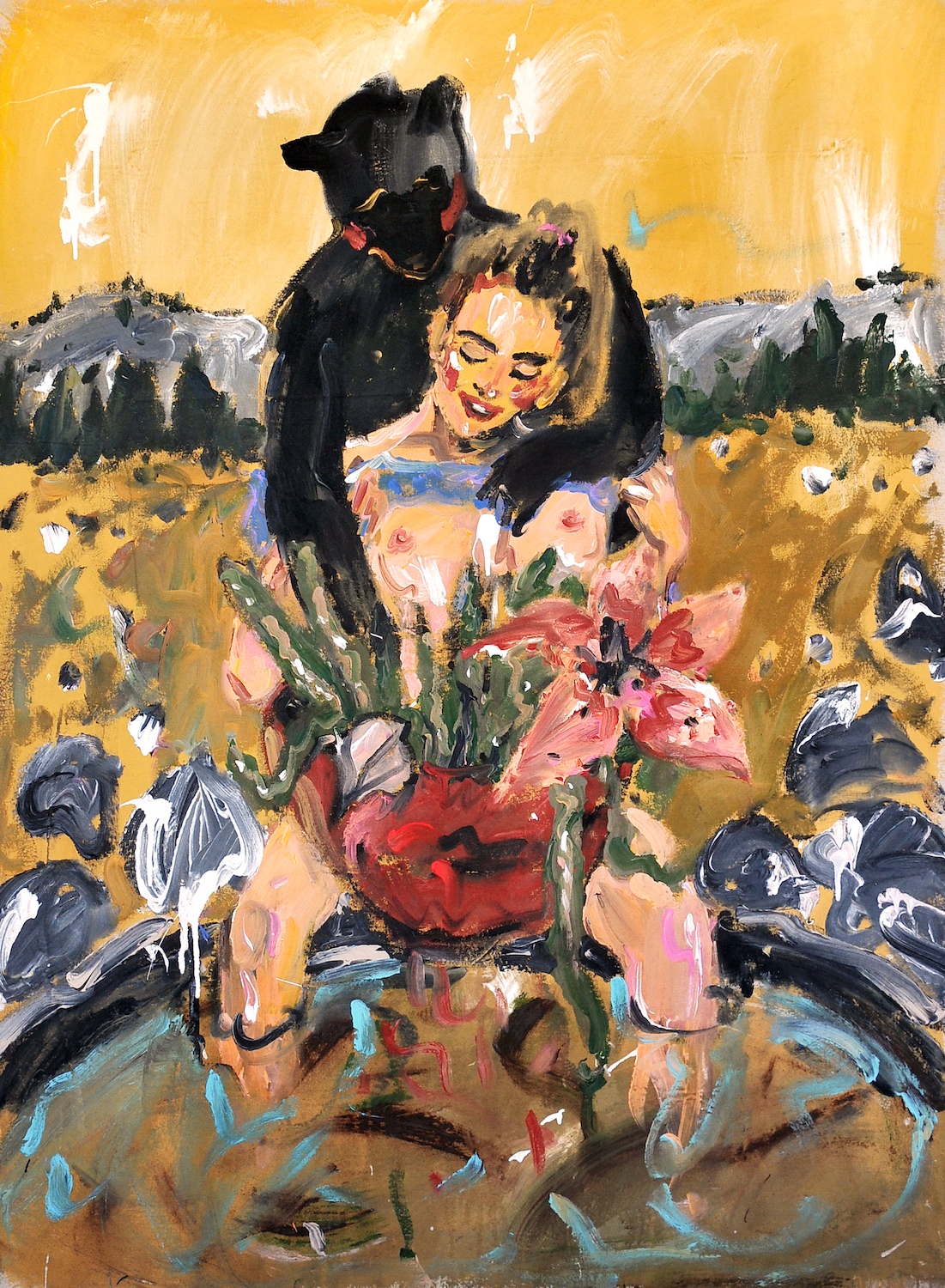 The Quim serum was much more moisturizing and much more pleasant to apply than other lubricants we’d used in the past. That’s because the serum base is aloe vera, which doesn’t dry out the way water- or silicone-based lubricants do. This also makes it safe for condoms in a way oil-based lubes (which THC and cannabis are typically suspended in) aren’t. Foria's Pleasure is oil-based, which means it isn’t latex safe, but it still provided major lubrication and slip.

Using Quim and Foria products were like sprinkling magic dust on my vagina.

There are other drawbacks to these kinds of products, according to Capano. “THC can cause dryness in the vagina, the same way it can cause dry mouth,” she says. So testing out doses is paramount. Some oil-based lubes can also cause clogged pores and folliculitis around your genitals, so it’s important to make sure you’re keeping it clean and tidy down there.

Overall, while CBD and THC might be a huge coup for sexual wellness, the purveyors of these products are quick to dismiss any claims or miracles. “We’re trying to steer away from the ‘magic pill’ messaging,” Reeves says. Nystrom agrees. “Cannabis isn’t a cure-all,” she says. “These products, for a lot of people, are working better than what was out there. We’re still figuring out the best way to use these cannabinoids, but when you compare them to other lubes, these are gentler.”

The most important benefit, though, seems to be the ability to give women more autonomy over their sexual wellness. And while cannabis and sex may be taboo subjects on their own, when put together, the outcome is as universally beneficial as it gets. 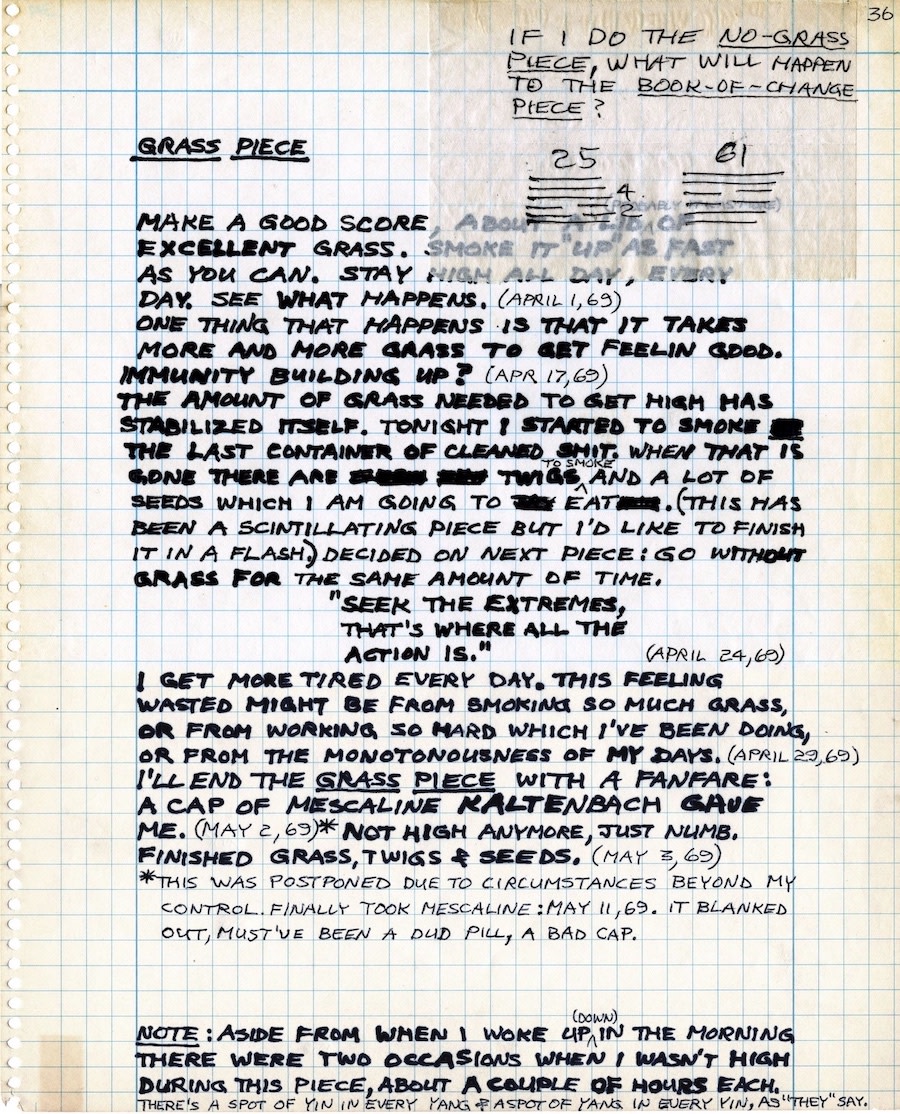