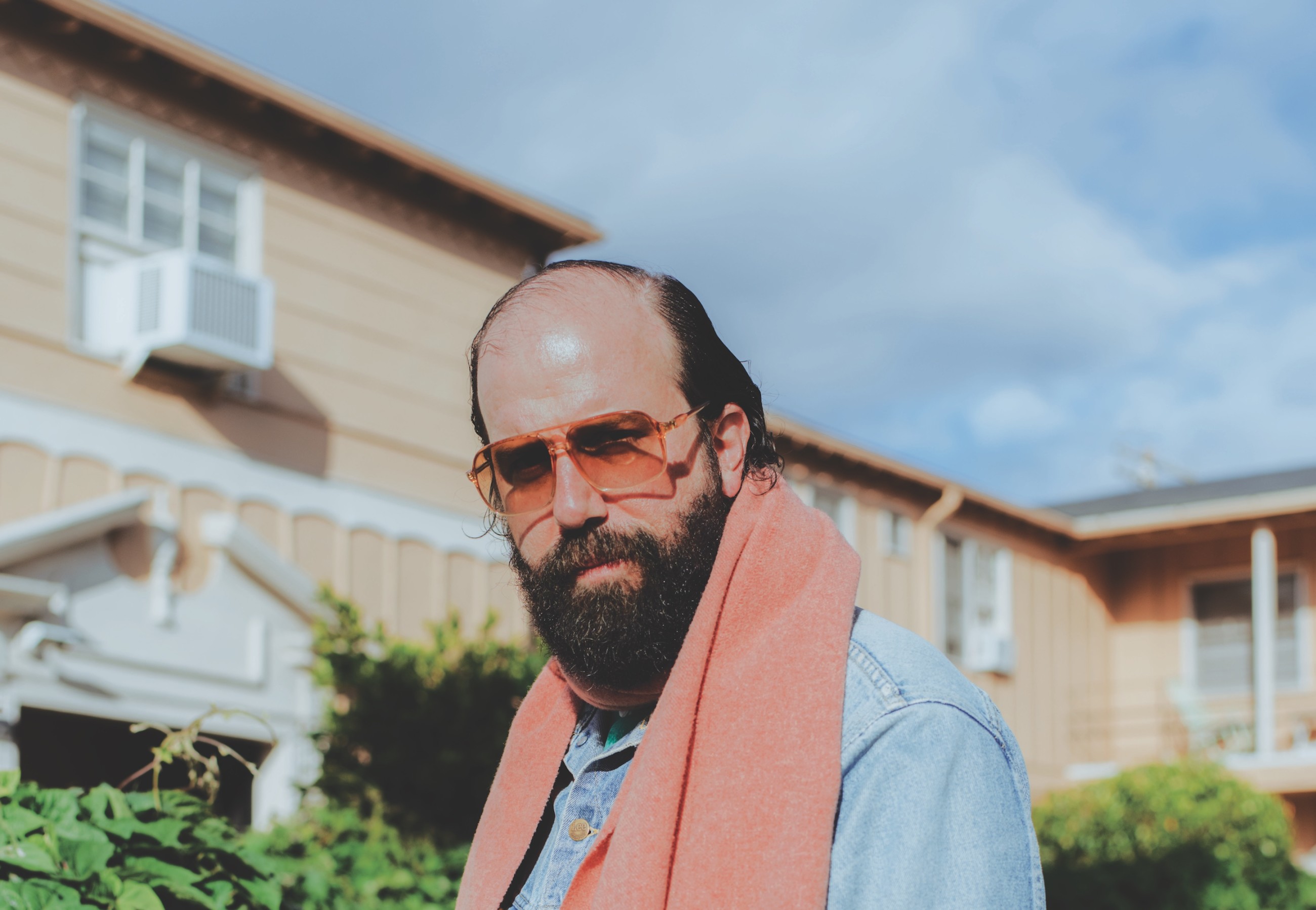 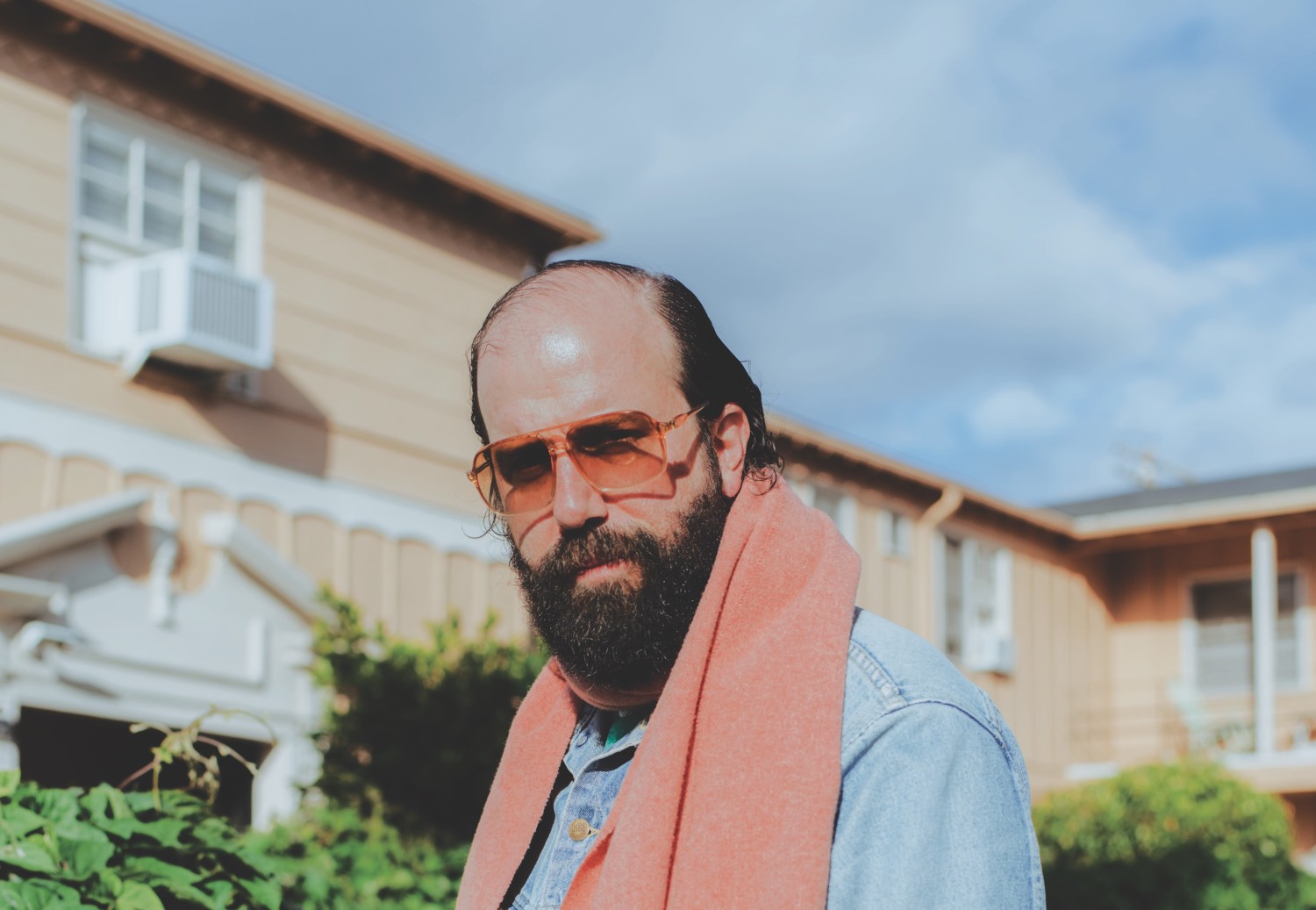 How Not To Deal Weed

This essay originally appeared in Volume One of our print magazine. You can pick up a copy here the latest volume here or at a stockist near you. It also makes a great gift, so why not buy two? Hell, make it three.

It’s never been the easiest thing in the world for me to not smoke weed when it’s in the vicinity. Big neurotic Jew here. Too neurotic. Superstitious even. Scared of the number 13 and walking under a ladder like a Nazi book burning. And I don’t mean the burning of books about Nazis, or by Nazis—I mean the times when Nazis were actually burning books. But you probably got that. I probably didn’t have to say that. But I was led to, because of this obsessive tendency to check, recheck, and recheck the recheck. You can probably guess that I’m sober while I’m writing this.

Actually, maybe you can’t. Why would you be able to guess that? You don’t know what I’m like when I’m stoned! You don’t know what I’m like at all. Unless you’re one of my friends or family members. And if you are: Hi! Sorry if I haven’t reached out in awhile. I’ve been busy. In high school, I was far less busy. In fact, I was so not busy. I was often bored out of my fucking mind. That probably didn’t help my obsessive tendencies much. But the weed did. The weed most certainly helped turn my brain from Larry David (six months ago, I would have said Woody Allen) to Bob Marley (actually more like Wavy Gravy). 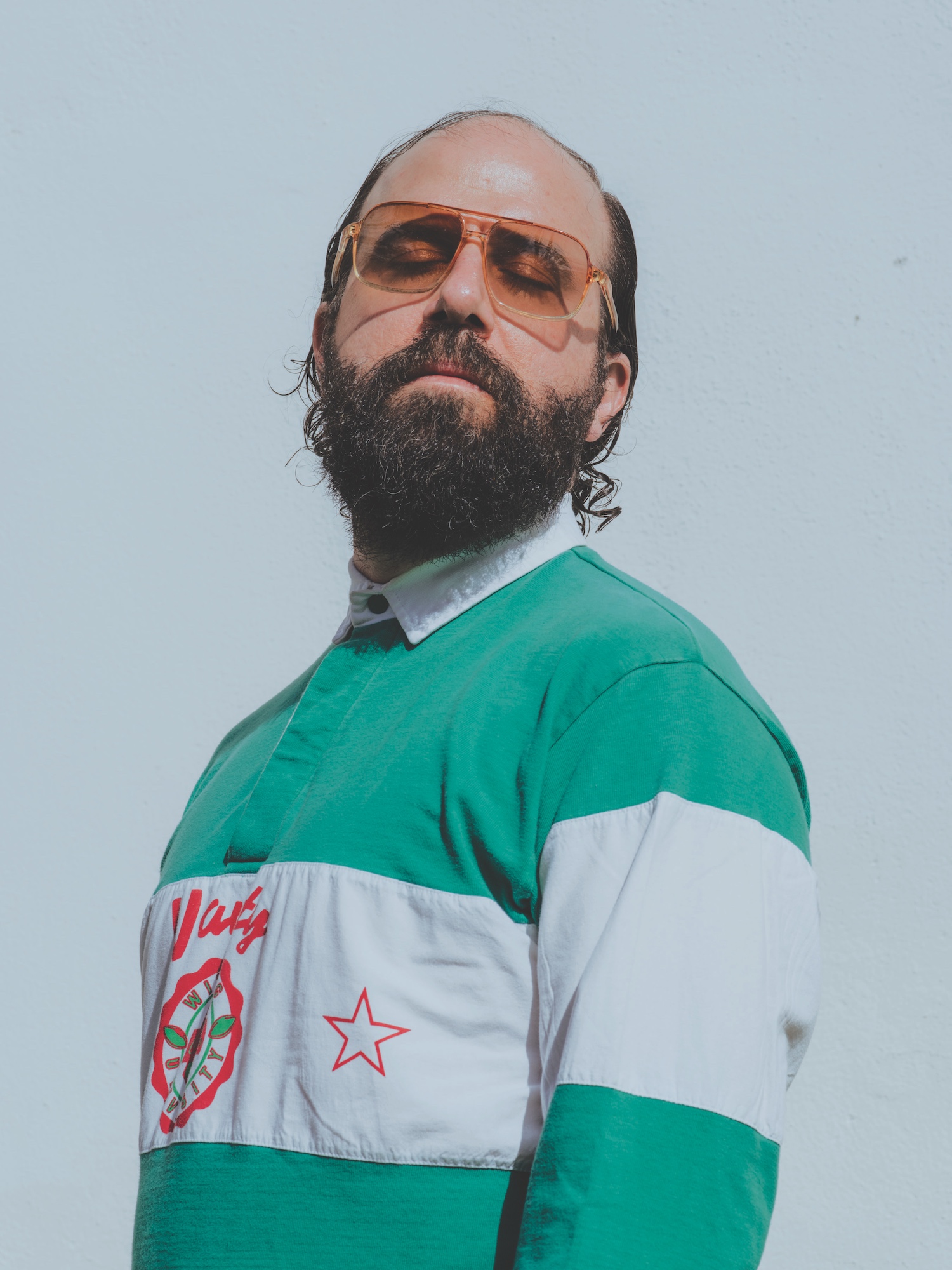 I was so fucking lonely and bored and angry and pretty much every moderately problematic characteristic a privileged suburbanite could have.

Shit, where was I? (I actually know where I am. I shouldn’t be pretending that I don’t have the option of just reading what I wrote so far.) Ah, yes! (More writing clichés, sorry.)

I had recently gone from angsty grunge to full-on Dead Head, because . . . the people I was hanging out with had gone from angsty grunge to full-on Dead Head. I was never a leader. Always a follower. Always someone who’d take anyone in as long as they were willing to hang out with me. In this case, it was a bunch of formerly grungy James Deans, who—helped by a total lack of intelligence—had refashioned themselves Rastafarians. I tell you: there is nothing more pathetic than seeing white dudes with dreadlocks “praise Jah” after taking a hit from their home-blown chillums. But we were all so fucking high—and I was so fucking lonely and bored and angry and pretty much every moderately problematic characteristic a privileged suburbanite could have—that I was willing to overlook the fact that I was being reminded every second that these fucking morons were not the right friends for me.

But, ah, how ganja will form bonds where there should absolutely be none, and I spent the majority of my junior and senior year of high school pretending that it was as okay to sell cocaine in order to buy weed as it was to talk to me for 45 minutes about the new dolphin charm you’d just fastened to your hemp wrap.

However, in my very short travels throughout the vicinity of my hometown, the lot of us did become fast friends with a hippie family that took a particular liking to me. They were nontraditional, but at least they were older and had lived enough life to know something about living life. They had fully earned their hippiedom and played it to the full measure. They had a goat and a pig in their yard! A goat and a pig in the yard of our Chicago suburb! Also, they had a blue school bus that they traveled on when they followed the Dead on tour. I would be a passenger on this bus for the last ever original Dead tour. I saw Jerry Garcia’s last two performances! And I never got laid! (Wait?)

But that’s another story. (Another cliché, and what do I mean by another story? This clearly does not deserve to be considered a story yet. It’s just a bunch of rambling. I’m not saying that it’s bad. I’m not the one to judge, but it’s not a story yet. Not sure if it’s going to be. Really. I’m not lying. I really don’t know. It might be more of an essay. We’ll see. Or I’ll see. You might have already stopped reading this.)

I was always the one out of all the friends, young and old, in this hippie gang that had never dealt drugs. And it definitely kept me a little on the outskirts of my “friends’” version of coolness. That and the fact that I refused to dread my hair. I still thought that there was a possibility that I would have to cut it for a role. (Yes, I was already an actor.) And even though I would never be open to dreading my hair, I was open to the possibility that I would deal drugs. And not drugs so much as weed. That’s the only drug I would have ever been able to handle. I mean, getting caught with a sheet of acid—that was attempted murder, right? Maybe that’s an old wives’ tale. Regardless, ain’t no way this maternally codependent Jew was gonna be slingin’ anything more hardcore than dank nugz.

And this older couple, they got a shipment of some supposedly great stuff, and we all were approached to see if this would be something we’d like to partake in. Sure! Why not! I could sell weed! I bought, I think, a couple ounces of some bright green colas! Wasn’t too much. I wasn’t going to go crazy on my first go-round. But it was enough to make me feel like I was cool. Like I had dreadlocks without the dreadlocks. Like I had already lost my virginity, which I hadn’t. Yes, I was ready to make some fucking money.

Problem is: I don’t give a fuck about money. Never have. You know . . . privilege. What I did give a fuck about, though, was getting high. And what I gave even more of a fuck about was the immense guilt I felt for selling weed under my mother’s nose. She knew that I smoked frequently. I was pretty obvious. Seventeen-year-old hippies aren’t the best at concealing their fucked-upness, especially from mothers who used to be hippies. And I was really high. Mostly because I had more weed in my possession than I’d ever seen in my life. So, yeah. I didn’t really sell shit. I smoked it all, pretty much. And it wasn’t even that good. It looked way stronger than it smoked.

I realize this is wrapping up really quickly. I mean, this isn’t really a story. I mean . . . it is. Is it a good story? I don’t know? What do you think? Was this good? I hope you like it? Shit! There I go! Driving full speed down Desperation Road. That’s how I got myself in this situation. Which really wasn’t a situation. In no way do I think this is an intense story. Really it’s just an account of a mistake. It could have been so much worse. What if I was busted? That would have been more of story, I guess. A story that, unfortunately, too many people have had to wrongfully experience. Way more unfortunate than white dudes with dreads. Even though they are quite unfortunate, and by unfortunate, I mean a total fucking bummer. 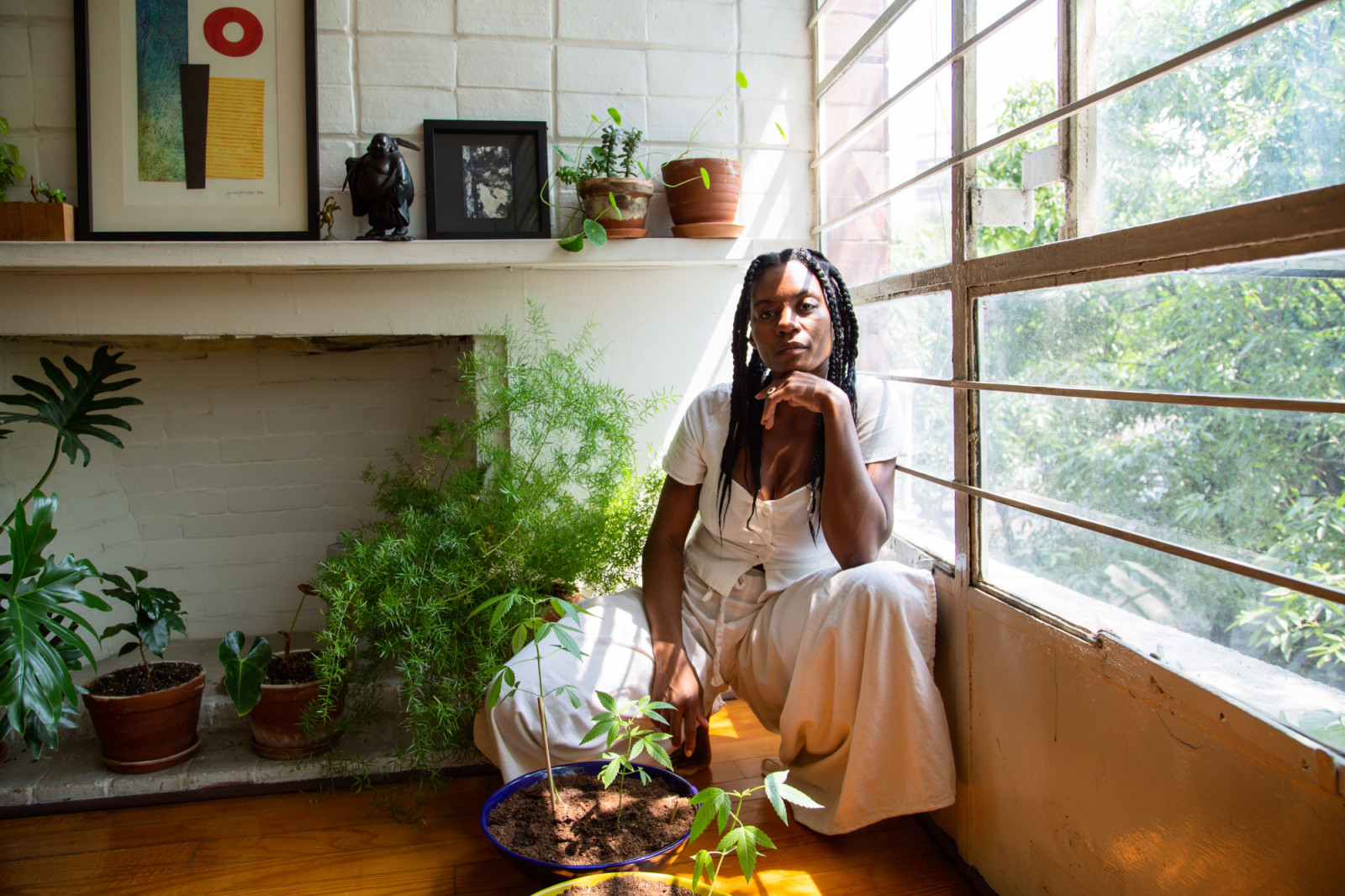