The founder of A Second U Foundation on rising the criminal ranks, finding wellness in prison, and creating a playbook for second chances.

This Conversation appears in Volume Three of our print magazine. You can pick up a copy here or at a stockist near you. It also makes a great gift, so why not buy two? Hell, make it three.

I was born and raised in Brooklyn. The old Brooklyn.

My business was trafficking cocaine up and down the entire East Coast. I’ve always had an entrepreneurial spirit. I was in the streets at the age of 12. Both my parents are deceased, and the streets are like a family for a lot of young people from poor communities who really don’t have anybody. I grew up in a different New York. The NYPD sold guns; they sold kilos. Detectives—they were all doing it. It was just a very weird city at the time. 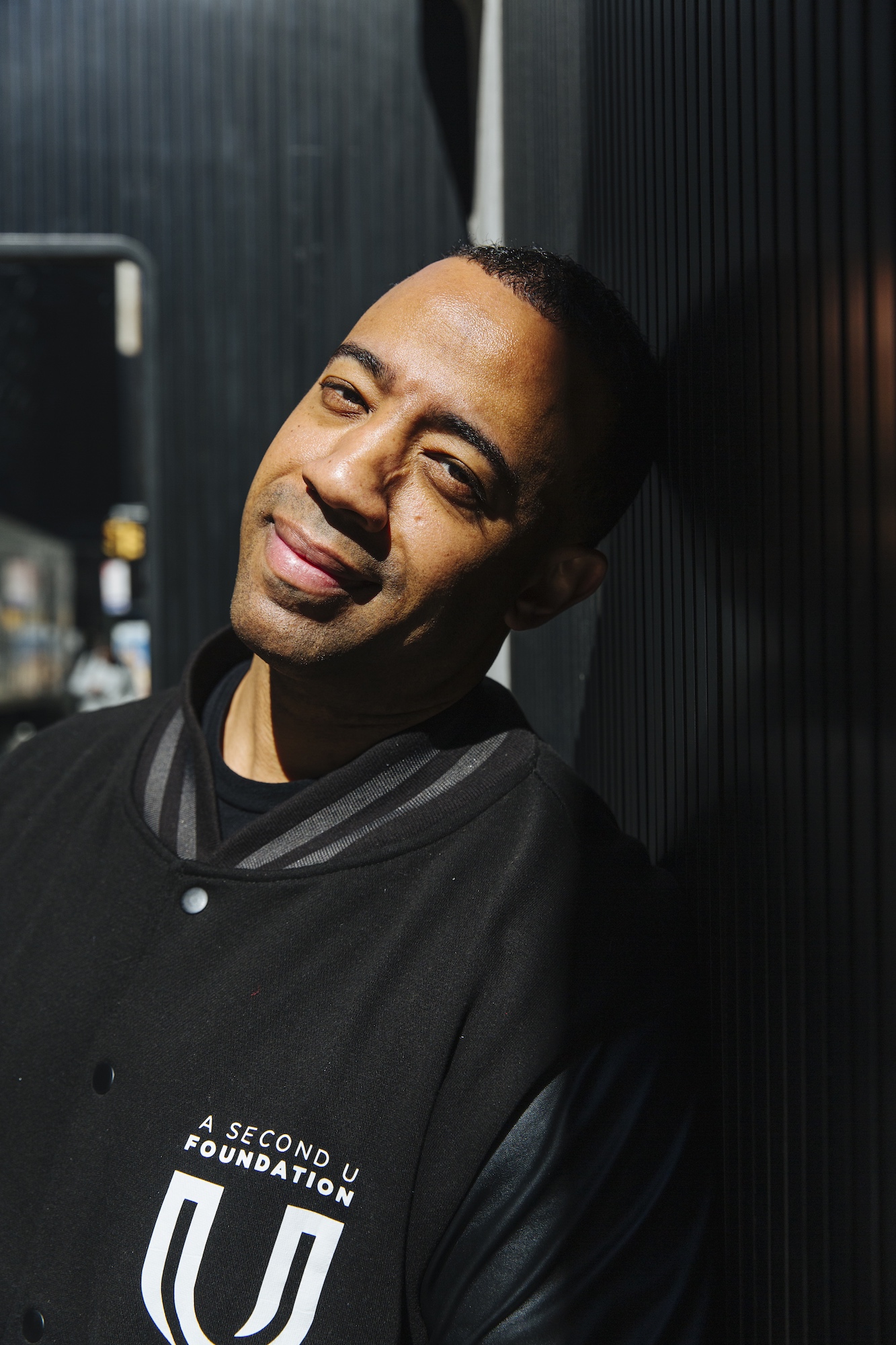 By the age of 14 or 15, I wanted to do my own thing. At the time in New York, there were just millions of dollars running around. Eventually, I met a Colombian connect from Astoria, Queens. I started getting my own kilos. I partnered with friends, and we opened up our own shop. And then that branched off into crossing state lines and setting up distributions—from Cape Cod down to Miami, to Peoria, Illinois. By the time I was 18, I felt like I was 30. And at the age of 23, I went to prison. That’s when I found wellness.

That’s what saved me. Because in prison, it’s like a war zone. If you got a lengthy sentence—if you’re going to do 10, 15, 20 years—then it’s like, “I gotta be in the best physical shape and best mental space to make it home healthy and in one piece.” So fitness was my refuge. Even emotionally, it helps. It builds character; it builds discipline; it builds confidence. And you have to actually stay strong in case you have to defend yourself one day. 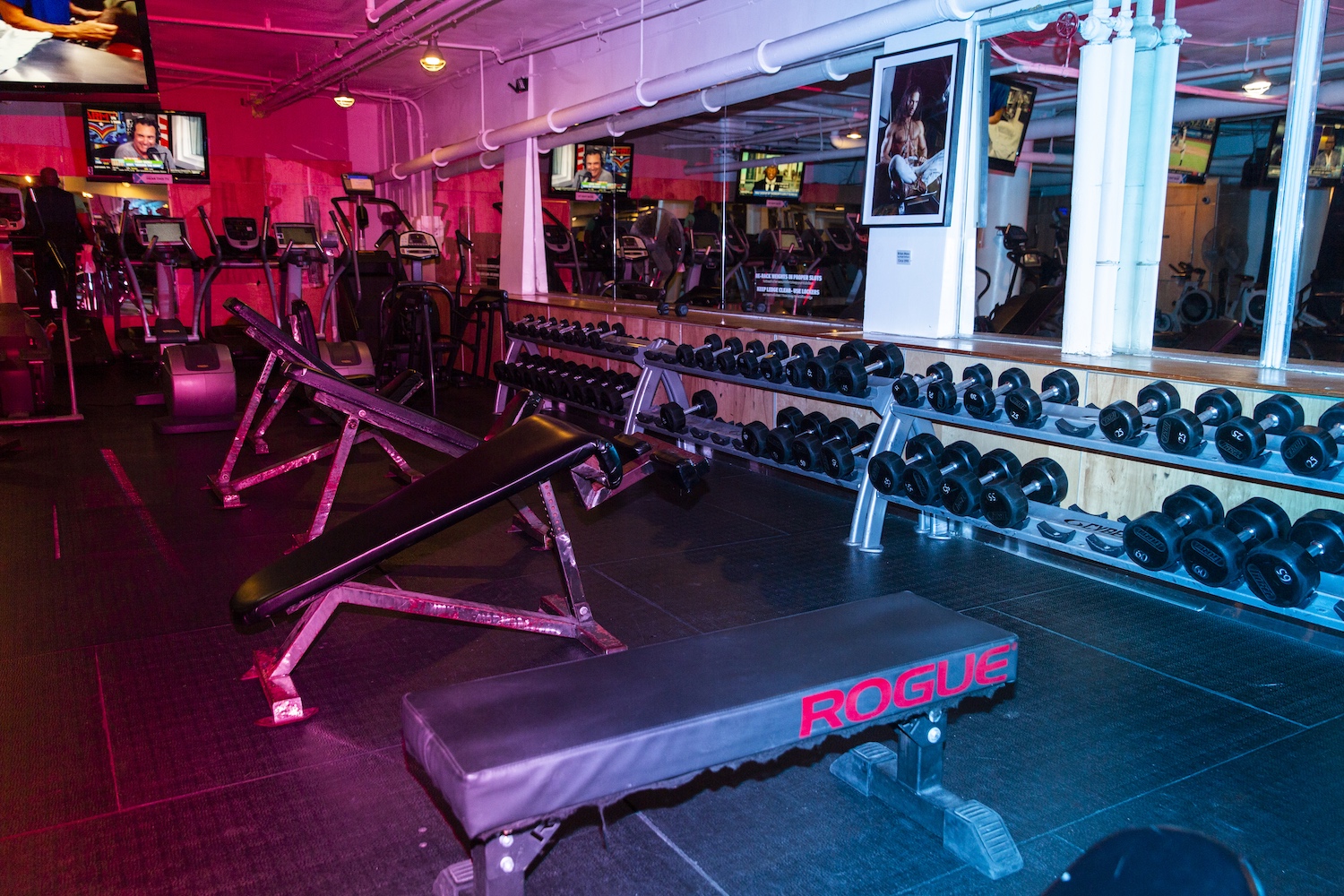 I was always working on myself. To get through a 10-year sentence, you have to plan out your day. You gotta kill the time. Right now, being free, you don’t want to kill time, you want to enjoy as much of life as possible. It’s the opposite when you’re in the can. It’s like, “Yo, I’m gonna work out for three hours a day. I’m gonna write.” You go to church; you sign up for as many programs as you can—you do all these things. So that was my every day: just staying busy working on myself and getting myself prepared for my release.

Now, I wish I had more time. I used to write poems and read 50, 60 books a year. I wrote letters to wives and loved ones for men who couldn’t read. I’d do an evaluation and get to know how the person was really feeling, what they were going through, and what the message was that they were trying to relay to their family members. That was just something I enjoyed doing.

Before prison, I built teams. I managed teams. So while serving time, I put together a fitness team.

Before prison, I built teams. I managed teams. So while serving time, I put together a fitness team, and we charged people for training. There were probably about 5,000 people in the prison I was at, and in the federal system, there are tons of amazing businessmen and entrepreneurs. There’s a lot of money. People can afford the training. When I had about a year left until release, I got certified as a personal trainer. It was through a correspondence program. You have to order your package through a third party and get people to mail you textbooks, so it’s a lot. But someone from the program actually comes and sets up in the prison when you take your final exam for national certification, which is pretty cool.

In my last six months, I had two business plans put together for when I came home. One was a transportation service, and the other was a T-shirt line. I was talking to a friend about it right before getting out, and he laughed. He was like, “A T-shirt? Yo, you’re missing everything. You gotta be a personal trainer, man. You’ve been training people in here for years. You gotta go home and go to Manhattan.” It didn’t even click for me that I could do that, but I was like, “Alright, fuck it: scrap the transportation service and the T-shirts, I’m gonna get into the fitness industry.” 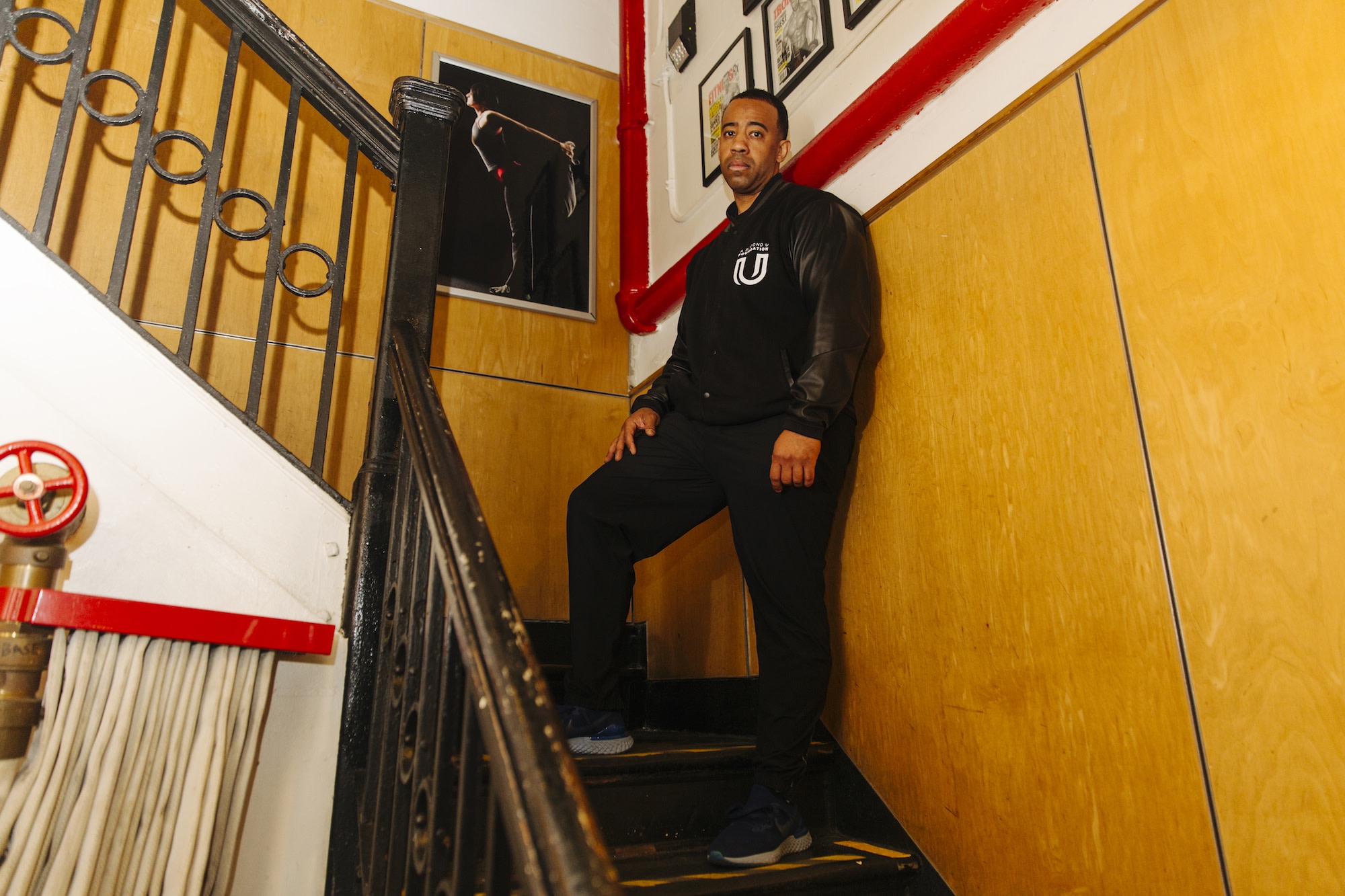 For at least six or seven months, no corporate health club wanted to hire me. I followed up numerous times with each club, each manager, and nothing. That was frustrating. It hurt. You want to do right, and when your community doesn’t want to give you a chance, that’s some weird shit. It’s a weird feeling.

A friend of mine was a trainer at a corporate health club, and I said, “Yo, just tell me the address, man. I’m gonna come up there and work out, and then just point out who the manager is.” So I made sure I had a nice big pump, and I ran down on this manager and begged her, “Gimme a shot—I’m gonna be the hardest worker you ever had. I’m gonna take over this whole gym. I just need one shot.” She laughed and said, “I’m holding you to everything you say you’re gonna do.” And as soon as I got hired, I went nuts.

I was there Monday through Friday, from 6 AM to 11 PM, and then every Saturday and Sunday from 7 in the morning to 3 or 4 in the afternoon. I spent my first four years there without one day off. To this day, I’m in bed at 9 PM every night, and I’m up at 4 AM. Sleeping in is 7 AM, even on vacation.

I’m used to having a good time or helping people have a good time—that makes me feel good. So while I was at this corporate health club, we started throwing networking events for clients. Once a quarter, we’d throw a big fucking get-together. We’d rent out a cool event space or a hotel in Midtown and bring 200 people out. We’d just be celebrating being together, right? The more we threw these events, the more it helped us grow our network. 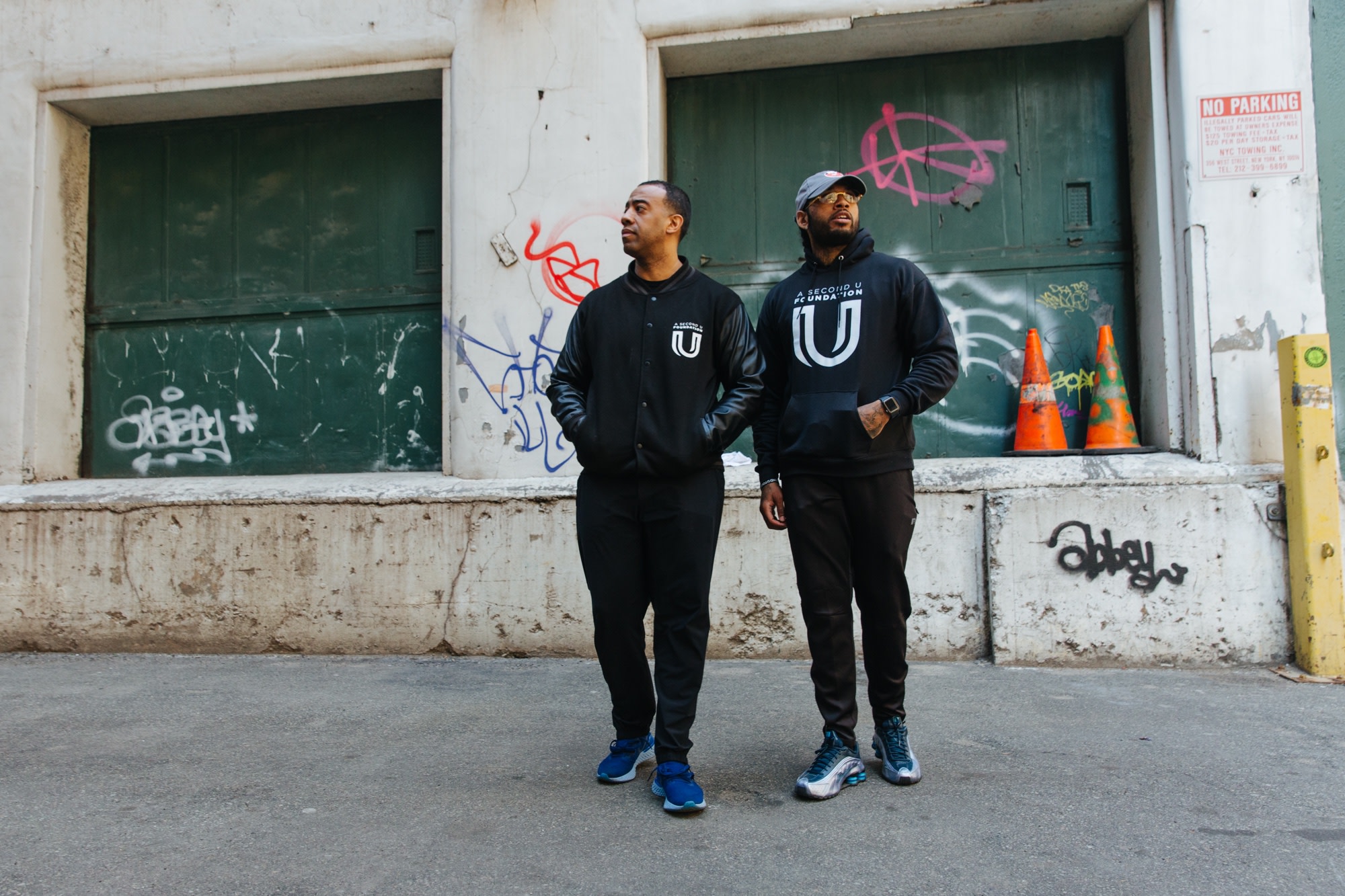 I mapped out an entire program that helped me build my personal training business, kind of like a cheat sheet for men and women coming home.

I was talking with a friend one day, and he said, “You know, these social events are dope, man. They’re a lot of fun. But I think you might be better off with trying to figure out how to help people that nobody really wants to help.” I immediately thought about how I felt when I came home. I was like, “I got it. I’m gonna help people just like myself, people who really couldn’t get a shot.” So that was the actual start of A Second U Foundation.

I mapped out an entire program that helped me build my personal training business, kind of like a cheat sheet for men and women coming home. How to build clientele really fast in a corporate setting, how to prospect, how to close a sale, how to do fitness evaluations, how to increase retention, how to code switch—all these things that anybody in sales would need. Also an actual curriculum they can study to pass their national certification exams.

Once I put all that together, I started running up to federal halfway houses and holding employment workshops. They were excited because they were all just like me. That was my main recruiting pool at the time.

In the last three years, we’ve gotten 141 trainers employed, and zero have re-offended.

We have a super tight vetting process, so not everybody gets in. But those who have the will to want to help themselves, are in shape, have personality, are driven—those are the people we seek. Because we want to produce the best personal trainers—the best formerly incarcerated personal trainers—New York has ever seen. We provide them job placement at corporate health clubs, where they can actually build their careers. At corporate health clubs, full-time personal trainers qualify for a 401K, healthcare, dental, eye and ear, discounts on stock options for the company—they get a lot. And we want to give them the best career options. In the last three years, we’ve gotten 141 trainers employed, and zero have re-offended.

Down the line, the idea is to expand to every major city throughout the country, as well as prisons. However, this model only wins in major cities where there’s a high recidivism rate but also a strong demand for fitness. If they’re only getting paid $25 an hour for a training session in a town, these guys won’t be able to survive, because, after taxes, that’s nothing. But in major cities, we have a certain price point that we all pay for services. $70, $80, $100 an hour—now they can feed families. 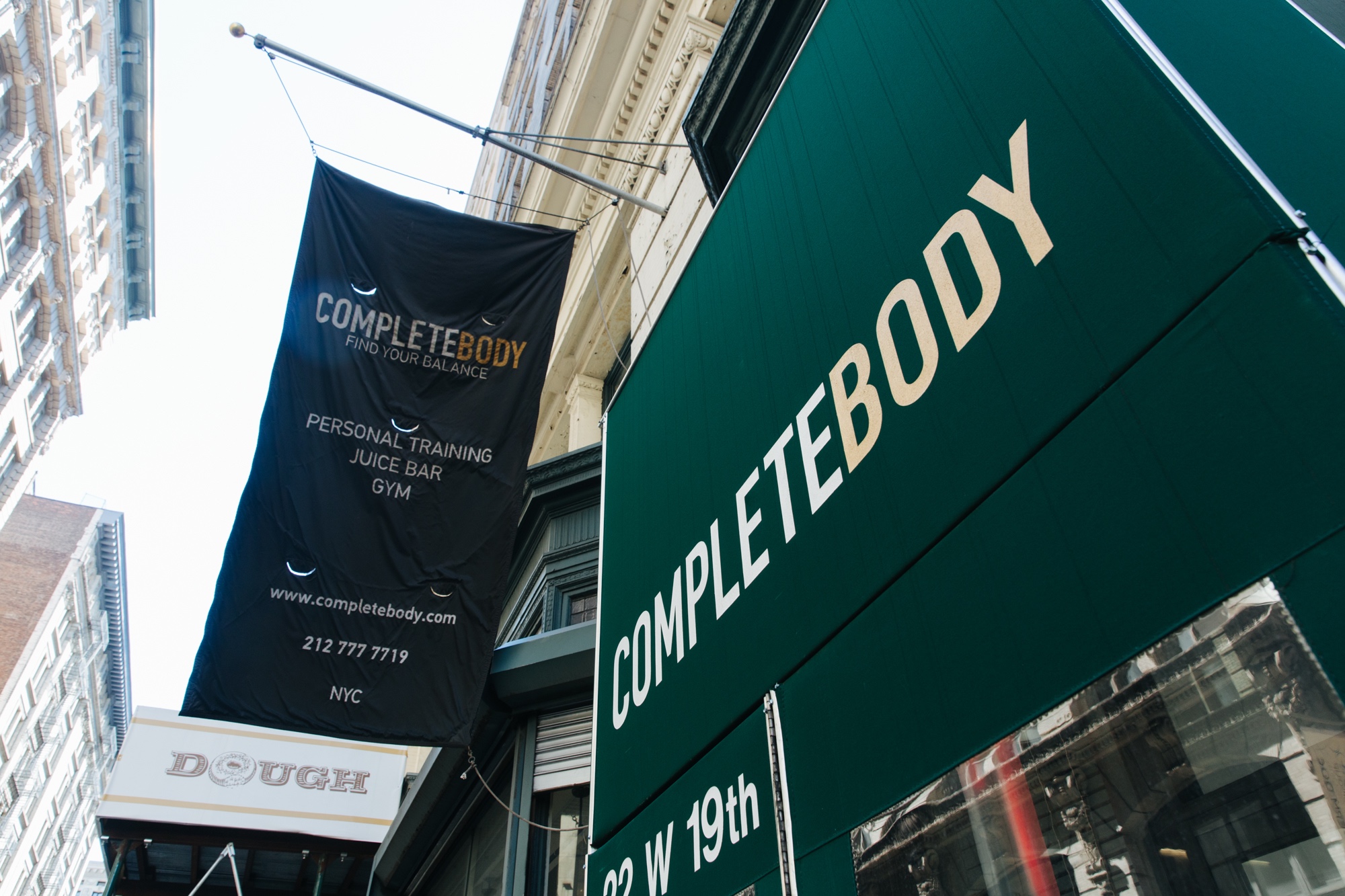 I’m pretty sure I’m going to end up living upstate. I need quiet; I need peace. There’s no peace in the city, and I’m getting older. 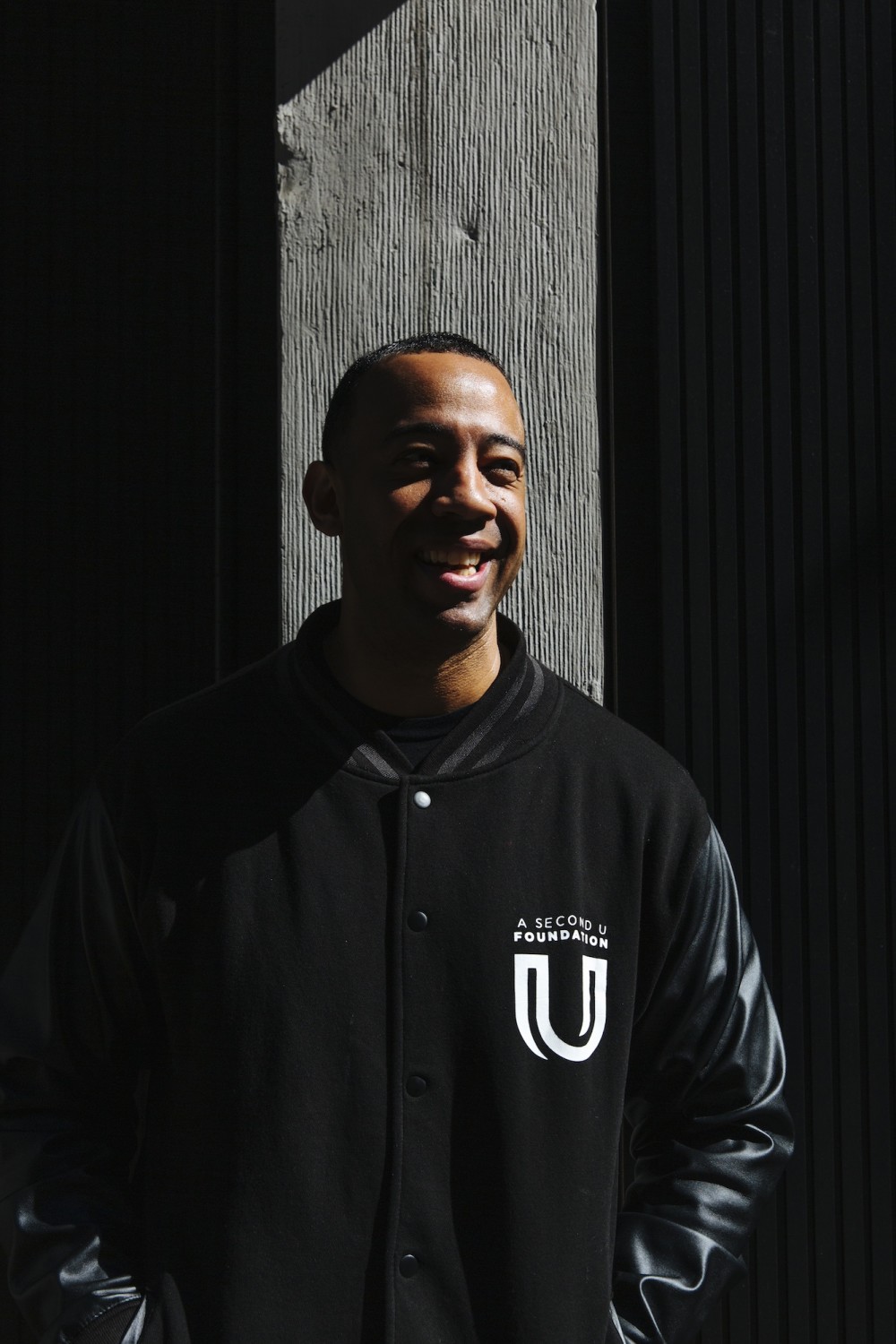 One of my dreams is to buy X amount of acres and start a real wellness re-entry center for men and women. We want to add therapy to the program. I want to keep things pretty simple, but we’d love to incorporate meditation and breathing techniques and to be able to extend it to people coming home from tough sentences.

I’m pretty sure I’m going to end up living upstate. I need quiet; I need peace. There’s no peace in the city, and I’m getting older. It’s like my patience is getting shorter and shorter, and I’m like, “I need to be around green. I need to be around nature.”

I grew up with some real community vibes. I remember in my building, it was Black, Latino, Polish, Asian, Jewish. All in one building. It wasn’t like, “Yo, you gotta be in a certain neighborhood.” It was fuckin’ dope shit, where people would knock on your door and be like, “This is our holiday food, try some.” Everybody did it.

That helped me not take things personally when it came to the system—how poor communities are manipulated and destroyed. People are people, and we just gotta figure out how to make this a better place. That’s how it’s always been. Even when I was in the streets, doing what I was doing, we were doing it to try to find a way to make it out. It’s not because I wanted to be doing that shit all my life. I wanted to try to figure it out, so I could get the fuck out. Second chances matter. 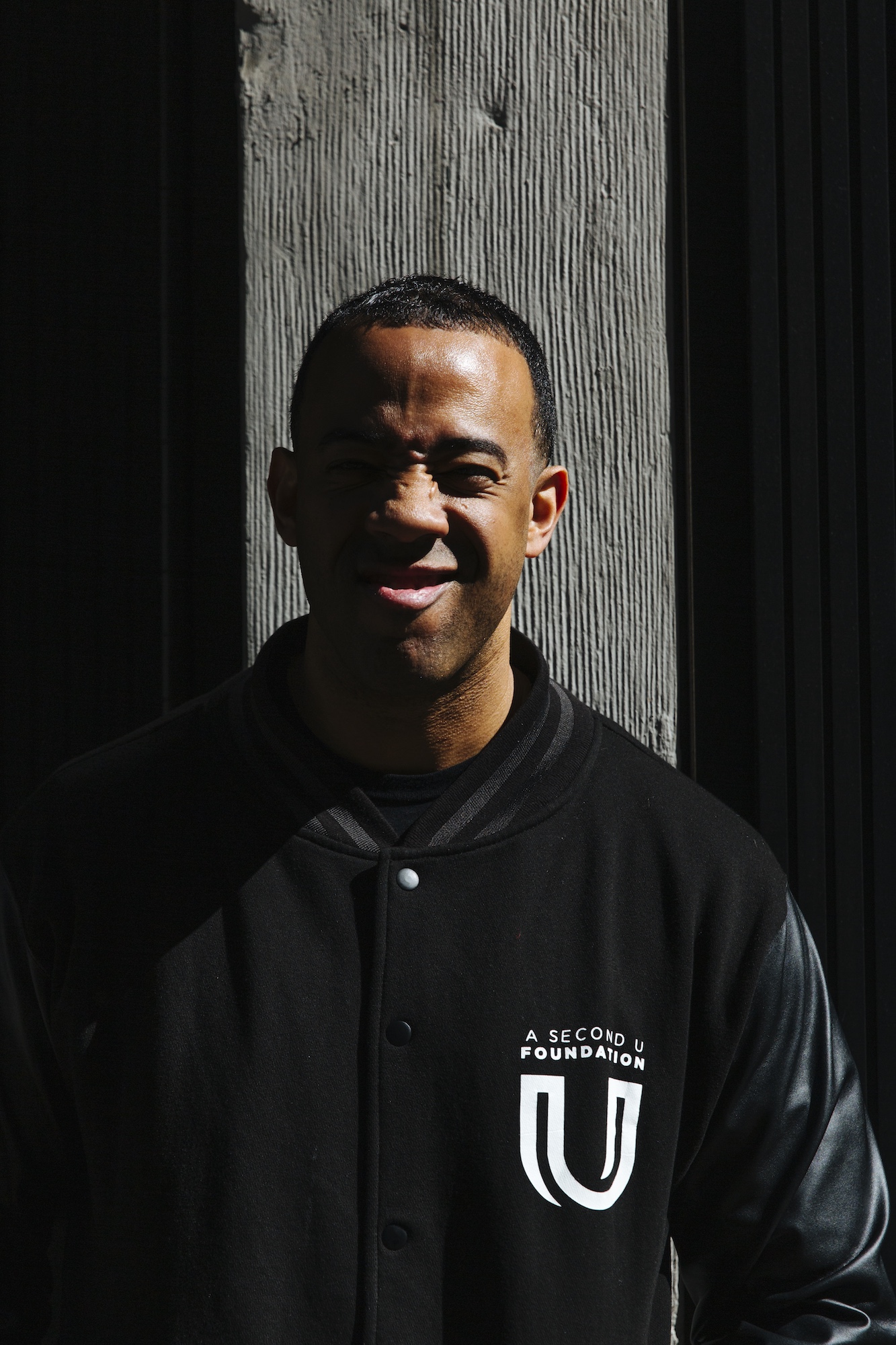 This interview has been edited and condensed for clarity. Hector Guadalupe photographed by Mengwen Cao in New York. If you like this Conversation, please feel free to share it with friends or enemies. 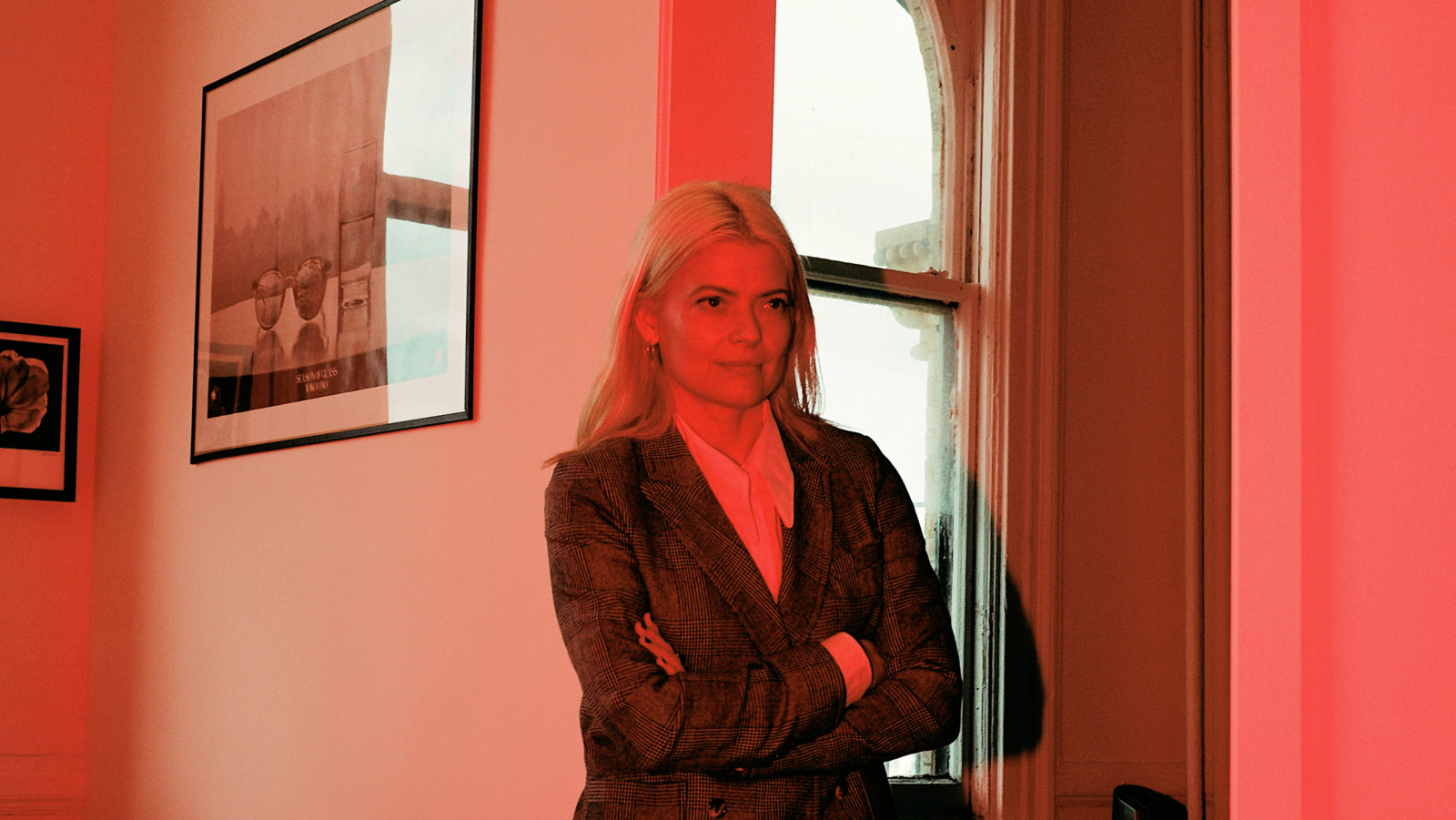