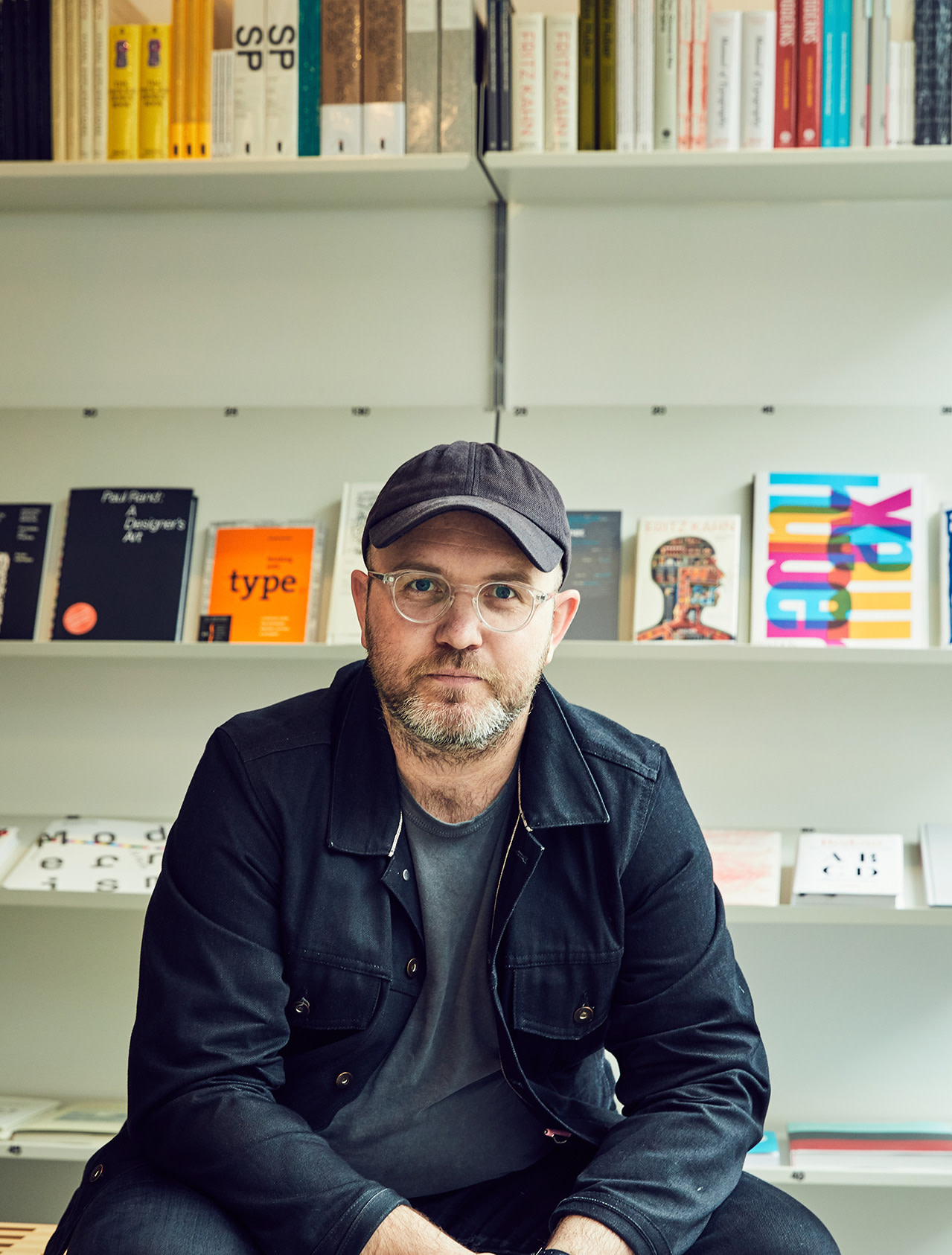 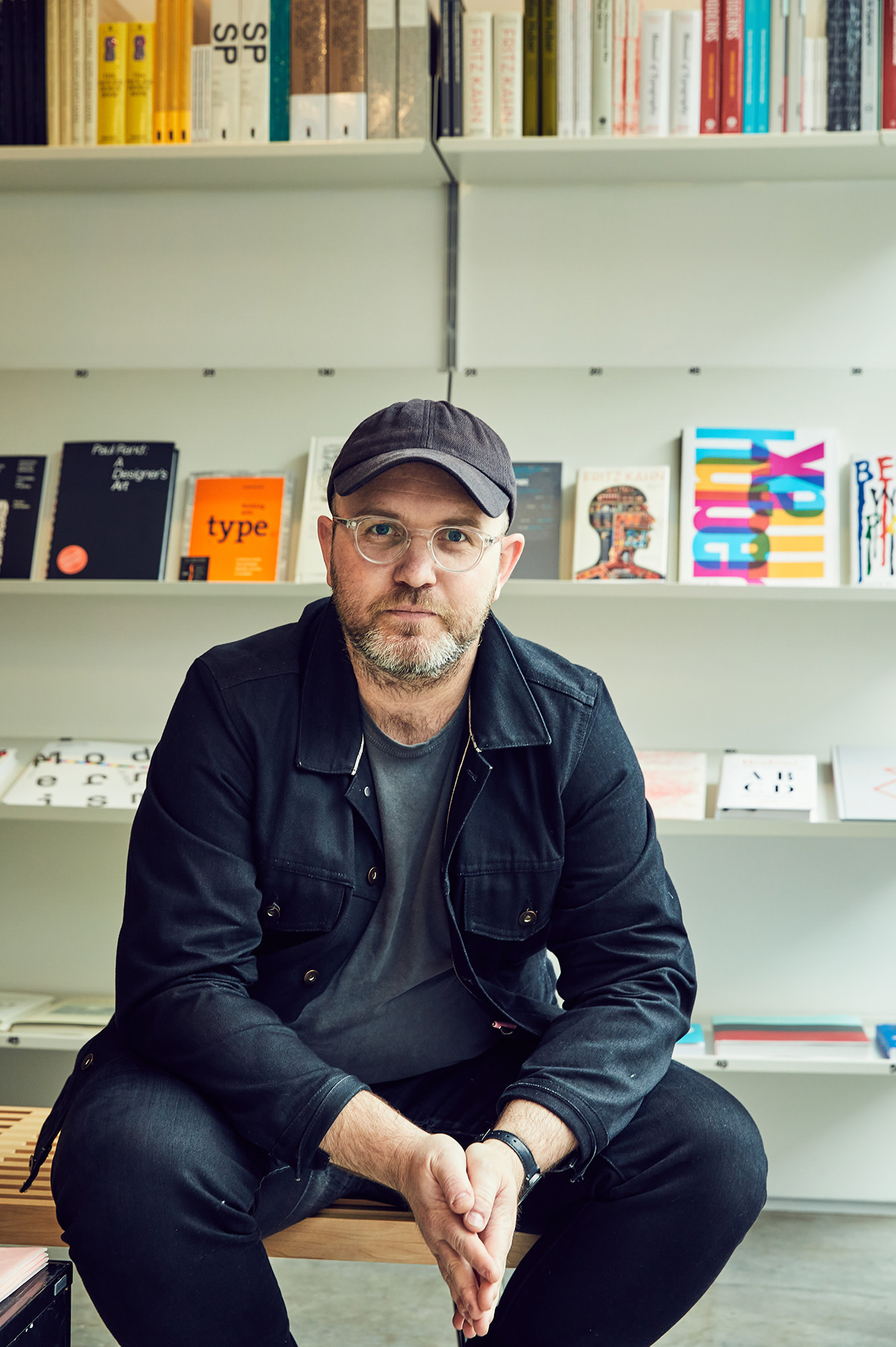 The designer and publisher on rediscovering urban history, the beauty of emoji, and being down and out in New York.

I grew up in rural South Australia, in a town called Murray Bridge, near Adelaide. A small town—12,000 people when I was growing up—but it seemed big to me. A classic country town. Played footy; cricket in the summer.

I wanted to be an astronaut and a fighter pilot. There was an astronaut from Adelaide, Andy Thomas, who had moved to Houston, become an American citizen, and was one of the space shuttle crew. I saw that as a kid and thought, “I wanna do that.” But I realized that I was terrible at physics and math. I just hated it.

Luckily, at the same time, I realized I loved photography. My dad was a big amateur photographer and we had a dark room growing up and all that. That side of me was sort of hidden.

I also had an amazing graphic design class, with an amazing teacher. At the end of high school he told me, “You should go and study in Melbourne, at RMIT, it’s the best school.” So I did that—I just applied to one place and got in. 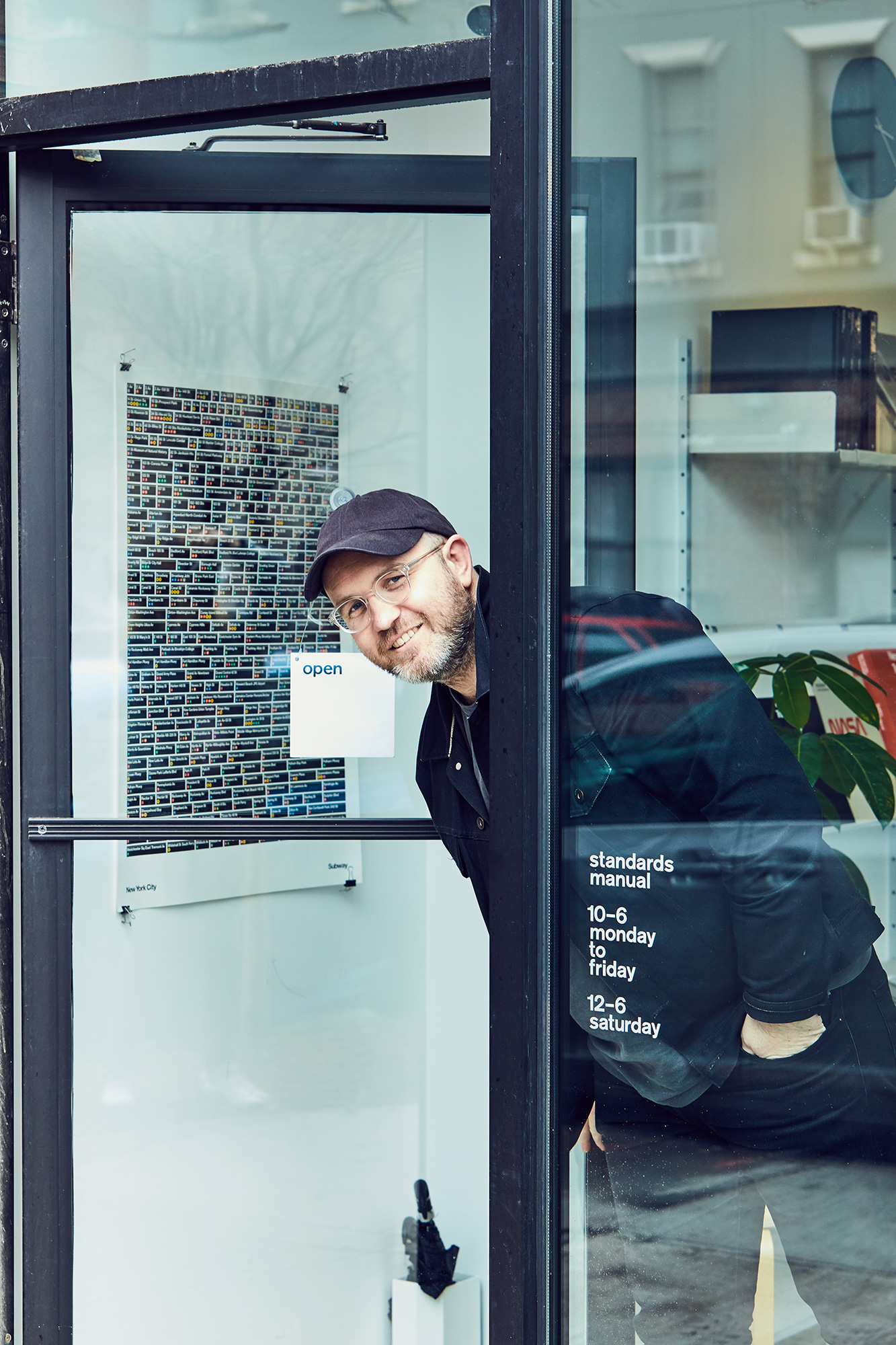 I had to kill a raccoon with a .22 once. It was attacking our chickens, basically ripping their heads off.

Towards the end of my time at RMIT, I won an award that was part of a design conference in Melbourne. The prize was you get to pick an internship at one of five places. One of them was New York, at an agency called Pentagram. I’d always dreamed of living in New York so it was an easy choice. I showed up in May after doing another internship in Italy. I had never left Australia before that trip. I just never had the funds to leave, really. It’s so far and expensive.

Pentagram gave me $2,000 and said, “You can use this for a hotel or your accommodation.” I foolishly got a hotel in Midtown—I didn’t know what I was doing. I could’ve just rented a room and stayed for like three months. I went to Pentagram for two weeks and worked my ass off there.

That was in May, and I didn’t have to go back until August, but I had no money and my credit card was maxed out. I was staying at what turned out to be an illegal boarding house in this kind of mansion for 20 bucks a night. I was down to my last 20 dollars and thought, okay, I have a ticket home, but I don’t want to leave. So I went online to this website called Worldwide Opportunities on Organic Farms, or WWOOF. 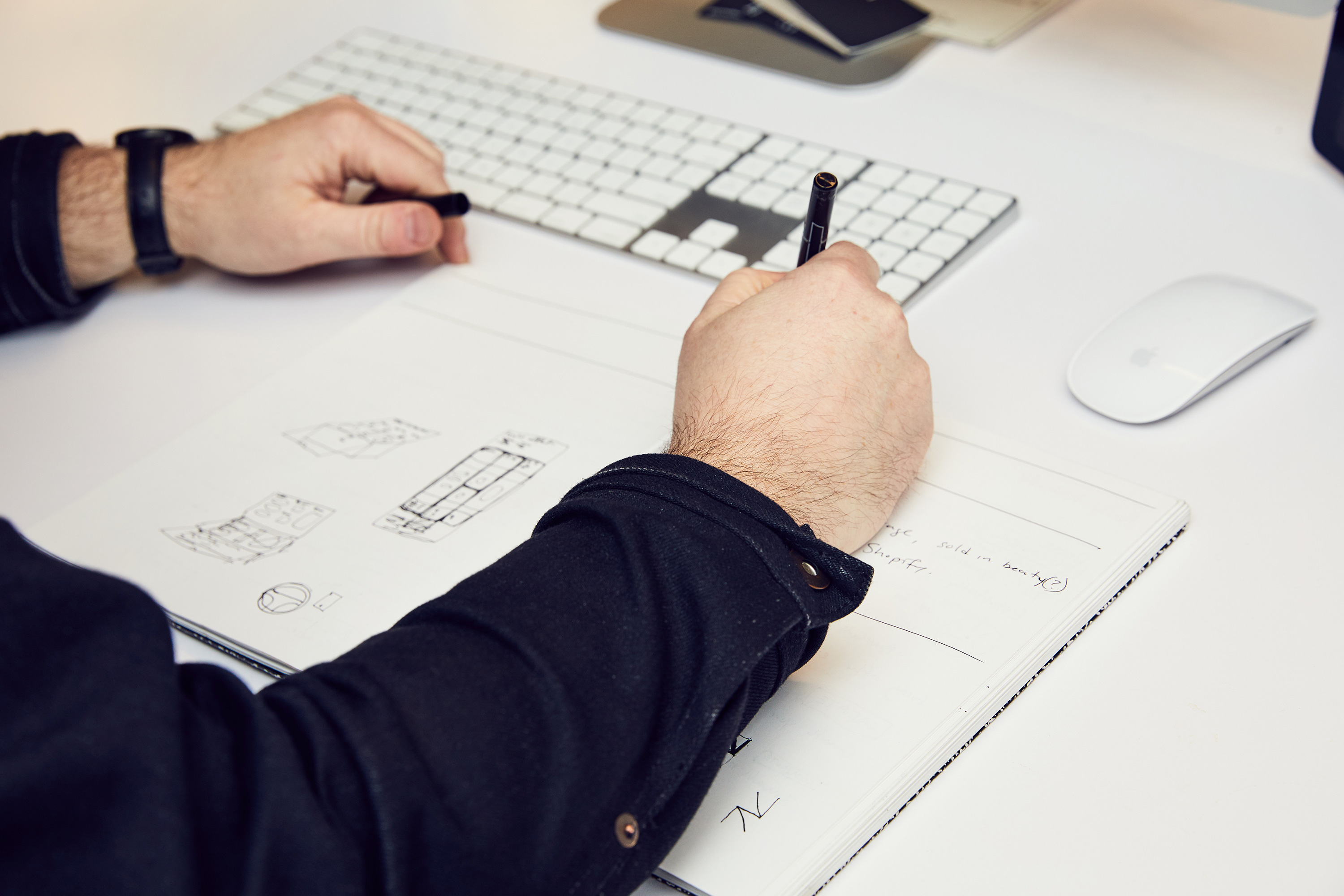 I found a farm in Northwest Connecticut. It was run by an ex-movie producer who’d retired from Hollywood. He was like, “Yeah, come up for a couple days, check it out.” But I just packed everything I had and caught a train up there. Turns out he was a cool dude. So I lived and worked on his farm for three months.

I had a studio apartment above the garage. It had all this overflow of furniture and records and all this other cool stuff. I’d never worked on a farm, but I learned how to graze animals, how to grow tons of veggies. I even had to kill a raccoon with a .22 once. It was attacking our chickens, basically ripping their heads off.

I’d seen guns before, but I’d never actually held one. In Australia, guns are hard to get if you’re not hunting and you don’t have a strict license. I’d only been in the U.S. for three weeks so it was very much like an intro to America, even though it was in kind of a posh part of Connecticut. I didn’t know that.

One day we found a manual in the basement. For designers, it was like finding the Rosetta Stone.

My first real apartment in New York was with this guy in the East Village. He smoked, like, a lot of weed. A total stoner.

I remember the first time I smoked weed was in my friend’s attic in high school. Group of guys, TV on, smoke in the room. I just remember being couch-stoned with a bong in my hand. I was so high that when I tried to take a sip of water, I realized mid-gulp that I had taken a big swig of bong juice. I got it all over myself and was so, so embarrassed. But when I looked around, I realized nobody had noticed. Everyone was that stoned.

When I first moved, I wasn’t that into it. But in the last five years or so, I started smoking a little more, and now I enjoy it just as a way to relax, pretty much.

I’ve tried edibles, but actually still haven’t had a good experience. I don’t know if I just haven’t found the right balance or strain, but I often end up feeling couch-ridden. I’d love to find the right sort of thing. 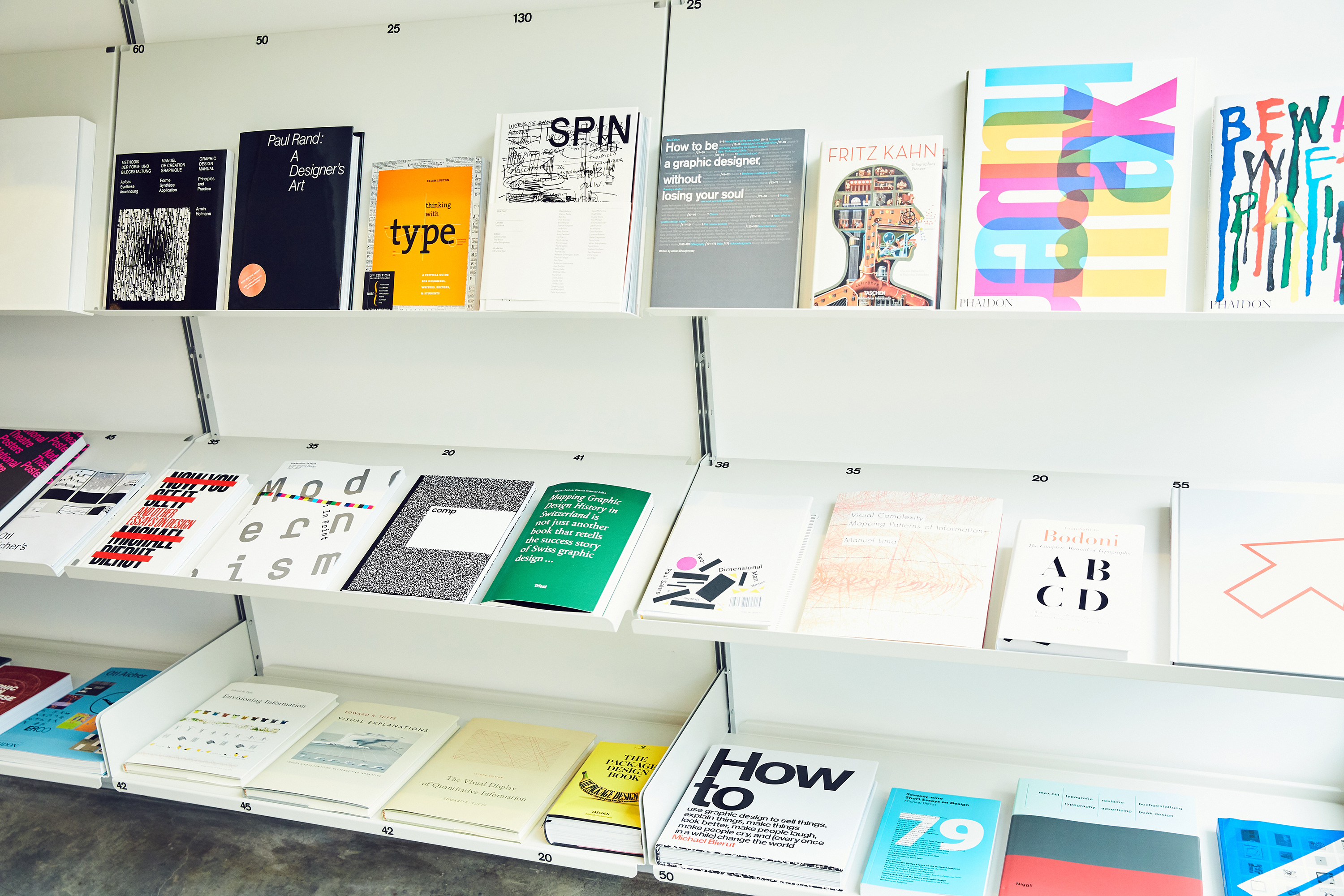 I remember feeling sick because I was like shit, all this pressure is on us now. 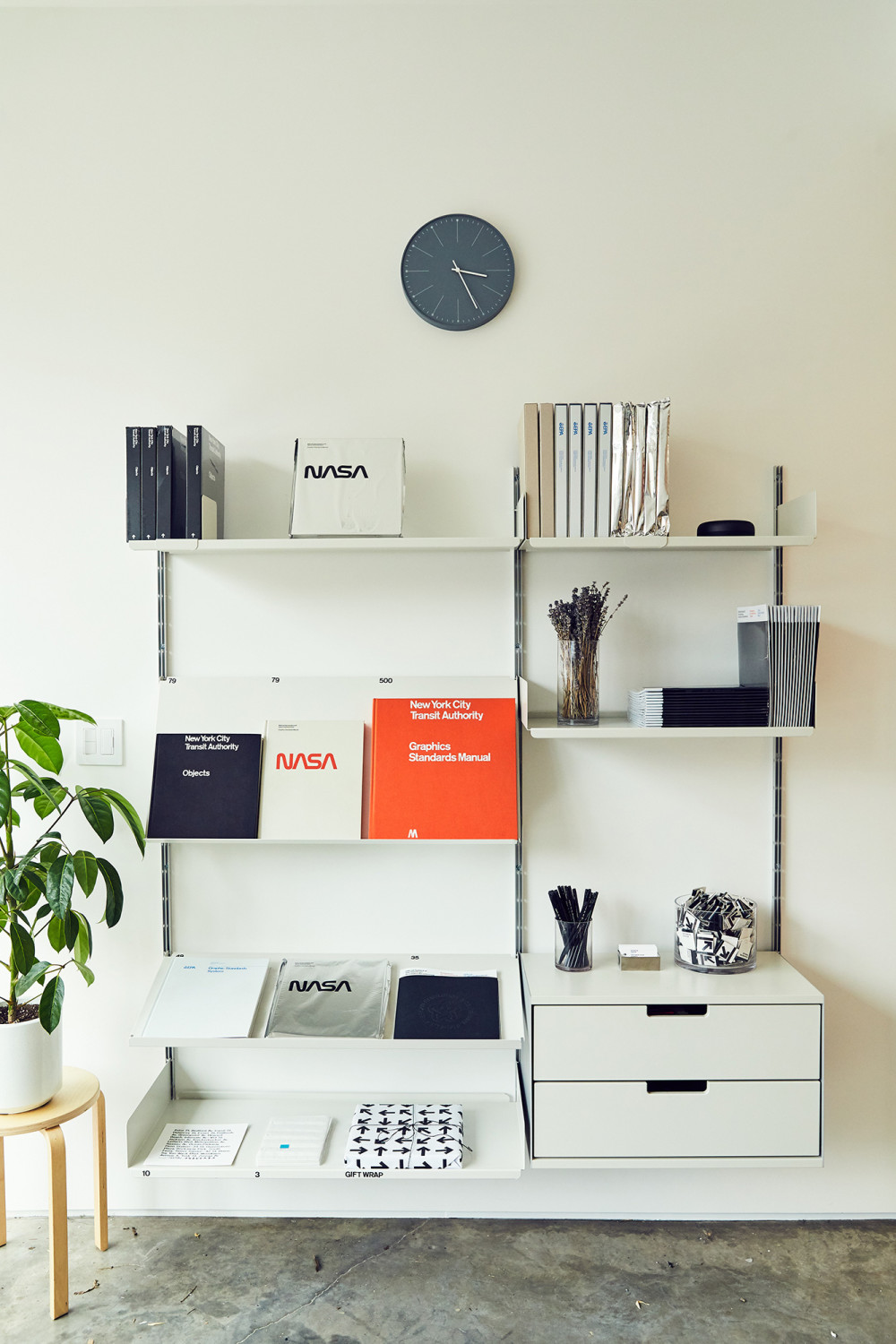 I ended up getting a full-time job offer at Pentagram. That’s where I met my partner at Order and Standards Manual, Jesse. It was a dream job.

We worked on a project for the city: WalkNYC for the Department of Transportation—the big glass signs around town with maps on them. Essentially, we were trying to create an aboveground counterpart to the black and white subway signage that was designed by Massimo Vignelli’s firm, Unimark, in the ’70s. It’s like an icon of New York. So we were intentionally designing a system that related the WalkNYC signs to how that signage looks.

One day we found a manual in the basement. It was the original version of the graphics standards manual for that subway signage. The full name is the New York City Transit Authority Graphic Standards Manual. We were so excited. For designers, finding that thing was like finding the Rosetta Stone.

So we’re just going through it, drooling over the pages for hours, and we thought, “This would be sweet to share, let’s just make a website.” We photographed the whole thing that day, like 100, 200 pages. We sent the site to friends and it ended up going sort of viral in the design community. We were surprised so many people were as into it as we were. We thought it would make a great book, but our jobs got in the way and we kind of forgot about it. 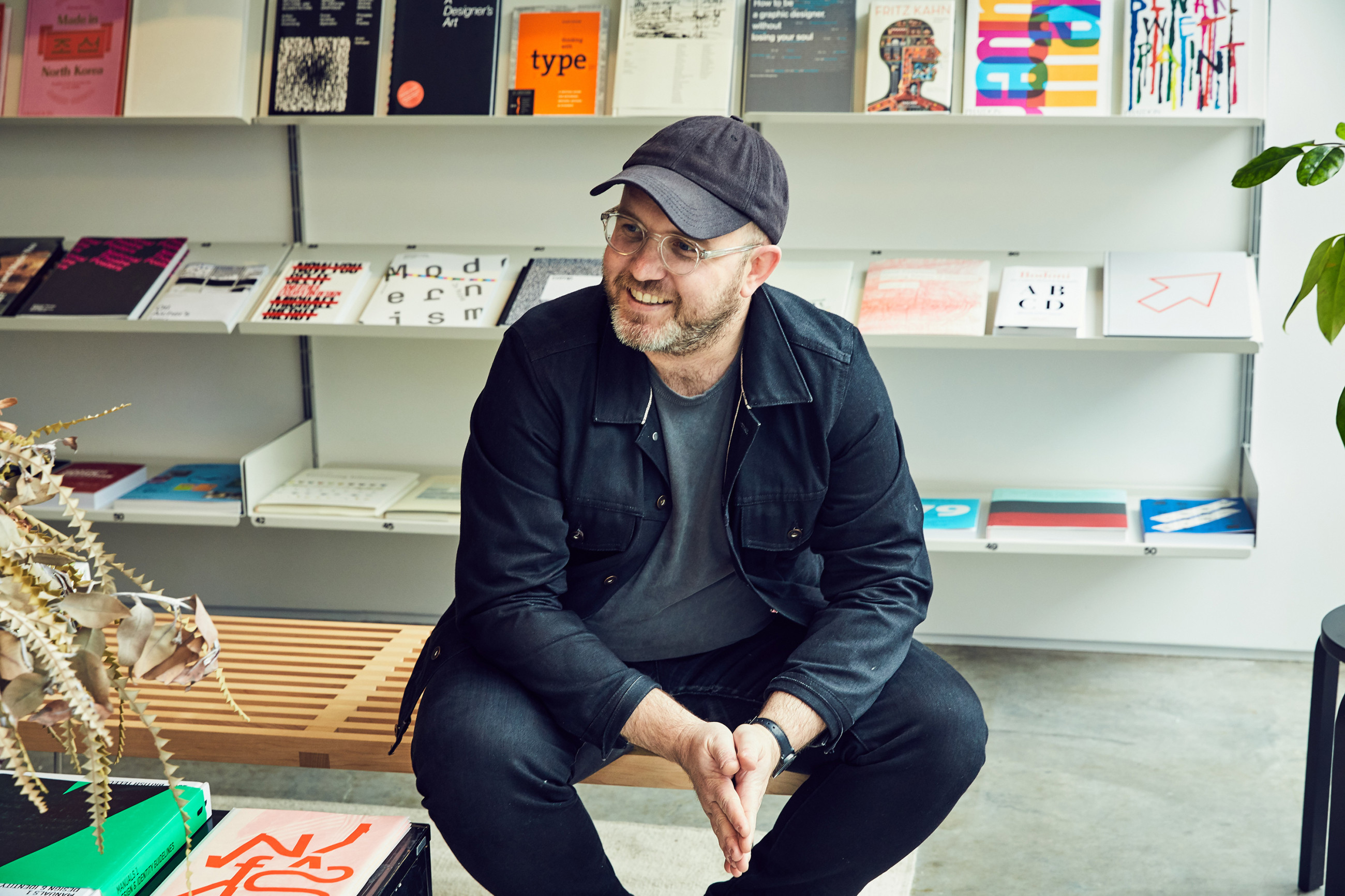 A couple of years later, my girlfriend Alex started helping people launch Kickstarter campaigns. I told her about the website and said how we wanted to make a book one day. And she was like, “Oh my god, that’s a perfect Kickstarter.”

So we called up the MTA, since it’s their intellectual property, and said we wanted to make a reprint of the book. They were like, “What? You want to sell it? Why?” We said, “You don’t understand—it’s really, really cool.” And they were like, “Okay, if you think you can … sure?”

We launched the campaign in October 2014. I remember leaving for work and thinking, shit, I don’t know how this is gonna go. It was like 8 AM and we’d sold maybe 10 books, and Alex’s mom had bought four of them. It’s scary: you’re really putting yourself out there. 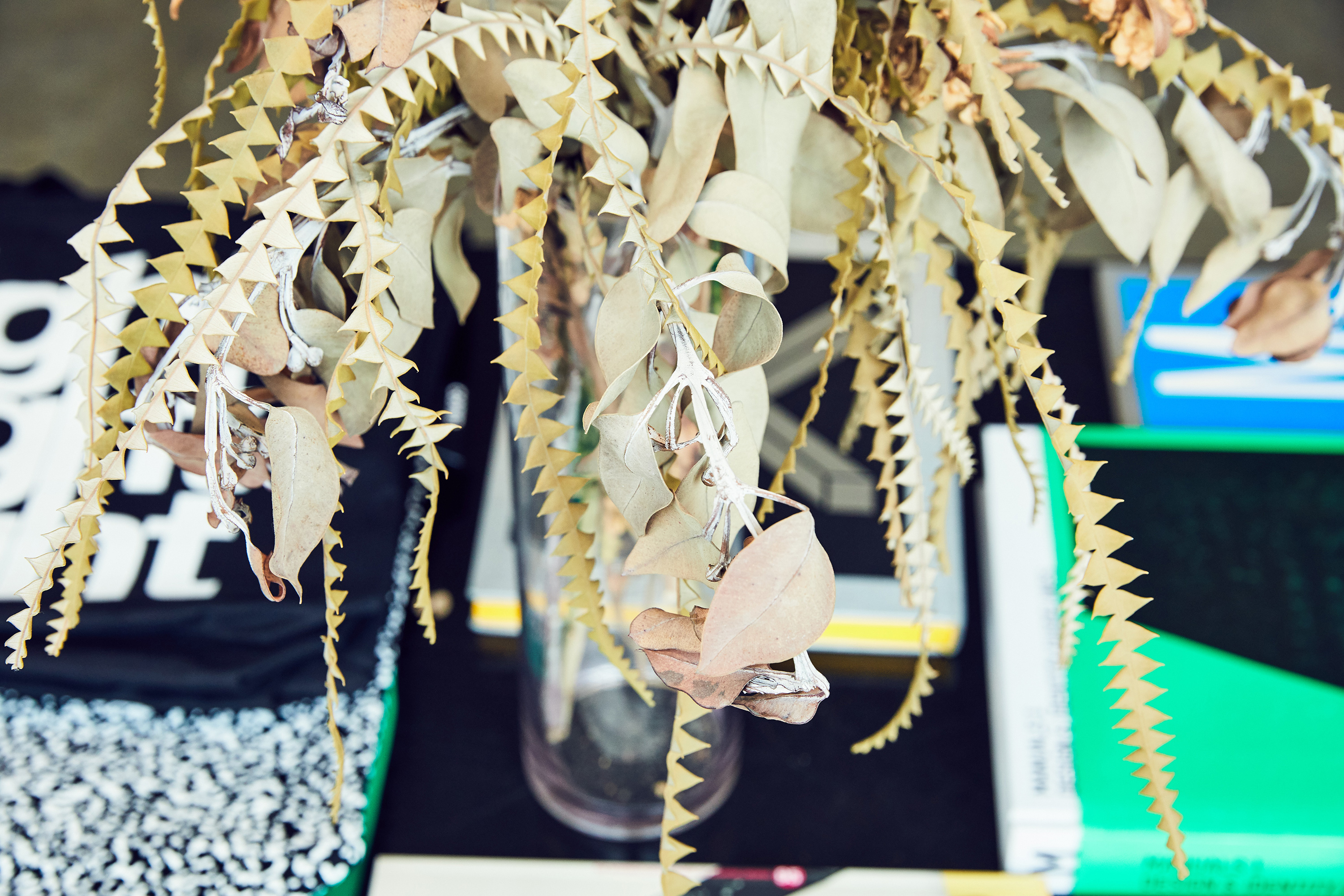 We didn’t mean to start a company with that first book. It was just a single project. But everyone kept asking if we were going do another one. So then we did the NASA one.

We could’ve left Pentagram and just done books, but I stayed another year because I loved that job. I wanted to finish the rebrand I was working on. I wanted to see that through, and the day that launched was my last day. 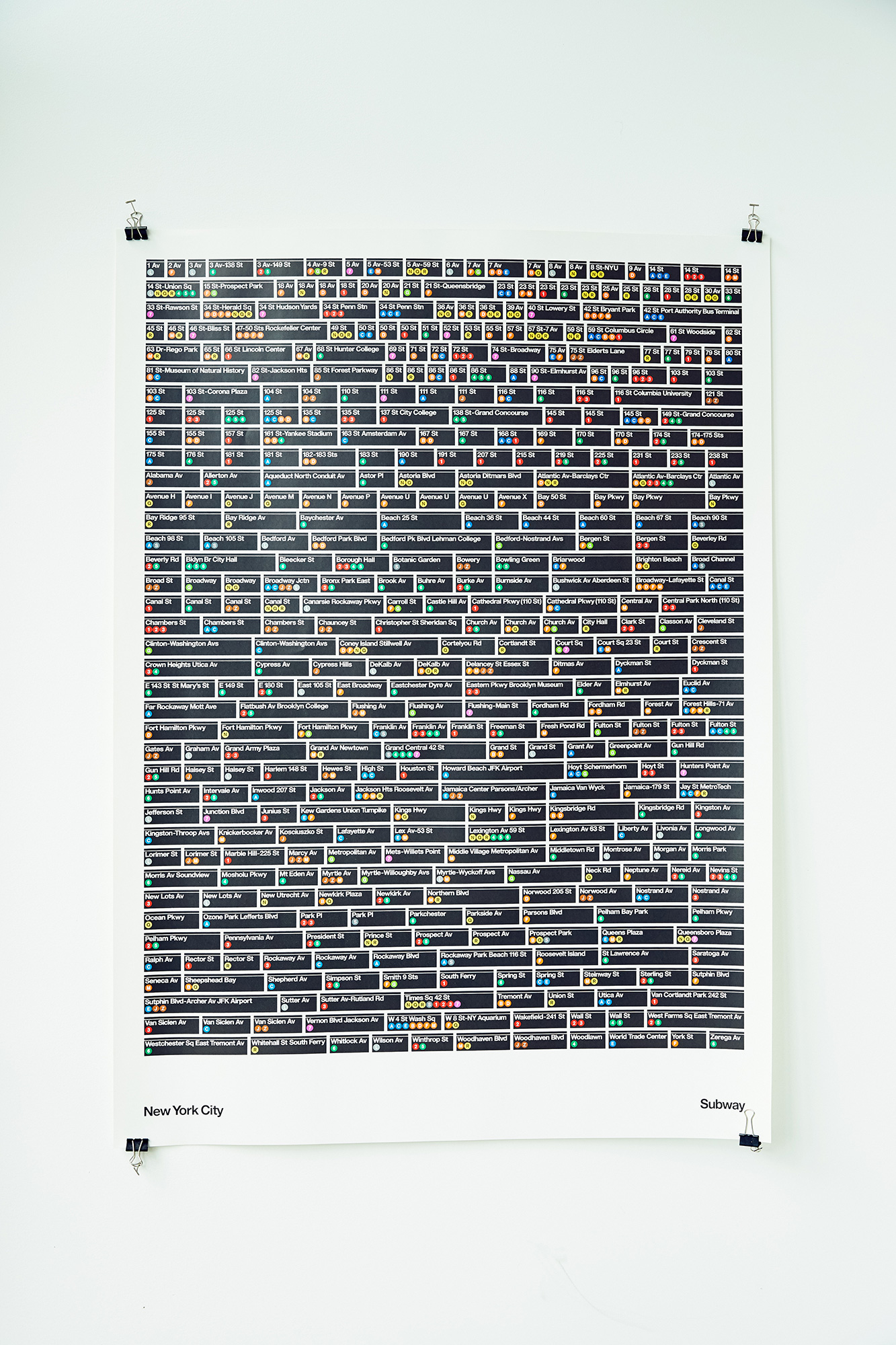 Our latest book is called Emoji: Designed by Shigetaka Kurita, NTT DOCOMO, Japan, 1999. We went out to Japan to interview the man who designed the original emoji, Shigetaka Kurita. He had made them while working for a company called DOCOMO—they’re like the AT&T of Japan.

He worked for them in the ’90s when they were developing this beeper system that had a heart on it. One day they took the heart out to save data or something, and everyone freaked out. So they were like, “Alright, maybe people want this. Let’s bring back the heart and let’s design a bunch of other characters.” So they asked Kurita to do it because even though he’s not really a designer, he was into games. He had a 12-by-12 pixel grid to work with, which is actually a little tricky. If you’re designing something like that, you want an odd number so that you can put a pixel down the middle. 12 pixels means it’s always going to be slightly off center.

The emoji that they developed back in 1999 have been carried forward—the code for that heart is the same code for the heart they use today. So it’s pretty cool, because there’s a lineage. I remember when I was growing up, everyone always said, “Oh, in Japan, they’re 10 years ahead.” And it’s true: they had emoji in 1999 and the U.S. didn’t get it until 2010 or 2011. By that time, Japan had totally moved on. They were on to stickers and other things. No one uses emojis in Japan now; it’s much more advanced. It’s like a quaint thing for them. You can still bring them up though, if you have a DOCOMO phone, but I think it’s kind of a dorky thing now. 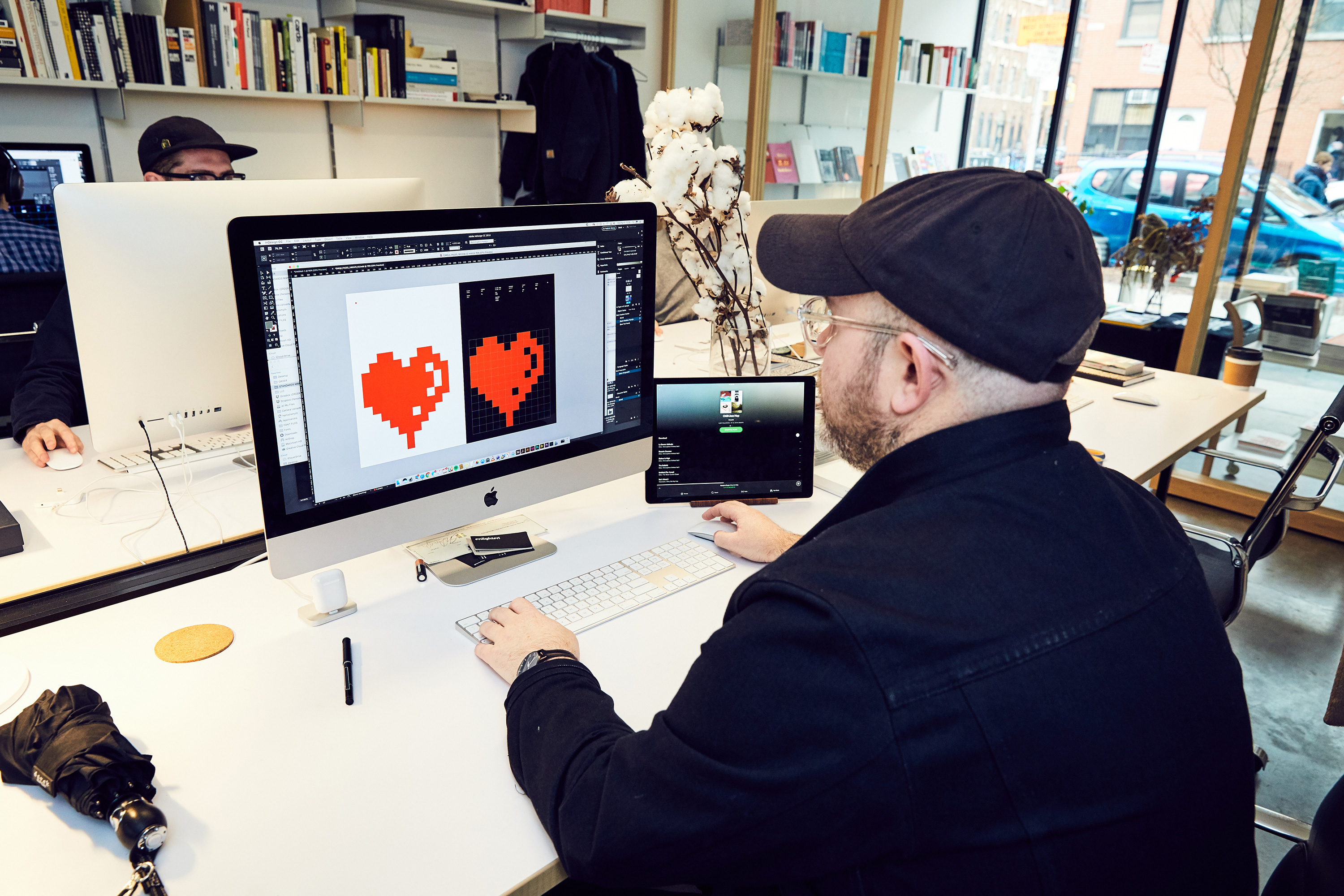 We thought it would be interesting to highlight this designer who created these things that weren’t meant to be a global communications tool, and yet have become one. He told us he did them all in, like, four weeks time. When we asked, “Would you change anything?” He said, “No, they were good enough for the time.”

Emoji are almost like mini works of art. When you blow them up, like we did in the book, they become more abstract and there’s something really nice about that. I hope other people like it.

I don’t know if the U.S. is ever going to move on from emoji. I don’t see it happening anytime soon, because we’ve had stickers and stuff for a while now, and those haven’t really taken off yet, have they?

We talked to a guy there who helps businesses enter Japan. He used to work for Facebook and he said when they first launched stickers in Japan, no one was using them. It was because there were only, like, five positive ones—the rest were all negative, and the Japanese didn’t want to use them. They’re much more positive in their communication. And so they used the shit out of the five that were positive, but Facebook ended up having to design a whole new set for Japan. We’re all just cynical, grumpy assholes using the negative ones all the time.

I do like the crying face one though, that’s probably my favorite. The laughing-crying. 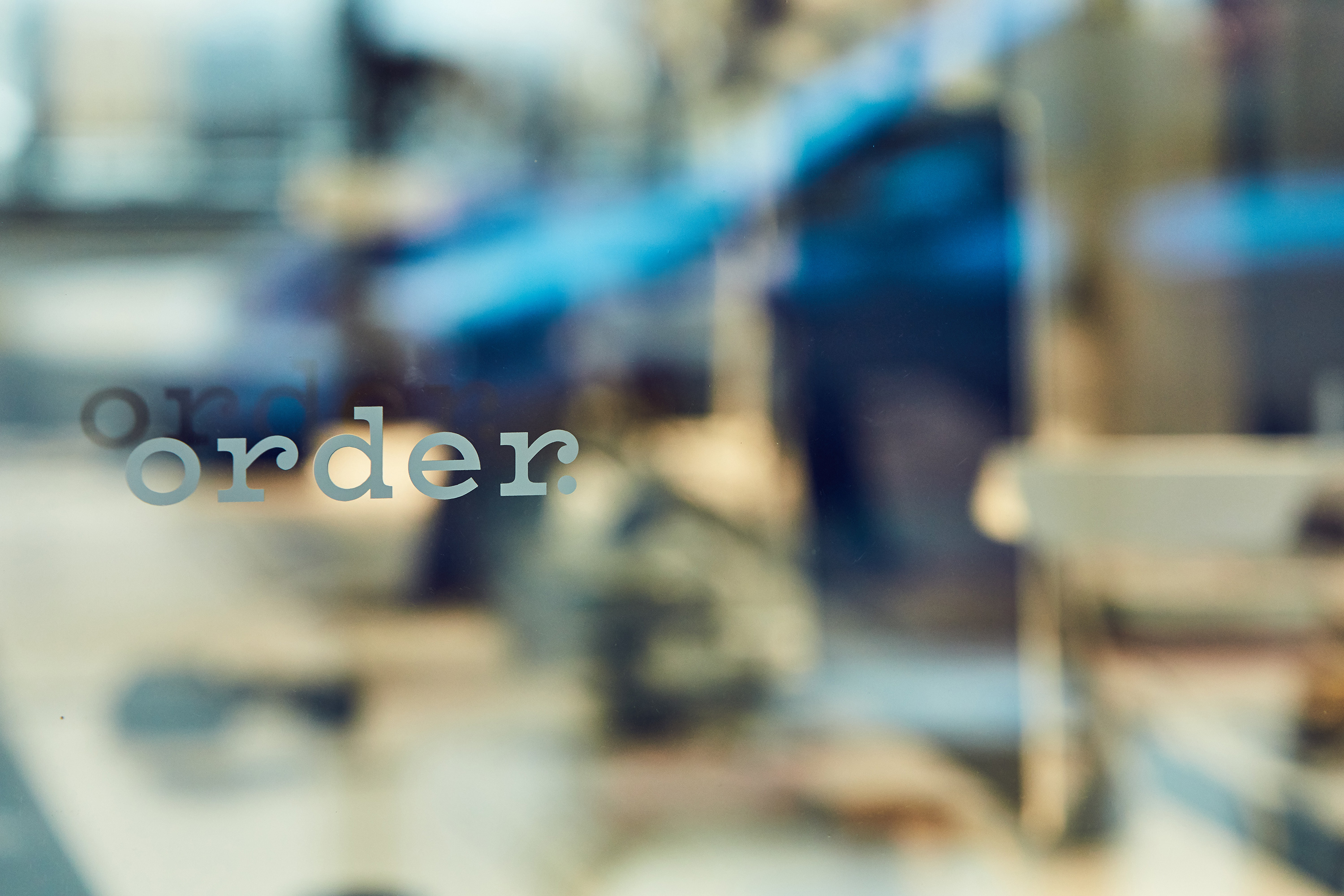 This conversation has been edited and condensed for clarity. Hamish Smyth photographed by Meredith Jenks at his work in New York City. Support Emoji: Designed by Shigetaka Kurita, NTT DOCOMO, Japan, 1999 on Kickstarter here. 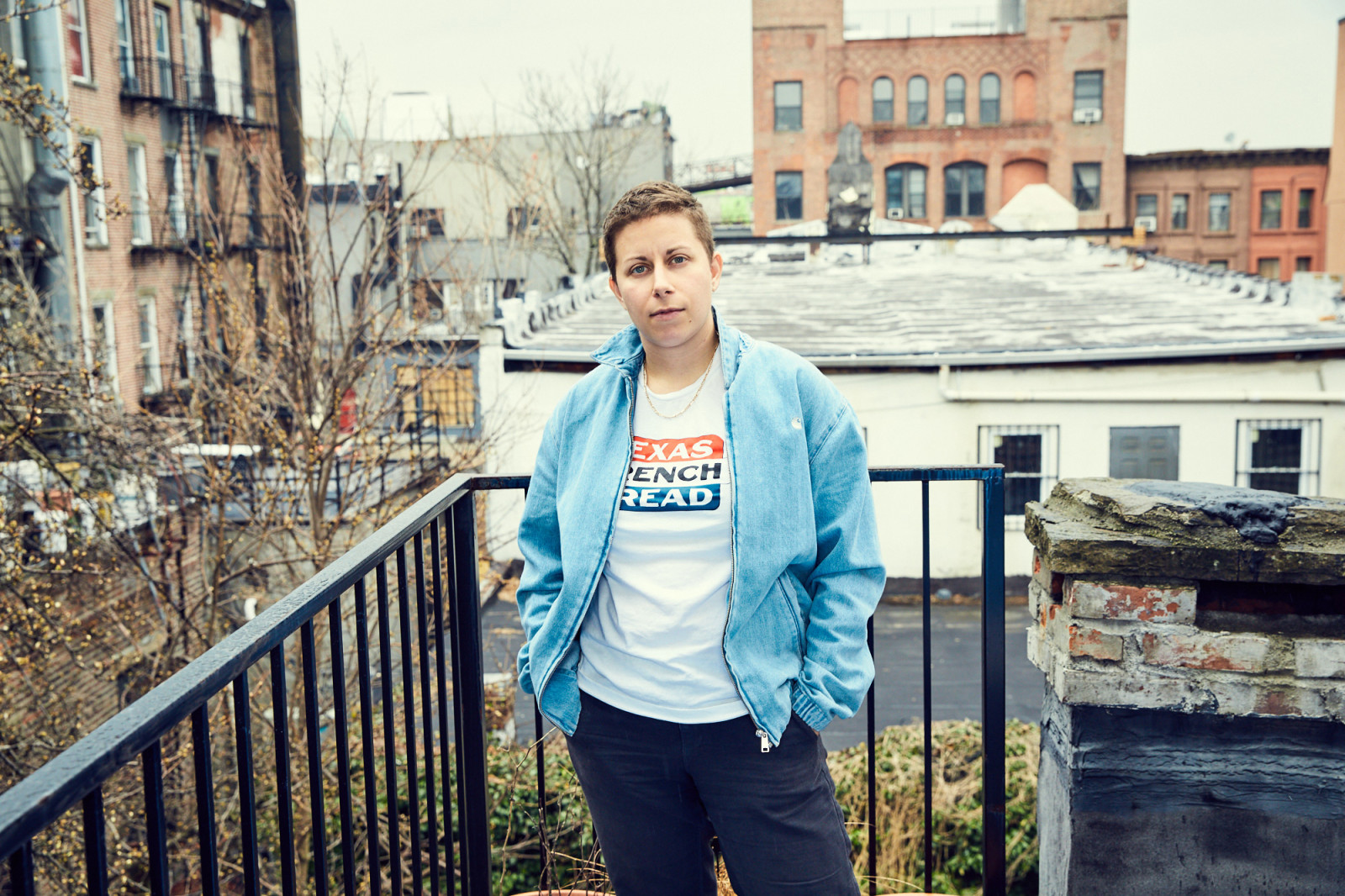