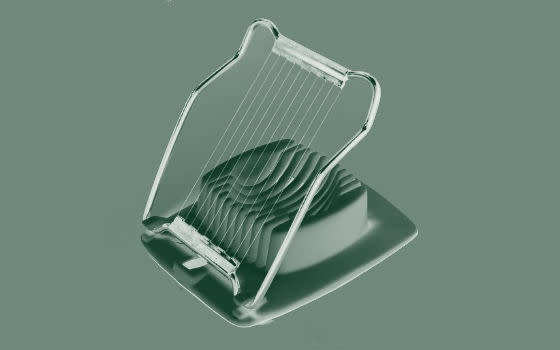 Boiling appliances down to their essence.

In 2016, I moved into an apartment outfitted with a panini press, a clunky appliance I used exactly once and which then served as an ersatz modern art installation for the remaining 364 days of my lease. Its worthlessness was solidified when, on a camping trip with nary a press in sight, my roommates and I placed hunks of cheese-stuffed baguette on a grill and flattened them with large rocks. Me, dependent on a single-use appliance? I scoffed as I bit into my panini. Please. I was practically Bear Grylls.

My ambitions — at least when it came to eating sandwiches — may not have been lofty enough to capitalize on a panini press, but its existence served as a gateway gadget, paving the way for what I now consider to be the holy grail of single-use appliances. It sits in my kitchen. It is small. It is sharp. It cuts without hurting and slices without contrition. Friends: meet the egg slicer.

Invented in the early 1900s by a German man named Willy, the egg slicer was created for the sole purpose of — this isn’t hard, folks — cutting eggs. The device itself is composed of two parts: a slotted base and a hinged frame strung with taut metal wires. To wield this contraption, all one has to do is place a peeled, hard boiled egg on the base and lower the top, allowing the wires to cut through the membrane and separate the orb into equal segments. As Willy was clearly aware, no one wants to accidentally coat their egg with fingerprints or deal with buckled whites, two common hazards of holding an egg and cleaving it with a knife. Best yet, these slicers transform the yolk (which I’ve always found slightly repellant) into manageable, aesthetically appealing ribbons of chalky yellow fat.

There is something pleasingly democratic about an apparatus that elevates an egg from an inexpensive, ubiquitous form of protein to a delicacy with one quick sever. The devices are also widely accessible, with myriad brands, styles, and price points from which to choose. While I prefer the bare bones, 100% aluminum version that sells for $2.81 online, egg-eaters with upscale taste can purchase fancier instruments. Williams Sonoma offers a $14.95 BPA-free "Egg Slicer and Wedger,” which one online reviewer bought "on a lark" and then loved so much that she ordered another for the kitchen in her lake house.

The egg slicer may be my favorite, but a brief tour of my pint-sized Brooklyn apartment reveals that I now own a small army of single-use appliances, all honed to execute one task perfectly: there is a milk frother, which I use every morning and a rice cooker, whose services I employ on occasion; on the table sits a small wedge that serves no purpose other than propping up my roommate’s laptop and which she claims stands between her and a lifetime of carpal tunnel; and in the back of my closet is a sweater razor, which I drunk-ordered last winter after reading that it would slice the fuzz off all my sweaters and, thus, “change my life.” I still believe this although I have yet to prove it true — in my aforementioned state I forgot that I own only one sweater and zero of the batteries the device requires.

The beauty of single-use appliances is that, unlike Pokémon or sexual harassers, it doesn’t behoove anyone to catch ‘em all. Unless you happen to inhabit a mansion of Versailles-style proportions, collecting these contraptions forces one to prioritize. Would you rather be greeted every day with the dead-eyed stare of a hot dog steamer or a strawberry huller? Are you the sort of person who values flawlessly spiralized zucchini over a properly scraped coconut? At some point, the questions become nearly existential: in the vast scheme of things, do the rewards of a banana bunker trump the spoils of a hamburger press?

I was speaking with a friend recently who admitted that she has a rule against owning single-use kitchen appliances, her reasoning being that in most instances you could probably use a knife to accomplish the same task. Does she have a point? Sure.

But sometimes “good enough” just isn’t good enough. And if anyone needs me, I'll be in my own (slightly more crowded) kitchen, with my slicer, basking in that rare flavor of joy that accompanies placing a perfectly mathematically bisected egg atop an otherwise mundane salad.

Luna Adler likes to think of herself as an agreeable Scorpio. She lives in Brooklyn. 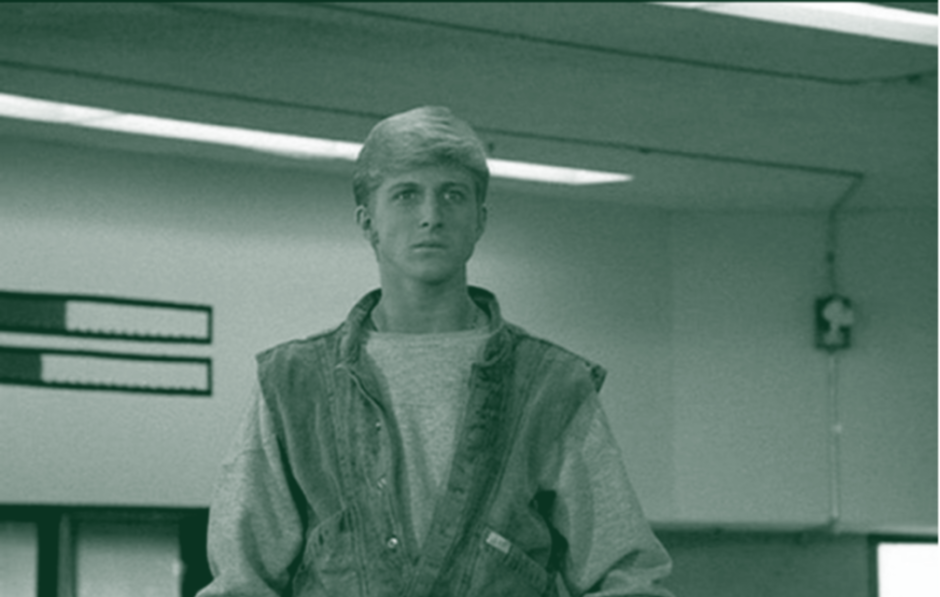 Did we put the ’80s greatest villain in a body bag?