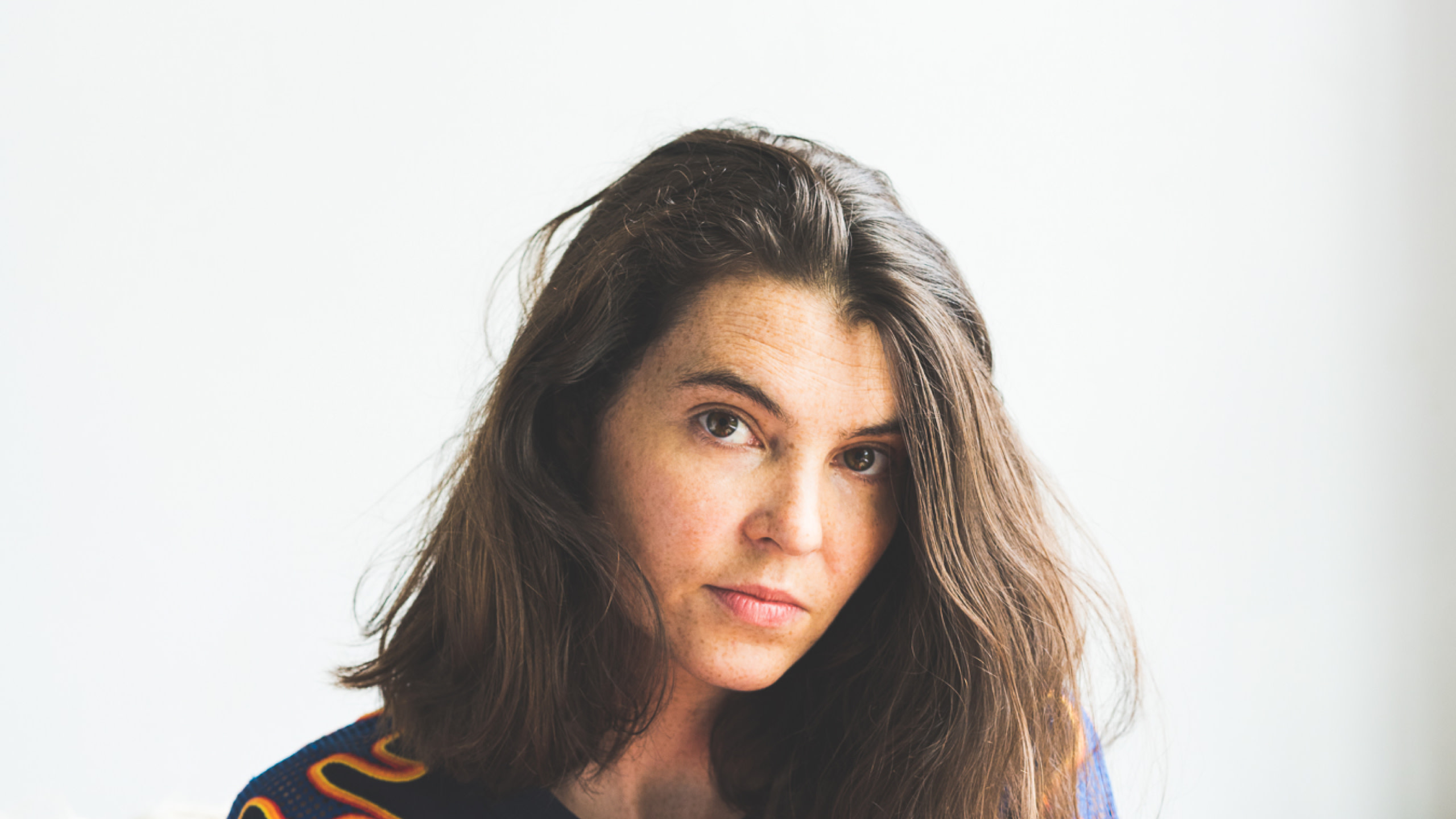 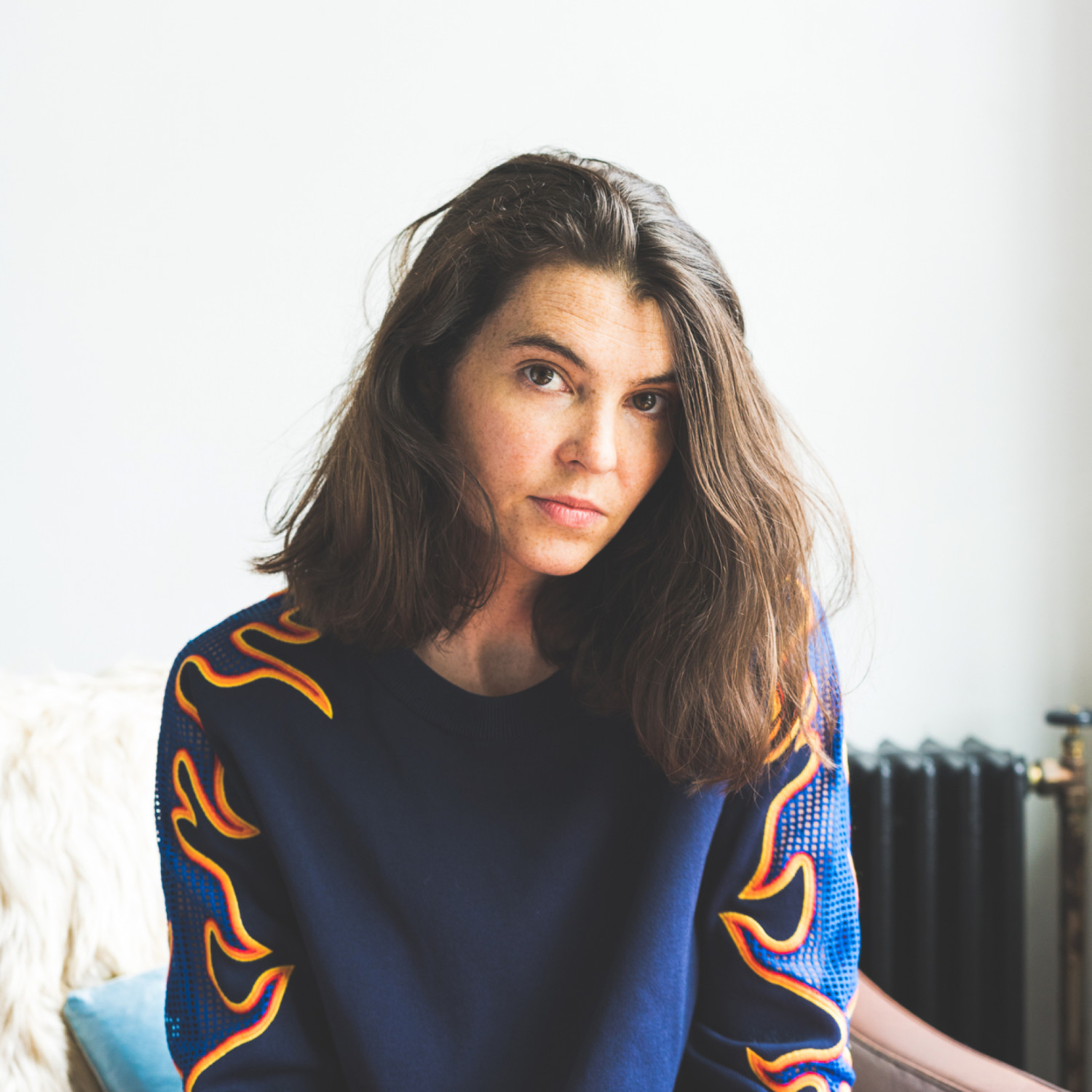 The designer and artisanal dyer who creates color from all-natural ingredients she forages herself—seaweed, soil, squid, to name a few—on the importance of sustainable fashion, the physical effects of pigments, and making stoned spreadsheets.

Welcome to our series of conversations with curious, clever, and captivating people—in other words, the kind you’d like to sit next to for an hour or two.

I’m usually up by 6 or 6:30 a.m. I mentally organize my day in that time, when I’m just waking up and taking care of my dog. I used to water my garden, but I just put in a drip system so now I don't have to do anything. Sometimes I just go run the hose because it makes me feel better. I’d love to say I swim in the morning, but most days I’m just so overwhelmed with the list of things to take care of, like designing somebody else's collection so that I can afford to keep running my own company.

The easiest way to describe what I do is that I work in color, and specifically color from natural origins. Working with color means I can apply it to pretty much anything—to fashion, museums, or interiors—and it’s something I can continue to play with as I grow and as my interests change.

I'm a visual person. I can imagine a color and work backwards and know what natural ingredients I could combine to create it. It was never a learned thing. It was just experimentation. Or almost like math, where you just know that four and two is six. Somehow it's just there. I don't understand why that's what I have a relationship with but it's taken over my life. Historically, there are fucking tons of colors that kill you. There's an arsenic green people would wear. They’d be like, “I look amazing in this bright green,” and then they’d drop dead. We are sensitive; there is such a thing as dermal absorption. So why are we producing color so artificially? I understand it's for longevity, for cost. It would make my life a lot easier to use chemical dyes, but that's not the point. This is an exercise in how clean a product can be, how nicely I can make it.

There are materials that look like they’re brown but they have this secret magic color inside. Like madder—it’s a brown root that makes a red and an orange. It was used to make the redcoats. It’s a super fragile process. If you apply too much heat or too much time or whatever, you can kill whatever potential color was inside of it, make it go brown or make it go to nothing. I’m playing with this thing that most people don’t even know exists and coaxing it out. Running a business is pretty lonely, but having those moments are a highlight for me. Like, “Oh, hey, nobody saw that but it was awesome.”

Dude, you’re yelling at me about a really well-made, naturally dyed alpaca mitten from a small farm right now. What’s your deal? 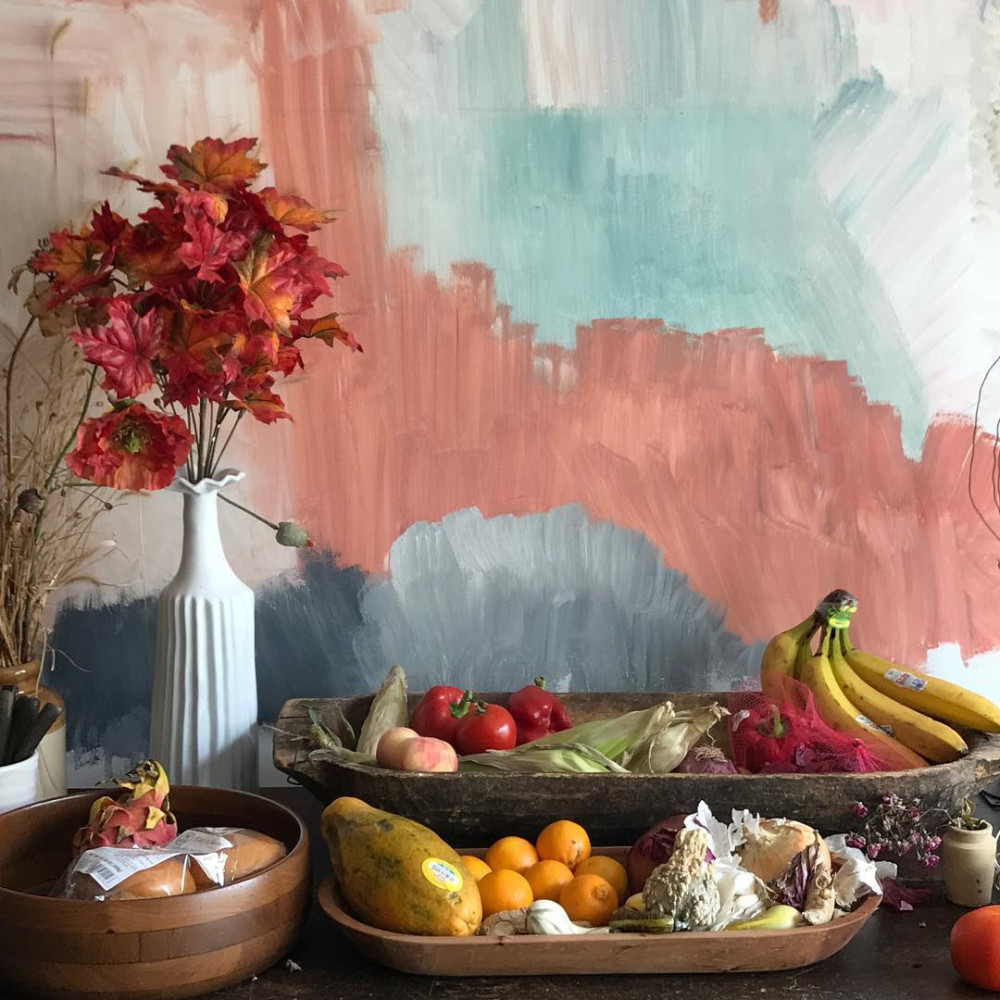 The hardest part for me is customer service. With all the people who receive my work, I only ever hear back from somebody if it's negative, you know? There was a woman in Wisconsin who said the shirt she ordered looked like somebody cleaned her husband's sweat with it and then used it to clean a motor. And I was like, “That sounds kinda cool, to be honest.” I’m still trying to figure out how to be detached from that. As a person, I’m like, “Okay, fuck you.” But you can't really do that in business. I save it for very special occasions.

I do all my Excel work on my home computer. That’s not how my brain works: in columns and rows, all organized. But for some reason, if I get stoned and sit in Excel, I'm golden. I'll make you the most fucking awesome spreadsheet you've ever seen.

Sometimes I wake up and I’m so stressed out that I can’t even begin, or I have a bunch of emails from people angry with me about some color that they want. In the current political climate, I just want to say, “Dude, you're yelling at me about a really well-made, naturally dyed alpaca mitten from a small farm right now. What's your deal?” In those moments, when I'm paralyzed or whatever, I also like to smoke because it makes me feel dumber in a way that allows me to get started and also not care as much, so that's helpful.

I don’t like weed that makes me feel tired. I want something that makes me work. Because that's all I’m really doing: I’m either working or painting or drawing or producing something for somebody. I think the self-care thing goes on the back burner a little bit when you work this hard, but then you have those moments where you just snap back. Sometimes I work out every day, and other times, I won’t have done shit.

I feel like the more you touch or manipulate things, the further it gets away from the taste of the thing that I want. 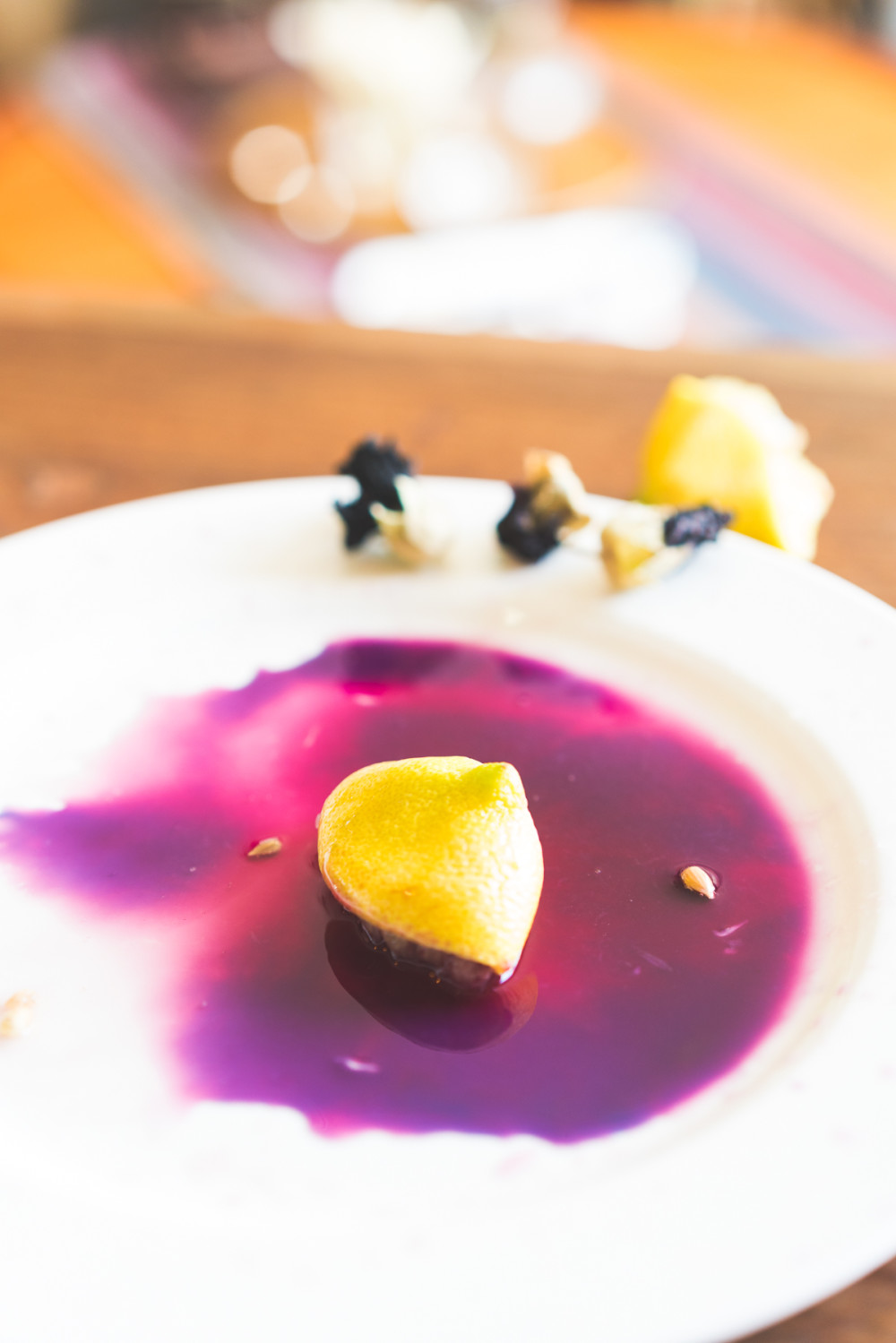 A perfect day off for me would start with a joint. I would get on my boat—I have a little Boston Whaler from 1960—and go down behind the airport to this one island where these guys rip around on little motorcycles. There's a funny little hut and a sunken little boat and an old landfill that I call Scotland—no offense to Scotland. They also do baptisms there. There are people from this church wading in the water, and the planes are landing, and I'm listening to whatever I'm listening to just watching this thing happen. I’ll eat what I call boat sandwiches. They’re the most basic thing ever: white bread, mayo, lettuce, turkey, black pepper, and salt. They’re like the crappy sandwiches my parents used to make. I stick them in a bag and put them in the cooler. They taste like when I was a kid.

Usually though, when I cook, I buy things that are super fresh and super clean and then I mostly leave them alone. I like bright-looking and bright-tasting things. I feel like the more you touch or manipulate things, the further it gets away from the taste of the thing that I want. I think it’s awesome that a color can become a movement.

The best trip I’ve ever taken was to Thailand for a month. I'd never taken that much time off from work. I didn’t care where my phone was or what was happening in the rest of the world. I only woke up every day worrying about how many coconuts I was drinking.

We met this guy there named Lee who started Akha Ama Coffee. This guy's family had a poppy farm, but their roads would get washed out every year at a certain time in the rainy season and because that stuff was so policed, they weren't able to keep growing the poppies legally. Now he grows coffee, and he's given his whole family and village a new cash crop.

That’s super interesting to me, that this 30-year-old dude that we met was trying to be part of the counterculture coffee thing happening in America and doing pour-over drip coffee in the fucking jungle. I liked having that personal experience with somebody.

My goal is to be an example and show that it's possible as a model to do things the correct way, to not poison people in your chain of product.

I have been happily selling the shit out of some pink to people for a decade, and it's amazing that it's caught on as a trend. I'm glad to be a part of that. I think it's funny that it's being called millennial pink but it’s awesome that a color can become a movement. It also gives my job value in a great way. I think yellow is coming on pretty strong behind it, which is another color I make, so I'm cool with that, too.

I wonder if I've established more of an understanding than I realize with these plants. Am I self-medicating in the same way that I do when I drink coffee or smoke weed? Maybe that’s why I use activated charcoal instead of just charcoal. I can achieve the exact same color with either, but when I work with one, I feel better. One's an air and water purifier, one isn't. As jammed as my brain feels a lot of days, I try to stay in tune with that.

My goal is to be an example and show that it's possible to do things the correct way, to not poison people in your chain of product. I know better, so I wouldn’t be able to sleep well at night if I made a product any other way. I have a super crazy conscience. To be alive and also be able to enjoy my day in some way, I have to be working towards the greater good of trying to make things better.

What I do also feels a lot smaller right now in light of everything else that’s going on in the world. It doesn't feel like it's making as big of an impact or like it’s the topic that needs to be addressed first, but it's what I know how to do. So I just keep pushing.

I expect more of my peers that understand and know better. How are they able to ignore this? That's the thing that maybe keeps me depressed. Maybe I need to chill out. That's probably why I smoke weed. Audrey Louise Reynolds photographed by Laura Wilson in her house in Brooklyn. Learn more about Audrey and shop her wares on her site, and follow her on instagram here. This interview has been edited and condensed for clarity. 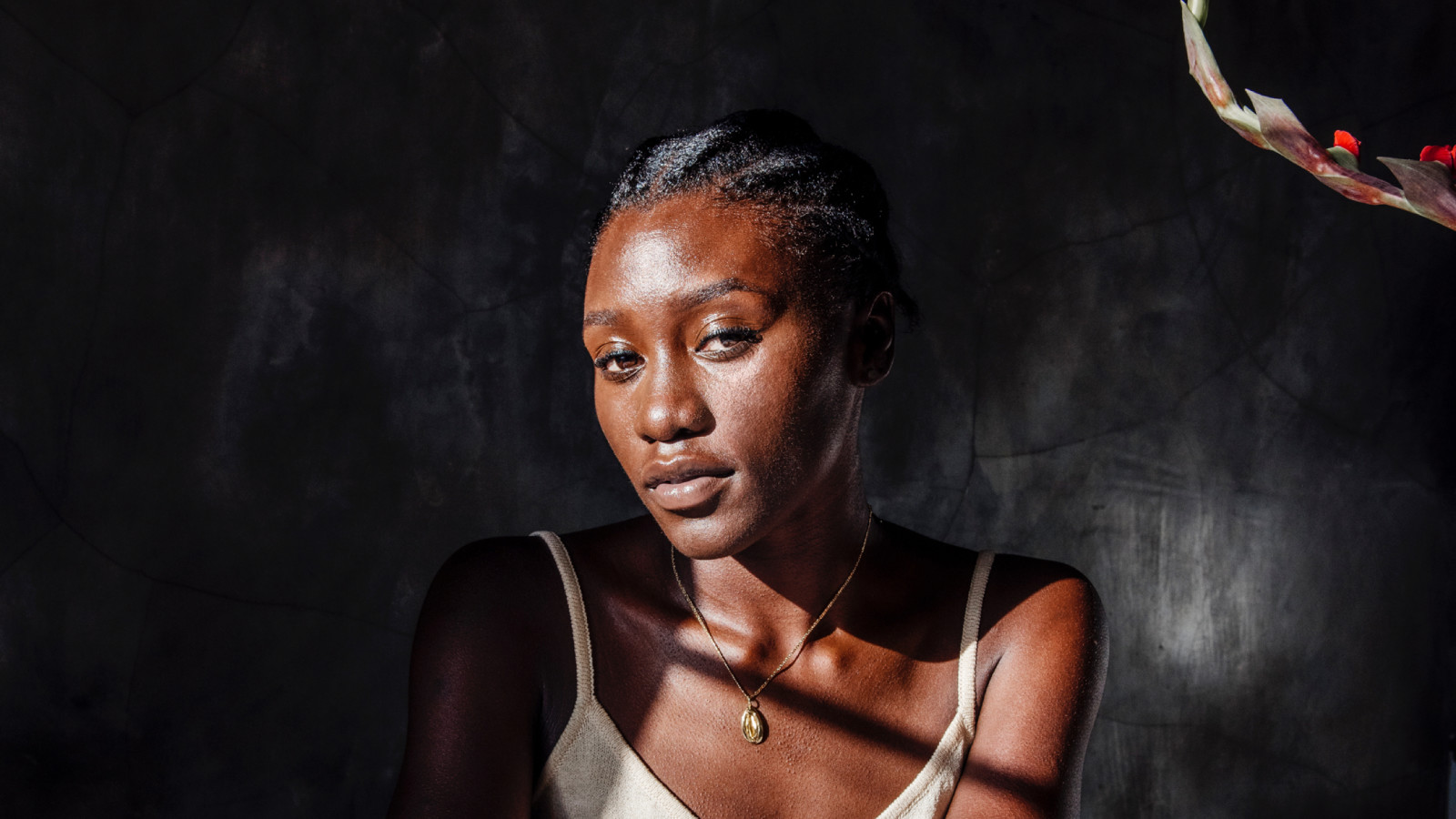