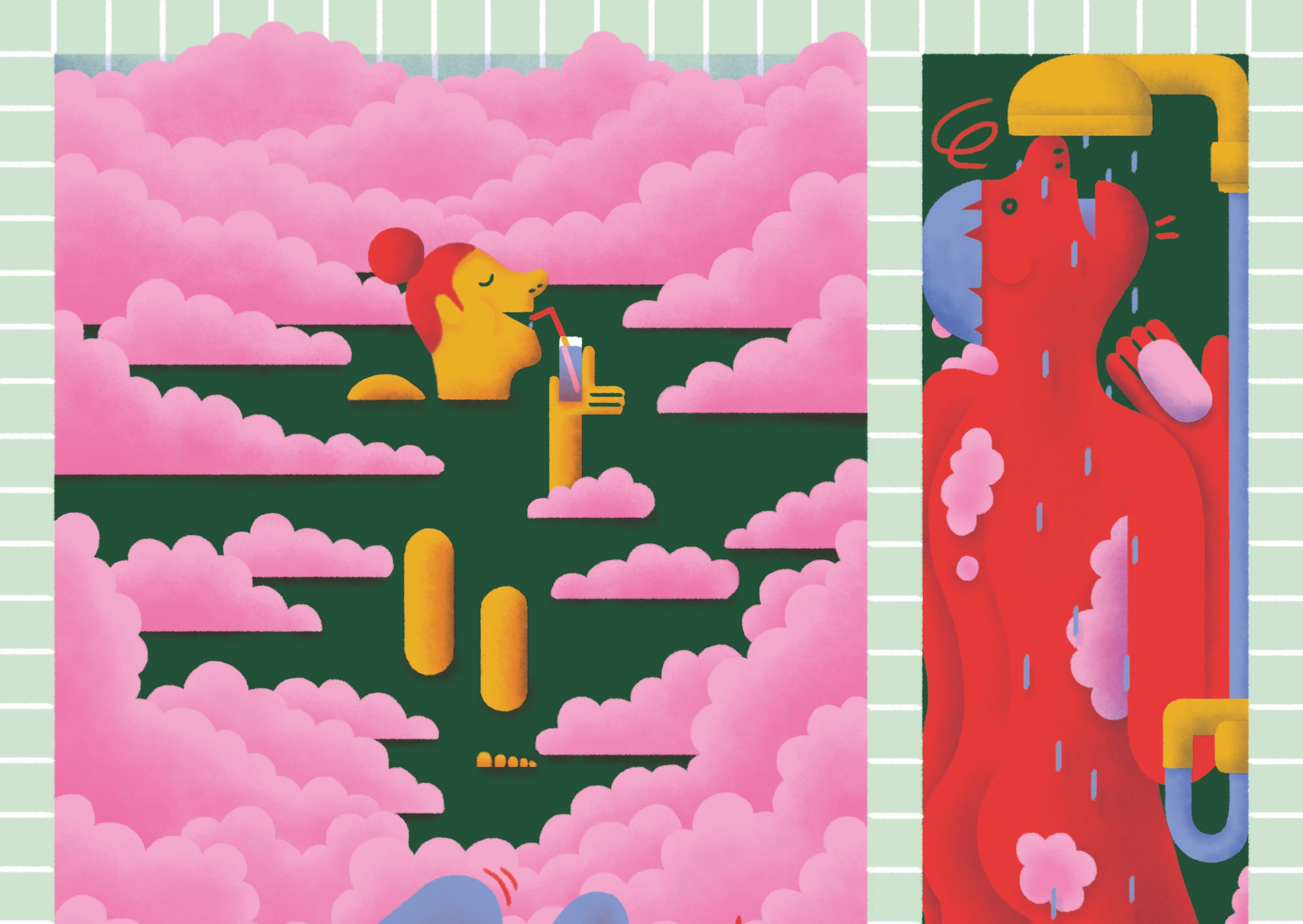 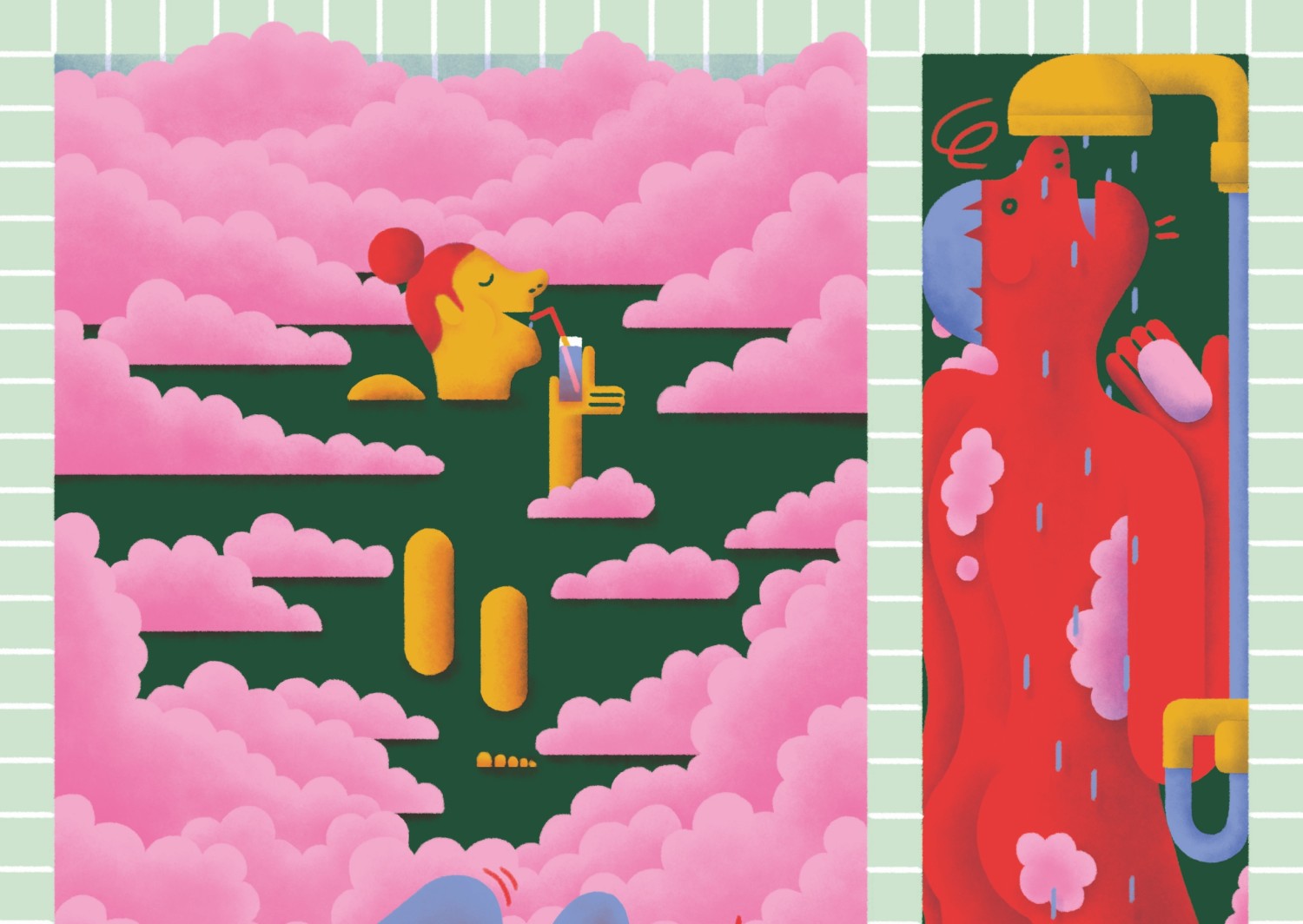 The soul-soothing power of a bath.

This feature originally appeared in Volume Four: the Inside issue. You can pick up a copy here or at a stockist near you (although please order online or by phone from them for obvious reasons). We thought this piece was a good one to run at a time when so many people are rediscovering baths—or wishing they had one at home.

As a kid, I used to spend hours in a soapy bath, constructing more and more elaborate adventures for my menagerie of My Little Ponies to embark on. I’d happily splash around until the water turned cold and my hands looked like pale, fleshy prunes. Bathtime was a biweekly ritual that continued through my teenage years (although I eventually ditched the pastel glitter horses in favor of my Discman and the latest Baby-Sitters Club book).

Once I moved into my first of many crappy NYC apartments, I learned the hard way why city dwellers are tried-and-true shower people—their bathtubs are sized for children and small animals, not full-grown humans. But I was hell-bent on continuing that semi-sacred bathing ritual.

So, my first week in my new place, I dutifully filled up the tub (after waiting the obligatory 10 minutes for the water to abruptly turn from ice-cold to scalding), plopped in a colorful bath bomb, poured myself a bottle of Two Buck Chuck, and eased into the steamy pastel water . . . and quickly came to the realization that somehow my 5’4” frame didn’t fully fit. With my knees poking out and back cramping up from the attempt to keep my torso below the surface of the water, it would have been comical had I not been so forlorn. Calgon, take me away . . . from this tiny tub.

It was while touring newly constructed apartments with a friend that I came to a sobering realization: it wasn’t just an old apartment problem. Building after building, I would sidle over to the bathroom and stare sadly at one of those absolutely pointless half-glass showers standing proudly where a tub should be. Don’t even get me started on those displays of interior-design asshattery: Let’s make a shower that only has half a wall and splashes water everywhere while making you literally freeze your ass off because there’s no curtain holding the steam and heat in. Brilliant!

How did we get to this sad, anti-tub place? Bathing used to be a centerpiece of daily life, sometimes even a communal experience—a sort of naked social club, courtesy of those saucy ancient Romans. “A Roman bathed in public; it was like his coffee club, his country club, his beauty parlor,” says Katherine Ashenburg, author of The Dirt On Clean: An Unsanitized History. “It was truly a place where everyone went. There were very cheap rates for slaves and children, they were art galleries filled with statues—you could spend hours there.”

Gradually, the idea of cavorting naked with your neighbors became a bit too risqué for the genteel public, and so the public baths fell out of fashion. This was followed by a few centuries of bathing aversion (part of which can be blamed on doctors’ mistaken belief that hot baths were how the Plague was spread) and for the next 400-plus years, many people wouldn’t voluntarily put themselves into a bath. But then, as with all good things, the French got involved.

“At the end of the 19th century, there came this idea of the super luxurious, super feminine, warm bath surrounded by perfumes and lotions,” Ashenburg says. “It became a part of the well-to-do woman’s daily grooming.” The rest of the world followed suit, and bathing made its triumphant return.

The majority of American households in the early 20th century had baths, albeit in slightly different locations, depending on your zip code. It’s not unusual in old NYC tenement buildings to see a bathtub straight chilling next to the stove. Slumlords knew it was a lot cheaper to stick a tub in the kitchen and run one set of hot water pipes than to place it in the bathroom where it belonged. Unfortunately for bath lovers, as indoor plumbing got better around the mid-20th century and people became obsessed with saving time, the shower soon dominated. Fast forward a few decades to my sad, defeated bath.

However, says Ashenburg, the tub tide is changing—thanks to the multibillion dollar wellness industry. “Even as we’re far too efficient to take a bath every morning, we’re increasingly anxious about wellness. And what better place for that than in the bathtub?” As someone who has recently discovered the joys of getting high while bathing, exposed knees and lukewarm water be damned, I wholeheartedly support this line of thinking.

“Wellness and beauty merge together in the bath,” notes Shannon Vaughn, founder of detoxifying beauty brand Pursoma. Her pro-tub argument: when you think of a bath more like a treatment than a pampering or hours-long indulgence, it becomes much easier to justify the time you devote to it. “I look at a bath as an exchange of an hour of my time that might have been spent watching TV, or doing yoga, or meditating. It becomes a kind of wind-down ritual.”

Vaughn has noticed a steady uptick in people buying her bath soaks and with more frequency. That gives me hope that perhaps we are on the cusp of a Bathing Renaissance. “People are taking more baths for different reasons, baths that never existed in homes before [like for detoxification or jet lag],” she muses. Case in point: Pursoma’s bestseller is the Digital Detox, a mix of sea salt and clay, which Vaughn says people are drawn to because they feel an over-connection to technology.

Another bonus point for baths? Depending on your cleansing habits, they can be more environmentally friendly. The average bath uses 36 gallons of water, which, okay, is a lot. In contrast, a shower only uses five gallons a minute. If you’re one of those annoyingly productive people who can shower in under seven minutes, then, yes, technically a shower is better for the planet. But for the rest of the world that hasn’t mastered the art of the flash wash, baths are the greener way to get clean.

My dream is that one day soon people will embrace the wellness bath with the same fervor as the Whole30 and acupuncture and come together as one united front to banish the half-glass shower back to the design hell it came from. Team Tub forever. 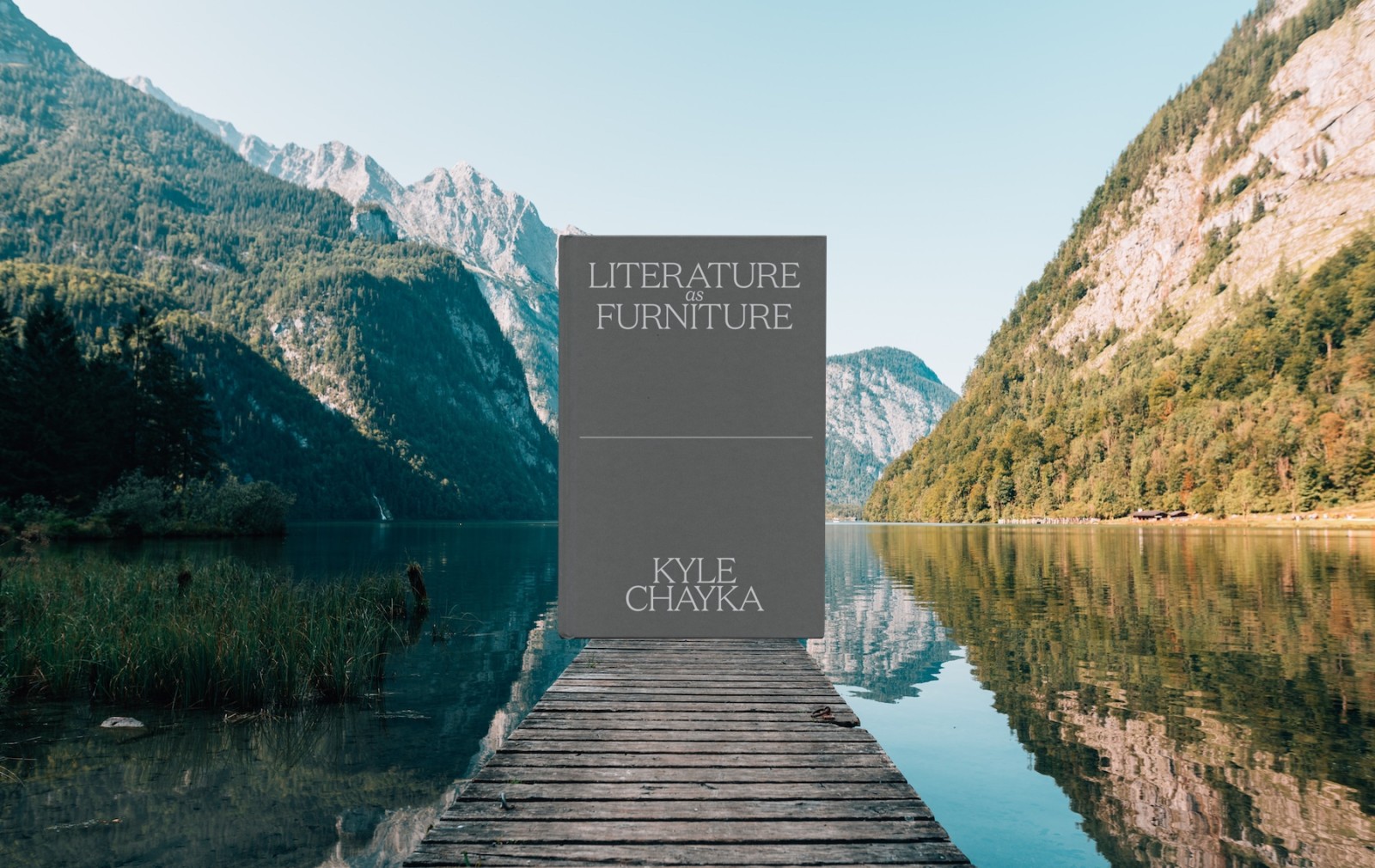