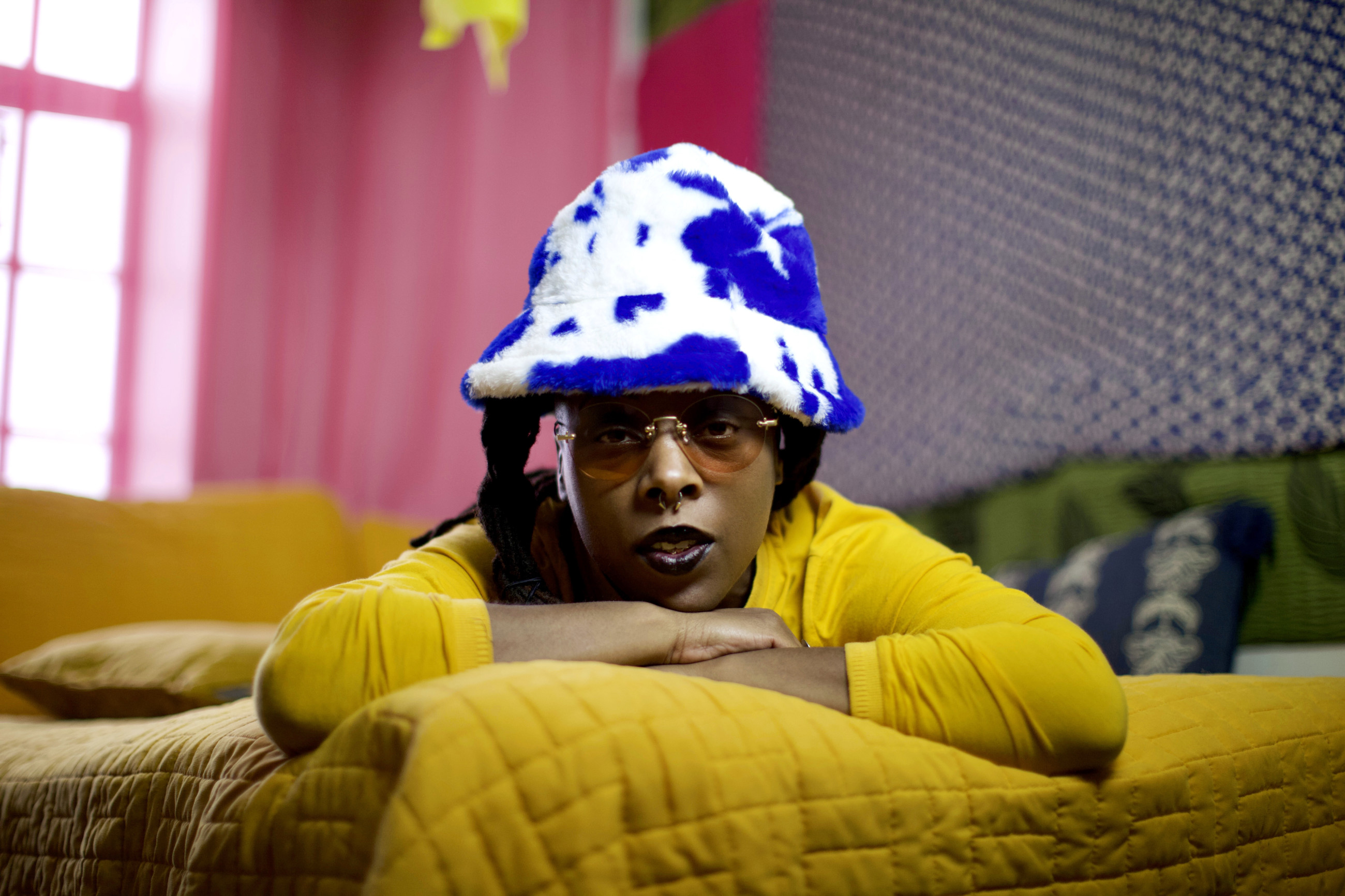 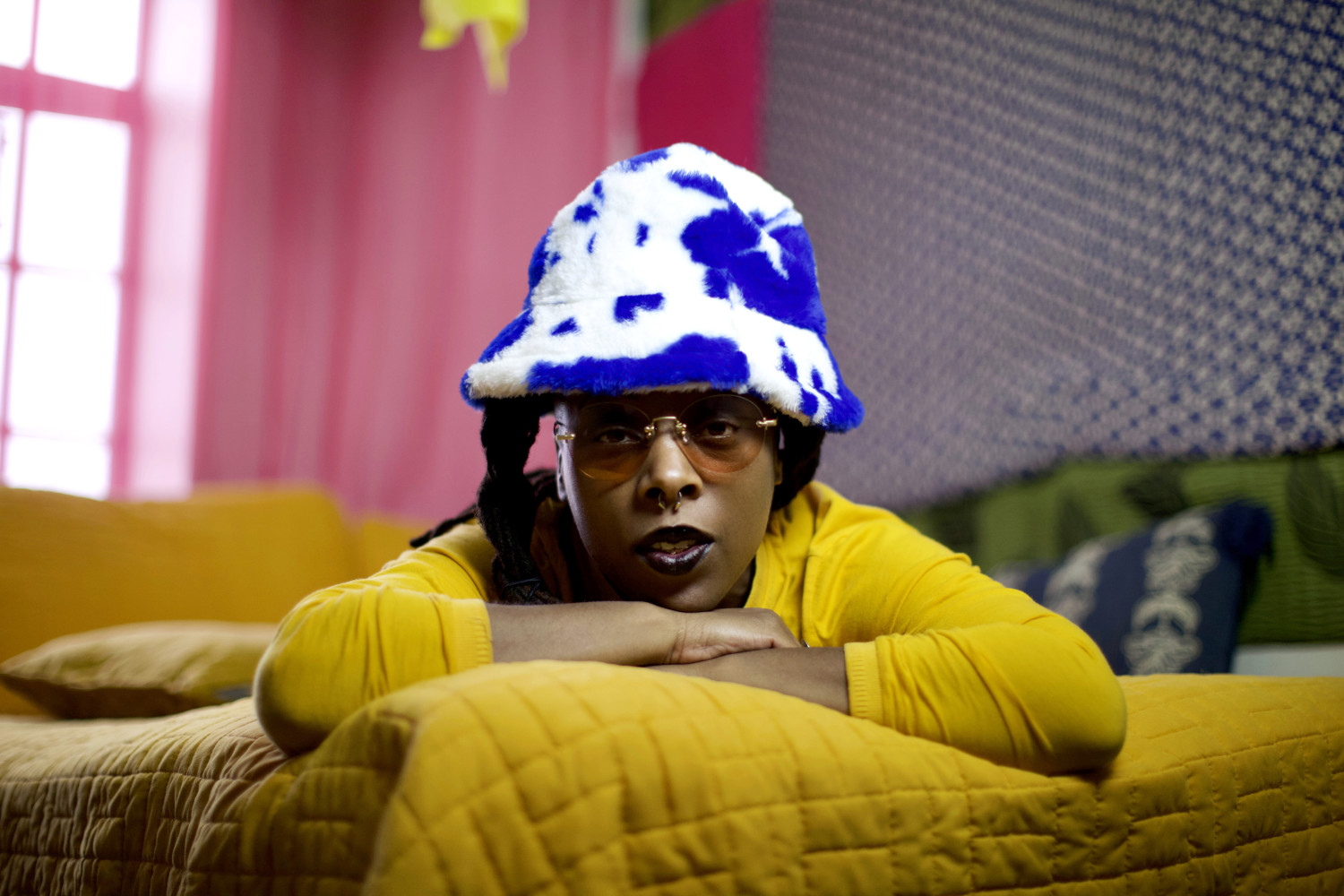 The DJ and cannabis entrepreneur on Afrofuturism, Southern roots, and how she's evolving her 4/20 ritual this year.

As Told to Patty Carnevale

This Conversation is brought to you in partnership with Leafly.

In 2019, I got in a car accident and injured the whole left side of my body and my neck. I was prescribed such strong pain medication. The opioid crisis was at its peak and I was like, Yeah, I’m not about to take all of this and come out of this an addict. Cannabis, as well as physical therapy and upping my vitamins and supplements, helped me through that process. It took almost two years. That’s when I became really serious about it.

I’ve been smoking since I was about 12. My best friend from back home and I used to sing in our church choir. Every week, after rehearsal, we would find some way to get cannabis and we would smoke. That’s where it started. We were like, crush crush. Let’s roll it up. We smoke. I moved beyond smoking for pleasure and realized it was a wonderful pain management tool. 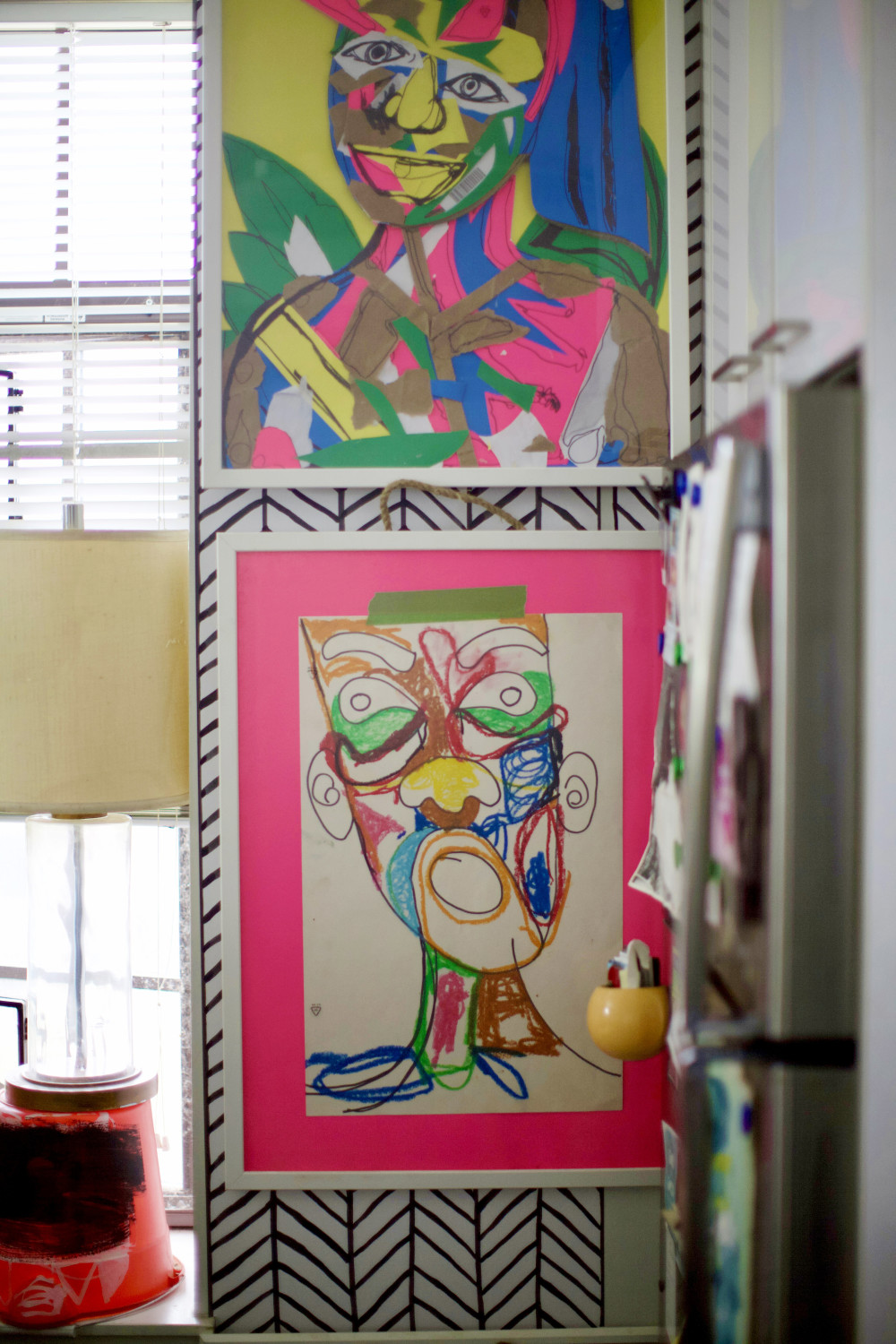 One of my friends hit me with a text about a program in Chicago. The city college here, Olive-Harvey, offers a cannabis management program. I wrote in, got a scholarship for it, took the program, and I learned how to grow legally. It’s not for the faint of heart. It’s a lot of work with terms and practices that most people aren’t familiar with at all. But it was so worth it, because now I can really grow.

I’m always interested in creating new rituals around things that have a dogmatic practice around them. 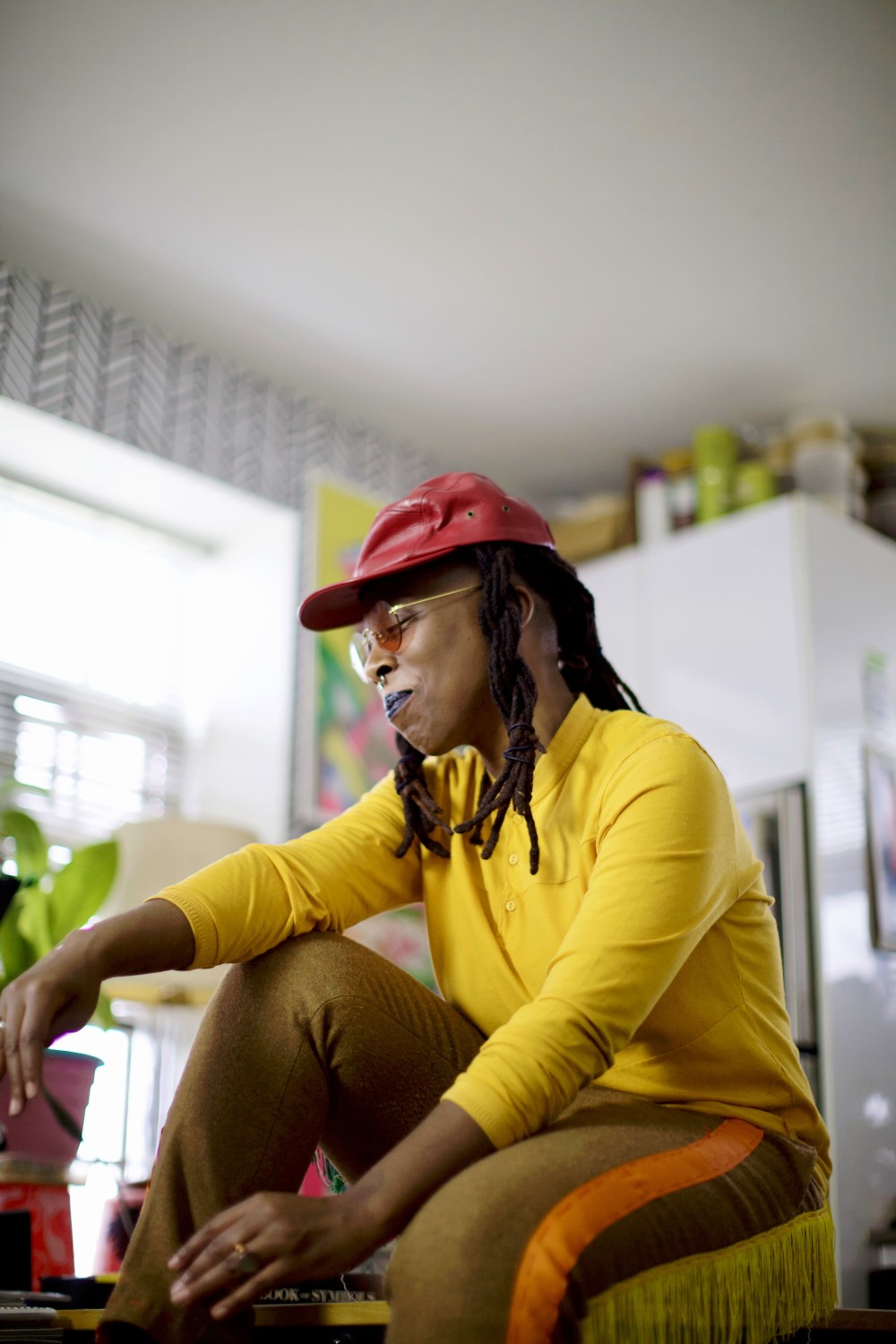 I test a lot of different cannabis products. I like Jeeters, the pre-rolls with resin on the outside of it. I like the potency of them. I like Gorilla Rx out in L.A. They’re the first Black woman-owned dispensary there. I like products that aren’t going to hit me and take me down, but keep me cool. I look for products that I can work with. When I’m trying something new with cannabis, I do it at night. I never experiment with my time when I have to work. I’m just old-school like that. If we’re testing something, I’m going to test it when I know I have a time cushion and I’m in my house where I know I’m safe.

Usually my 4/20 rituals are just smoking as much cannabis as my lungs can contain in the day, just for myself. But I’m always interested in creating new rituals around things that have a dogmatic practice around them. Everybody’s going to be smoking weed on 4/20, so can we take that and make it something else? A concert? A dinner? Right now, I’m manifesting something along those lines for 4/20 with Gorilla Rx.

Women in the neighborhood, if something’s going on with them, they’ll call my mama, and then my mama calls me. That’s my position in my family.

When my mom was nine, my grandmother died in a car accident. My mom is super spiritual, so when she started having children, she prayed for God to give her someone who would love her kids the way her mom would have if she was still here. Then she met a woman named Katie L. Little at church. Miss Little was born in 1901 and was the daughter of the chief of her tribe. She became our grandmother from that point until the day she died. I learned a lot about plant medicine and healing from Miss Little. I carry those lessons over into my own personal practices. If I get sick, I can be well within a day. I know what to mix and how to mix it.

My mom will call me and be like, “I’m not feeling too well today. What should I do?” Women in the neighborhood, if something’s going on with them, they’ll call my mama, and then my mama calls me. That’s my position in my family. And that’s a gift. I can’t remember the last time I went to the hospital or anything like that. It’s just a wonderful gift to have. I’m excited to be able to develop products that I can share with other people. 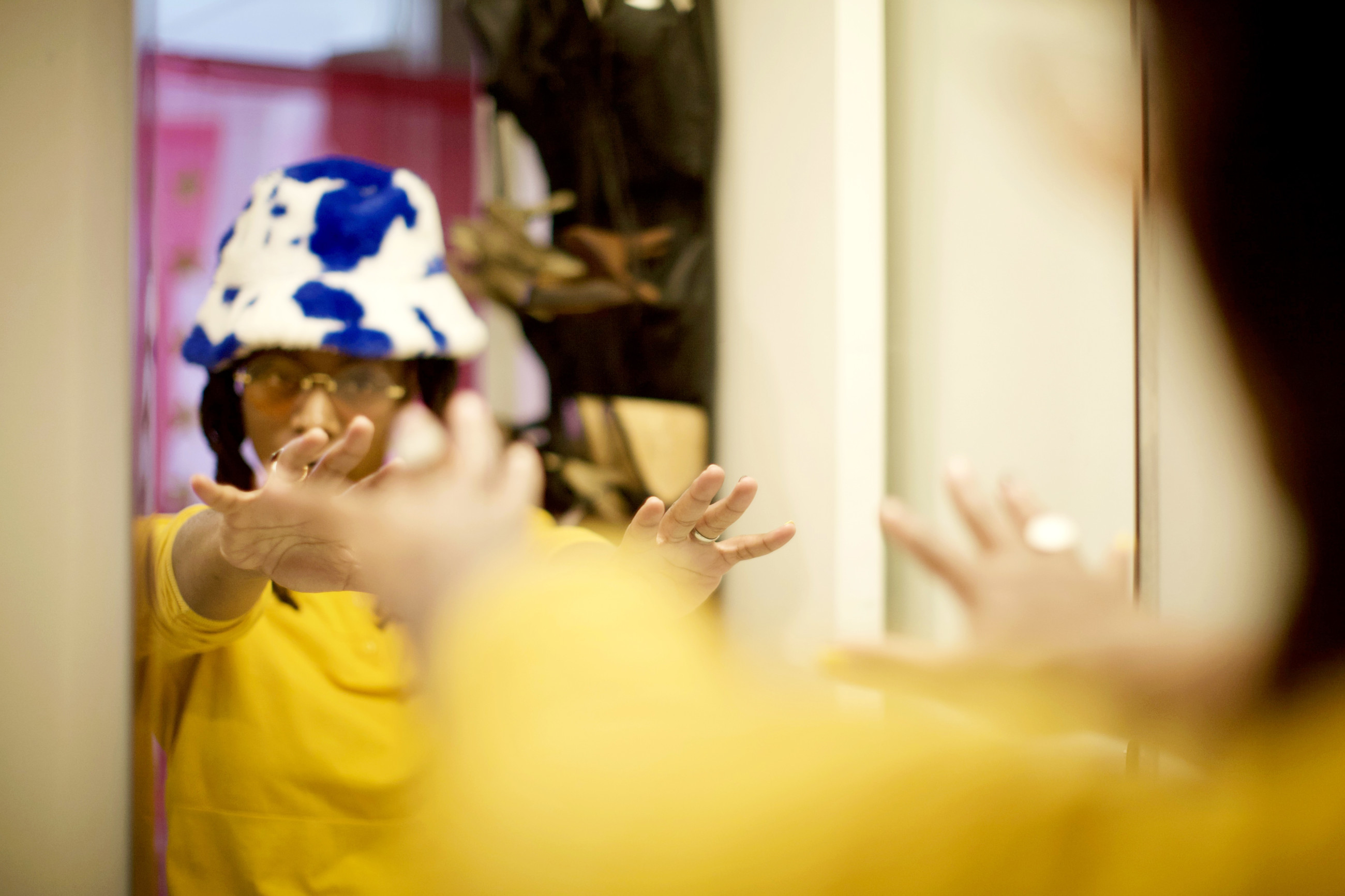 I grew up in Bennettsville, a very small town in South Carolina. All my life, everyone said that I was a little different and a little off. I’m on the spectrum, but instead of putting me on medication, my mom put me in a bunch of activities. It was a smart decision. She was a counselor. She saw how people were being affected by medication. My parents were like “We believe in God. We know that you can get through this.”

I played seven instruments, basketball, and softball. I was in glee club and I was student body leader. I was just doing the absolute most. If my mother hadn’t given me that alternative, I might have had a completely different story. I’m super grateful.

It’s been a journey. Because of the way our society is set up, people always tell you, “You can only do one thing,” and I’m like, “That’s not how I work.” You have authority figures over you, especially growing up. Teachers always try to make you do one thing. You’re sitting in class. You need to focus. But I am focusing. I’m doodling so I can focus. If I wasn’t drawing, my mind would be all across the room. I’m using this skill to ground myself in reality with you. So, my major challenge has not been me. It’s been people outside of me trying to make me do something that isn’t the best for me. It never gets chaotic because that’s the way my brain is set up. It doesn’t overwhelm me.

Despite playing seven instruments, I got accepted to a visual arts high school, The South Carolina Governor’s School for the Arts and Humanities, which put a pause on my music career. I went to Temple then transferred to Sarah Lawrence, and took classes at the School of Visual Arts in the city.

At Sarah Lawrence, I co-founded a group called The Agytators. We made waves in the Lower East Side art scene in the early 2000s by hosting art events in spaces where they weren’t typically held, like clubs. I got known for that under a different name, an alias: Melly Shabazz. It was me and this artist named Lina Viktor. At the time, she went by Coco Black.

I always wanted to be a DJ, and the opportunity presented itself here in Chicago.

After The Agytators broke up, I moved from New York to Charlotte, and began performing music again. Then I met my partner, came up to Chicago, and got stuck—literally. A friend borrowed my car and it broke down, so I stayed. I’ve been here going on seven years now.

I always wanted to be a DJ, and the opportunity presented itself here in Chicago. Because I’m a multidisciplinary artist, I have my own business. It’s hard to find a traditional job when you do so many things. I’m an open-format DJ. My taste in music is expansive. Right now, I’m into African Highlife, which is like 1960s and 1970s Afrobeat, like Fela Kuti. 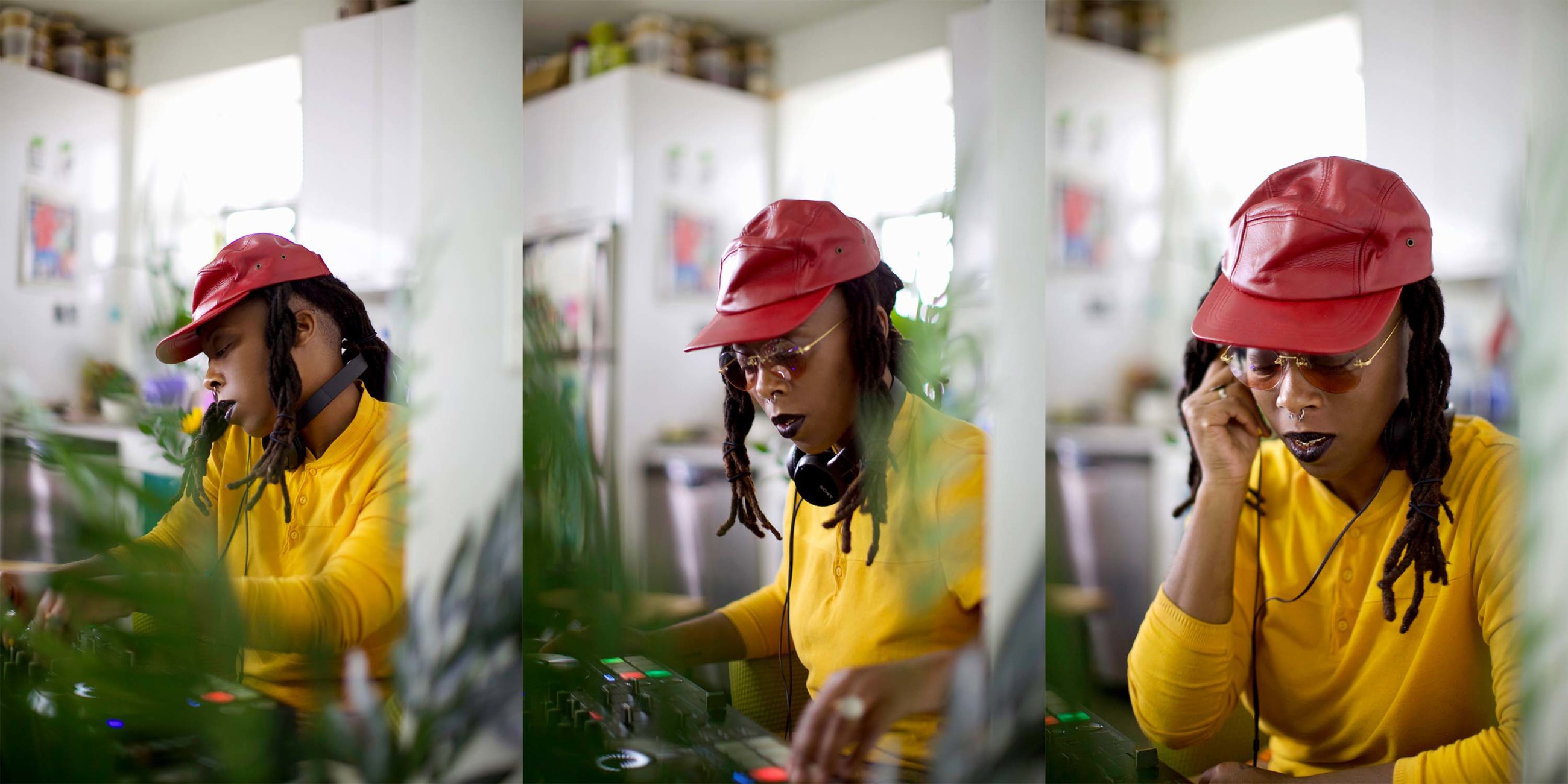 My main business is my DJ business. The one that I’m developing alongside it is a cannabis lifestyle brand. I don’t necessarily want to sell cannabis products, but I want to sell smoke accessories, soaks, merch, and clothes that go with the lifestyle. I’m also building a platform that is an Afrofuturist spiritual hub for cannabis smokers and cannabis-friendly people. It’s a place where people who are into Afrofuturism can see life through that lens, learn more about the plant, and be in community together.

I was the first generation in my family to move. Everywhere I go, I see that integration of Southern culture.

Toni Morrison is super influential to me, both in writing and in who she was as a human. Octavia Butler is very important to me. Both of them are visionaries and prophets. The way that they captured Black life and what it could be in the literary form has had such a profound effect on me as a creative, as a visionary, as a dreamer. I just got through re-reading Octavia Butler’s Patternist series, a compilation called Seed to Harvest. Every time I think about it again, I go and reread it.

There’s also this book called Manchild in the Promised Land by Claude Brown. It’s about the Great Migration in the 1940s and 50s. It’s still very relevant. I was the first generation in my family to move. Everywhere I go, I see that integration of Southern culture. I run into people all the time that be like, “I’m from Chicago,” and I’m like, “No, where your mama from?” And they go, “She from Chicago.” “Where your grandma from?” And it’s always Mississippi, Alabama, Georgia, all of that. 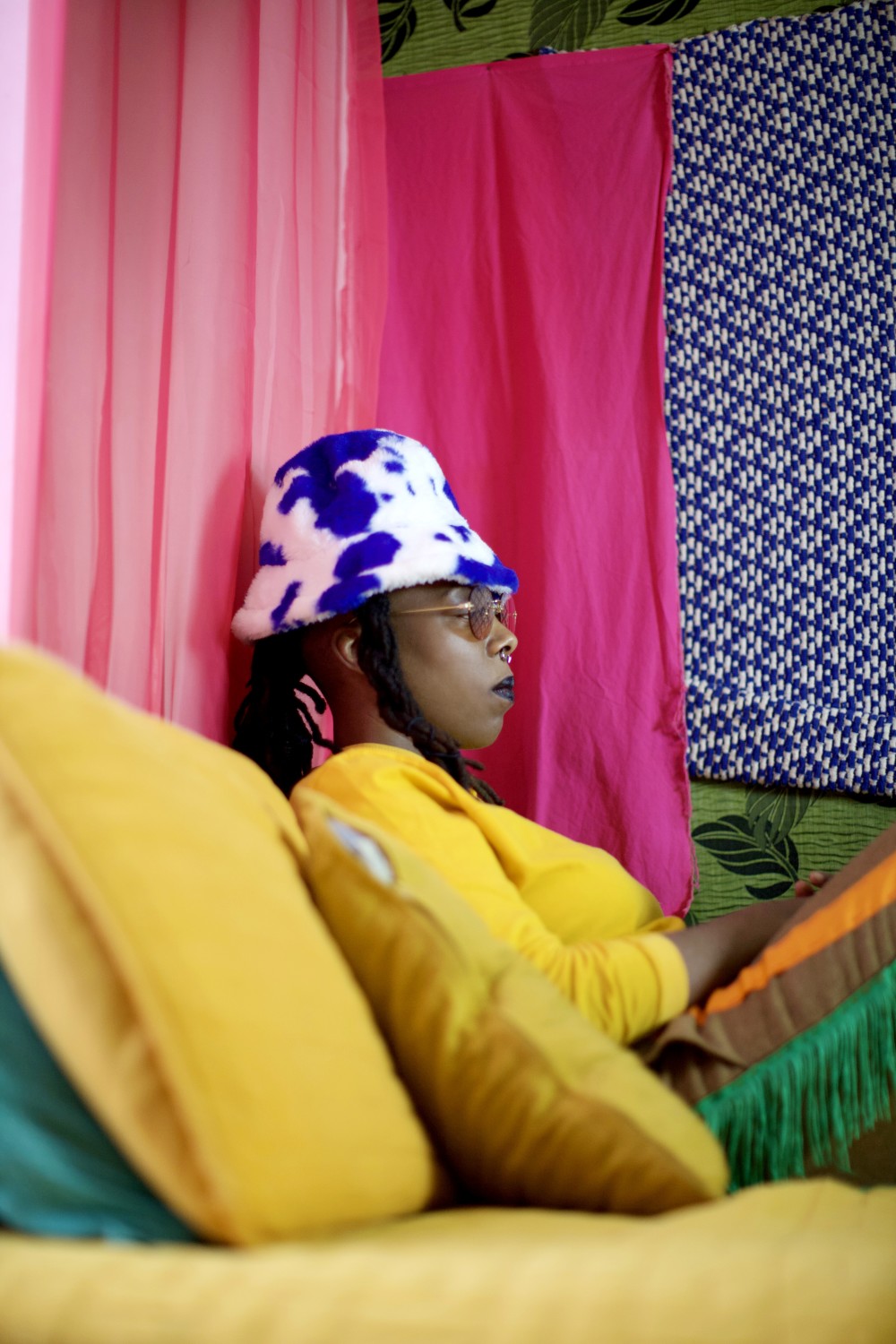 Even if the door is open in the South, people still might not walk through it... having people see my journey, that makes a difference.

I grew up Southern Baptist. Southern Black Baptist has a certain smallness to it in terms of thought—who you can be, what you can do, what’s pleasing God, and what’s not. But other people aren’t bound by the same rules and the same principles. In a way, it holds Black Southern people back. That’s what I come from, but I evolved beyond it. When I’m in spaces where I can have impact, when the platforms are given to me, or the opportunities, I always carry those people with me.

We Southerners, we’re “show me” people. You can’t just tell us. Being able to take the things I do back to my people, or to create experiences where they can come along and experience something different, that’s what I’m looking forward to, that’s who I’m trying to reach, and that’s who I’m doing it for.

A lot of people don’t get to venture very far outside of where they are. The internet is helping with that. But in Southern culture, it’s a little different because of racism and the generational effects of racism. Even if the door is open in the South, people still might not walk through it. So having someone like me that comes from that place, and having people see my journey, that makes a difference. I can speak to them in a way that other people can’t, because I’ve come from there, and they see what is possible. That’s impactful.

The more I learn about the cannabis sector, the more I’m surprised that literally all these regulations around cannabis are mainly tied to racism. I’m learning just how deep that rabbit hole goes. It’s not only that the barriers exist, but that they are not coming down. It’s not a fast process. This has been going on since the Marihuana Tax Act of 1937. We’re still in this? We’re hip hopping and beyond now, but we’re still on the same old-ass rules.

This work that I’m doing with cannabis is behind the scenes. I’m looking forward to having an impact. I don’t say power, because I’m not interested in power. I’m interested in impact. I’m excited to see what I can do with the platforms that I’m able to utilize and who I’m able to reach with that ability. My father always said, “Success is when opportunity meets preparation.” If the attention comes to me, I’ll be ready for it. 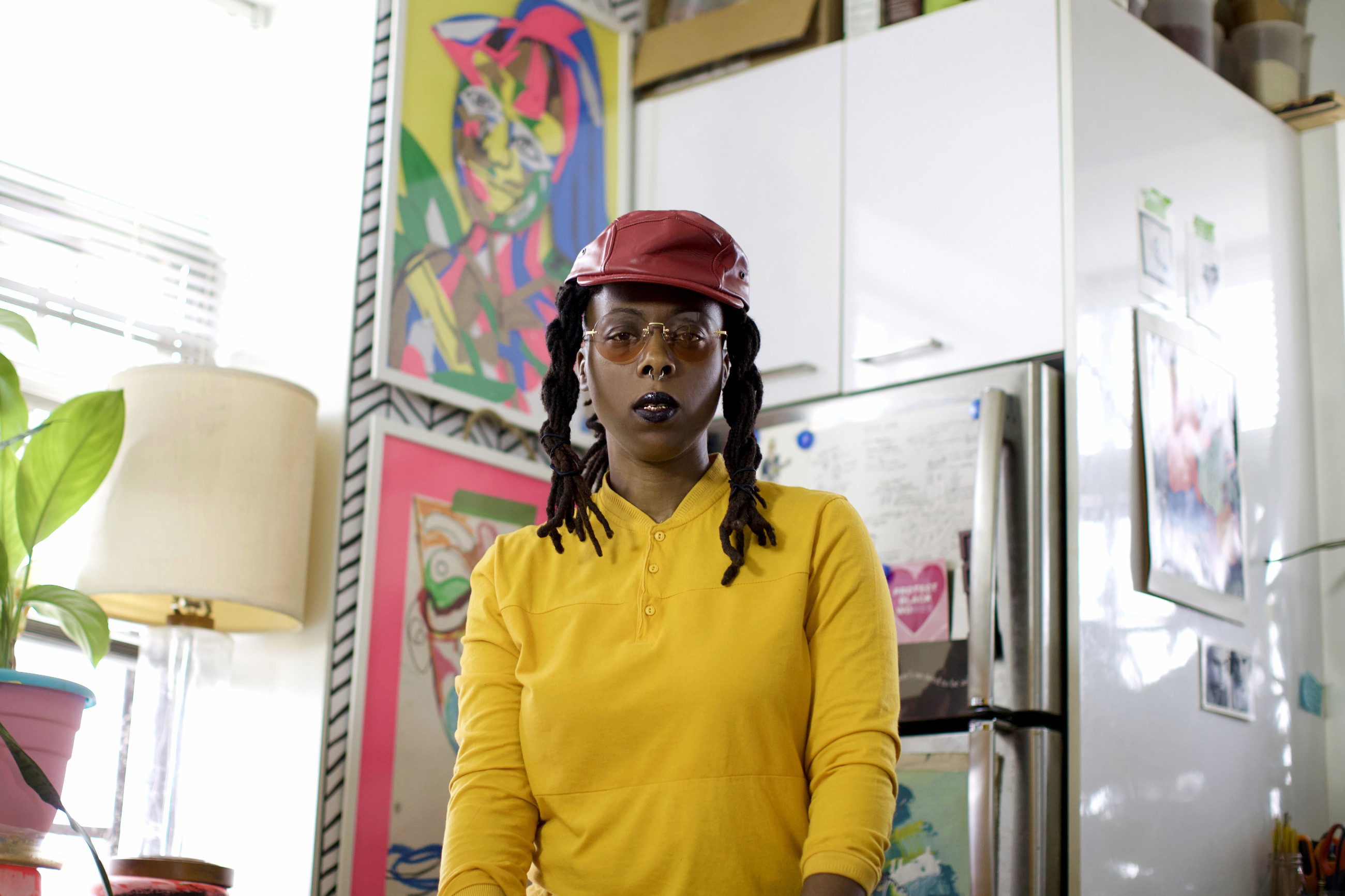 This interview has been edited and condensed for clarity. Selah Say photographed by Jessica Levin in Chicago. If you like this Conversation, please feel free to share it with friends or enemies. Subscribe to our newsletter here. 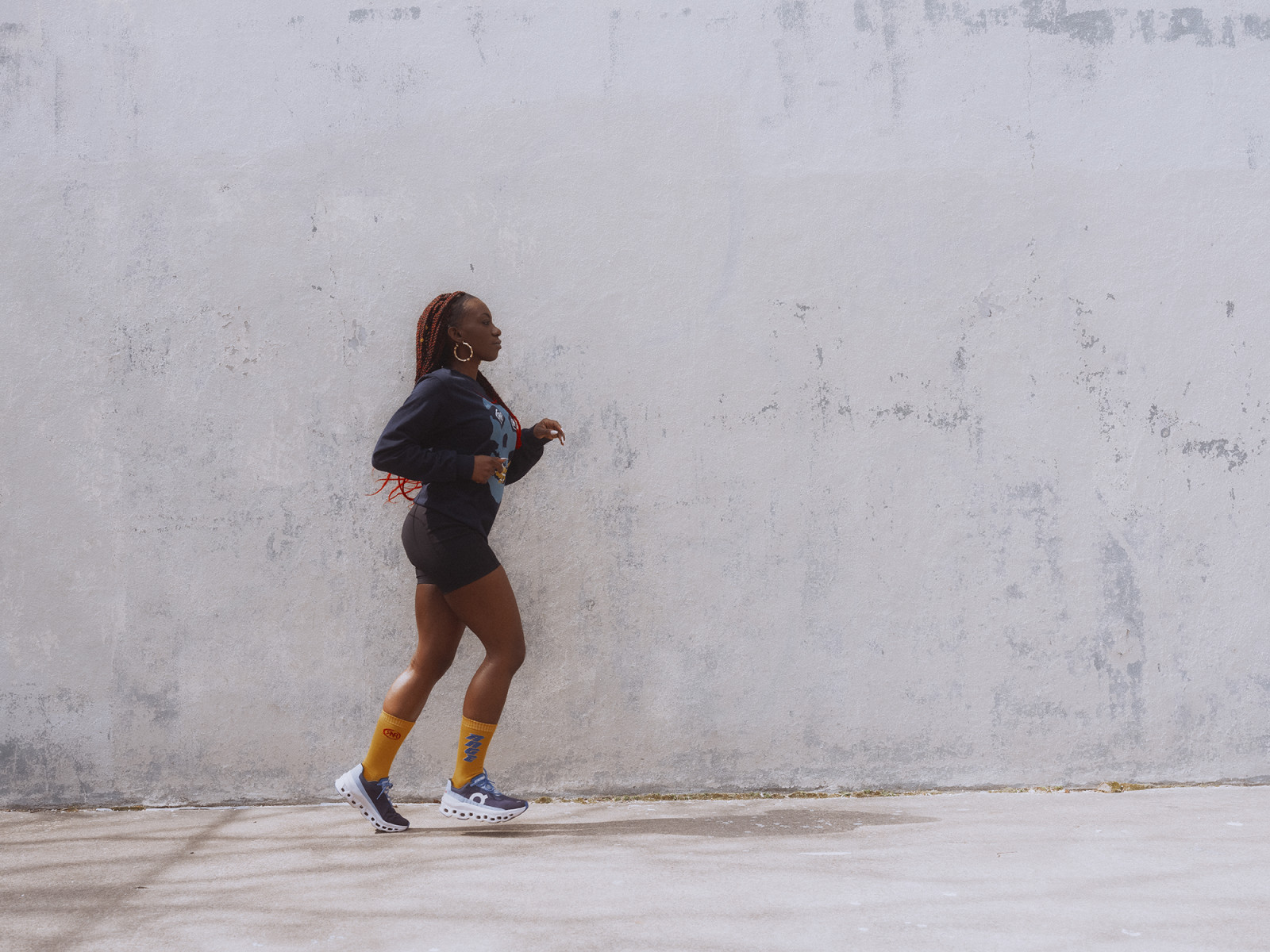