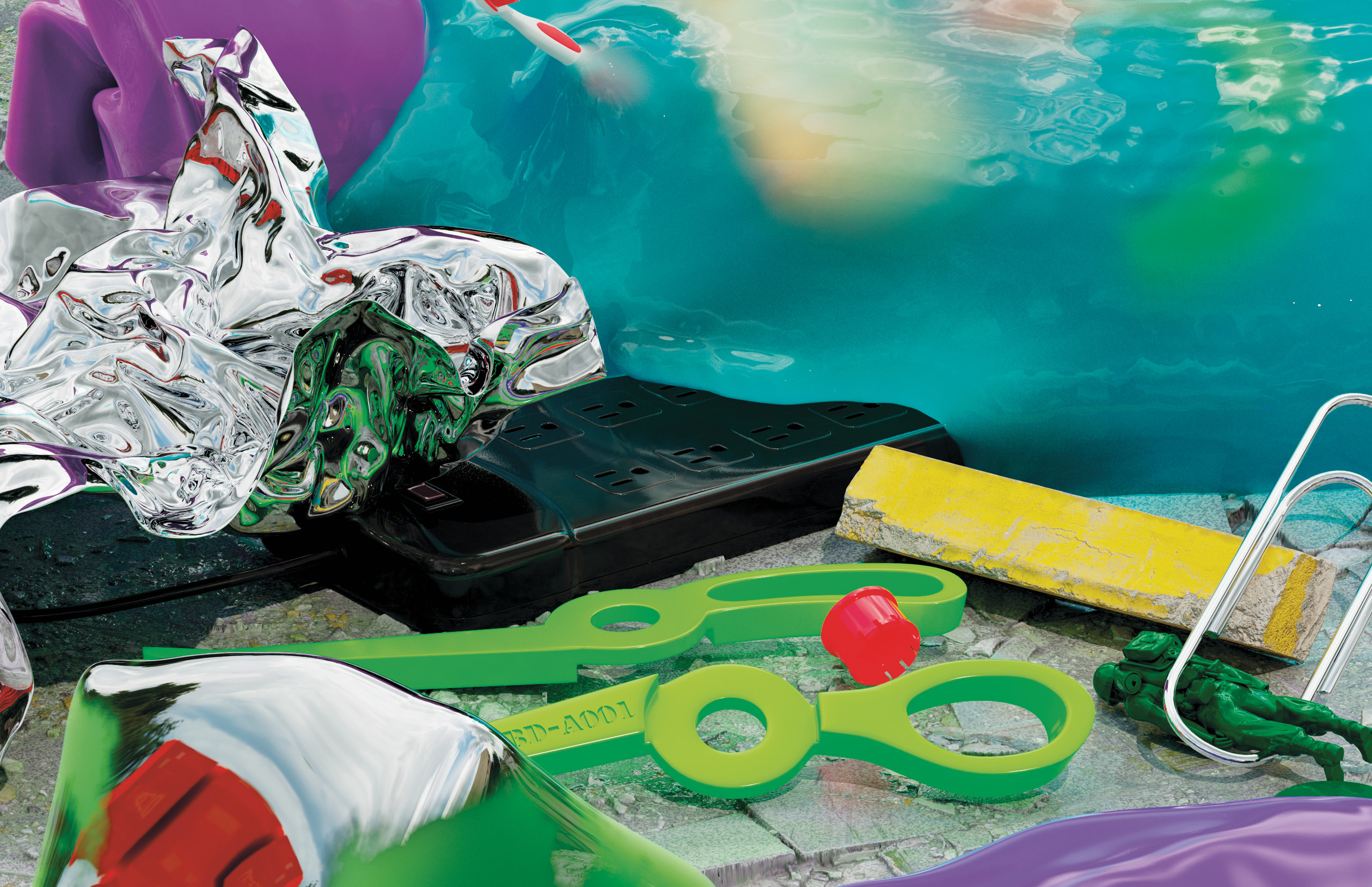 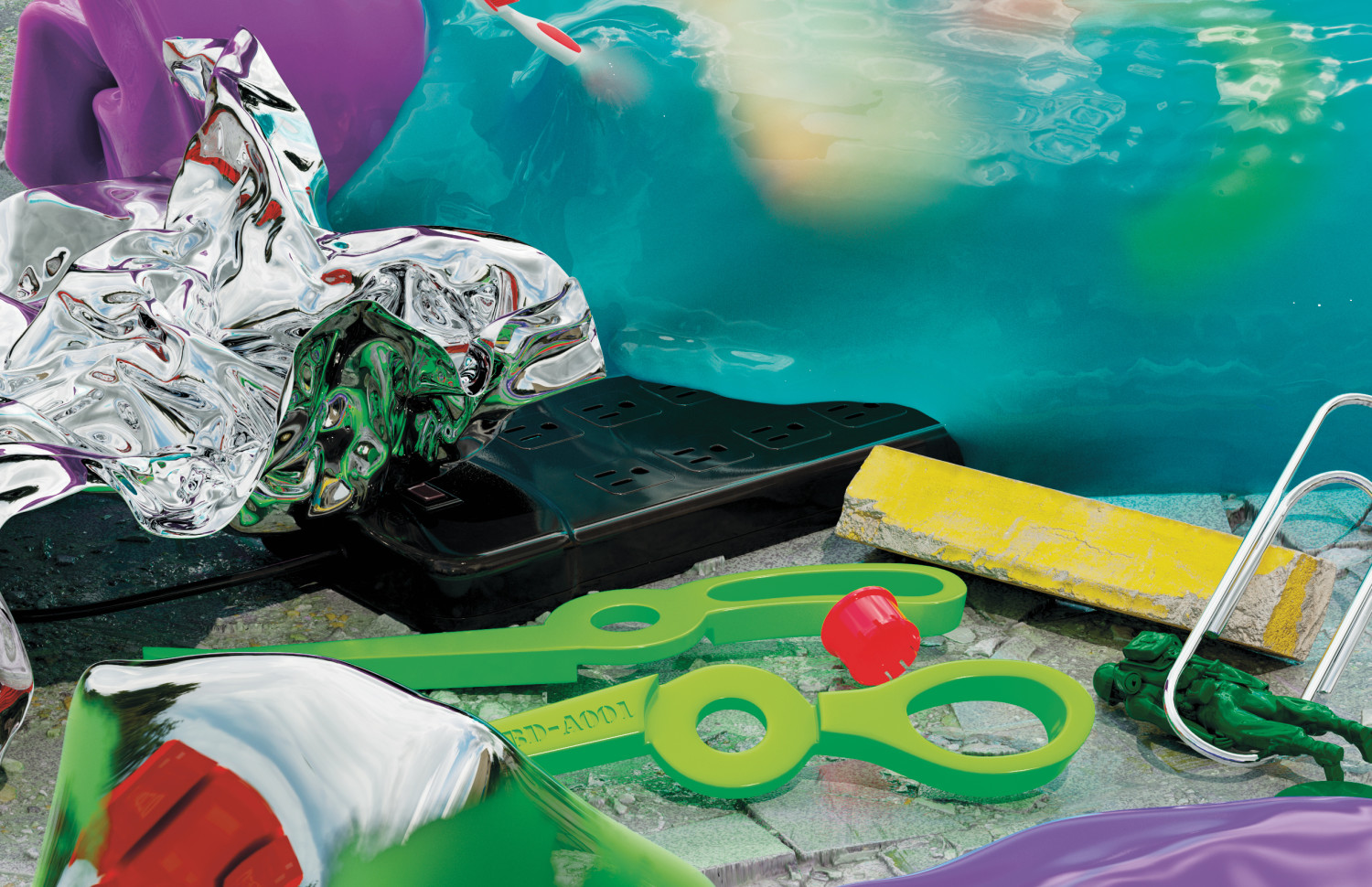 This article originally appeared in Volume Six of our magazine.

The first attack came out of nowhere.

I was sipping a latte at my local coffee shop one morning when suddenly I had to throw up. Slicked with sweat, I barely made it to the bathroom before projectile vomiting into the sink. Once the floodgates had opened, the vomiting wouldn’t cease.

Somehow I made it home, discreetly puking into potted plants along the way. I spent the rest of the day in the bathroom, evacuating the contents of my stomach into the toilet every few minutes with clockwork precision long after there was nothing left to retch but bile. It felt like dying or, less hyperbolically, like the worst stomach flu I could imagine. In between waves of nausea, I laid on the cold bathroom tile and cried. 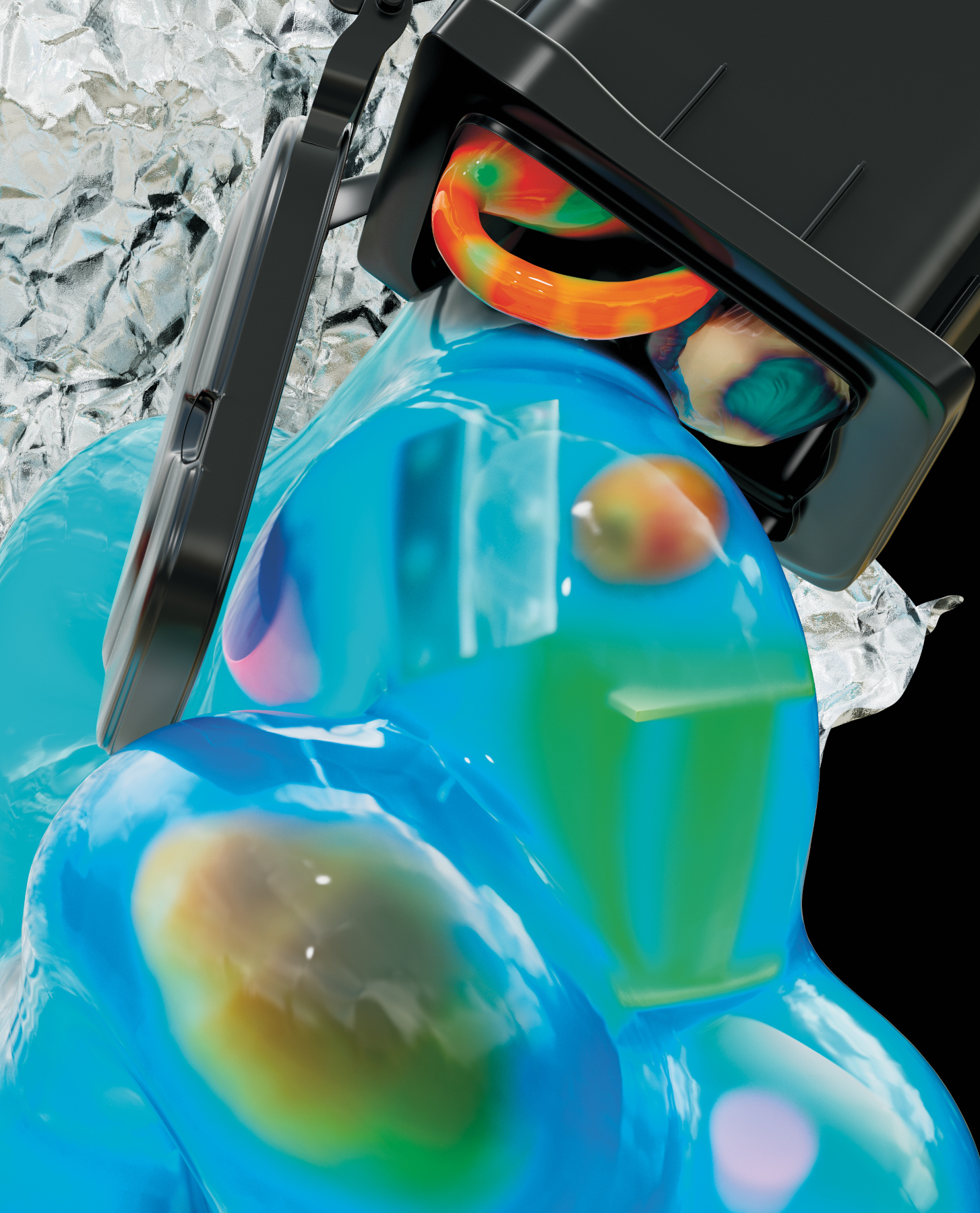 Two months later, it happened again, sabotaging a trip for Thanksgiving. Then I got sick on New Year’s, and the symptoms lasted for several days, obliterating any possibility that I just had a particularly nasty hangover. I had a working theory that the episodes were related to my birth control, so I had my IUD replaced—and then removed—on the assumption that hormonal fluctuations were to blame, but no dice. I kept getting sick, again and again, seven times total in the span of a year.

While I really, really didn’t want to believe it, I eventually figured out that the culprit was weed. It wasn’t actually hard to deduce. When I finally mustered the courage to google “heavy marijuana use”and vomiting, the answer was right there: cannabinoid hyperemesis syndrome (CHS), a rare illness that afflicts some stoners, wreaking havoc on our digestive systems and causing the violent, cyclical bouts of vomiting I’d been experiencing.

Like plenty of anxious millennials who entered adulthood in the era of legalization, I became a bona fide weed smoker in my twenties. The emotional and creative release felt like a mental health revelation. In those early days, an eighth would last me ages. But gradually my tolerance increased, and by the time I was 30, I was smoking a lot.

I was a high-functioning stoner, though the weed seemed to take the edge off everyday anxiety and even helped me be more prolific in my day-to-day job as a writer. Other than worrying about my wallet and lungs from time to time, I felt no real impetus to cut back. That is, until I developed a chronic, debilitating illness from my habit.

Hyperemesis is just a fancy medical term for intense vomiting; morning sickness, for example, is technically called “hyperemesis gravidarum.” At the most basic level, we know CHS is caused by prolonged exposure to THC, and that there are three phases of the disease.

Before experiencing a full-blown puking attack, people with CHS go through an initial “prodromal” phase where they might feel a little nauseous in the morning but are otherwise fine. At this point, most people have no idea that they’re sick. In fact, lots of folks wind up ingesting more weed, thinking it’ll alleviate their symptoms. And that can work for a while—until it doesn’t.

It might take days, weeks, or months, but eventually, your body enters the hyperemetic phase. My puking episodes often came on midmorning. Like many CHS sufferers, I intuitively took hot baths to ease my nausea, but nothing I tried—Dramamine, PeptoBismol, a heating pad on my stomach—could stop the vomiting. It felt like my guts were scraping themselves clean from the inside and wouldn’t rest until the offending toxin had been purged. 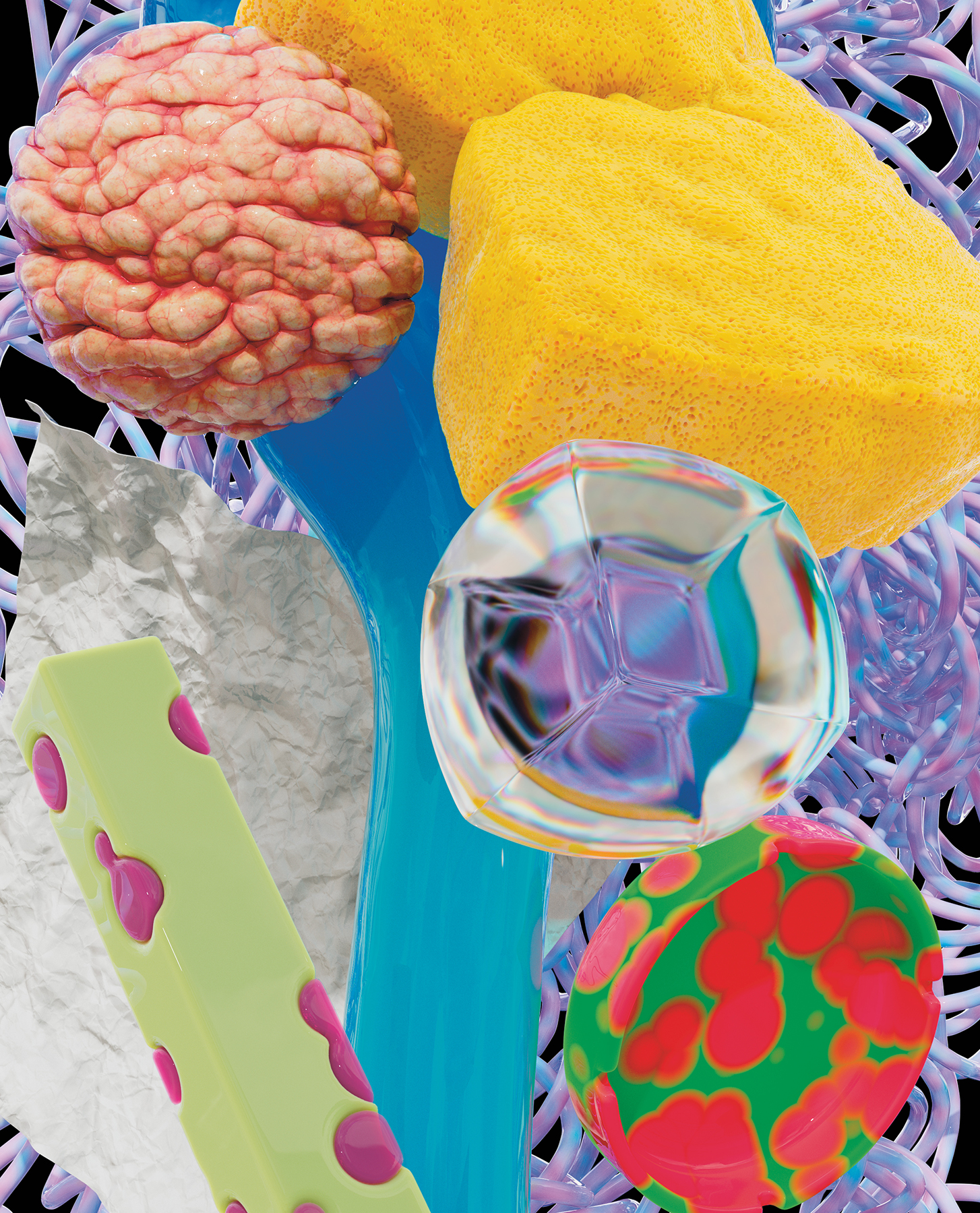 My attacks lasted about 24 hours on average, but some people can’t stop throwing up for days or weeks, which is when CHS can easily turn deadly. In the CHS recovery groups on Facebook,you’ll find harrowing accounts of people who experienced kidney failure, seizures, and medically induced comas, mostly as a result of extreme dehydration. Hyperemesis can continue until you stop smoking weed, which is when the recovery phase starts and symptoms disappear. But if you fall back into your habits, the cycle is likely to start all over again.

CHS is hard for people to wrap their heads around, especially because cannabis is widely celebrated as an anti nausea drug. It’s one of the main reasons Marieka DeVuono, a researcher at the University of Guelph in Ontario, Canada, started studying the disease in the first place. Her advisor, Dr. LindaParker, is one of the foremost experts on the link between weed and nausea. (Dr. Parker’s work focuses on therapeutic uses for chemotherapy patients.) CHS was first identified back in 2004, but as weed became both more potent and easily available, the number of cases exploded. People turned to Dr. Parker for answers, and she tasked her assistant, DeVuono, with investigating why cannabis was making some users gravely ill.

As DeVuono patiently explained to me over Zoom, understanding the connection between our brains and our guts—and how THC interacts with both—goes a long way toward explaining what might be happening to people with CHS.

Basically, cannabis alters the normal functioning of the body’s endocannabinoid system, known as the ECS, which regulates things like mood, sleep, stress response, appetite, memory, digestion, and even fertility. While there’s a lot we still don’t know about the human endocannabinoid system and how it works—scientists only discovered it in the 1990s—experts hypothesize its job is keeping the body in homeostasis and thus running smoothly.

My attacks lasted about 24 hours on average, but some people can’t stop throwing up for days or weeks, which is when CHS can easily turn deadly.

To send messages throughout the ECS, your body naturally produces molecules called “endogenous cannabinoids” that mimic those found in the cannabis plant, like THC and CBD. (The compounds found in weed—and in the tinctures, edibles, topicals, and other products we now have on the market are called exogenous cannabinoids.) Both types of cannabinoids, endo and exo, bind with receptors found throughout your body to signal to the ECS that it needs to take action. THC specifically has an affinity for one particular receptor—known as CB1 and that interaction is essentially what makes you feel high.

As you might imagine, there are tons and tons of these endocannabinoid receptors in your brain, but DeVuono noted there are also scads of them in our guts. Humans have something called a vagus nerve, which connects your stomach, intestines, and esophagus to your brain. For some, when THC binds with the receptors in their guts, they stop digesting food properly, which over time can cause the gnarly digestive issues I’ve been talking about.

“One of the big questions is, why does this not affect all stoners? Because it doesn’t seem to be everyone, and we actually don’t know the percentage of cannabis users with hyperemesis. That still hasn’t been pieced apart,” DeVuono noted.

We do know that everyone’s distribution of endocannabinoid receptors is different. That’s one of the reasons “it’s kind of hard to know what kind of experience someone’s going to have when they take cannabis, depending on how their receptors are spread out,” DeVuono told me. In other words, this is the science behind why some people prefer certain strains over others it all comes down to how cannabis molecules are tickling your endocannabinoid receptors. DeVuono hypothesizes that CHS could be closely related to anxiety disorders, which tracks, personally.

The Facebook groups preach abstinence as the only “cure” for CHS, and they’re technically right. The only way to make sure you don’t trigger an attack is to abstain. After my latest bout of sickness, I gave up my stash and went cold turkey for a while.

The first few days were rough. I was weepy as hell, having vivid bad dreams and night sweats. Then, with thesage guidance of Brené Brown’s podcast, honestly, I pushed through it and started to feel much better. Things were in focus. I felt calm and present in a way I hadn’t for a while. I had lots more energy, too. 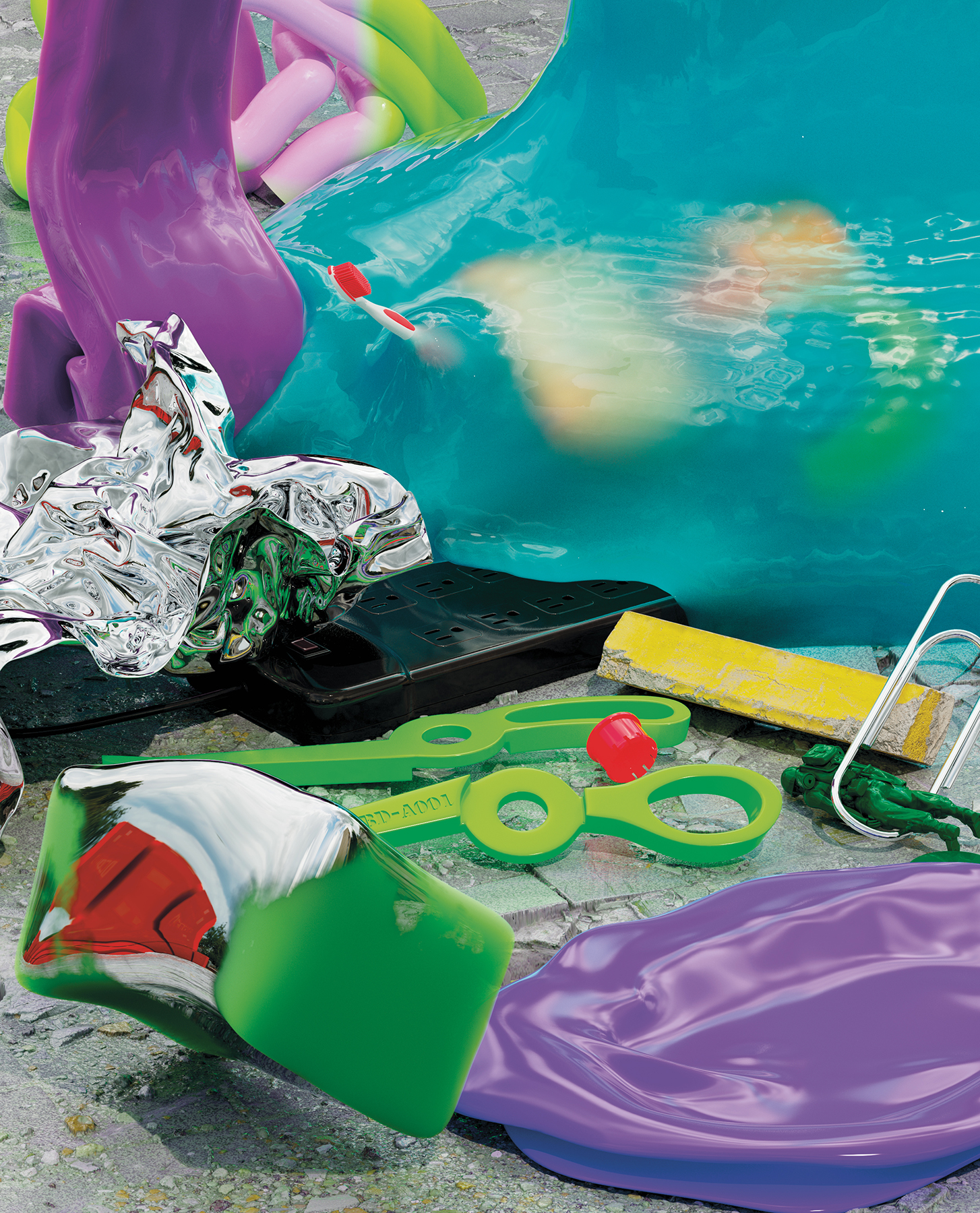 To celebrate a sobriety milestone, I decided to smoke a single joint, pure and simple, on a Friday night while carving a pumpkin and listening to records. It was such bliss. I had so much fun being goofy and dancing around my apartment, terrorizing my dog with my antics. This is why I love weed: for the uninhibited, creative, childlike behavior it helps unleash in me.

I haven’t been perfect, but the path I’m pursuing is what I’ve taken to calling “mindful moderation.” I conscientiously consume on the weekends and holidays, mostly, andI’m buying a lot less from my guy than I used to.

I called Dr. Alex Capano, the first person to earn a Ph.D.in cannabinoid studies, for a gut check about my continued use, since I’d been met with some judgement from family and figured that by putting my behavior in writing I’d be shunned by the Facebook groups. But Dr. Capano was extremely compassionate: “First of all, I’m sorry you’re dealing with that.You’ve found something that’s almost always safe, that was effective in helping you feel better and manage your anxiety. And then you’re one of the unlucky few who gets this side effect. So that sucks,” she said.

Dr. Capano was excited about my “mindful moderation” idea and thought it was a wise treatment plan for CHS provided I could stick to it. “I like that. I think that is appropriate and reasonable and probably going to be a successful solution if someone can, in fact, maintain mindful moderation,” she told me.

She added that research indicates you need chronic, high doses of THC to trigger CHS, so as long as I’m taking regular breaks, I should be okay. “You build a tolerance fast, and you lose it fast as well. So if you are conscientious of that and are really using in moderation mindfully, then I think that makes sense scientifically,” Dr. Capano said.

As they say, “knowledge is power,” and I’ve found everything I’ve learned about CHS and the science of weed to be both empowering and humbling. Understanding what THC does to my body on a molecular level has made it easier to push away cravings and “reset” every week. I want to live a long and healthy life. I also want to reap the benefits of the drug, understanding that it can have side effects.“People really want weed to be this miracle drug, but that’s not the case,” DeVuono told me. “They say you can’t die, so there’s no limit on use.” And so it’s adhering to limits—even if they are self imposed—that I am most hopeful will help me experience cannabis to the fullest. 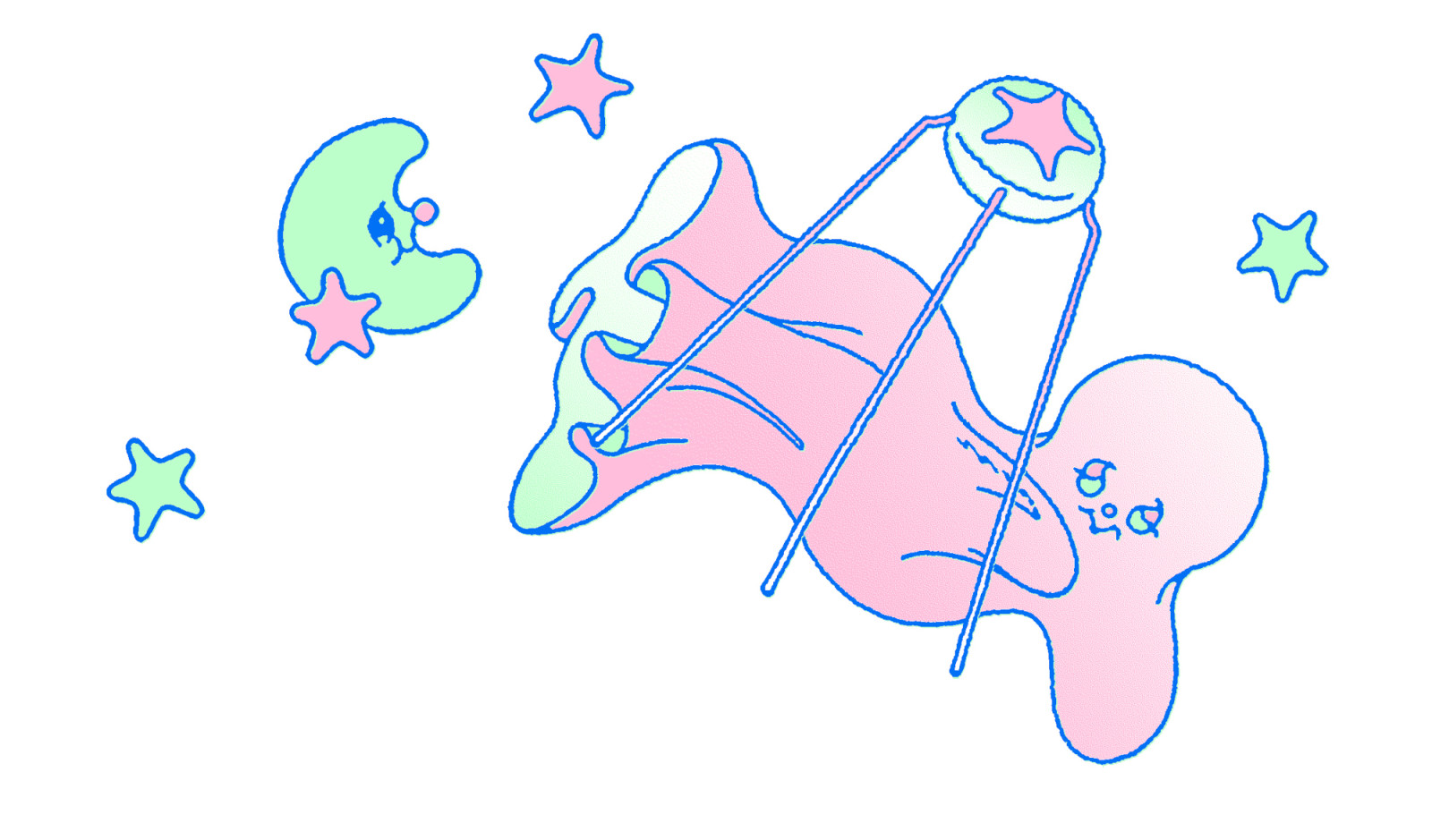 Ghosts of the Machines