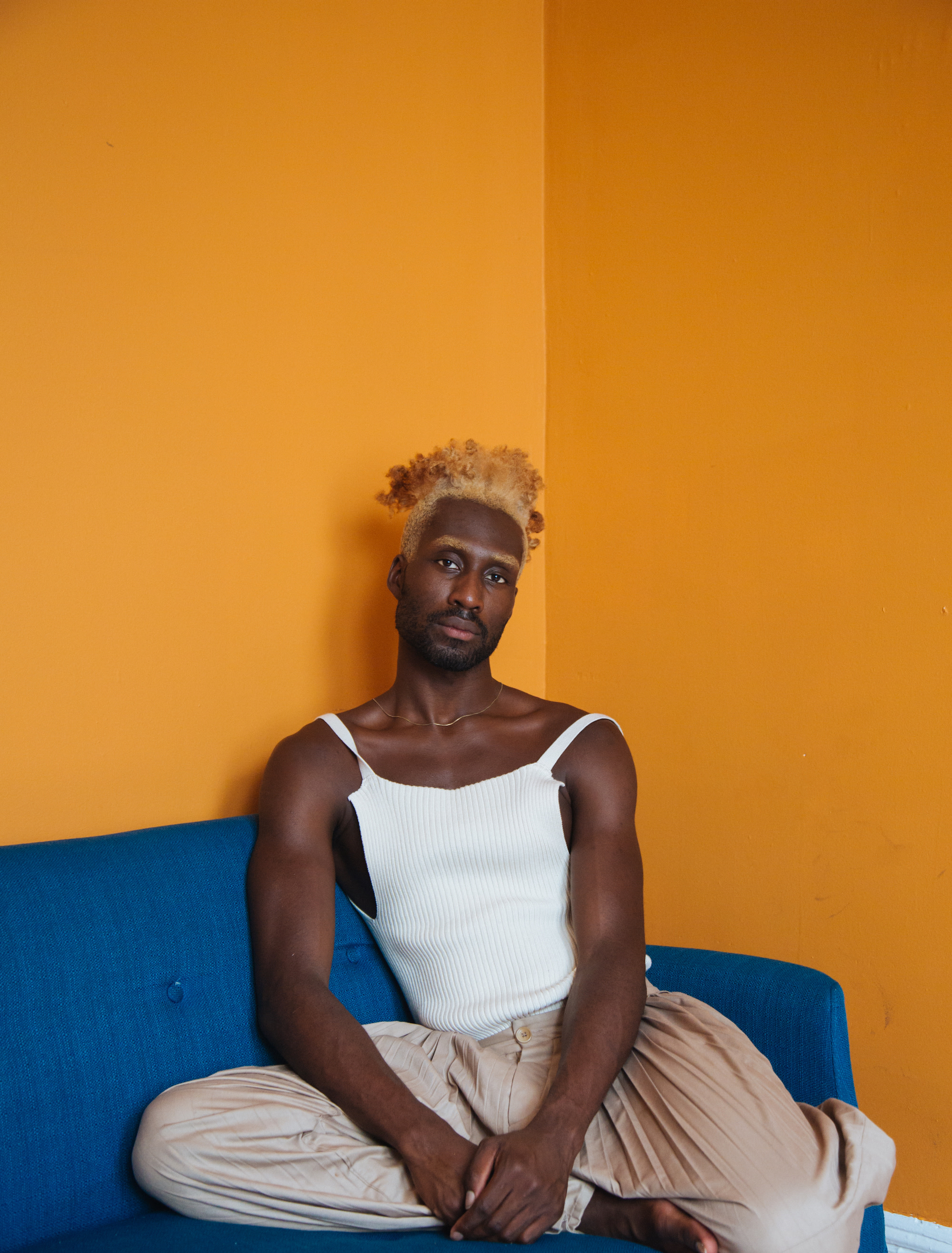 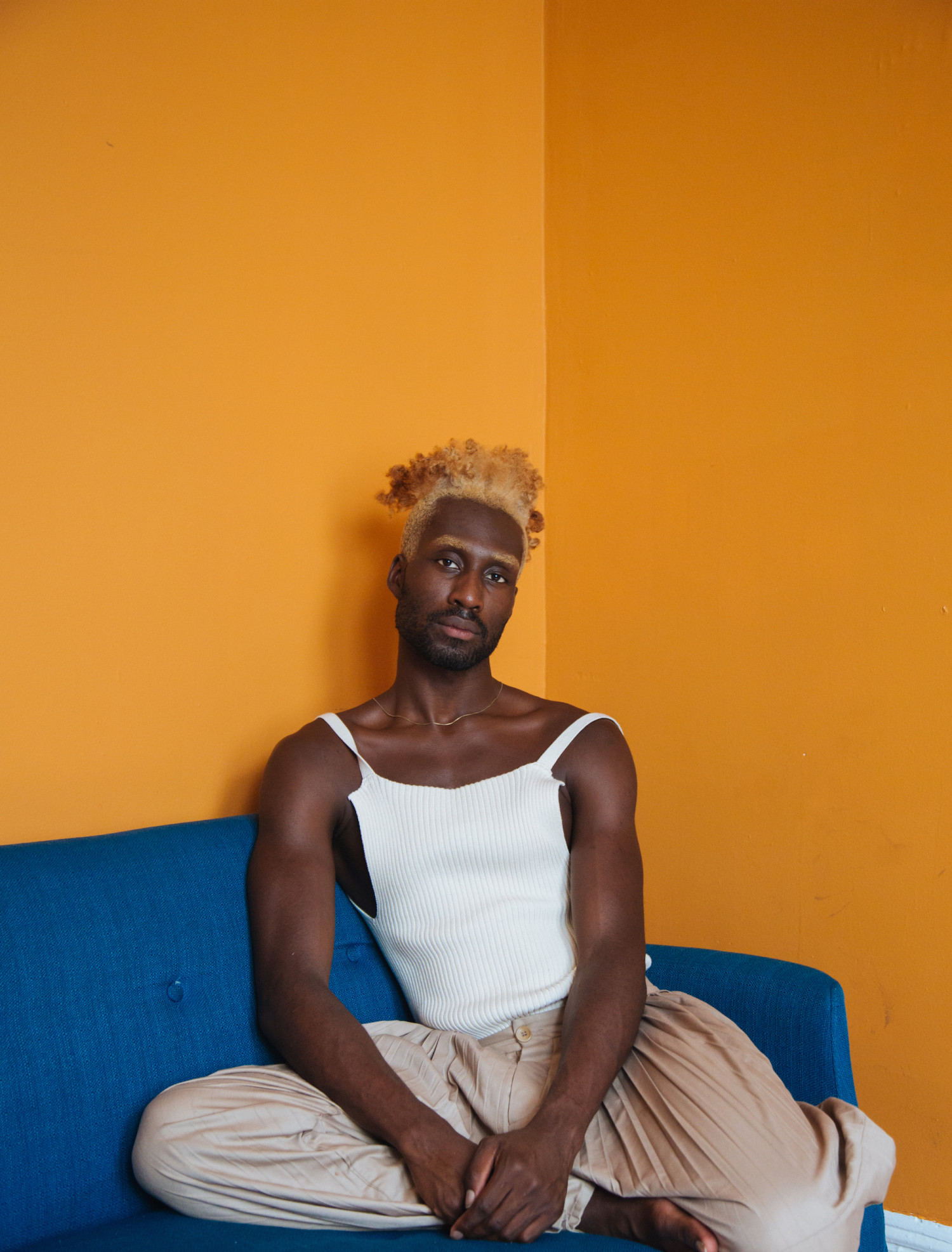 The performance artist-turned-chef on immigrant culture, activism, and rethinking what it means to share a meal.

It’s been a year since I started Yardy, which is crazy to me. We do lots of different events: dinner parties, private dinners, things that involve a lot of performance. The hosts and guests who we feature at our events tackle issues of activism—thinking about identity, thinking about sexuality, and also thinking about wellness in a more holistic sense. Our focus isn’t just food, but how food can be a catalyst for a larger experience. It’s an opportunity to talk through things that are important when you’re coming together around an idea or celebration. We ask for our audience to engage with what's in front of them and to think beyond what a normal dinner party is.

Being a queer person of color plays into the ways I think about events. I wanted to create a space in which people could feel good about having more intimate time together. A place that felt like family or that allowed you to make new connections with people that maybe you wouldn't think you otherwise could. Obviously, restaurants are great, but it’s a very classic way of sitting down. You only engage with the person in front of you. Or the only information you receive is on the menu in front of you. There’s no exchange or value that exists beyond the time you sit down and when you pay your check and leave. 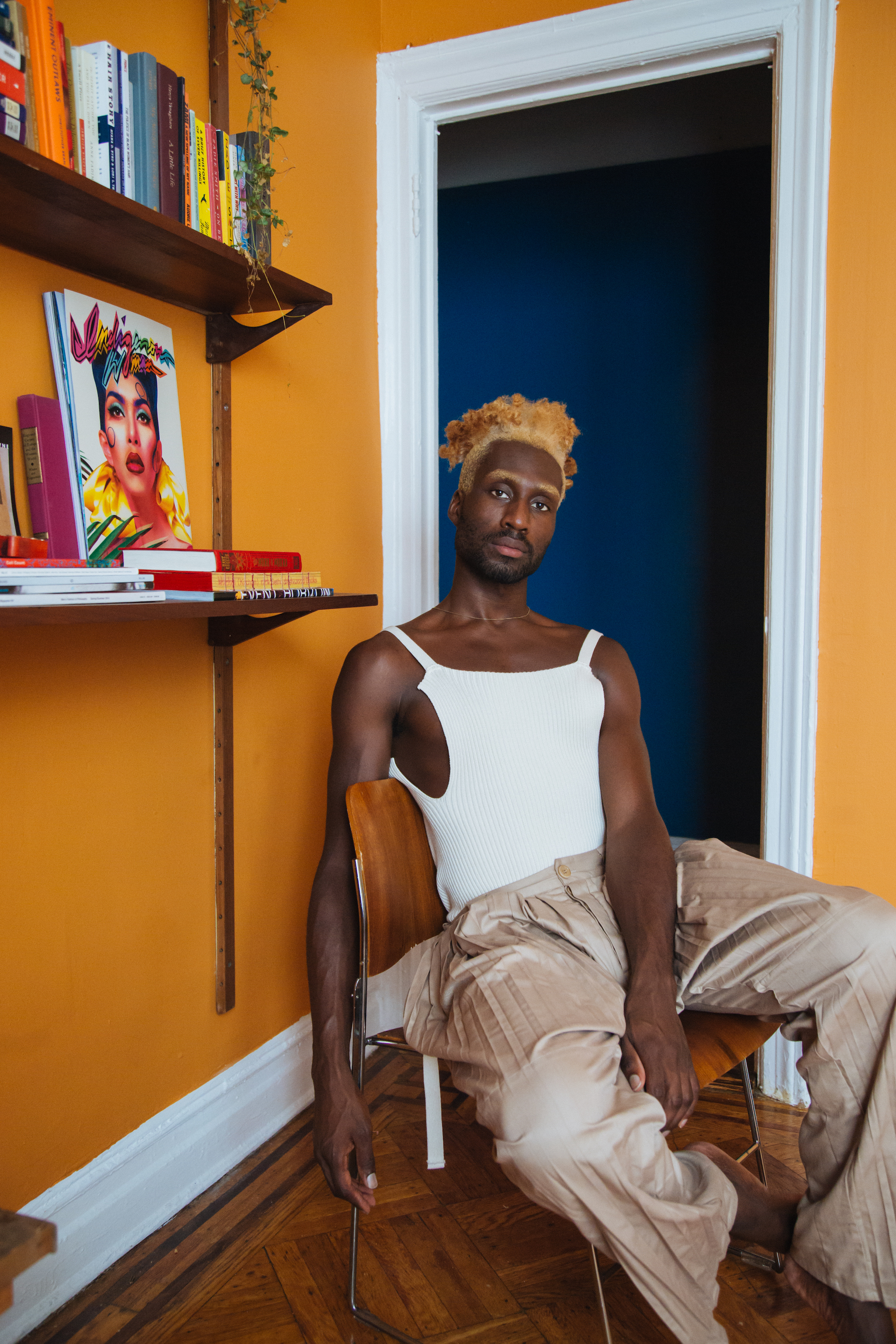 At the last dinner we did, we were trying to think about what it would look like to have a dinner where you didn’t have any utensils, and you had to put the food together yourself. The menu was all about tactility and the sensual aspects of what it means to eat and experience food. You don’t get the luxury of engaging with your full body at restaurants here. We really wanted people to explore the table, from the scents in the dish to the taste to what it actually feels like on your skin, or even the experience of simply passing things to someone else.

I don’t really have any professional training—I’m a performance artist—but I learned from watching and connecting with people in the food industry. People like Angela Dimayuga and Gerardo Gonzalez and other friends.

I jokingly say I want to create the Black Noma, but that’s something that I actually want to do. I think they have a really interesting business model where René Redzepi and his partners and collaborators have isolated the palate of a very specific region. That plays out in a restaurant setting, but at the same time, they have this educational and experimental food lab that allows them to put forward ideas of where food can go. We’re currently looking for investors so that we can open our own kitchen space.

We're in this really fun and crazy period of growth where we've been asked to do a lot of activations and interventions. The series we're working on right now involves talks and programming around Caribbean culture and identity. It’s inspired by tropical and coastal regions in terms of flavors, but also sounds and colors and shapes. I’m Jamaican—my parents were both born there—so there are also traces of the ideas of diaspora and immigration; we’re really thinking of what it means to be living in a new context. 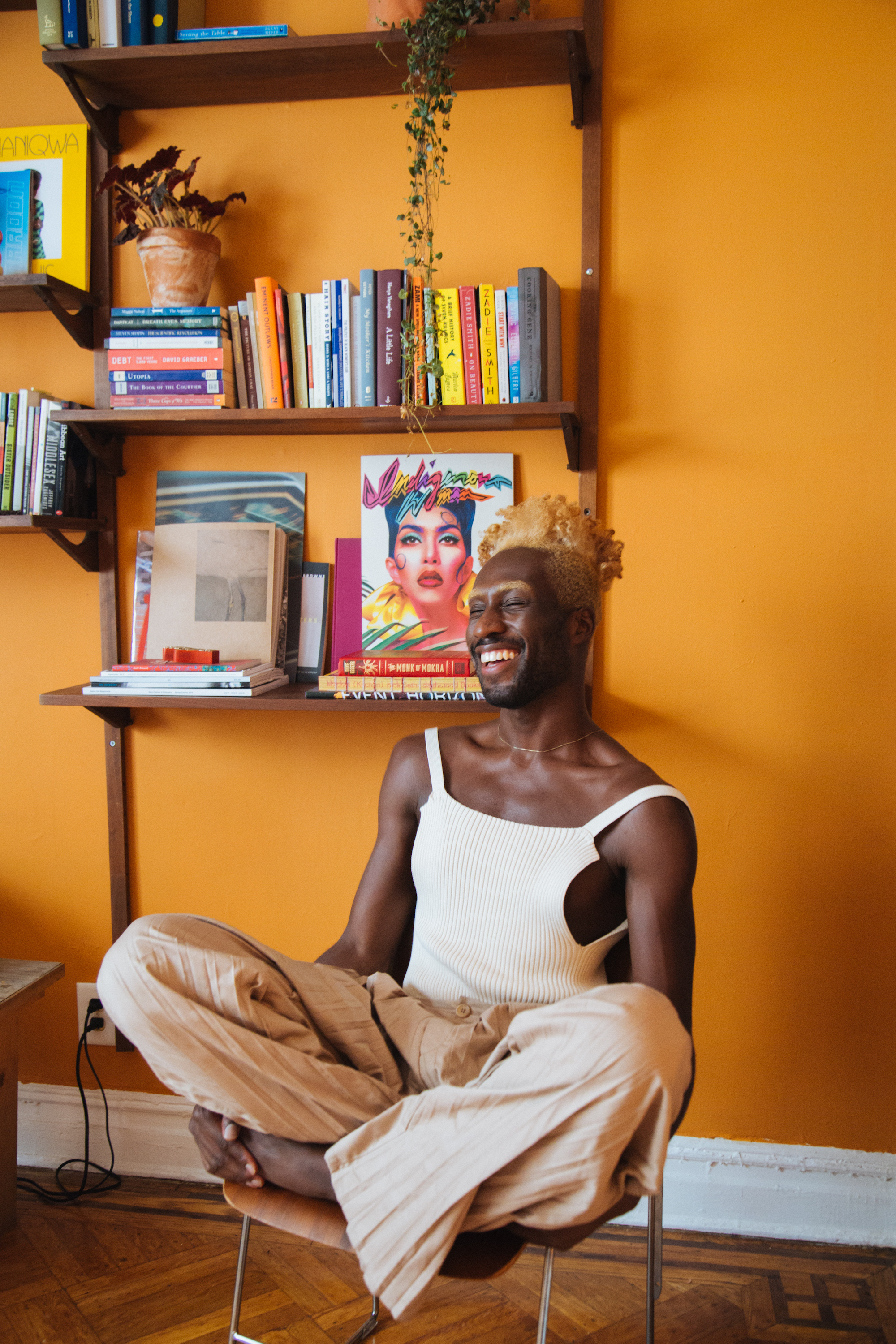 I was a military kid. My dad joined the Navy when he was 18 to sort of escape the strictures of his father. He was like, “I gotta get the fuck out,” and so my parents moved a ton before I was born. New York, Chicago, Maryland, up there in North Carolina, South Carolina, and finally settling in Virginia. I grew up in Virginia Beach, which is a classic, funny, semi-conservative beach town in Virginia. It’s Southern, but it feels more like a place that’s trying to be coastal.

My entire family basically migrated to New York in the ’60s, early ’70s, so I would spend my summers there. It’s always felt like a second home. It was a place where a lot of family gatherings happened. We’d travel up for birthdays and weddings and anniversaries. That’s a huge aspect of what inspired me to create events. My family has always been entertaining, and that sort of generosity has been a big part of how I want to interact and spend time with my guests.

It was difficult for a very long time, not feeling sure what safety was like being a queer person in Jamaica.

I recently took a trip to Jamaica. I still have family there, and I hadn't been since I was about seven. So almost two decades later, I went to the house that my mom grew up in. Her dad and brothers and sisters still live there, and I just wanted to connect with them, have a conversation with them, and really lean into getting to know that side of my family.

It was difficult for a very long time, not feeling sure what safety was like being a queer person in Jamaica, not knowing how they would receive me as a fully formed adult. But I realized it was something I had to do for myself. I hadn’t been to Jamaica since I’d finished high school and college, let alone started the company. I feel like fear keeps people from learning about themselves, so I just wanted to engage and spend time there. I wanted to make a point to go see them. 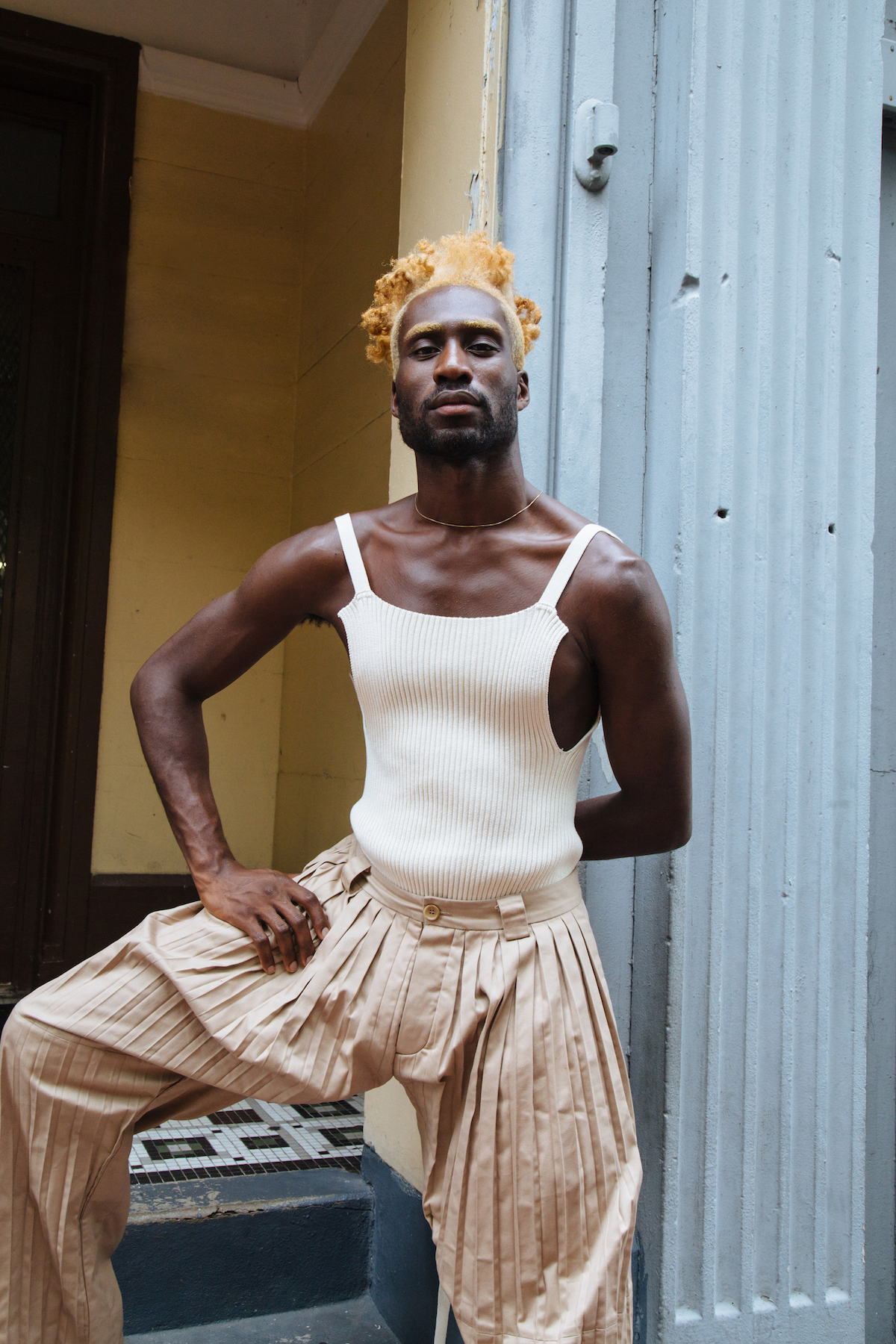 Both my grandmas cooked, so at family gatherings, we definitely had the staple Jamaican foods. But home in our immediate family, we had a mix of the classics and things like TV dinners, meatloaf, and macaroni and cheese. The funny thing is that the passage over to the U.S. was like this claiming of modernism: canned foods and eating Vienna sausages and having things that felt like convenient staples was an ideal of modern living. It was breaking away from the traditions where you have to eat only classic foods or operate in a very classic way. But on Saturdays and Sundays, my mom—who was working and raising three kids—would always make things that were reflective of the food she had growing up.

When you interact with other people outside of your family sphere, you realize that people think about food very differently from you. There are different ingredients, textures, scents, flavors, and smells that people don't really understand and appreciate just because they come from a different place. A lot of people don’t like the toughness of goat, or the very potent flavor profile of curry, or the texture of oxtail. And for a long time, I didn’t either. I was like, can I just have french toast or a burrito or something super commonplace?

I remember being at school and feeling very different in a lot of ways, feeling very disconnected from my peers because they were either people that didn't look like me or didn't eat the way I ate. I was one of the more dark-skinned people in my peer group, and kids are just kids and don't know how to address things, so it was like, “Why is your skin like that? Why don’t you look like this?” The push and pull of wanting to fit in starts at a young age, and I think food is one of the main ways that plays out. I can’t make someone believe in the cultural ideas I want them to, and I can’t share my skin with them, but I can share my food. It opens up a dialogue.

I don’t smoke, but I do use CBD oil. And that’s something that’s really helped me.

I think that being Jamaican or Caribbean, a lot of people assume that I smoke a lot of weed. Or that I have a very specific and informed relationship with cannabis. But I’ve actually never been that type of person. I was raised in a very religious household, so cannabis is a funny, complicated space for me. For any drug at all, it was like, “Oh my God, you can't do that. You're going to hell.”

I don't even drink coffee—anything that makes me feel like I'm not in control of myself. Actually, that’s kind of a lie. I think in the past few years, especially because I started a company, I'm like, “I'm stressed; I need something to feel different.” So I don’t smoke, but I do use CBD oil. And that’s something that’s really helped me. I think it’s a great thing that exists for people. 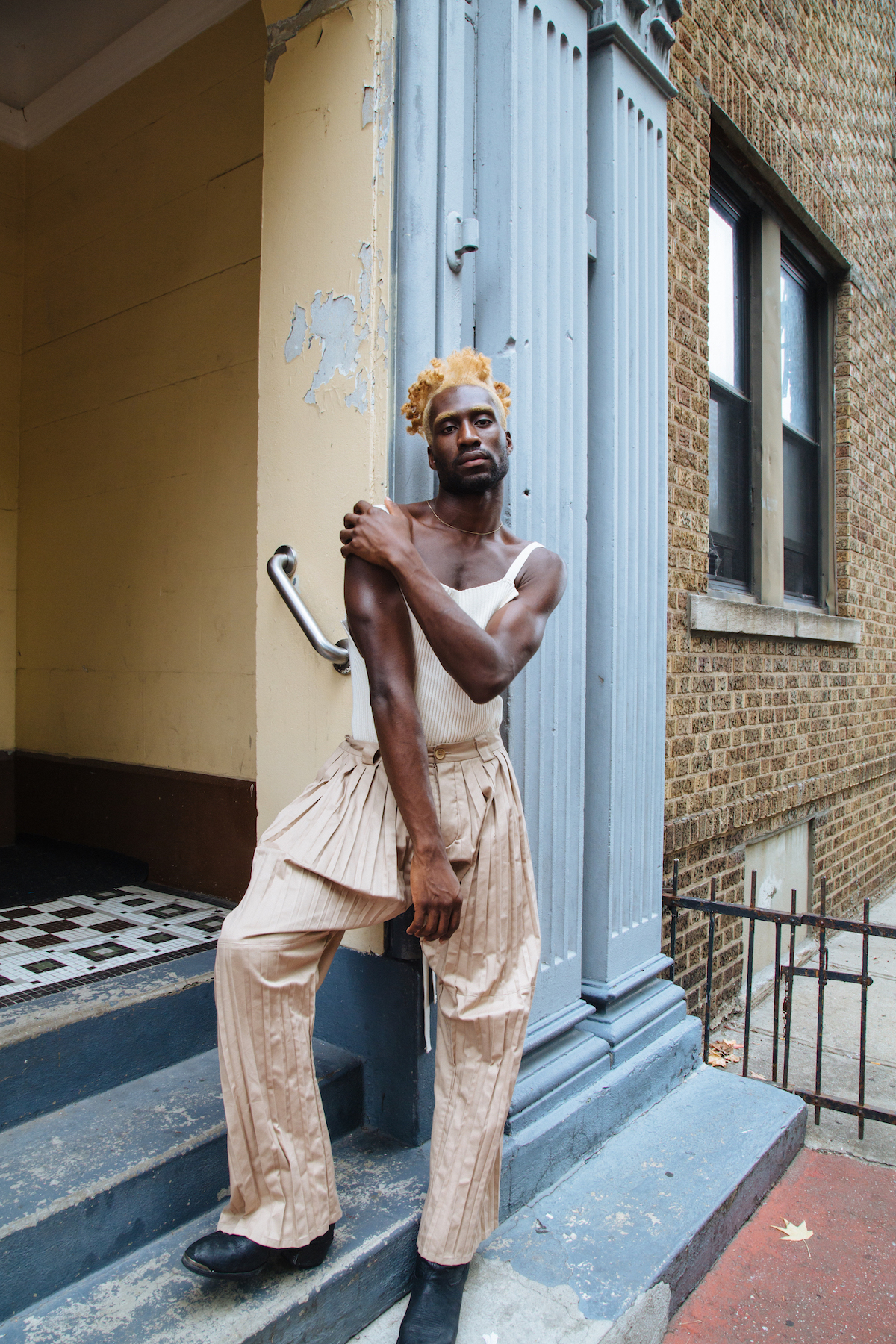 I'm excited to explore more and think about what it means to engage in the politics around cannabis—how people make money, and how some people are put in jail for it. It’s a really good dialogue to have, and I think that Rastafarian culture, and the way that they think about cannabis, is important to this larger conversation.

We just did a dinner for the ACLU at the Standard in Miami about issues around immigration and deportation, specifically regarding what’s happening with the changes in the temporary protective status for people coming here to raise money to send back home. The cool thing is that, after we had the dinner, the hotel allowed us to put two items on the menu, and every time someone ordered one from room service or at the beach bar, that money would go to the ACLU. Organizations usually just do big one-off dinners, so it was really nice to create a structure that can have a lasting effect on how they’re being supported—one that allows people to realize that their buying power actually has value. 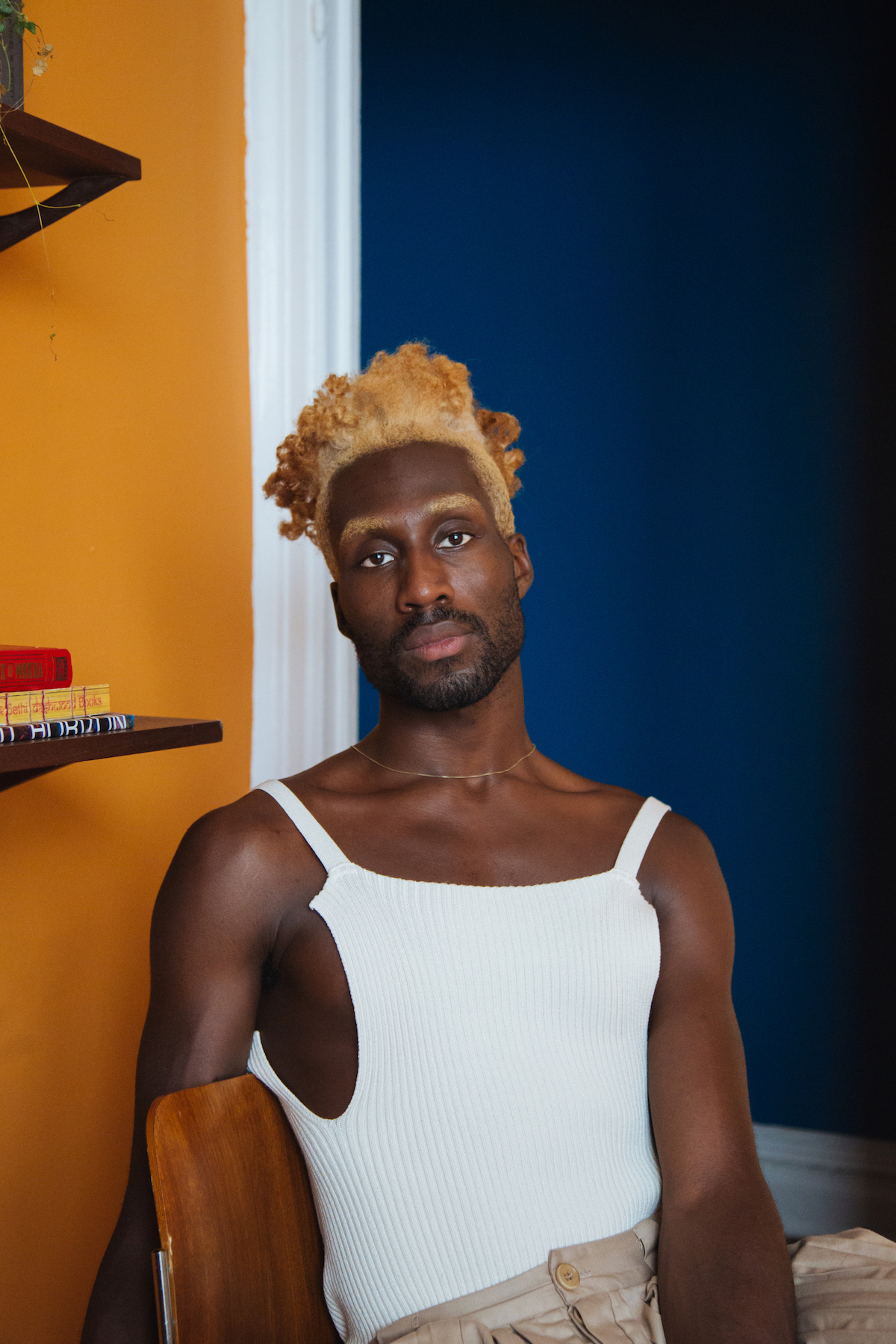 This conversation has been edited and condensed for clarity. DeVonn Francis photographed by Naima Green at his home in Brooklyn. 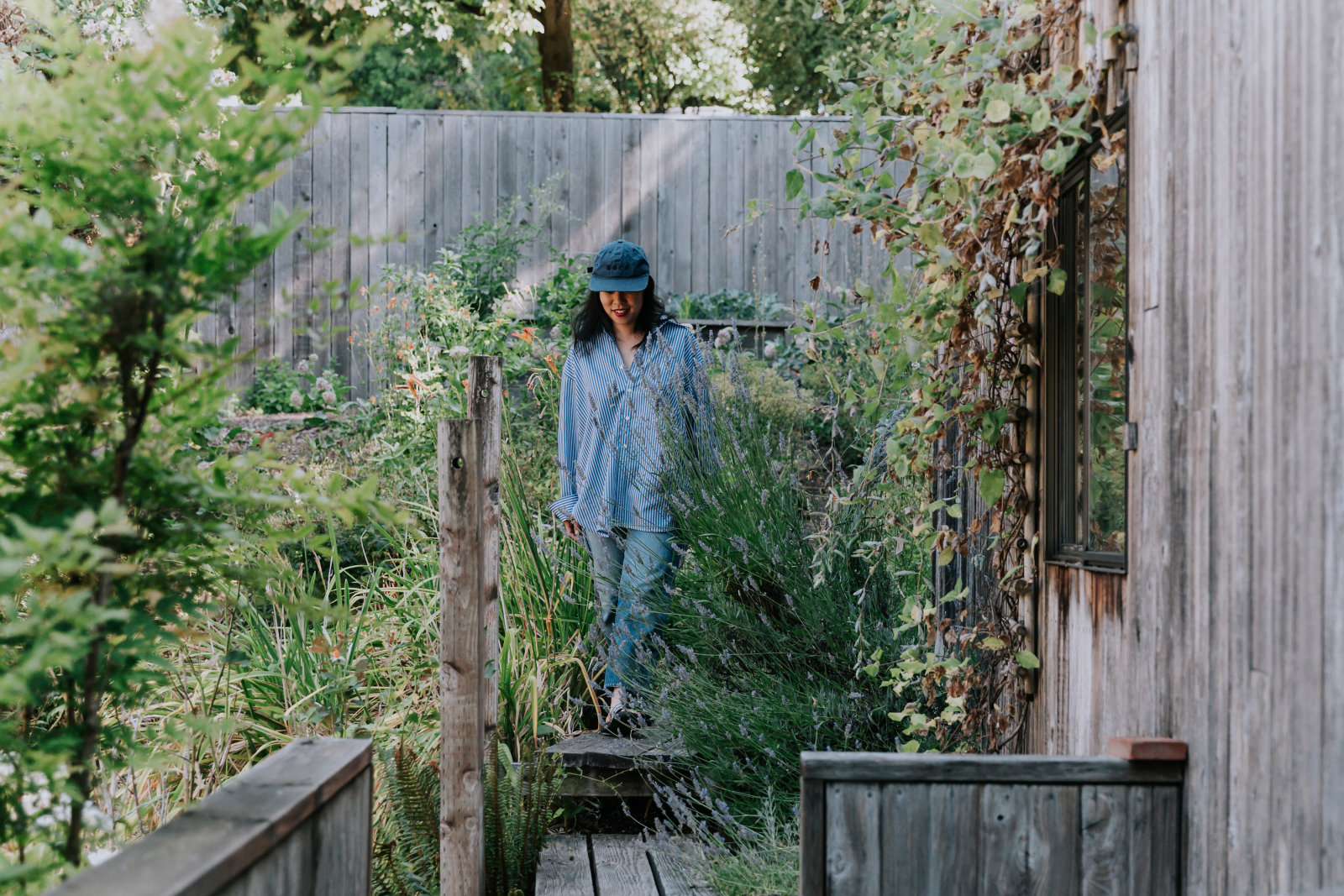